If you love movies then you should think about a movie-themed vacation or road trip. There are so many amazing locations used in filming that you can visit all around the world. From destinations in the U.S to Europe and the Middle East, here are just a few to get you started:

Who hasn’t been scared out of their wits by this iconic monster fish? Most of the filming took place at Martha’s Vineyard in Massachusetts, a beautiful and exclusive location that can only be reached by air or boat. Steven Spielberg used local residents in the making of Jaws, including the two young sons of Chief Brody. This is a great place to visit during the summer, without a shark in sight! 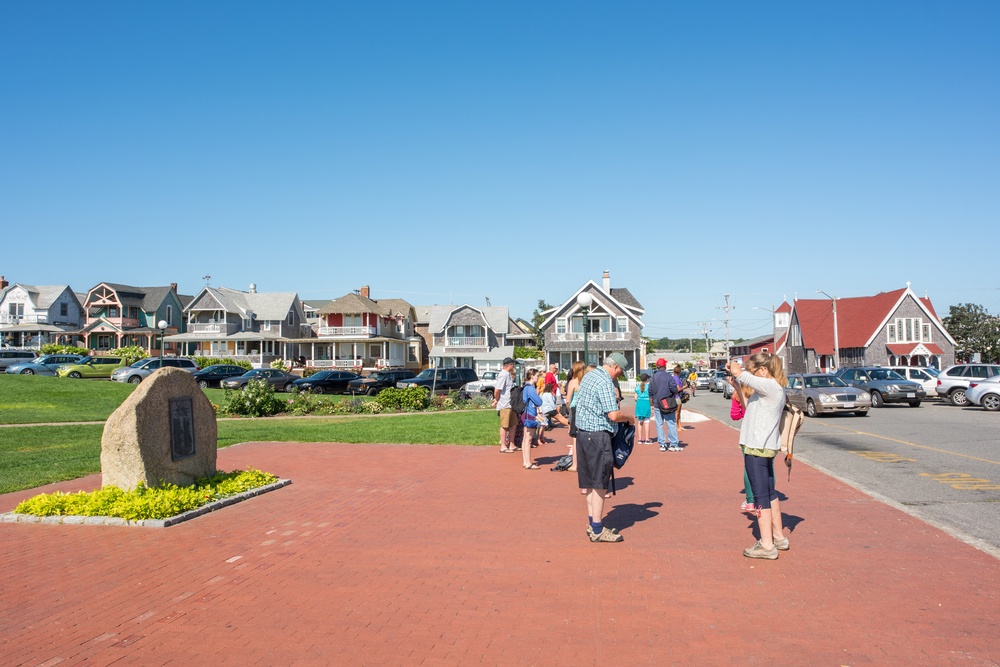 This feel-good British classic from 1999 starred a love-struck Hugh Grant and Julia Roberts. The posh, pretty streets of Notting Hill in London provided the backdrop to the movie, featuring the iconic Portobello Road markets and all the quaint English charm you could hope for. London has been used in hundreds of movies and is the perfect place for tons of history, Buckingham Palace and of course, the vibrant Notting Hill Carnival. 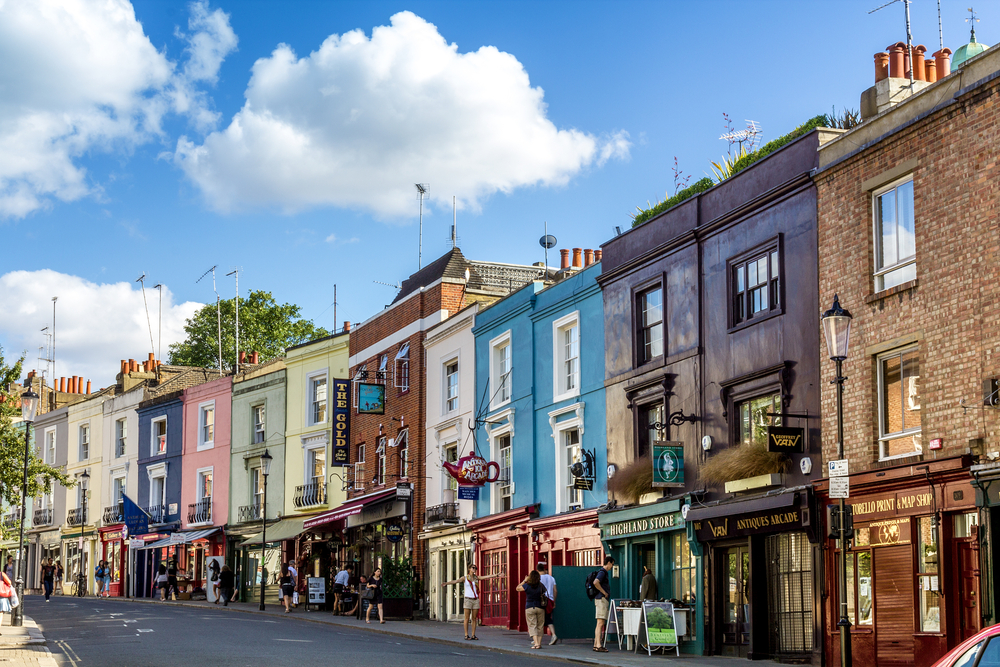 This fast-paced thriller starring Tom Hanks is based on the highly successful books of author Dan Brown. Visit the stunning Vatican City, the location for the murky world of The Illuminati in the story. If you love history, symbolism and the mystery of ancient teachings then a pilgrimage to the home of Roman Catholicism will fascinate you. The movie uses mocked up film sets but a visit to the real thing is far more interesting. 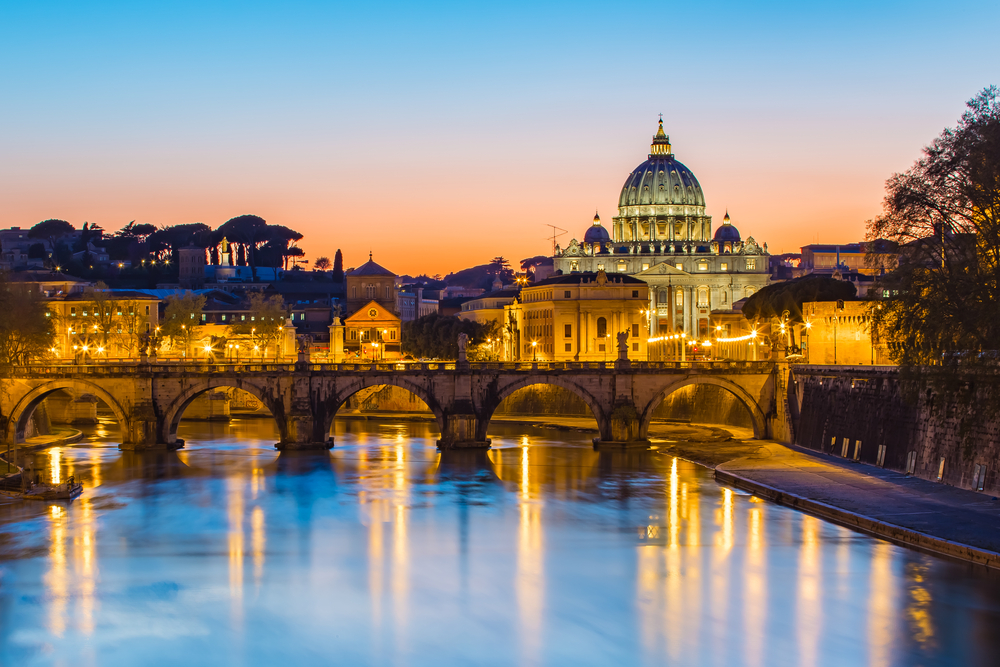 You’ll be sleeping with the lights on after watching this horror by Stanley Kubrick. Menacingly acted by Jack Nicholson, the location of the real-life Overlook Hotel is the Timberline Lodge in Mount Hood, Oregon. You’ll only recognise the exterior though as all the inside scenes were filmed in a studio in England. It’s an imposing place that will give you the chills as you remember Jack with his axe! 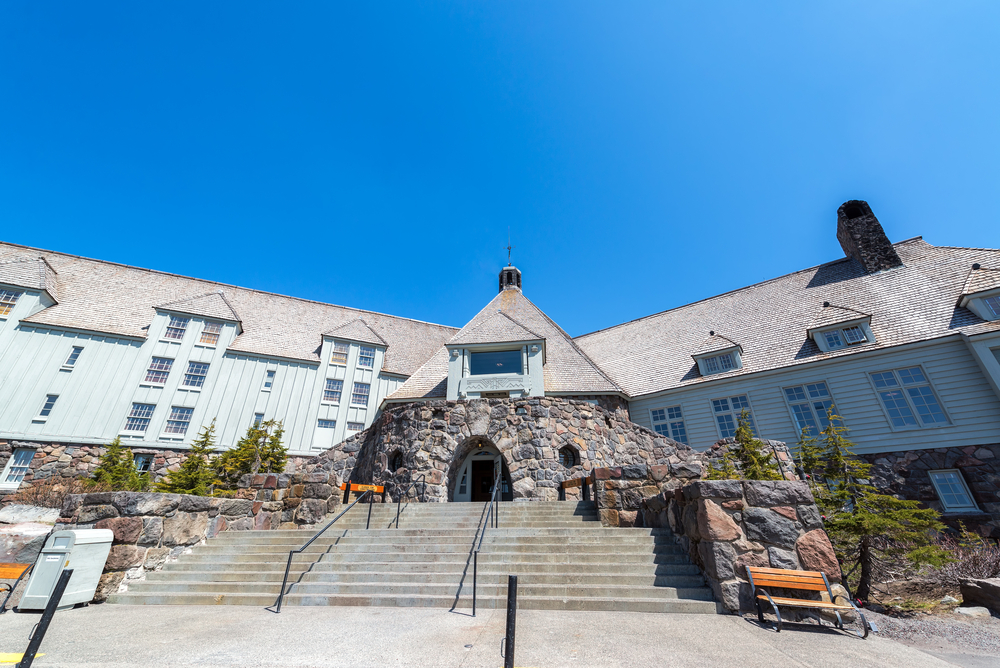 On the subject of horror, the terrifying occurrences at this house have been the subject of ten movies! The movies are based on the book by Jay Anson about the Lutz family who moved into a house in the town but were so tormented by evil spirits, they only lived there for 28 days. Prior to them moving in, six members of the same family were murdered in the house in 1974. The house stands at 112 Ocean Avenue in Amityville. 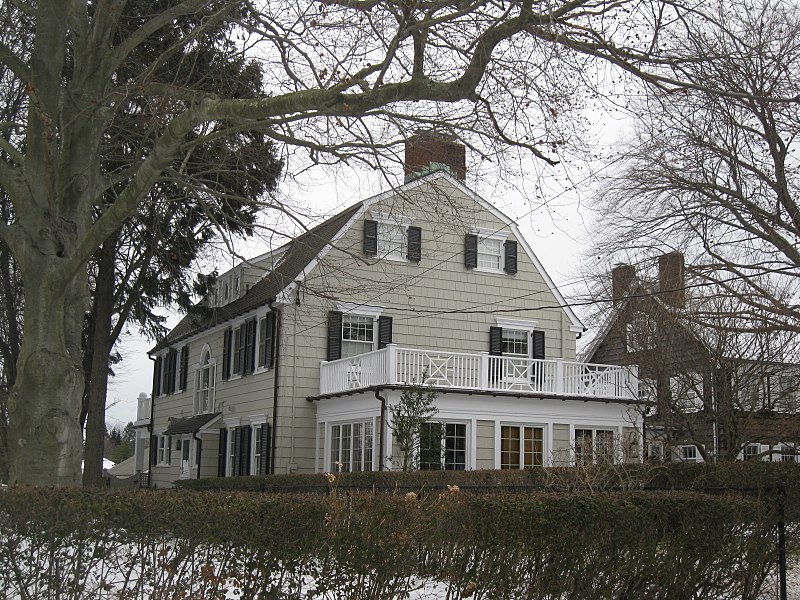 If you want to walk in the footsteps of the intrepid Katniss Everdeen in the huge 2012 blockbuster then you’ll need to head for the stunning wild beauty of DuPont State Forest in North Carolina. This is the location chosen for the ‘games’ in the first movie due to its wonderful scenery of craggy peaks, deep lush greenery and hidden waterfalls. The sci-fi hit was based on the books by Suzanne Collins. 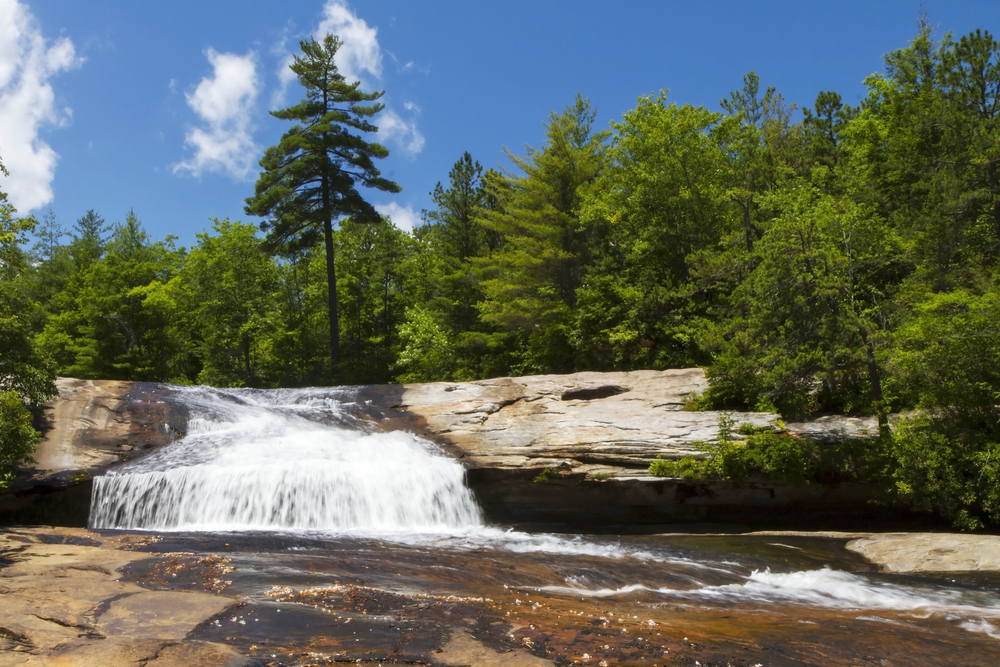 #7 The Sound Of Music

This timeless classic is loved by millions and if you’ve always pined for your own moment singing on the hilltops then head to Salzburg in Austria. The Von Trapp family start their musical story here and this is where most of the filming took place. The magnificent palace can be found on Georg von Trapp Strasse in Aigen, just south of Salzburg. 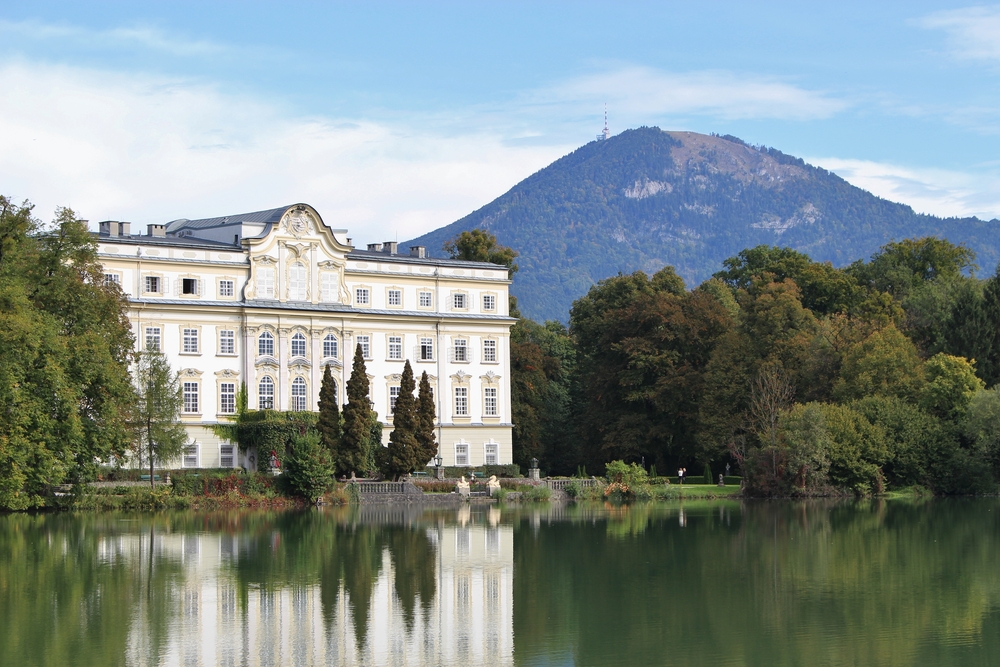 It’s off to sunny Greece to see the locations from this ABBA musical extravaganza. ABBA fans will go wild for the soft, sandy beaches and authentic Greek tavernas of the island of Skiathos. Sing your way around this stunning island in the Aegean Sea and soak up the sunsets over white-washed Mediterranean villages with warm, sea breezes and fantastic Greek hospitality. 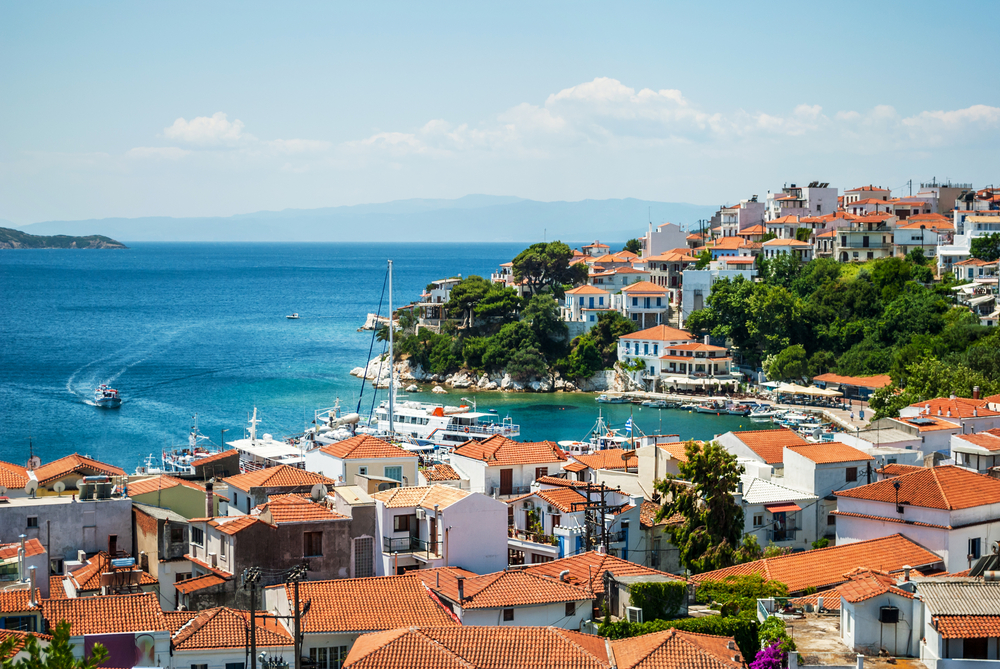 Who can resist the charm of this heart-warming tale of two brothers on a road trip from Ohio to LA? Dustin Hoffman and Tom Cruise excel in this movie about autism, gambling and two brothers learning to understand one another. Using his amazing mental capabilities, Tom Cruise takes his autistic brother to play blackjack in Las Vegas. Caesar’s Palace was used for the filming so head there to pay homage and if you’re feeling lucky! 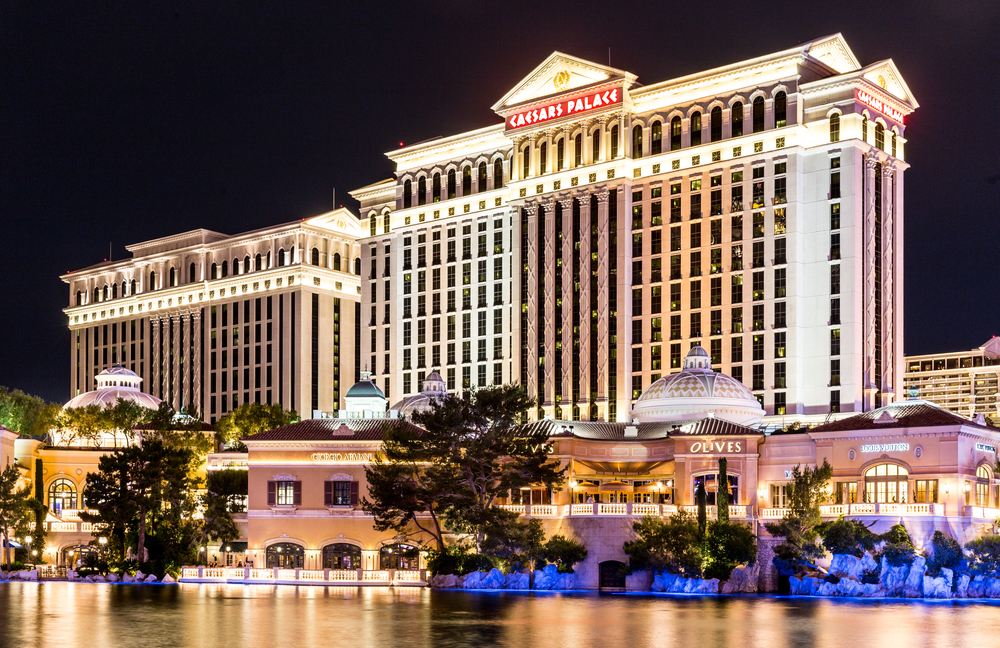 #10 Indiana Jones And The Last Crusade

Fancy your own treasure-seeking adventures? Petra in Jordan was used for filming the third Indiana Jones movie as the ancient city has the most incredible scenery. In the story, the Holy Grail is said to rest in the ‘Canyon of the Crescent Moon’ which in reality is the Al Khazneh building. The amazing sandstone carvings and Greek-styled architecture make this a stunning building that must be seen. 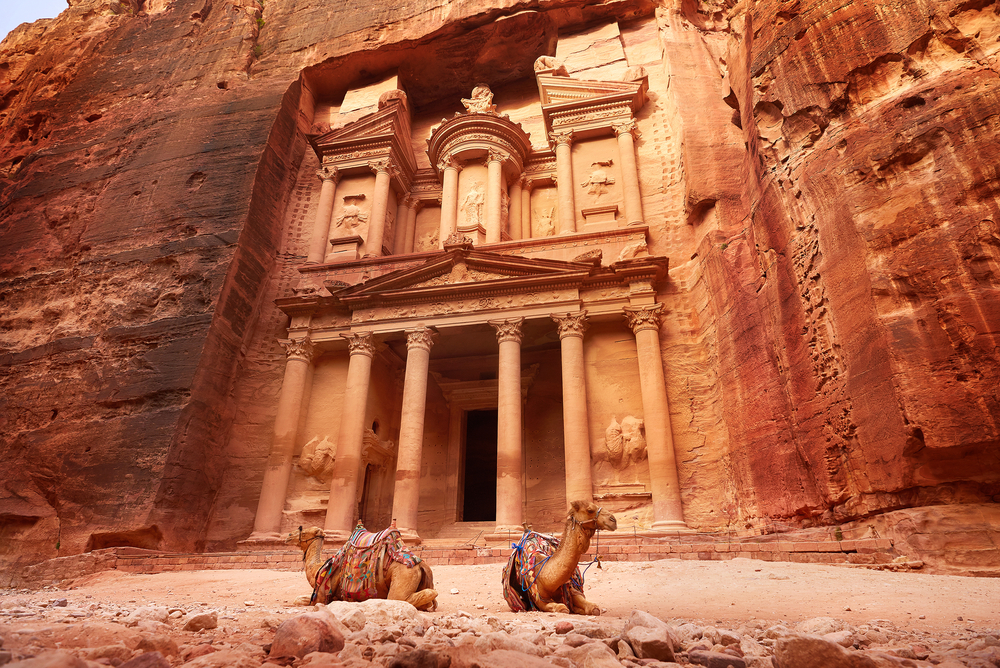 The iconic Firehouse is a real location you can visit. It sits at 14 North Moore Street, New York City and is home to a genuine operational New York Fire Department company. The exterior of this building was used in the movies but the interiors were located at another firehouse in Los Angeles. This firehouse is no longer in operation but was preserved as a Historic Cultural Monument that you can visit at 225 E.5th Street. 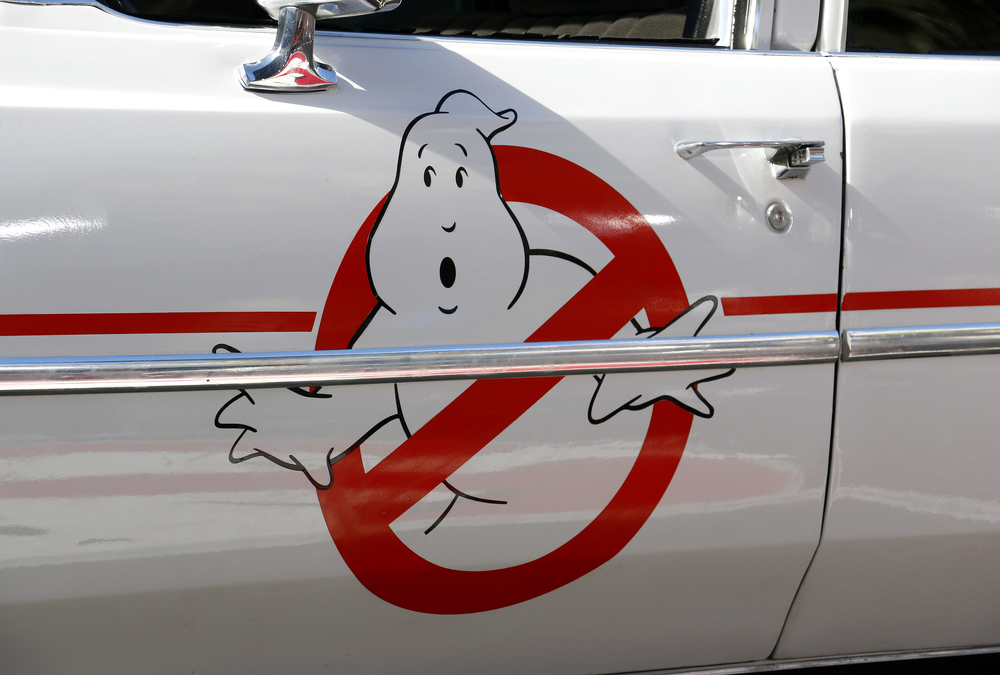 Another movie from the Hunger Games trilogy makes the list for the breath-taking location that it used for the Tributes’ Training Base in the movie. It’s actually a hotel in Atlanta, Georgia – the Marriott Marquis located at 265 Peachtree Center Avenue NE. It was chosen due to its unique atrium, one of the biggest anywhere in the world, with stunning glass elevators giving it a futuristic look. The 10th floor was used for the Tributes’ living quarters and an extra set was built on the roof. 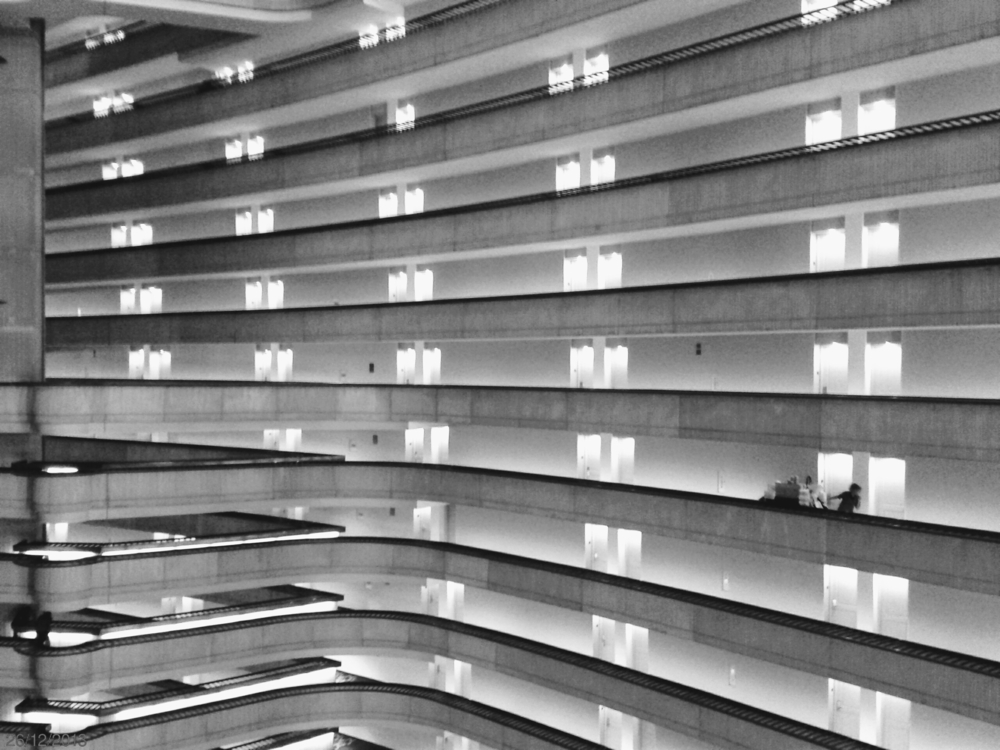