Nothing spoils a day at the beach like a jellyfish sting! These often invisible, bell-shaped blobs have long trailing tentacles which are not easy to spot whilst swimming or wading in the sea. Their tentacles contain venom from thousands of tiny barbed stingers and, although stings can cause extreme irritation and pain, they can usually be looked after with first aid unless you’re unlucky enough to encounter one of the more dangerous varieties! Here is what you should and shouldn’t do when dealing with a jellyfish sting:

#1 Seek out a Lifeguard

Do exit the water as calmly as possible to lessen the chance of being stung again. Do seek out the nearest available lifeguard in order to receive first aid treatment from someone with the relevant equipment and training. They will know when, if the need arises, to call emergency services should the injured person have a severe allergic reaction or you suspect the sting came from a box jellyfish.

Don’t panic. Chances are the injured person will just be rather uncomfortable for the next few hours as it’s rare for severe reactions to occur. Staying calm will also help you to remember the do’s and don’ts of dealing with a jellyfish sting as soon as it occurs. 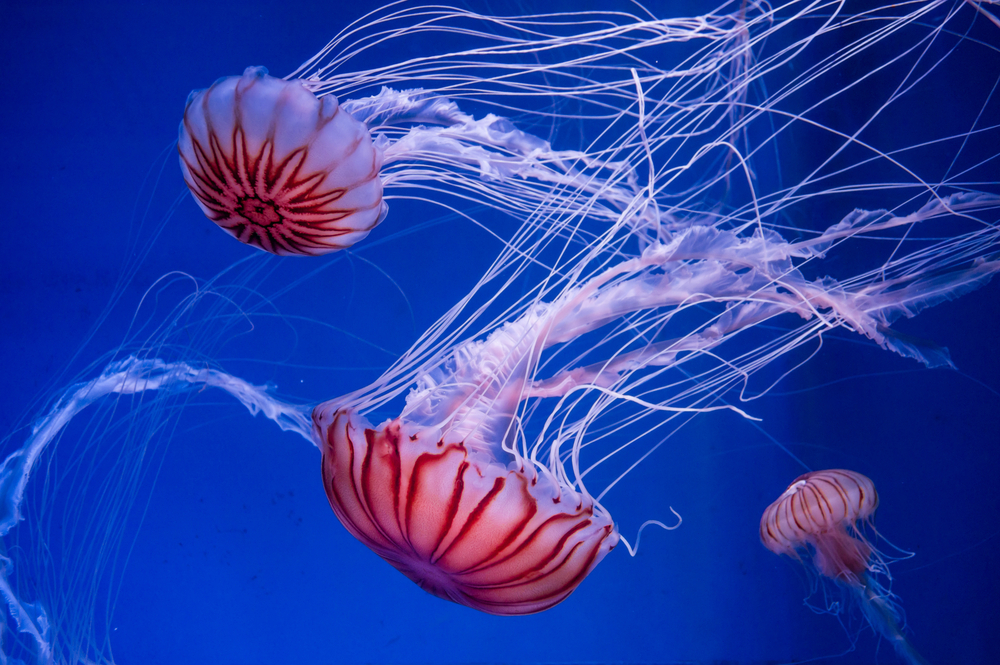 #2 Should I Touch the Sting?

Don’t touch it or be tempted to scratch it as there will likely be tentacles still attached to your skin and aggravating them will only release more venom and spread it to other parts of your skin. It is often said that using a credit card to scrape along the sting site will release any tentacles but this could in fact leave you in more pain – so don’t do it! This action will only add pressure to the wound and spread the venom around on the surface of your skin.

Do douse the sting with vinegar for about half a minute which has been proven to neutralise the stinging cells and works on stings from a variety of jellyfish. 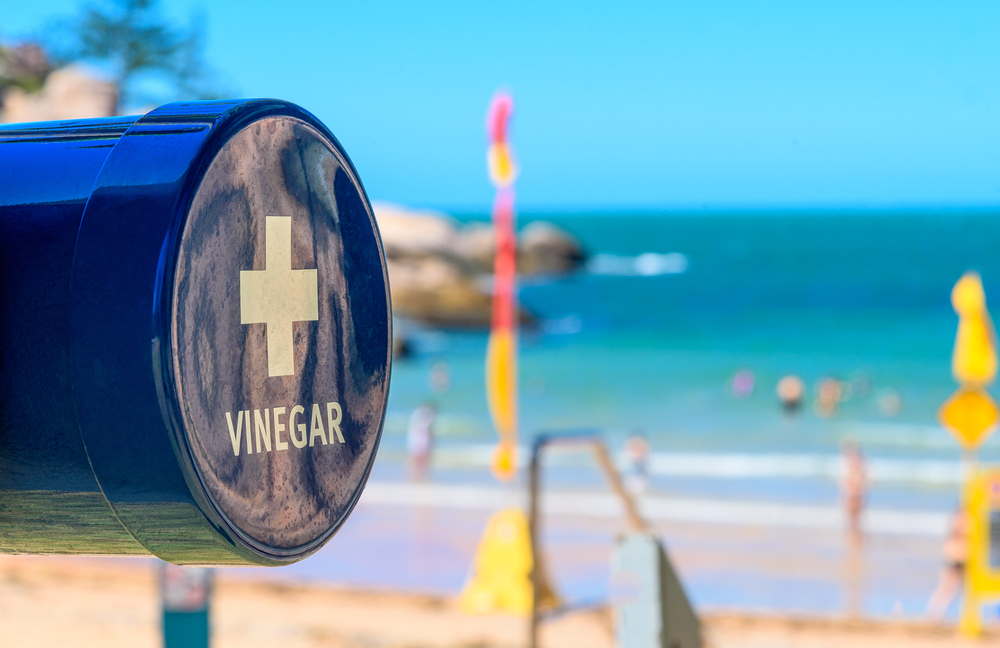 Don’t do it! This is a myth and has no benefit to a jellyfish sting whatsoever. It’s an old wives’ tale that became further popularised when it appeared in a famous episode of the hit TV series Friends. The belief is that the high acid levels in urine help to break down the toxins but the problem is that urine isn’t necessarily acidic – it all depends on what you’ve been eating or drinking! Even if it is acidic, it’s unlikely to be strong enough to have any useful effect on the venom anyway. Plus it’s just gross!

Don’t flush the sting with fresh water either – it has to be vinegar or saltwater. The nematocysts which contain the venom have saltwater in them so any change to the chemical balance will simply encourage them to fire up again and release more venom.

Don’t flush the sting with alcohol or use meat tenderizer either as this could do more harm than good, increase the pain levels and there is no evidence they are effective. 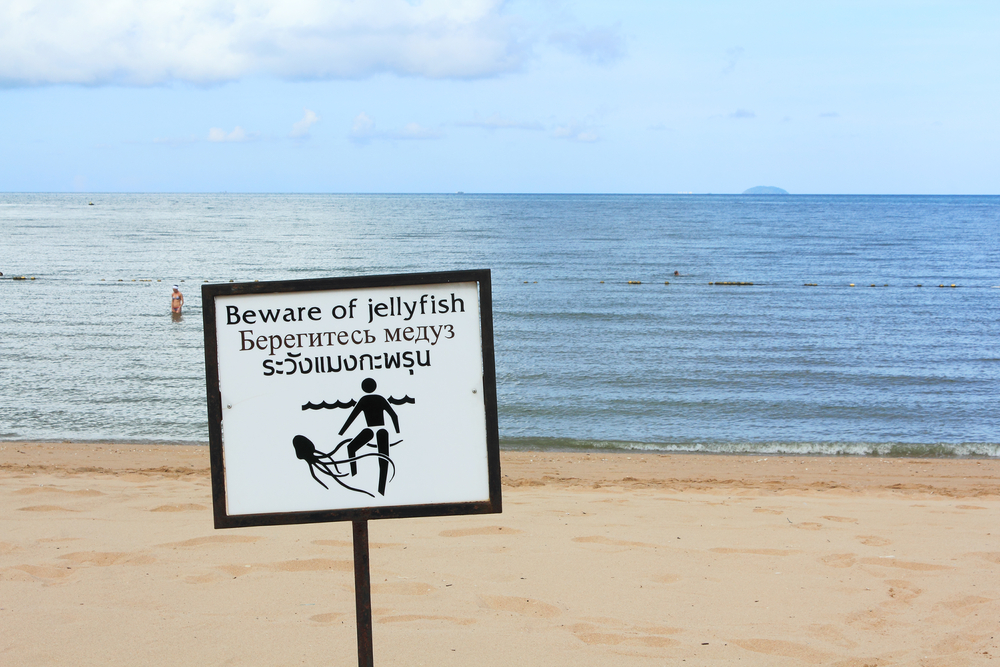 Do use tweezers to remove any stingers left in the skin – don’t scrape at them with a credit card. It’s important to stay very still and calm as the more you move, the more venom will be released. Whatever materials you have used to remove the tentacles or that have come into contact with venom, must be disposed of carefully. You don’t want to inadvertently sting yourself or someone else again!

Now you have doused with vinegar and removed any remaining tentacles carefully, dousing with hot water or an ice pack is really a matter of what feels most comfortable. Some people swear by very hot water to inactivate venom toxins and others think ice is soothing but this seems to fall to personal preference although there is some evidence that very hot water is slightly more effective. 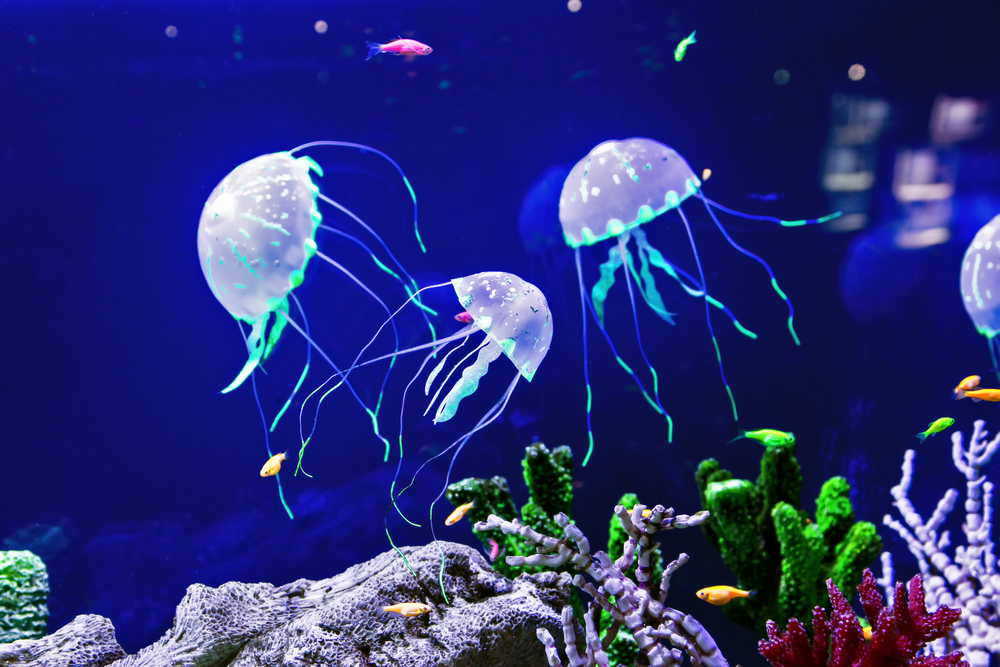 If you’re suffering then do take some pain relief - painkillers can help such as paracetamol or ibuprofen. For skin that is still irritated or open wounds – cover with a light bandage and gauze.

Do uncover the injured area around three times a day to wash gently with warm water and apply antibiotic cream before recovering. Calamine lotion is great for easing the itchy irritation that can follow a sting. Anti-histamine tablets can also help with itchy irritation and swelling. 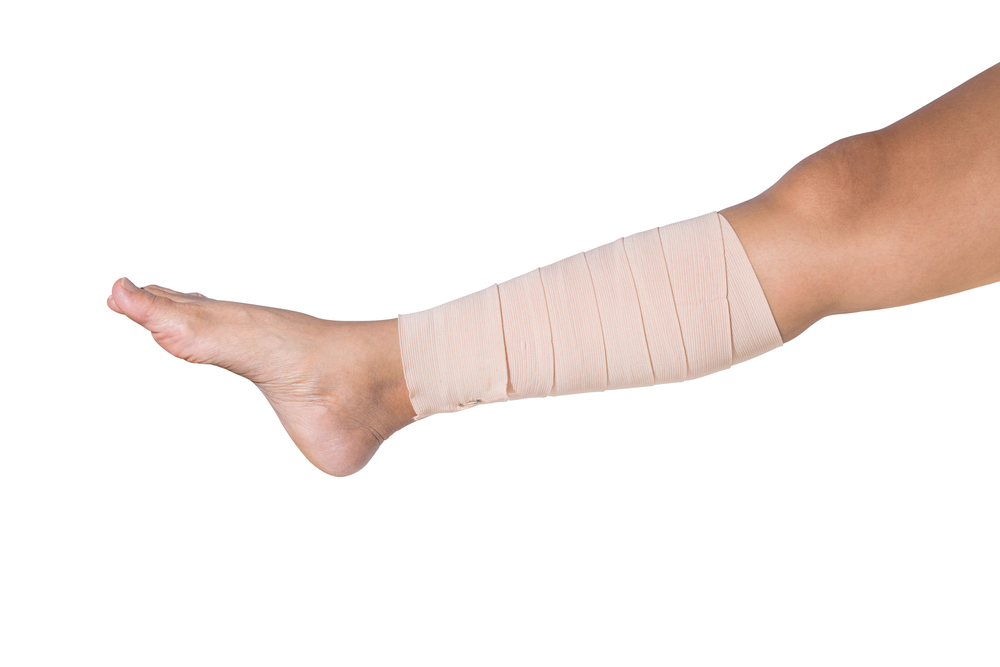 Do get rest and do be patient. The pain from stings should start to ease within the first 24 hours but pain lasting longer than this should be referred to a medical professional. Thankfully, infection or scarring is rare.

Don’t be surprised if some hypersensitivity persists as this can happen for some people. Blisters or irritation may continue and if this becomes bothersome then always seek the advice of a doctor. An itchy rash can sometimes hang around for up to a month after a jellyfish sting.

What type of sting you get will very much depend on where you are and what jellyfish exist in the region. They are found in every ocean and even in some lakes and ponds. Don’t be tempted to touch one even if it’s dead on the sand as a jellyfish tentacle can still sting even when dead or detached from the rest of its body. They have been around for some 650 million years, meaning they were around before even dinosaurs walked the planet.

There are over 2000 varieties of jellyfish but only about 70 are known to injure humans. The box jellyfish is the most dangerous with venom one hundred times stronger than a cobra! The venom inside one box jellyfish can kill up to 60 people. Thankfully, box jellies are mainly found in the seas off Australia and there is an anti-venom which emergency crews and hospitals keep on standby. 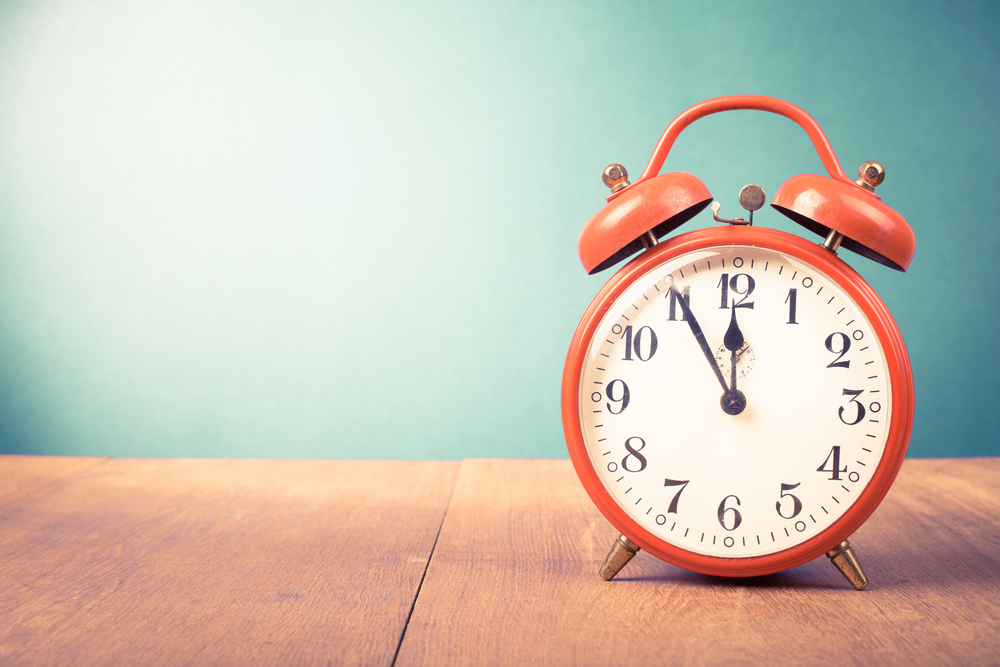