Some places are so synonymous with good food, that it’s part of their draw. You know you’ll eat well in Italy. You’re sure you’ll be able to have some awesome meals in Japan, and yes, in France, finding delicious cuisine certainly isn’t a challenge. Sometimes, however, a place can surprise you. It’s nice when you discover a place that has a passion for delicious eats - even if they aren’t really known for their food (or maybe even get a bad rap). Click “Next” to see 10 surprisingly delicious food destinations. 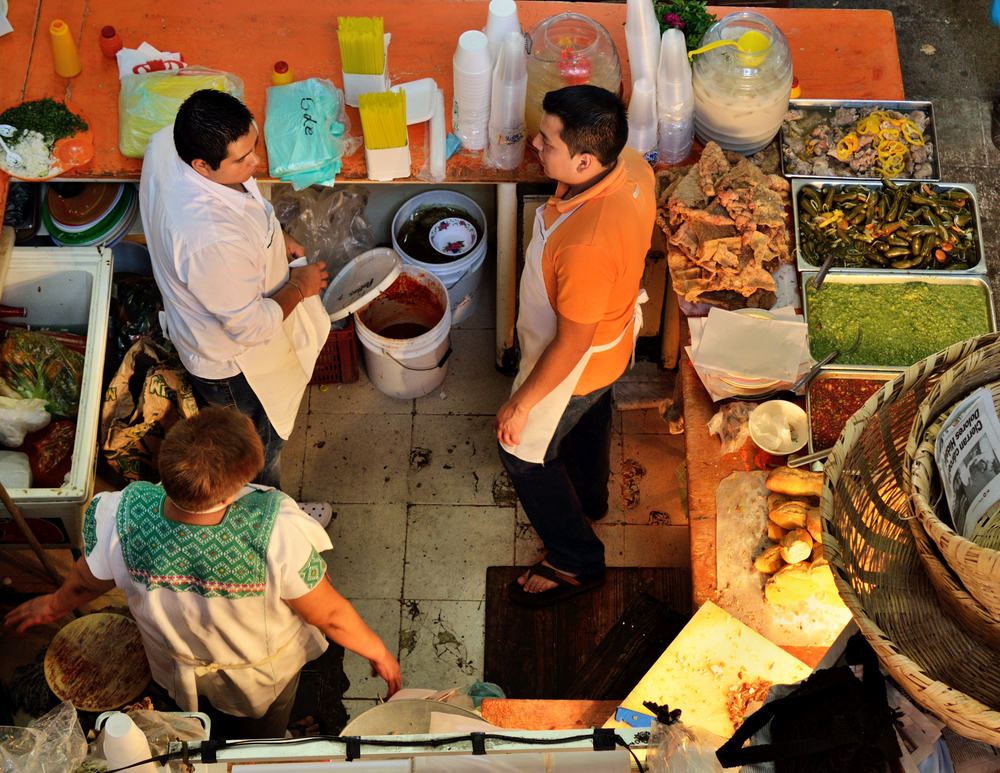 British food doesn’t have the best reputation, but there are plenty of delicious dishes to be found in the country. Sure, lots of restaurants are imports, but traditional British food, like pork pies, high teas, scotch eggs, and Yorkshire puddings, is old-fashioned comfort food that’s making a comeback. 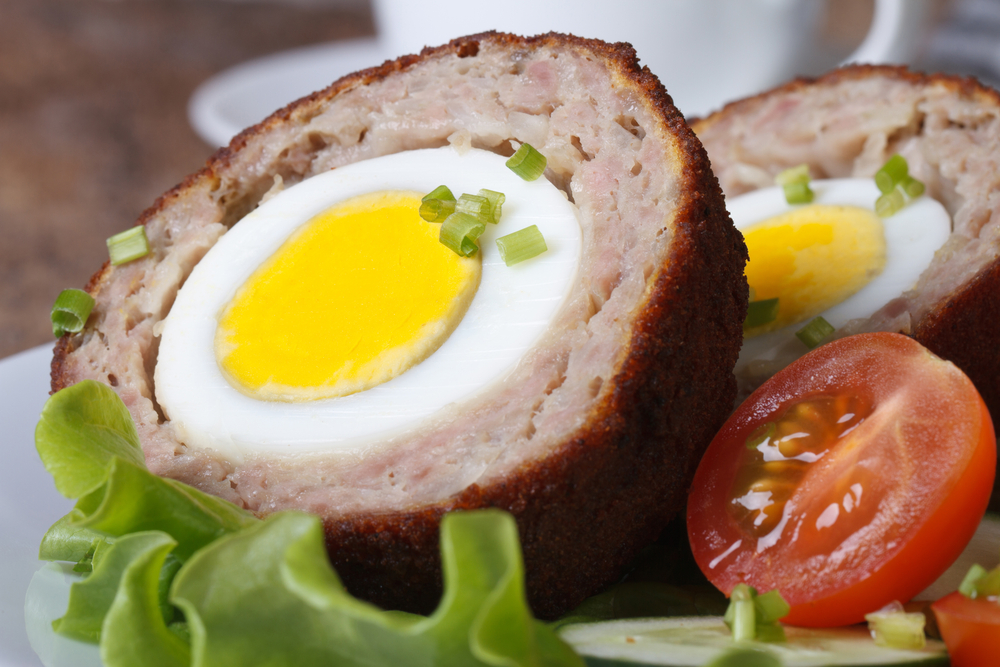 Aside from the cheap meatballs at IKEA, most people haven’t experienced what Swedish food is really like. If you’re lucky enough to travel to the country, you’ll probably be pleasantly surprised by its tasty cuisine. From fishcakes to lingonberries, there are plenty of Nordic delicacies to try - including some of the fanciest meals in the world, at No. 25 restaurant Faviken. 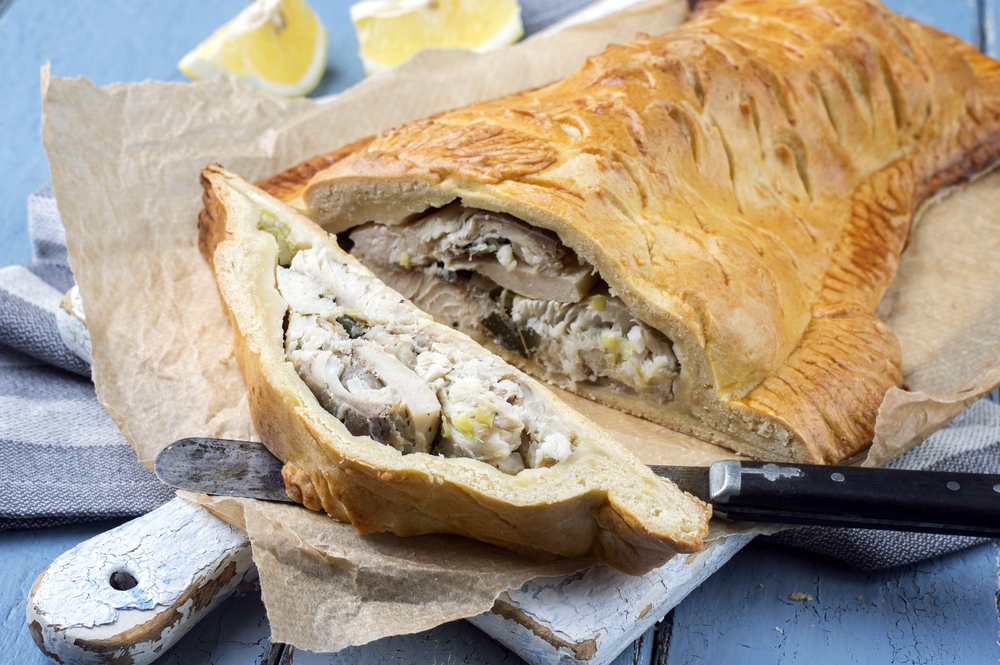 Most people think Mexican food is the same few ingredients prepared a bunch of different ways. However, actually visiting Mexico will change your mind - or at least, make you feel better about stuffing your face with onions and cilantro. Venturing into Mexico City, you’ll find street vendors at every turn frying up meats to fold into fresh tortillas, or spinning rotisserie chicken. Wash down your delicious meal with a cup of fresh mango juice.

While the most traditional Ethiopian dishes may look kind of similar, they’re packed full of different flavors. Usually a combination of vegetable, and spicy meat dishes served in the form of a thick stew atop a large piece of sourdough flatbread, Ethiopians eat exclusively with their right hands. The bread is used to pick up bites of entrees and side dishes. For a total cultural experience, ditch the utensils. 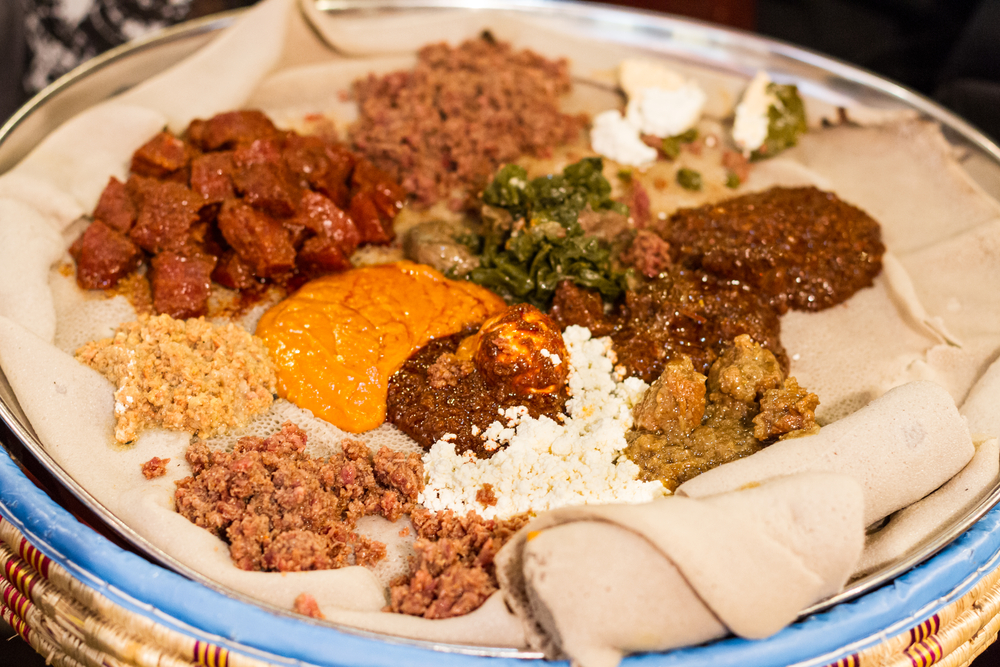 Food in Hungary is so much more than meaty soup - not that there’s anything wrong with Goulash, the country’s best-known dish. From cured meats and sausages, to delicious torte, Hungary has so much more to offer your taste buds. Travellers with a sweet tooth won’t want to miss the Dobos Cake - a layered sponge cake with hazelnut buttercream filling, topped with a thin slice of caramel. 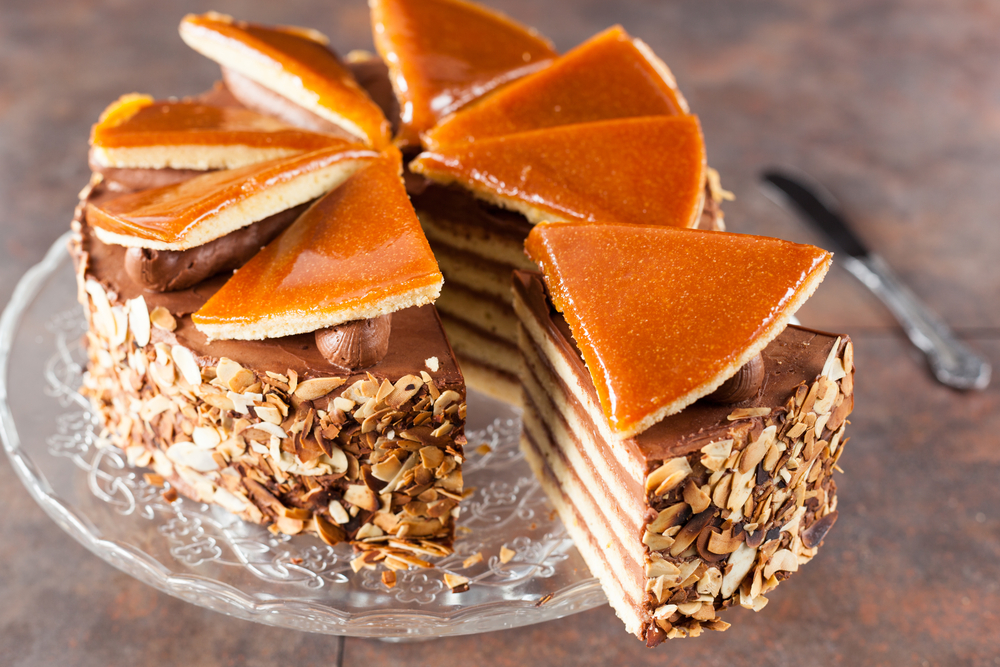 The doner kebab is probably Turkey’s best-loved export, but there’s so much more to eat if you’re lucky enough to spend time in this amazing country. Balik ekmek sandwiches, topped with green onions, onions, and a squeeze of lemon are the perfect reminder of Turkey’s location on the coast, as are rice stuffed mussels. Not of the faint of heart, spitted lamb intestines are a Turkish favorite, as are thin-dough pizzas topped with minced beef, lamb and peppers. 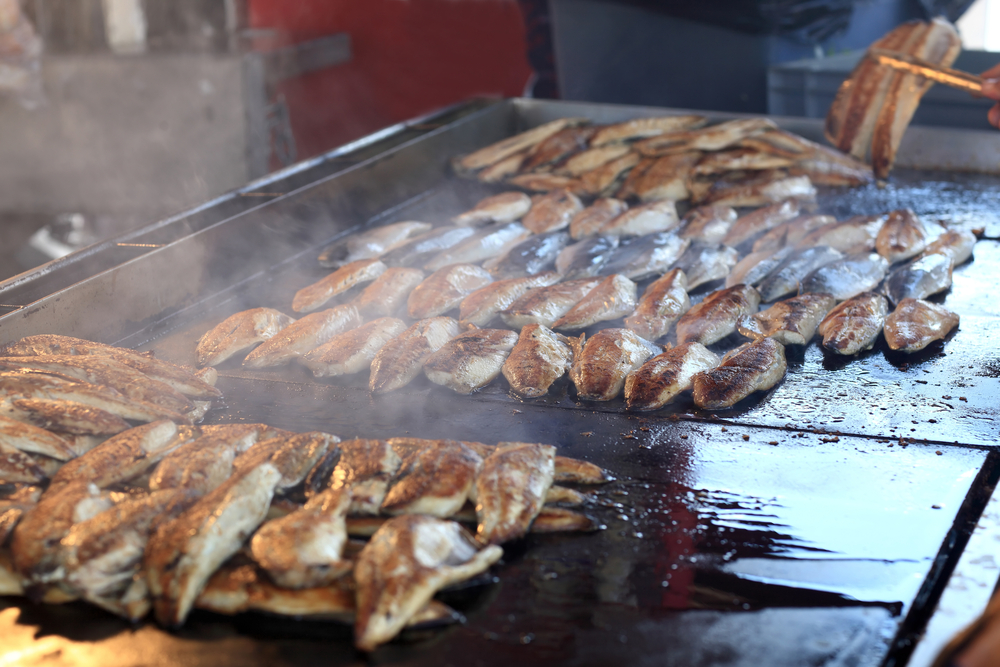 Developed over thousands of years, Persian cuisine is complex, flavorful, and taken very seriously. It’s more than just shish kebabs and bread - though those things are delicious in their own right. Real foodies will want to taste some traditional dishes. Unfortunately, the best Iranian food can’t be found in restaurants, but people's homes. So if you’re planning to visit Iran, keep your fingers crossed for in invitation. 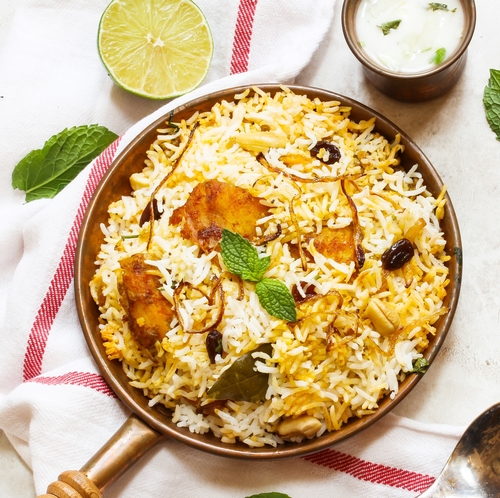 A food mecca just waiting to take off, Peru is a country obsessed with really great food. There are a wide variety of restaurants in the country, as its citizens love to eat. With cuisine influences from as far away as China, Peruvian food is hearty, delicious, and at times surprising. Plus, the country is considered an important center for the genetic diversity of the world’s crops. 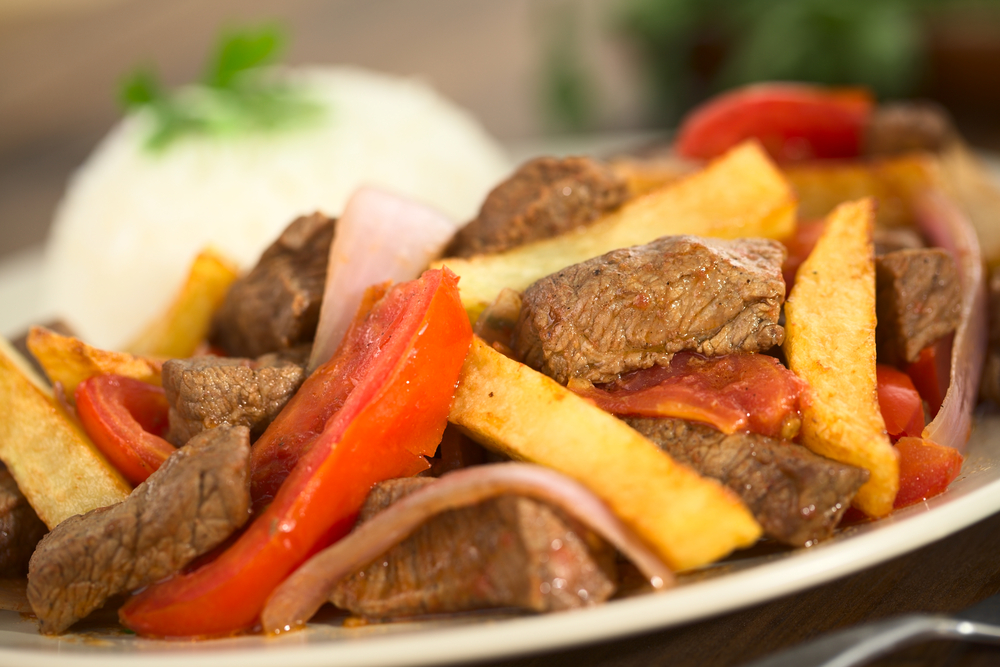 Most people go to Iceland for its beautiful scenery, waterfalls, and hot springs. However, Icelandic cuisine is among some of the most unique in the world. Sure you’ll find plenty of fresh fish and lamb stew on the menu, but dishes like puffin, putrefied shark, and skyr cake for dessert, offer the more adventurous traveller the chance to try local delicacies. Surprisingly, hot dogs are the country’s most famous dish, with Baejarins Betsu Pylsur earning Iceland a spot in the Michelin Guide. 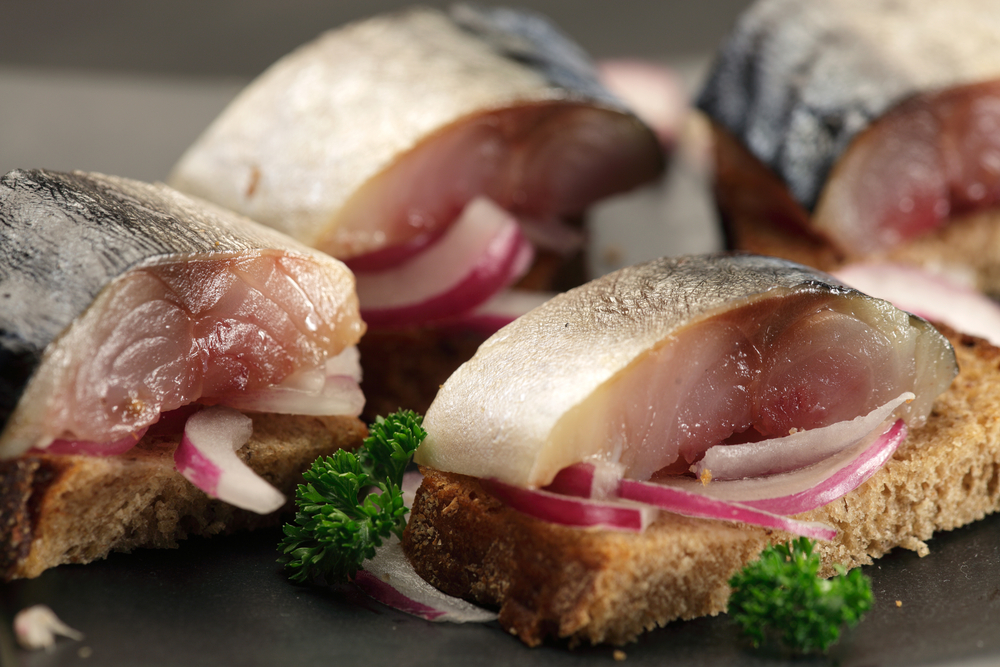 Located across the Indian Ocean from the Maldives, Sri Lanka is an often-overlooked travel destination thanks to its more famous neighbor. While the Maldives may think they have a lock-down on luxury, Sri Lanka certainly comes out on top when it comes to food. Sri Lankan cuisine is a tribute to the island’s spice-producing history, with rice, coconut, and spices making up some of the main ingredients to the Sri Lanka’s aromatic dishes. 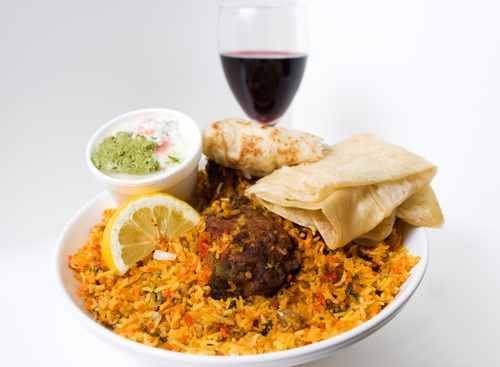