Since its decommissioning in 1985, many parts of this world-famous route have been abandoned or fallen into disrepair. But Route 66 remains as iconic as ever and travelers will always want to follow its famed path and indulge in their own rock ‘n’ roll adventures. Here are the top 10 must-see sights on your Route 66 road trip:

The oldest truck stop on the entire route and in fact, the oldest in America, The Dixie still offers weary travellers food, fuel and comfort breaks. In 70 years, it has been open every day bar one, when there was a fire. You’ll also find a small museum here dedicated to Route 66. It began as a place to offer truckers a home from home with its warm hospitality and it has a charming history. 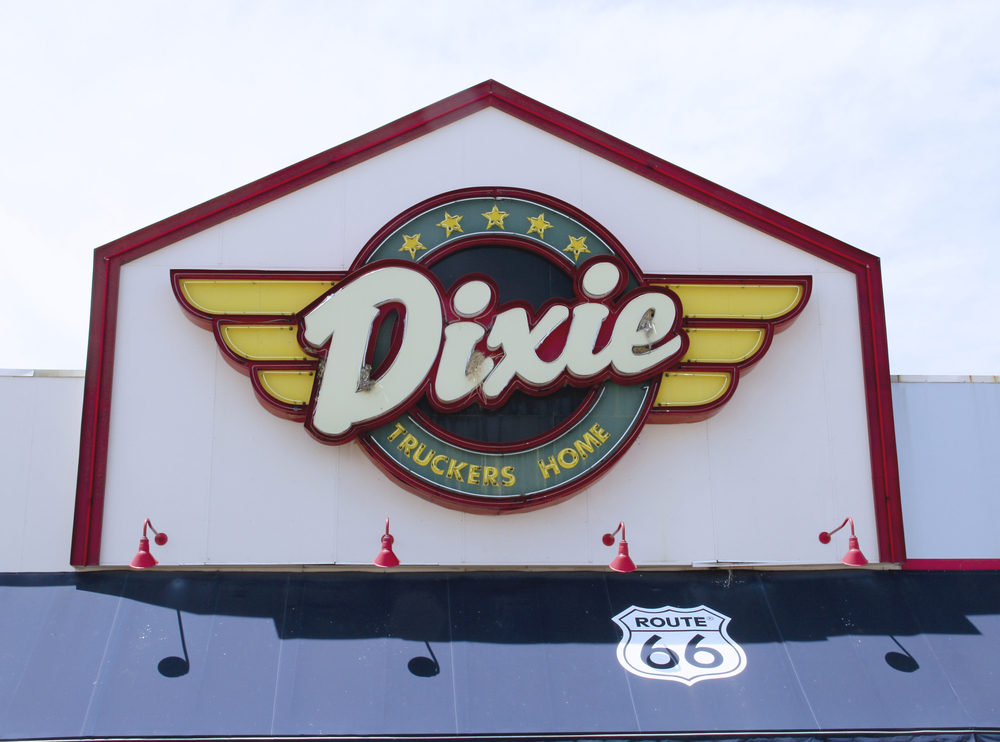 The longest stretch of Route 66 runs through the state of Arizona and one must-see spot includes this fascinating park of fossils dating back 205 million years. Ancient petroglyphs are also found here so if you’re drawn to all things dino then be sure to take a break here on the Badlands of Arizona. 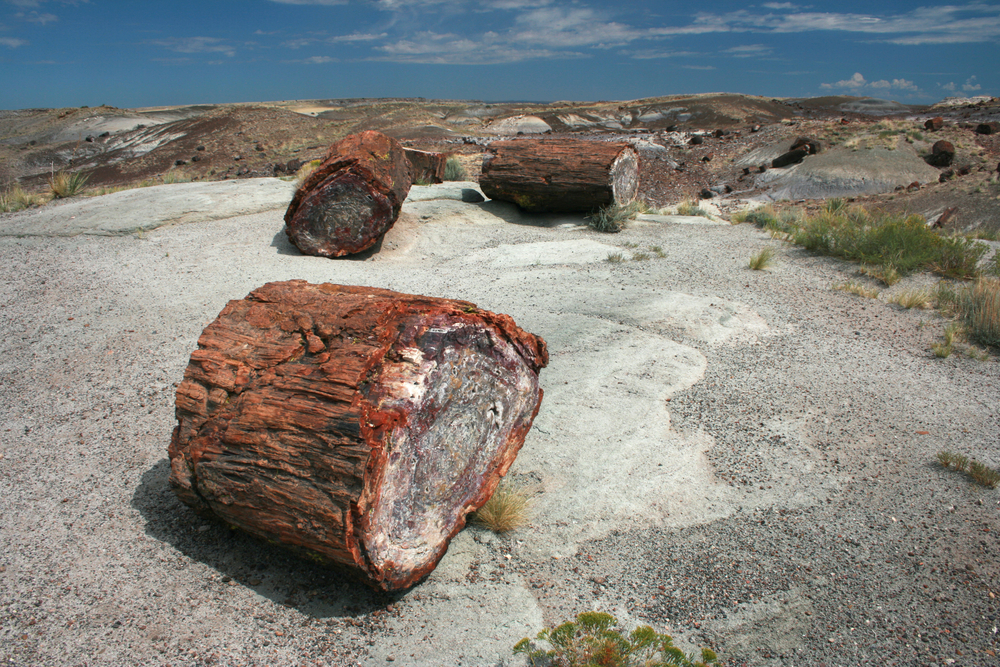 Ever stayed in a wigwam? Well, in Holbrook you can as there’s a village of them. You’ll also be greeted by some dinosaurs! This is one of Arizona’s stranger stop-offs with its large painted dinos and interesting sleeping arrangements but it serves as great base for seeing the Petrified Forest and to get some interesting vacation snaps! 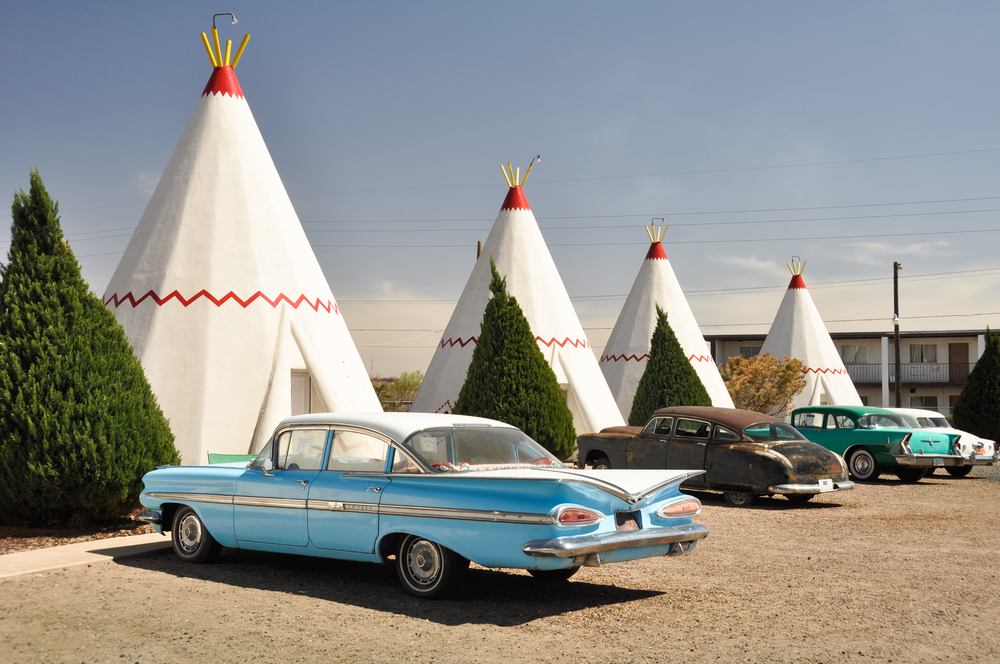 Passing through Catoosa, Oklahoma, you’ll find it difficult to avoid the gigantic blue whale! This brilliant structure was built as an anniversary gift but attracted so many locals and tourists to the swimming pond that it’s now a weird kind of attraction in itself. No Route 66 road trip is complete without a photo by the whale! 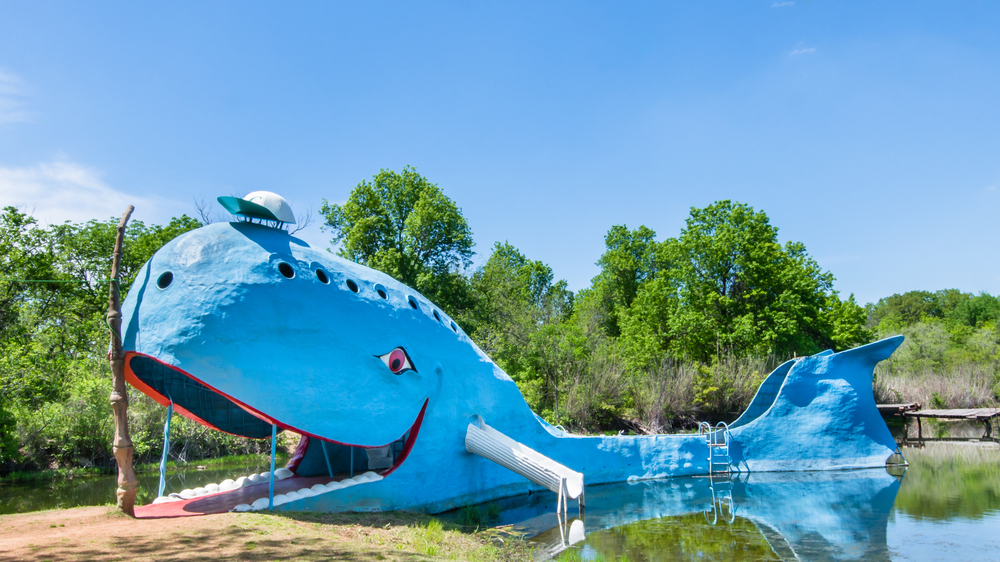 Every road tripper should stop at Cadillac Ranch for some snaps by this wonderful art creation. Ten cars are buried nose down in the ground and decorated with spray paint by visitors. Graffiti is welcome so be sure to pick up a can before you head there and add your own designs onto this funky feature. A perfect way to make your mark on some original Americana. 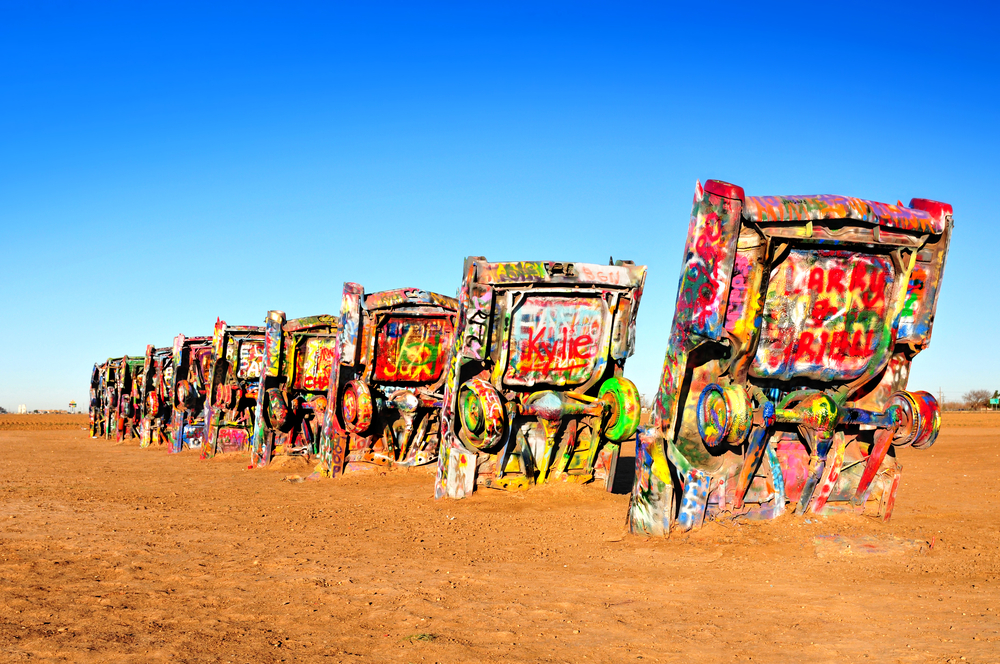 You’ll pick up some great memorabilia at the Cozy Dog gift shop, as well as the original and best hot dog on a stick! Birthplace of the corn dog, be sure to sign the guestbook where you’ll see entries from Route 66 travelers from all over the globe. The Cozy Dog was featured in the TV show Man vs Food, so if you’re looking for somewhere to fill your boots then include this destination on your road trip. 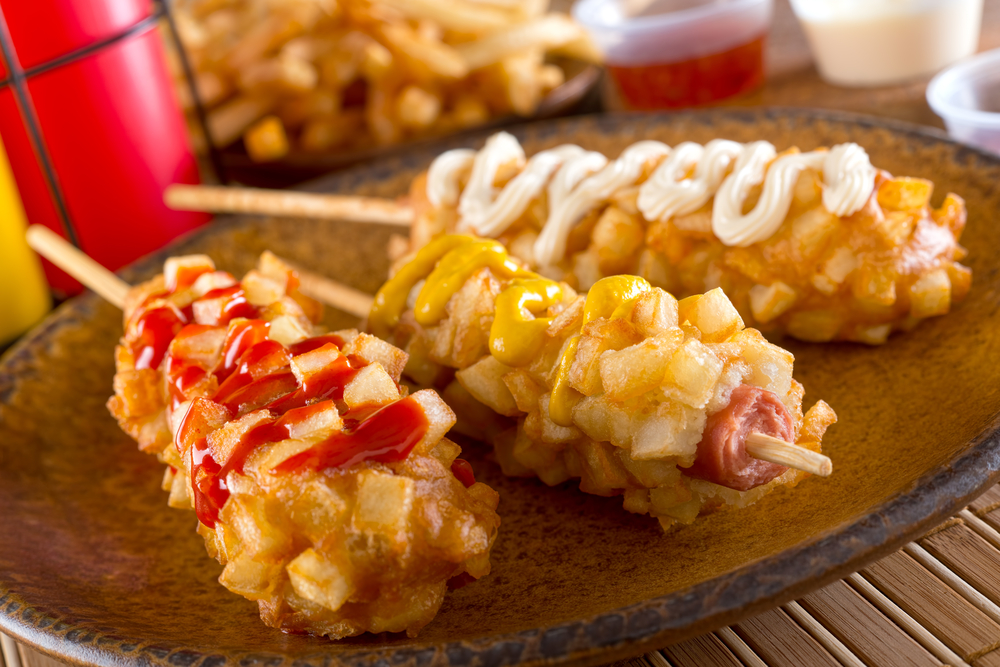 Prepare to enter the depths of the earth in this 4.6-mile-long cavern system in the Ozarks, Missouri. Limestone erosion over millions of years has led to the formation of the largest and rarest caves on earth. There are seven levels to explore and guided tours to help you get the most from your stop here as you learn about how Jesse James used the caves as a hideout from the Sheriff! 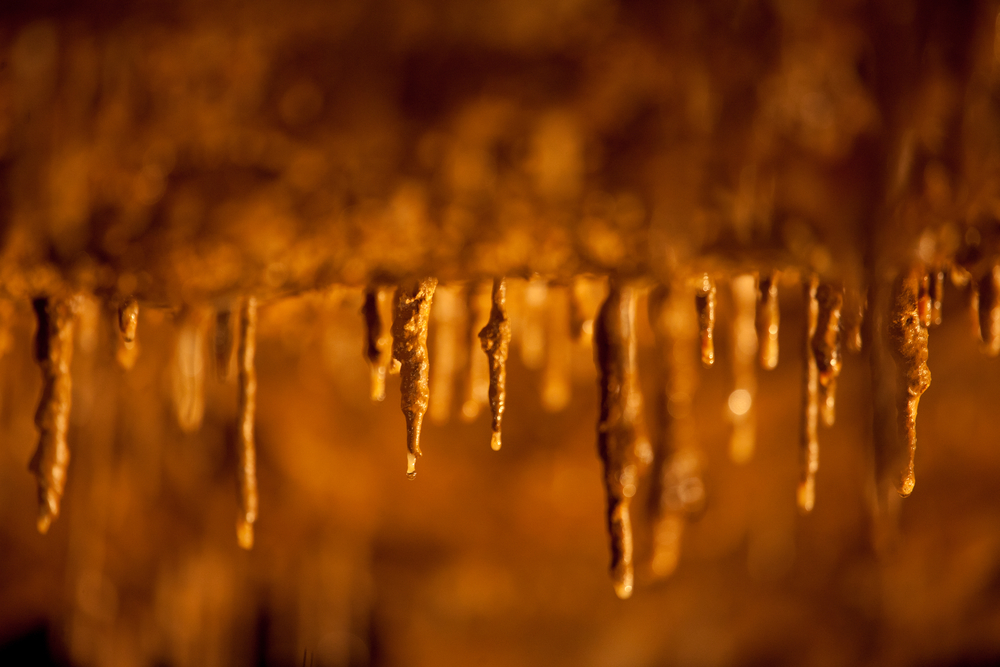 If you want to step back in time to the Wild West then you’ll fall in love with Oatman. Donkeys roam the streets, descendants of the mules brought here during the Gold Rush days. Enjoy high noon on the Main Square where you’ll find saloons, gun fight re-enactments, antique stores and more cowboy memorabilia than you could ever possibly want or need! 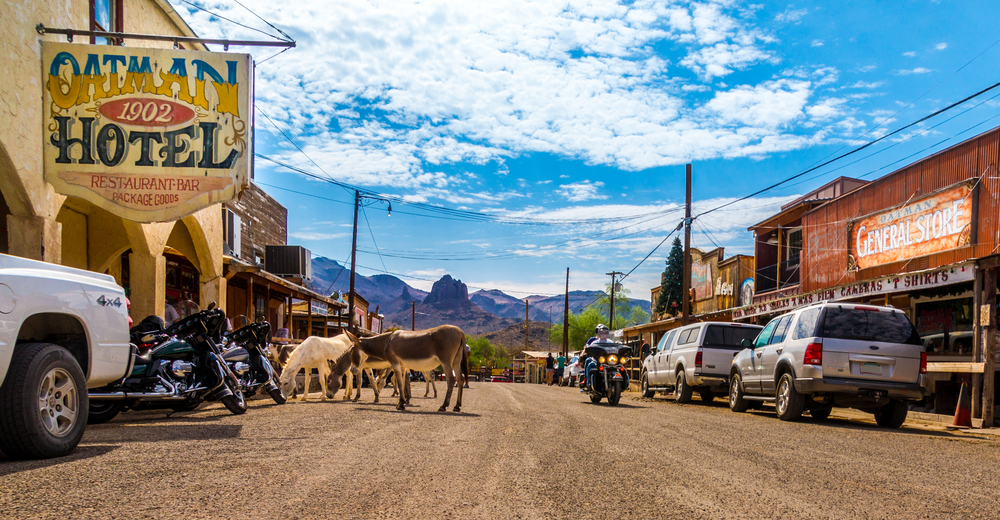 Part of America’s advertising history, ‘Muffler Men’ were giant fiberglass figures placed at the side of the road, advertising stores. You’ll find a fascinating example of one of these in Wilmington. Named after a space program, this figure is a large space man, complete with helmet and holding a rocket. You’ll see a few along Route 66 but this is a great one and ideal for a memorable photo opportunity. 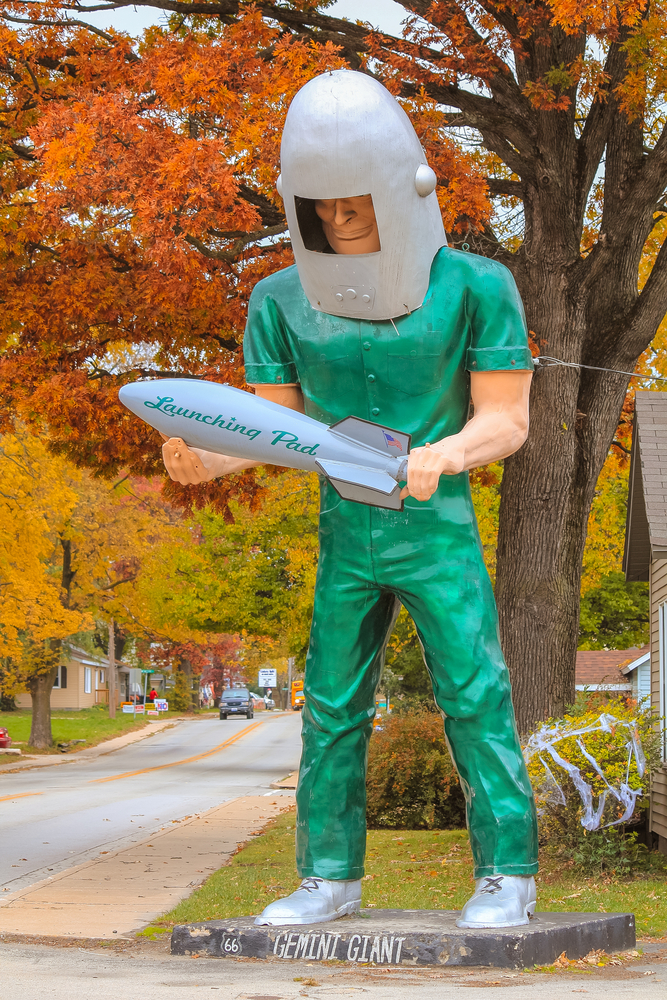 Reaching the pier marks the official end point of Route 66 and if you’ve journeyed all the way from Chicago then congratulate yourself and relax in true traditional American style on the boardwalk next to the Pacific Ocean. Here you’ll find tons of entertainment, restaurants and an amusement park so you can really let your hair down after ‘getting’ your kicks’ on Route 66! 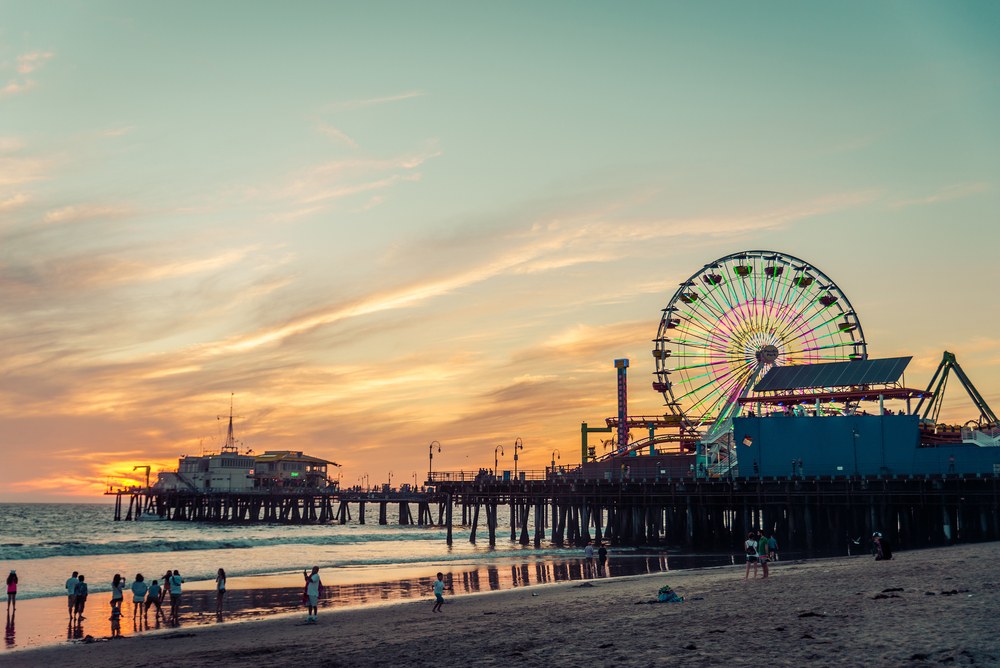