The Greatest Road Trips in Europe

You’re probably more familiar with american road trips rather than european ones, but a road trip in Europe can actually be just as, or in some cases, even more  enjoyable. Road trips offer an opportunity to explore several landscapes around the world at your own pace, so no wonder it’s so popular. There are many sights around Europe that are worth exploring, and a road trip is a great way to see them. Depending on your timeframe there are several long and short trips that you can take, and we have compiled a few of them here for inspiration.

If you’ve previously been on a road trip, or fancy trying it out for the first time, then Europe is an amazing place to explore. It’s hard to list all of the breathtaking and spectacular sights that you can witness in Europe, but you will definitely see plenty of them by going on a road trip. Here are ten of the greatest European road trips that you should consider taking.

The Gorges du Verdon is found in Provence, France, and has been classed as one of the most beautiful river valleys in Europe. There are two routes you can choose to go on for this European road trip, which takes you round the Gorges du Verdon in a full circuit. The route on the north side of the river is locally called the rive droite (right bank), and involves passing through, across and under towering rock formations. Although it has amazing views at the start and end of the route, you will need to take a detour in the middle if you want to get closer to the deepest part of the gorges. The route on the south side of the river is called the rive gauche (left bank) and has sturdy wooden barriers running across it. However this route is more likely to be overrun by tourist buses. If you rush this route you can easily complete it in half a day, but we advise taking a weekend to complete it and enjoy the sights. 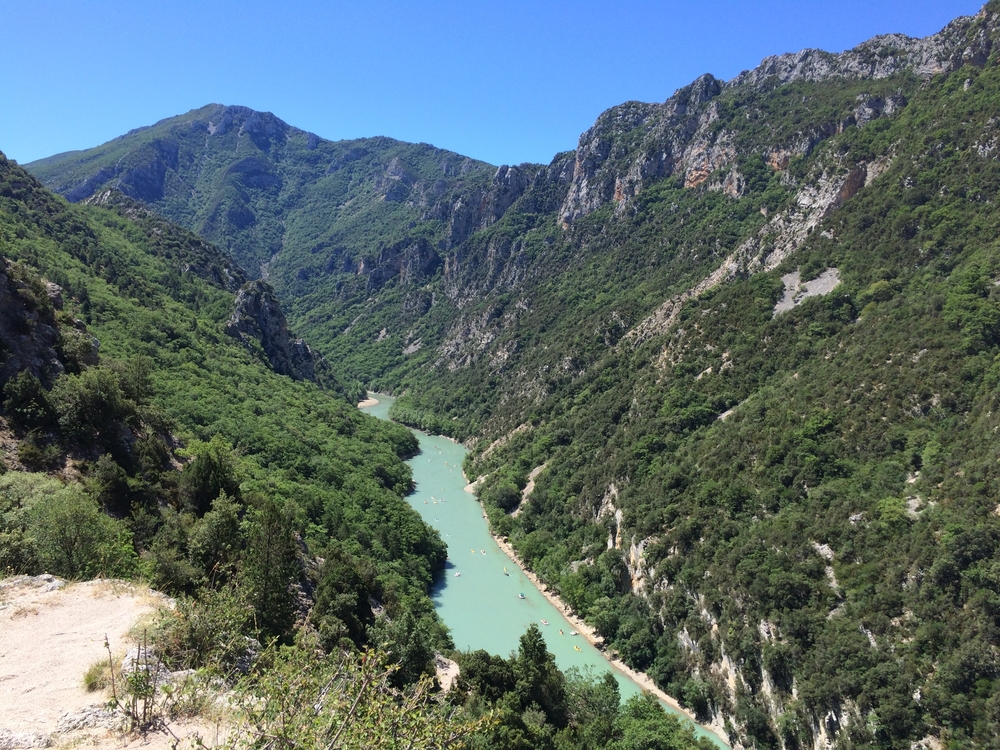 Start your european road trip at the capital of England, which is at the bottom of the country and work your way up to the beautiful scottish city of Edinburgh. Travel through Oxford which is home to the world's oldest English language university, then take a journey through the cottages of the Cotswolds, before driving up north to Manchester and seeing some of its city sights. Follow this with a visit to York, and take in the wonders of its architecture including the York Minster, which is a 13th century Gothic cathedral. If you have time, take a trip to the Lake District National Park and enjoy the beautiful scenery before heading up to Edinburgh and visiting its medieval Old Town and Georgian New Town. 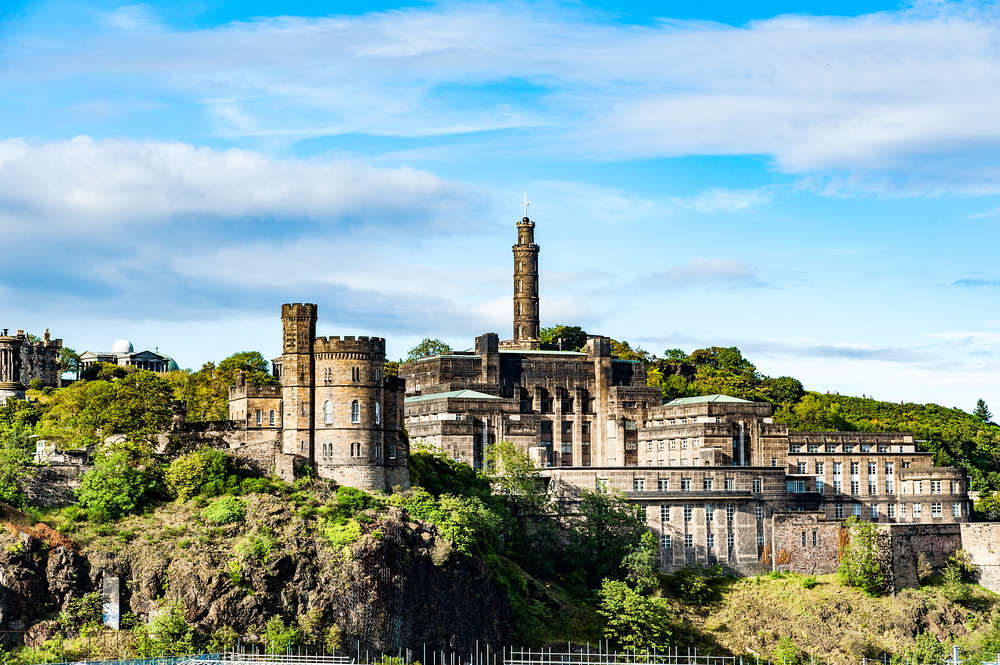 Iceland offers breathtaking views of ash deserts, waterfalls, hot springs, volcanoes and lava fields. You can see all of these and more by taking route one, which is a national road in Iceland that runs around the island. You will pass through many towns and cities on route one, and are able to venture off to them if you choose. However, the main attractions that are along route one include waterfalls such as the mesmerizing Seljalandsfoss, which is 100 meters off the ring road. There are also numerous fjords, mountains, forests and beaches you can explore on this brilliant road trip. In the east part of Iceland you will be able to see wild reindeer, while a detour to the north coast will bring you to Husavik, which is known as a center of whale watching in Iceland. 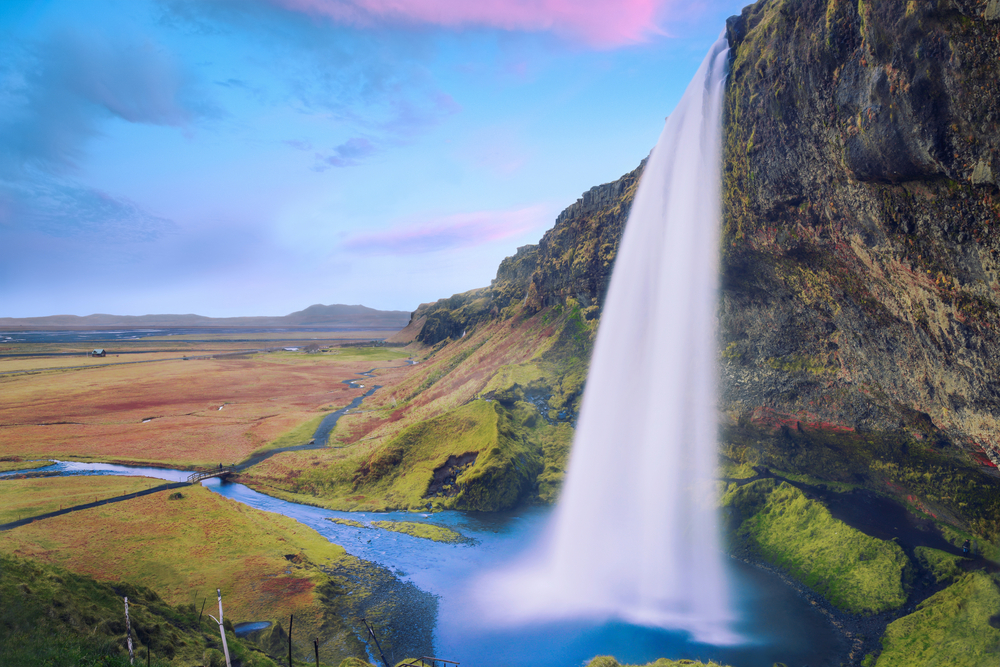 Sample a taste of Tuscany with a seven day european road trip round one of the most beautiful regions in Italy. Start in Florence and witness the most beautiful collection of art and history that is not in a museum. You will see so many historical masterpieces just by walking along the streets, and visiting the squares and churches. After visiting Florence head over to Pisa and explore Piazza dei Miracoli which contains the famous Leaning Tower, then go to Lucca which has been described as a small venice without water. The next stop on your way is the gorgeous Chianti region which is famous for its red wine, before stepping into the Middle Ages and visiting Siena. From here drive over to the Val D'Orcia for its perfect postcard scenery and on your last day visit the Arezzo and Cortona to complete one of the greatest road trips you will find in Europe. 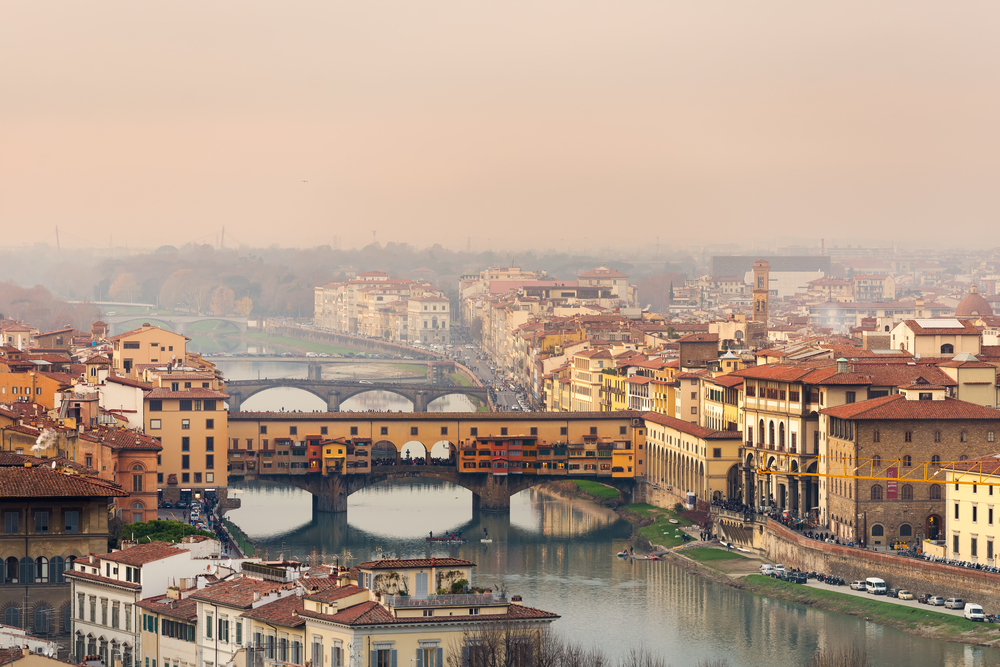 View some of Ireland's most fantastic landscapes by taking a drive round the Iveragh Peninsula in southwest Ireland's County Kerry. The circular route encompasses lovely views of Killarney National Park, including their lakes and green uplands and the Macgillicuddy's Reeks mountain range. You can take a break from the greenery and go down to the beach at Glenbeigh before heading over to the fishing harbors at Ballinskelligs and Portmagee, and eventually making your way back to Killarney. 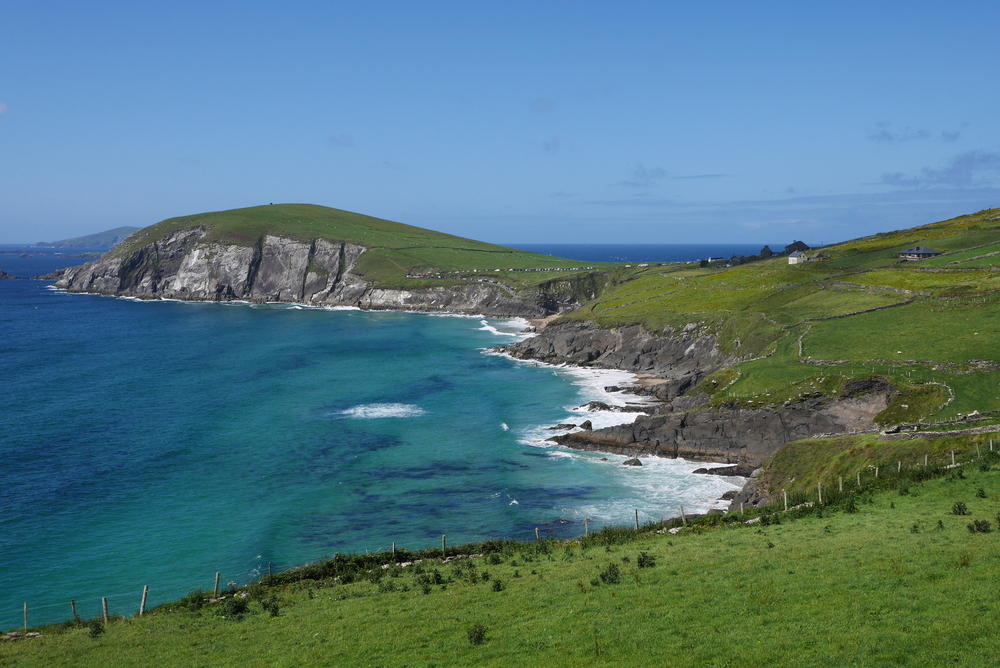 Take a tour round Greece and explore the ancient highways and gorgeous beaches it has to offer. Start your journey in Athens and travel along the coastal roads through the Athenian Riviera to Sounion, located at the southernmost tip of the Attica peninsula in Greece. Drive over to the city of Corinth before visiting Mycenae, one of the most important archaeological sites in Greece. Then head over to the seaside by travelling to the resort town of Nafplio. If you've got time, drive over to Olympia which is sporting grounds of the ancients and then visit Delphi, which was considered the center of the world by the Greeks. 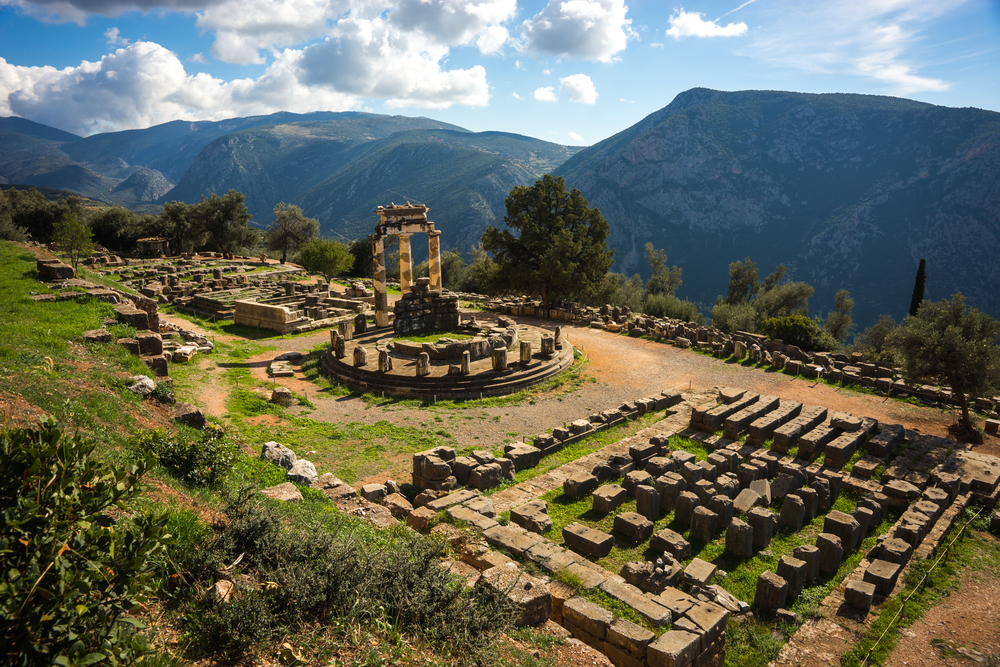 Start your european road trip exploring Paris, and see iconic structures such as the Eiffel Tower before driving through the hills of Champagne and Reims to the capital of Luxembourg City. Not too far away is Trier, a German city in Moselle wine region, which has many roman baths and basilicas that are surprisingly still intact. From here travel to the medieval village of Bacharach in the middle of wine country, then visit Heidelberg, one of the most popular tourist destinations in Germany. From Heidelberg drive to Nuremberg, Leipzig, Dresden, and finally the dynamic city of Berlin. 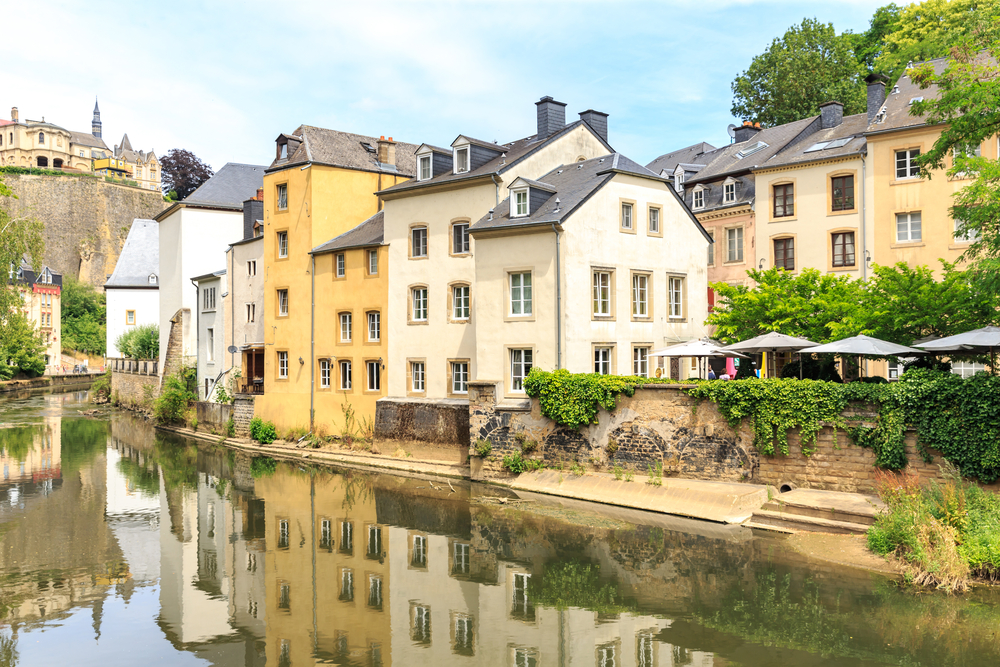 The Grossglockner High Alpine Road is the highest surfaced mountain pass road in Austria. It is a total of 48 km and the highest point of the mountain road is the Edelweissspitze located at just above 2,500 m. There is a range of 37 mountains with the Grossglockner being the tallest of them all, towering over at a staggering 3,798m. There are 36 challenging hairpin bends along the route which features flowers, meadows, rocky cliff faces, lakes and glaciers. As well as the view of the mountains, there are also other attractions en route such as the Alpine Nature Show museum and the Building of the Road exhibition next to the Fuscher Lacke. 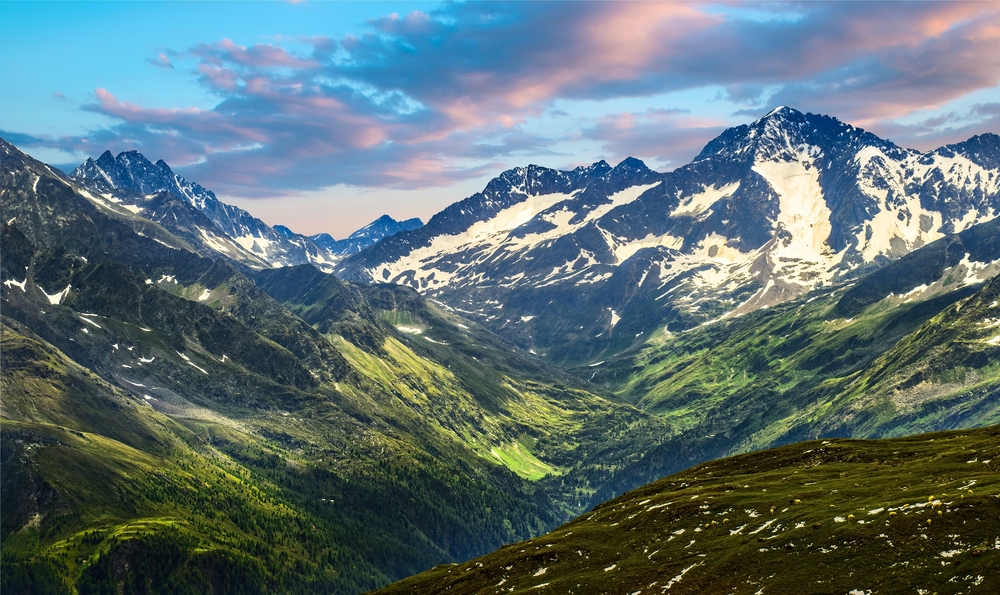 Trollstigen is a serpentine mountain road that passes through Norway and features dramatic landscapes of cascading waterfalls, breathtaking mountain views, deep fjords and lush valleys. The road has a steep incline of nine percent with 11 hairpin bends, but the views are definitely worth it. Along the route there are several viewing platforms so you can get out of the car and gaze at the wonderful sights or take endless amounts of photos to impress your friends and family. 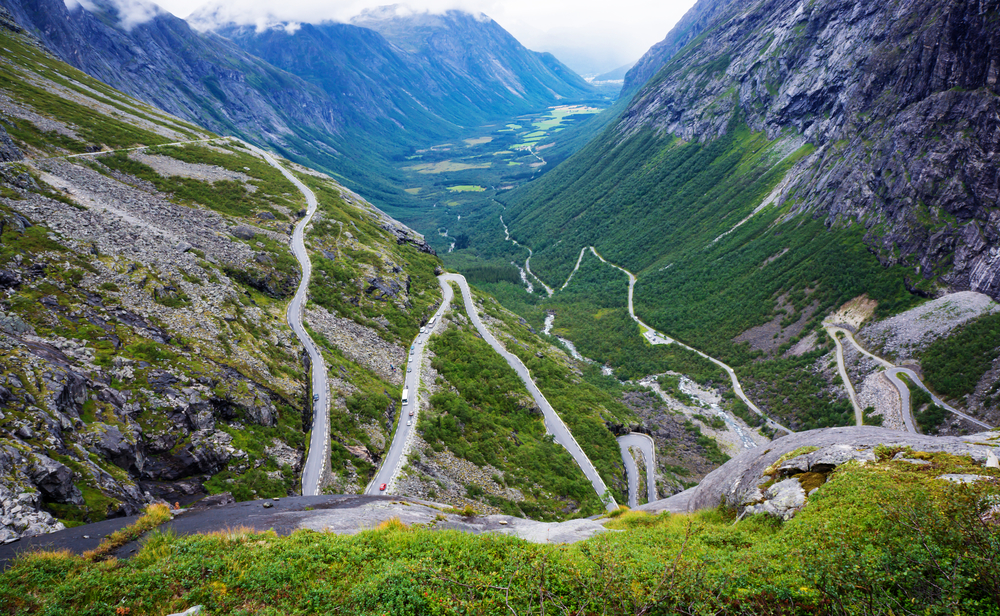 If you're seeking a scenic road trip in Europe, then the basque circuit is a great option, as it gives you the best of both Spain and France. Begin in Bilbao which features historical attractions such as the Guggenheim Museum, as well as being a great place to surf. Afterwards drive to San Sebastian which has gorgeous panoramic views of the Isla de Santa Clara before going to the idyllic Spanish city of Pamploma. Near the end of your journey take a trip to Biarritz and visit at least one of their six beaches. You can surf on three of them, but be warned that it can get busy during the summer and at the weekends. 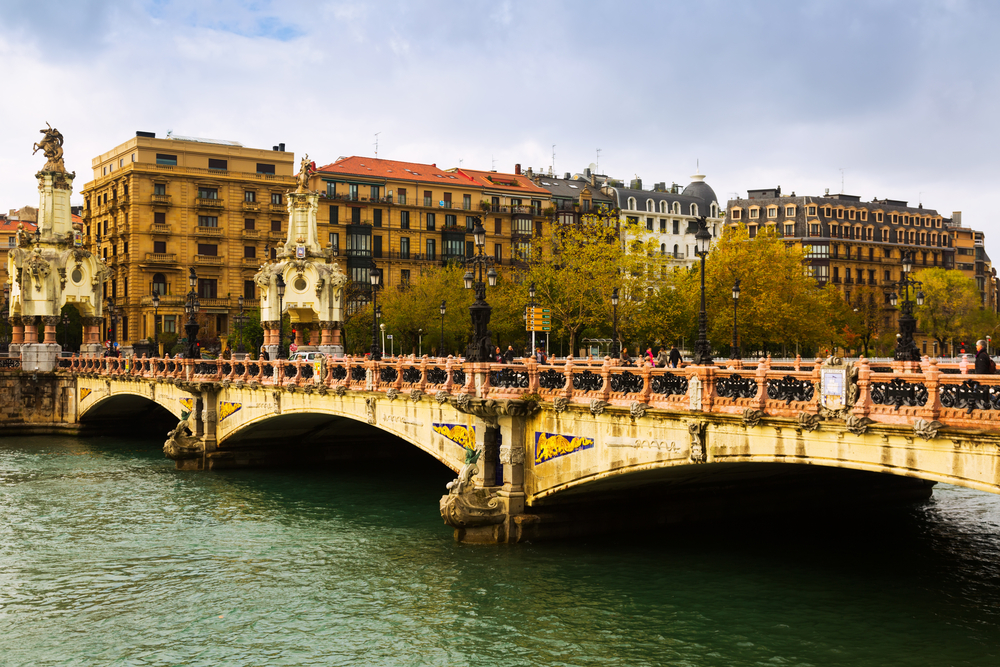