The World's 15 Most Amazing Helicopter Rides

Taking a ride in a helicopter is a rush in and of itself. Plan to take one of these amazing helicopter rides and you will be in for a ride of a lifetime.

Helicopters can take you places a conventional tour cannot aspire to. Take in natural wonders or city skylines up close and get a birds-eye view. Not all helicopter destinations are created equal so you will want to narrow down your list to what we consider the world’s most amazing helicopter rides. Take to the skies and take in the breathtaking vistas that await you and you will be talking about your vantage point above for years to come.

Also known as the “Horseshoe” falls due to its shape, take in both the Canadian and American falls from a vantage point you could only see from above. Watch the awesome volume of water going over the falls and take in other close by sights like the whirlpool. The sheer water power is visible from the air and this makes Niagara Falls one of the most amazing helicopter rides. 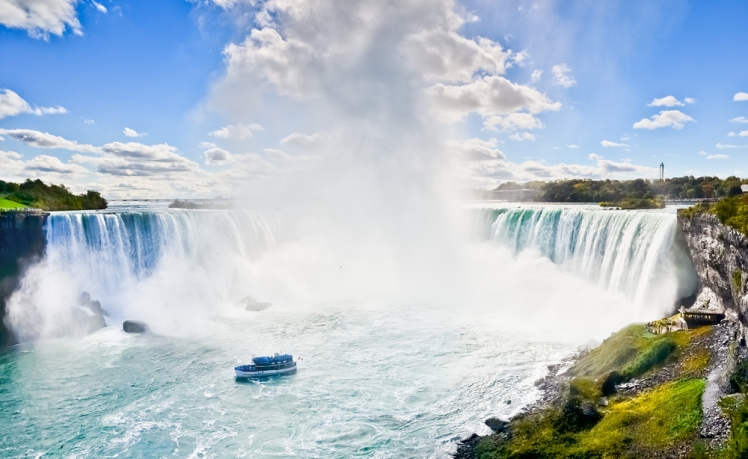 Breathtaking panoramic views are sure to leave you speechless as you take a helicopter ride over the Canadian Rockies. According to Banff Adventures you can take a variety of helicopter tours that vary in duration over the Mountains depending on what you are looking for. 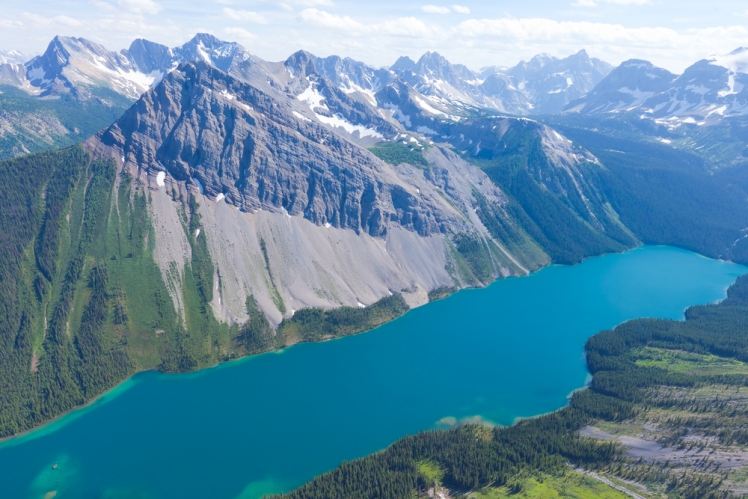 Viewing the Manhattan skyline from the air is in one word, impressive! New York is a city known for it’s towering skyscrapers. There is only one way to take in all of the sights properly and that is from the air. Take in the Statue of Liberty, the Empire State Building, Freedom Tower and the Hudson River and see why New York is a World Class city. 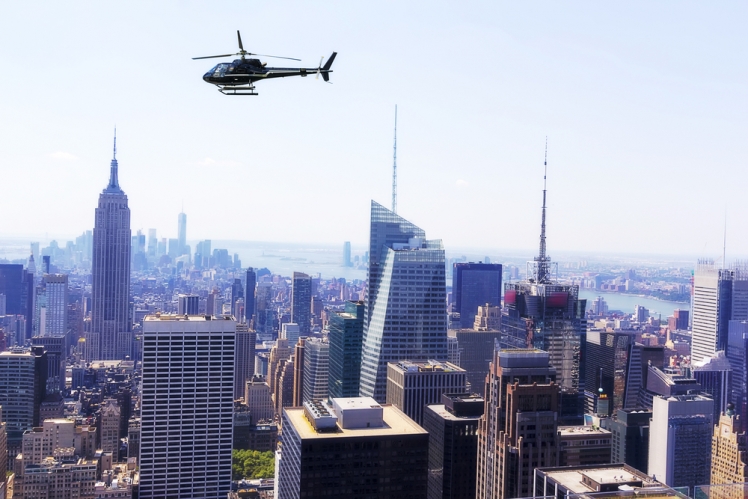 Embark on a sight-seeing tour high above Iguazu Falls with Iguassu Falls Tour and take one of two tours to take in the majesty of the Falls. Fly from the city of Iguazu to the Falls and choose from either 10-minute or 35-minute tour durations. On the extended tour you can see the National Park and the hydroelectric dam powered by the immense power of the water in addition to the Falls. 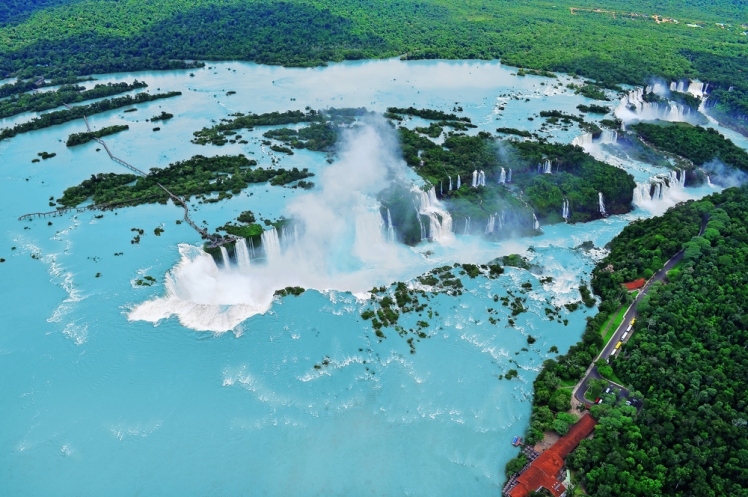 The Grand Canyon offers many types of helicopter tours and they are all spectacular! Canyon Tours can provide different adventures depending on your personality, but they offer to show you the main attraction in style no matter what you choose. Take in the Grand Canyon at sunset or tour the strip at night and take in what Las Vegas looks like high above. 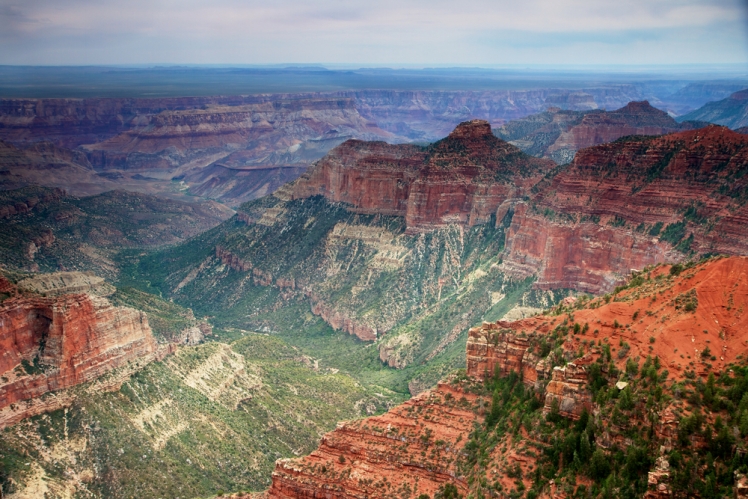 Hawaii has such a diverse landscape and offers many adventurous activities, but none are as awesome as seeing active volcano Mount Kilauea from the air. Enjoy a tour guided helicopter ride over the volcano and Hawaii Volcanoes National Park and get as close as it is safe to do so. From the ground you will not get the same vantage point due to lava flows. 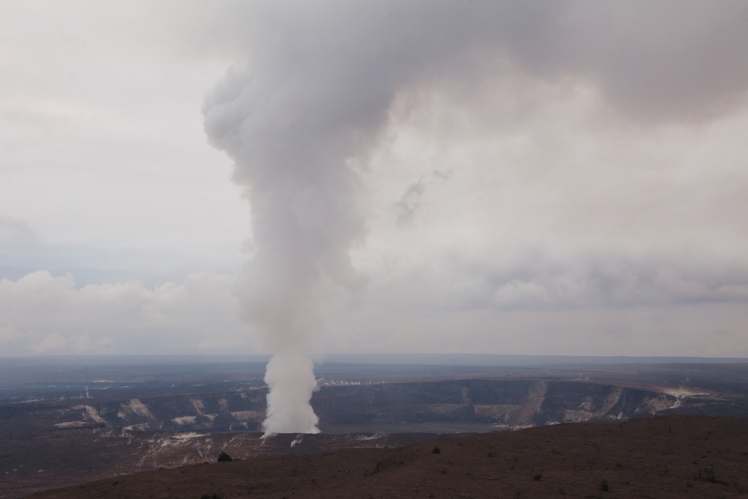 The ultimate eco tourist destination is the Great Barrier Reef. Tour companies offer a day that allows you to experience the Great Barrier Reef from the air and in the water. Snorkel above the Reef and get up close and personal with the diversity of life that inhabits the reef and then once you have got your fill you will fly by helicopter above the Reef back to Cairns. The helicopter ride allows you to take in the beauty of the coral gardens and sand cays. 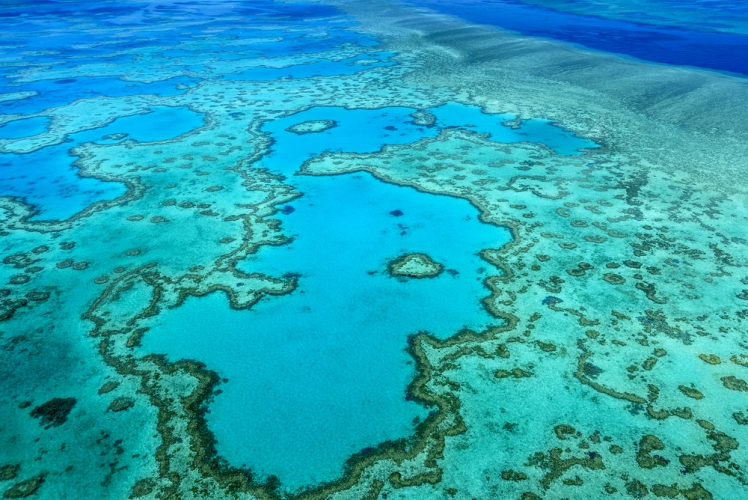 If climbing a mountain as famous and dangerous as Everest is not the adventure that you have your heart set on then the next best thing is to see the tallest mountain in the world from the air. Depart from Kathmandu and trek to base camp on Everest where you will depart on a helicopter ride that will have you taking aerial views of the Himalayas that only the most seasoned mountain climbers typically get to see. 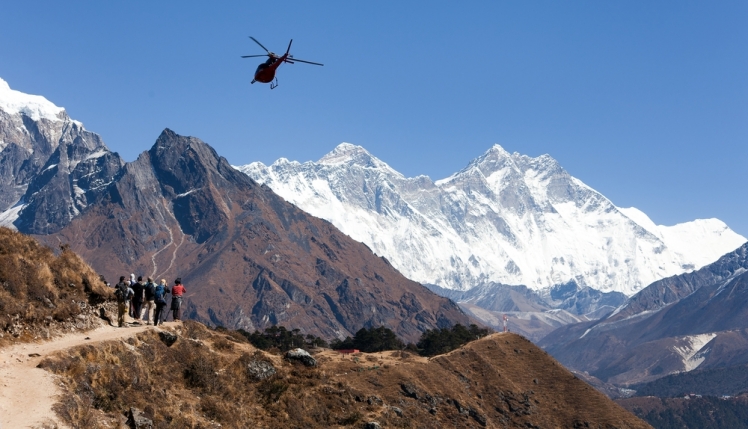 This waterfall in Southern Africa is extremely tall therefore seeing the top of the falls from a helicopter makes the view even more fantastic. The Falls are an extremely popular attraction so it is much easier to view this attraction from the air. Zambia Tourism describes Victoria Falls as, “the greatest curtain of falling water” and spray can be seen rising from the Falls from the air and for miles away. 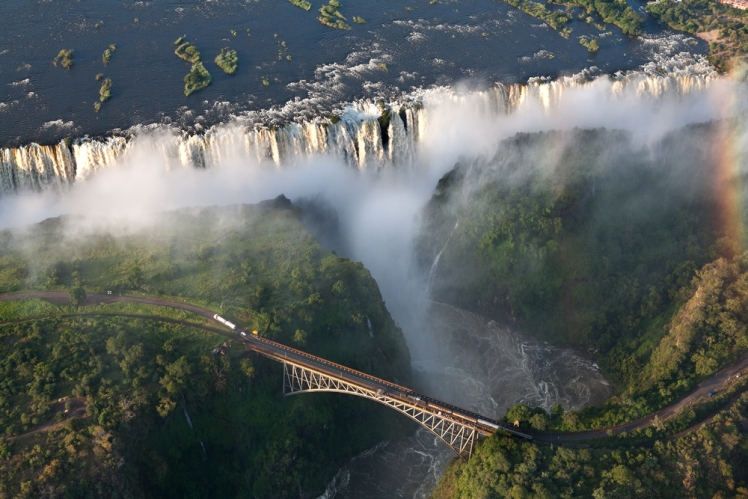 Take off from Juneau, Alaska and tour the glacier icefields from the air. Stay nice and warm in the helicopter and see the vast expanse of America’s most Northern State. Helicopters can actually land on the glaciers and allow you to tour areas that would be difficult to get to otherwise. This is one of those amazing helicopter rides where you will not want to forget to bring your camera along to document the expansive views from the air.

Seeing Sydney from the air is a once in a lifetime experience. The views of the city from above are fantastic as you can see the famous Sydney Harbour and all of its attractions, the most famous being the iconic Sydney Opera House. Sydney’s popular Bondi beach can also be spied from up high in a luxury helicopter tour that you won’t be soon to forget. 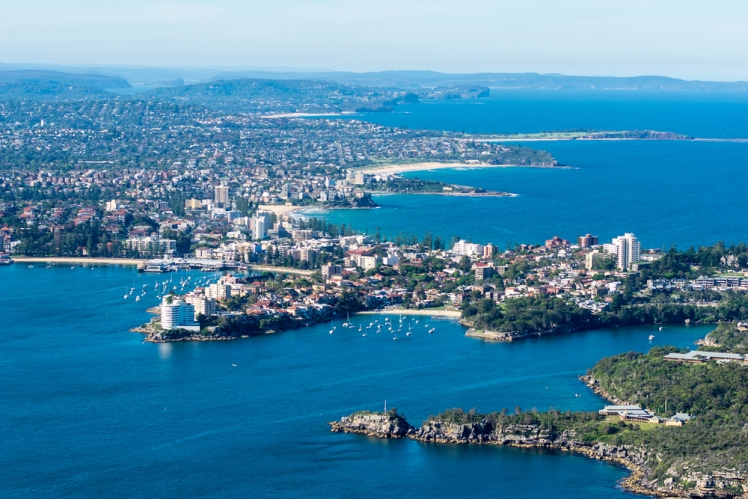 Take in the aerial views of Hong Kong’s towers and prepare to be amazed. Hong Kong is known for it’s tall skyscrapers and many companies house their headquarters in this cosmopolitan city. You will soar high above Victoria Harbour which is on the South China sea and also fly by Victoria Peak. The tallest building in Hong Kong is Two International Finance Centre and you will take in the amazing heights in this amazing helicopter ride. 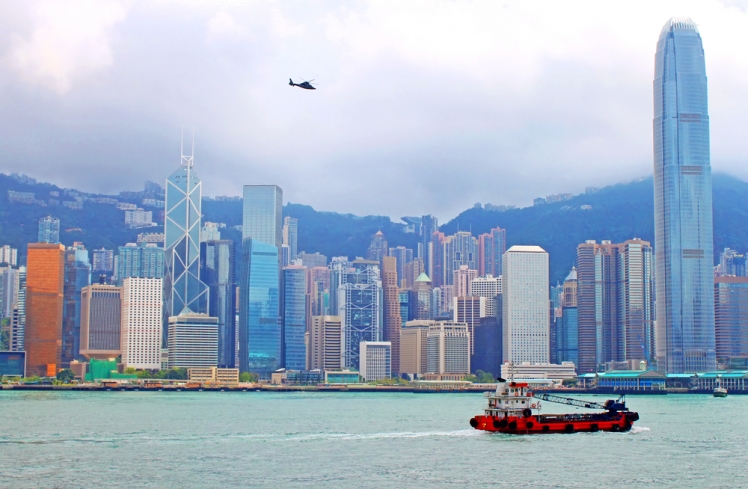 Cairo is awe inspiring from the ground and even more moving from the air. See all of the amazing attractions from the air with a personal Egyptologist to guide your attention. Take in the Sphinx, the Pyramids and the great River Nile. Seeing the Pyramids in their greatness from the air allows you to see the peaks, which you will no longer be able to access on foot. 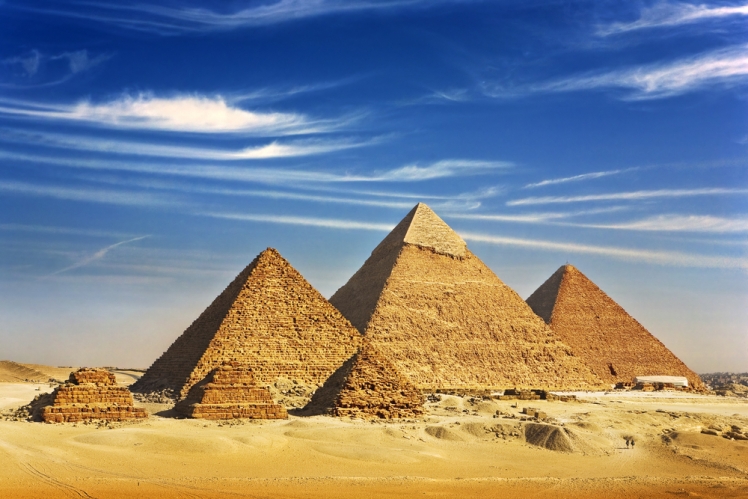 Brazil is such an expansive country and the Amazon is such a great tributary that it is best to take it all in from the air. With helicopter tours you can not only see the Amazon is its greatness, but also such attractions as the Meetings of the Waters; where the Amazon and Rio Negro waters meet, see the giant water lilies and Manaus city. Nature is pretty amazing from the air and a helicopter ride of the Amazon will not disappoint. 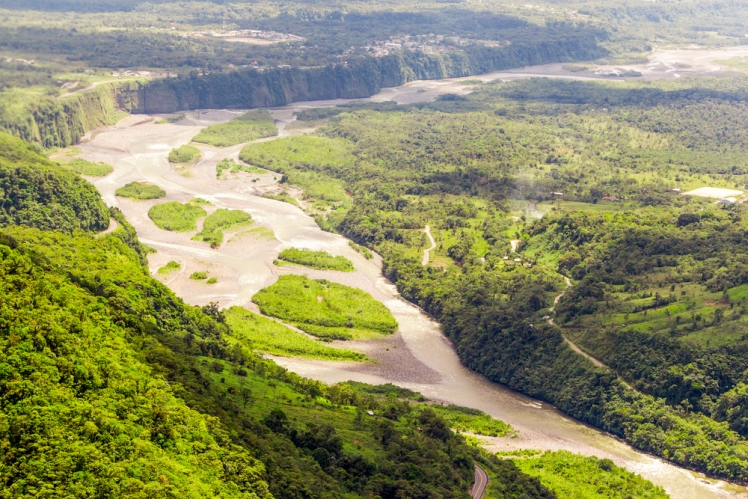 Tour this 50-kilometre stretch of beautiful coast by air and prepare to be amazed. The Amalfi Coast is known for its sheer cliffs and rugged terrain mixed with beaches and resorts and is spectacular from above where you can truly take in the magnitude of the terrain, making it one of the most amazing helicopter rides in Europe. 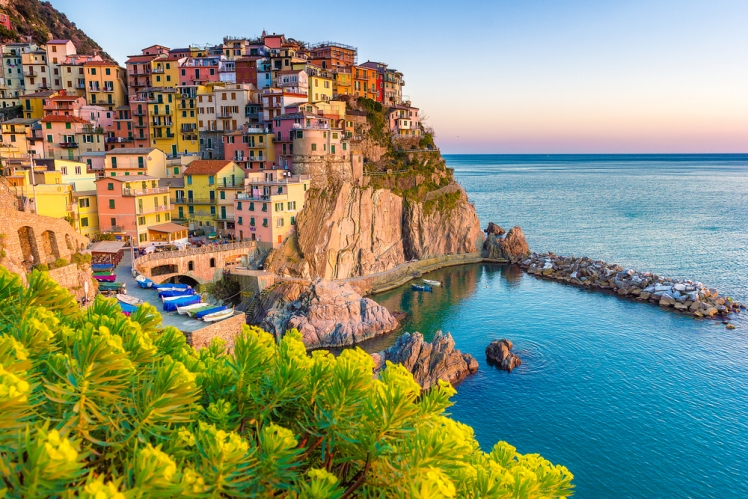