The World’s Most Dangerous Roller Coasters

Are you an adventure junkie? If so, you’ve probably made the trip to plenty of amusement parks in your lifetime. If you consider yourself an aficionado, visiting the world's most dangerous roller coasters should be on your bucket list.

Those who love to be scared look far and wide for ways to satisfy that craving.  This is one of the main reasons why amusement parks are so popular. However, not all roller coasters are created equal. There are some coasters that rank among the world’s largest, fastest and steepest amusement park attractions, which should only be ridden by experienced thrill seekers. If you’re wanting to add a dose of adrenaline to your next vacation, make sure to take a trip to experience one of the following most dangerous roller coasters in the world. Warning: They are definitely not for the faint of heart!

This monstrous 160 ft. tall steel coaster is believed to have the tallest vertical loops in the world. It’s also a speed demon, taking riders at speeds of 70 mph through the loops. This intense ride begins by taking you a full round of the loop, followed by a trip through a dark tunnel. After stopping for a few moments, the train is launched backwards out of the tunnel and then goes partially up the dive loop. Once it loses its momentum, the train returns forward into the tunnel. This is followed by another launch out of the tunnel, where the coaster enters straight into a high G turn to the left and heads up the top hat of the loop, followed by a steep drop. 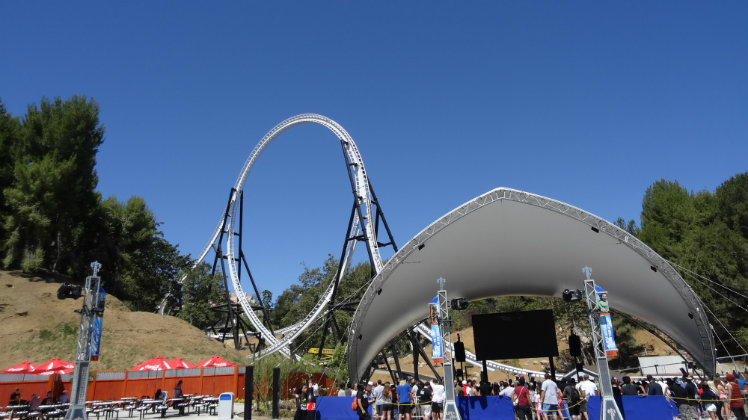 This stomach-churning coaster can brag about being the world’s first roller coaster to feature a true 90-degree drop. This unique coaster dissembles itself as it travels to its drop point and then reassembles itself by tilting the track back to connect the train to the remainder of the rider. Further cementing its status as one of the world’s most dangerous roller coasters, there are even points in Gravity Max where the train is suspended, perpendicular in the air. 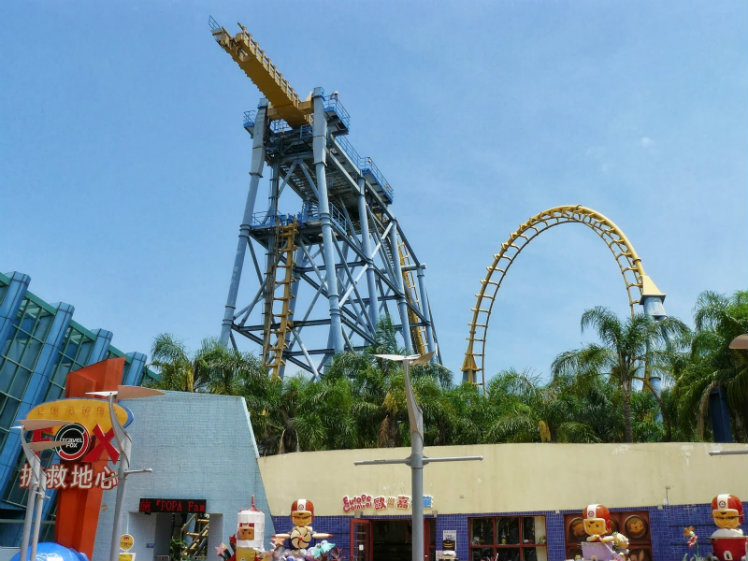 First opened as the “Tower of Terror” twenty years ago, this was the first roller coaster in the world to reach 100 mph speeds and had the claim to fame of being the fastest and tallest roller coaster at the time. Relaunched as the “Tower of Terror II” in 2010, it is still one of the world’s most dangerous roller coasters as it now pitches passengers up 90 vertical degrees, with passengers pulling 4.5Gs. This allows riders to experience weightlessness for about 6.5 seconds during the duration of the ride. 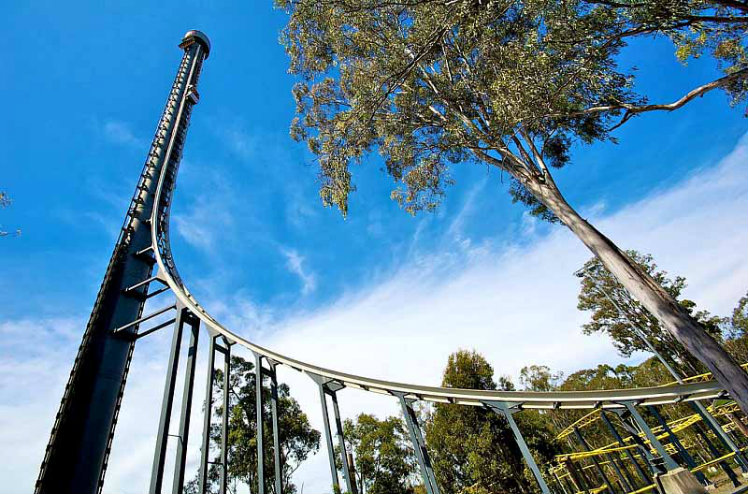 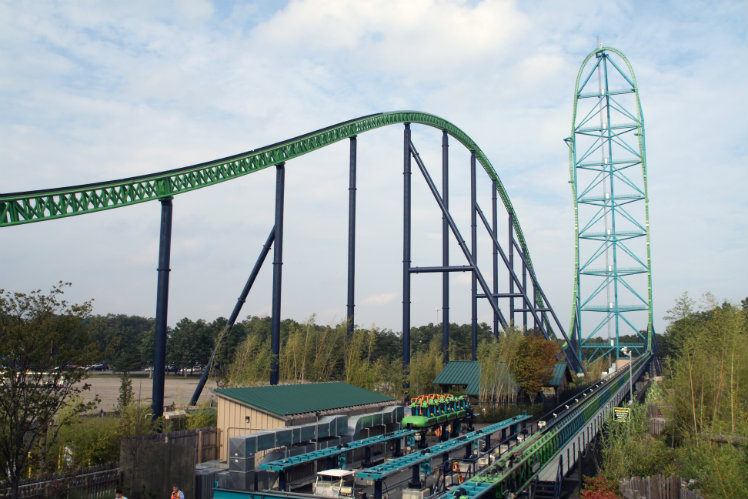 This high-speed, launched roller coaster is the ride that dethroned Kingda Ka as the world’s fastest. Reaching a top speed of 149 mph in only 5 seconds using a hydraulic launch system, riders experience 1.7 Gs of force during acceleration and 4.8 Gs throughout the entire ride. It goes so fast that riders are required to wear protective glasses similar to those worn by skydivers just in case contact is made with airborne insects. 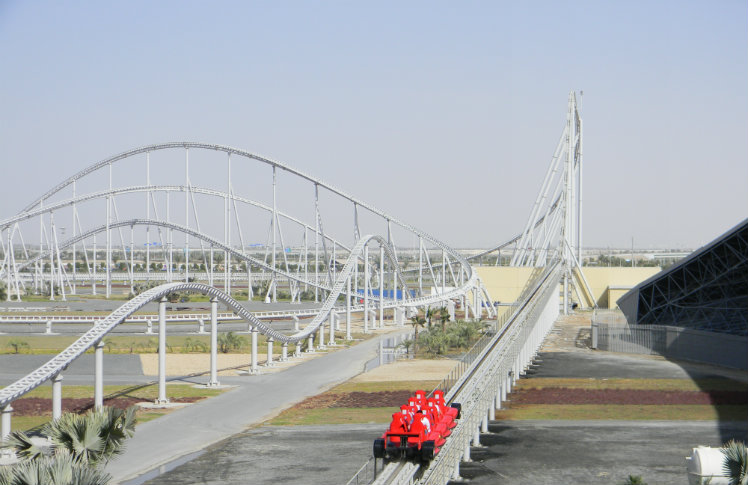 Rides going on the Top Thrill Dragster have to expect the unexpected. At 420 feet in height, it was the first roller coaster to exceed 400 feet high and had the title of “World’s Tallest Roller Coaster” before being surpassed by Kingda Ka in 2005. 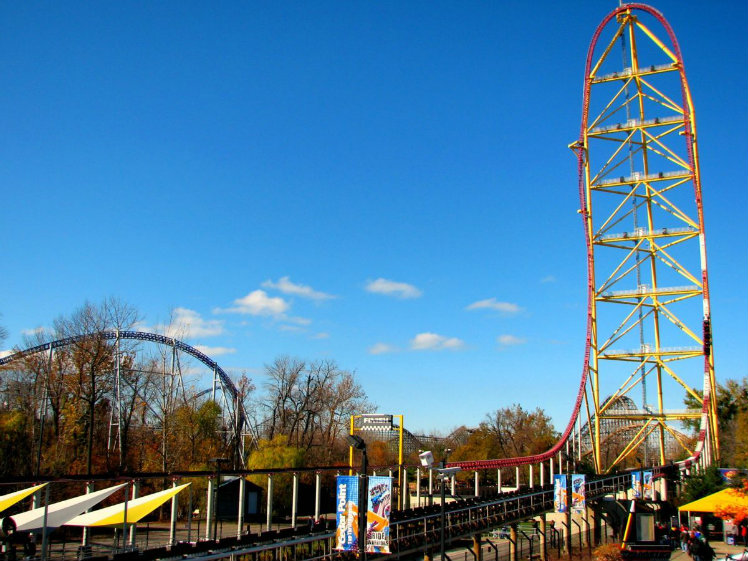 With a drop angle of 121 degrees, Takabisha is famous for being the steepest roller coaster in the world. The ride’s name gives a hint that it is one of the world’s most dangerous roller coasters, as “Takabisha” means “domineering” in Japanese. 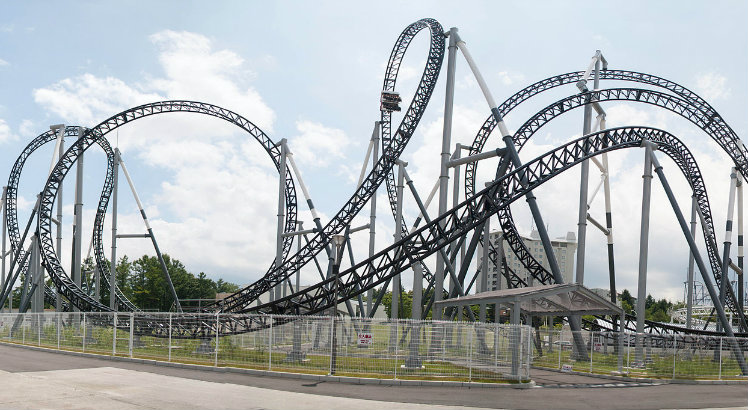 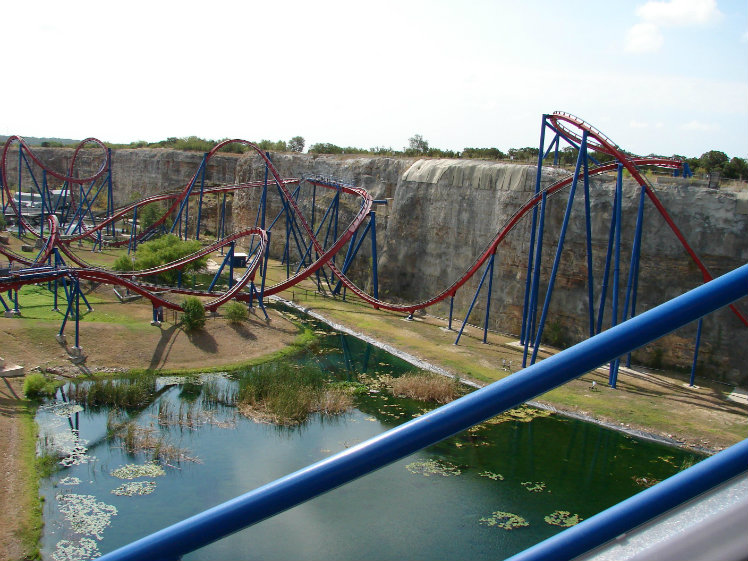 If you’re a coaster fanatic, you should really visit Ohio’s Cedar Point amusement park. Located at the same amusement park as Top Thrill Dragster, Millennium Force was the first roller coaster to exceed 300 feet high when it was first built in 2000. Now, 16 years later, the world’s first “Giga Coaster” still remains one of the world’s most dangerous roller coasters, as riders can expect a dramatic 310 ft. drop and speeds reaching 93 mph. It is also the longest steel roller coaster in the United States, containing 6,595 ft. of track. 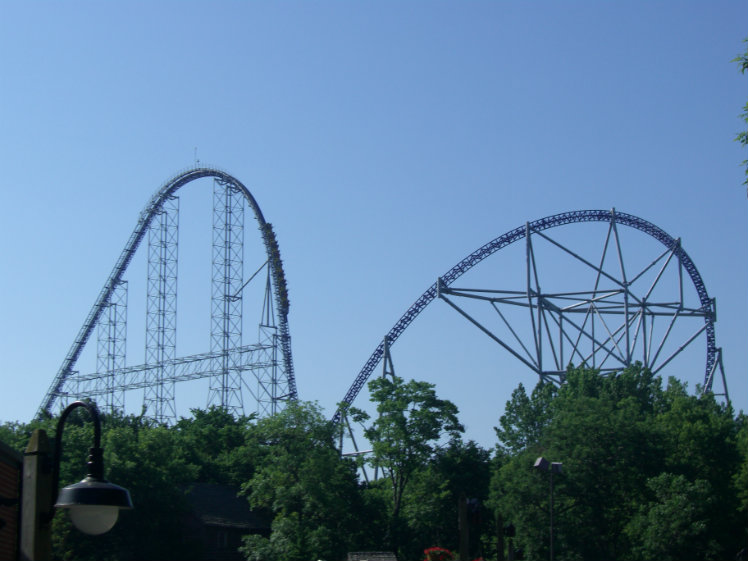 Reaching a maximum height of 325 feet, Fury 325 Is 20 feet taller than the Statue of Liberty and reaching up to 95 miles per hour on an 81-degree drop. Its thrill factor lies in the fact that it is the world’s tallest and fastest Giga Coaster, meaning that it contains a drop that ranges from 300 feet to 399 and completes a full circuit. Fury 325 dethroned its predecessor Millennium Force when it first opened in 2015. 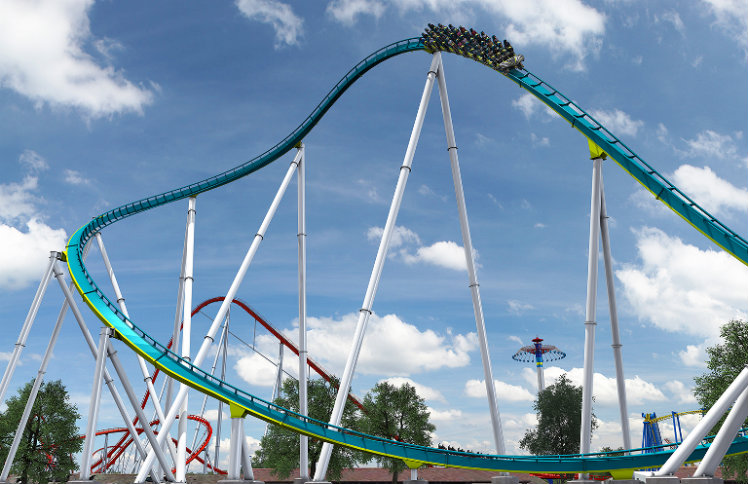