Things to do in Chicago

Chicago tends to get under your skin very quickly - it offers just as much as New York in terms of culture and buzz, yet leaves you feeling far less exhausted. Its architecture makes it a visual treat, even for those whose tastes tend more towards the natural world, while its wealth of great food, history, design and culture will leave you satiated on all of your wanderlusting fronts. Hit the major sights or just take your time over exploring its many and varied neighborhoods - they each have their own unique flavor and allure.  See these things to do in Chicago.

Spanning 24.5 acres, this green space is an oasis surrounded by Chicago’s towering skyscrapers - and a popular place to hang out, even when there isn’t one of the city’s many events or festivals being held here. There’s a wealth of public art to be admired, including the iconic Cloud Gate (aka ‘The Bean’) not to mention the dazzling Jay Pritzker Pavilion, which was designed by architectural luminary Frank Gehry in the Deconstructivist style. There are free concerts held here in the summer, as well as cinema under the stars; in winter, get your skates on at the McCormick Tribune Ice Rink. 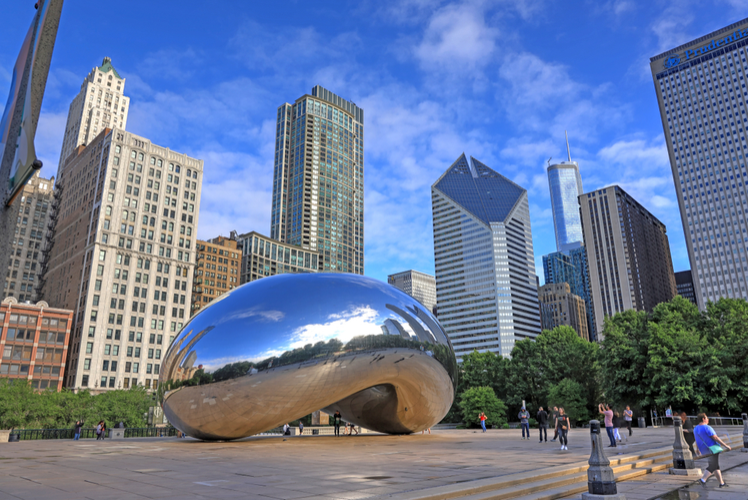 Founded in 1879, this is one of the city’s best-loved cultural institutions. A whole day wouldn’t be enough time to admire all 300,000-plus of its artworks but if you’re a 90s kid, you won’t be able to help recreating the ‘visit to the gallery’ scenes from Ferris Bueller’s Day Off - and there’s an impressive collection of contemporary art in the Modern Wing to be perused as well. Once you’ve had your fill of art, you can also fill your stomach at one of the Institute’s restaurants or cafes; reservations are recommended at the popular Terzo Piano, but there are also a couple of low-key cafes, plus outdoor spaces to enjoy in the summer months. 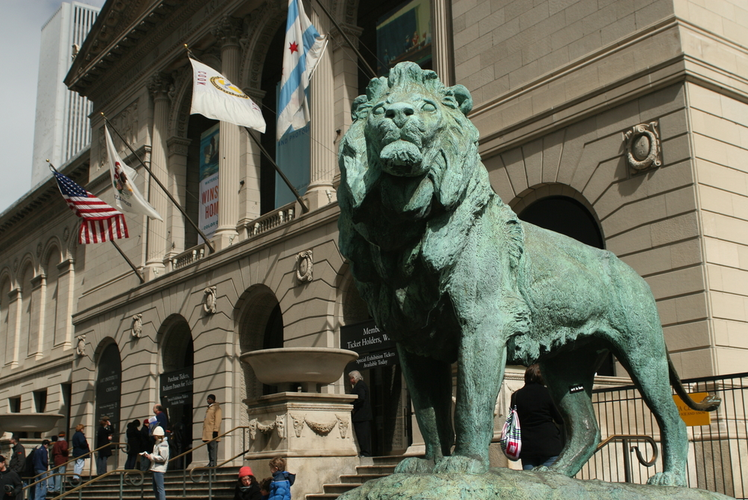 Home for some 600 species of plant - many of which aren’t indigenous to the region - this enormous greenhouse is one of the largest conservatories in the whole of the United States. It’s a great place to take a break from the pace of the city, and photo opportunities abound; there are often art installations framed by the greenery as well. The structure itself is very striking and well worth a second look even before you venture inside. It’s a little way off the beaten track, so it doesn’t tend to get crowded - another peaceful bonus, as is the fact that admission is free, although donations are welcome. 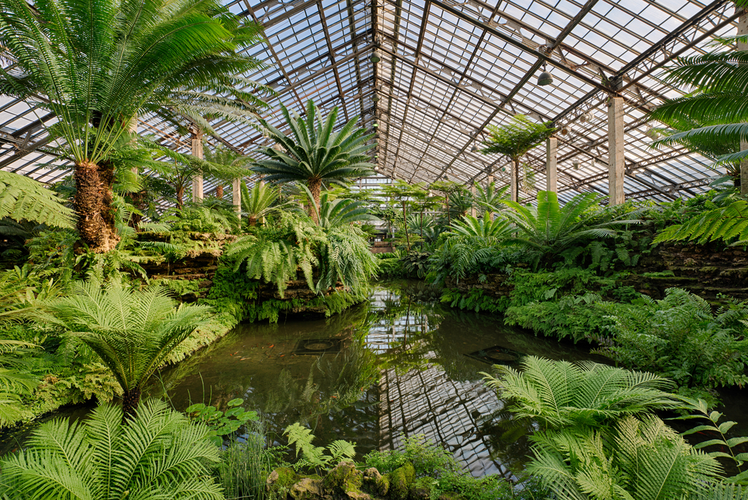 Like New York’s High Line, this is an abandoned stretch of elevated railroad, which has been regenerated to create a pedestrian trail that links Humboldt Park, Logan Square, Bucktown and Wicker Park. Popular with joggers and cyclists, it’s also a novel way to get from one place to another and a great example of how urban design can be put to good use to create much-needed green spaces. As well as having great views of the city, The 606 is also used for art installations and events, so whether you’re traversing or lingering, it’s definitely worth checking out while you’re in the Windy City. 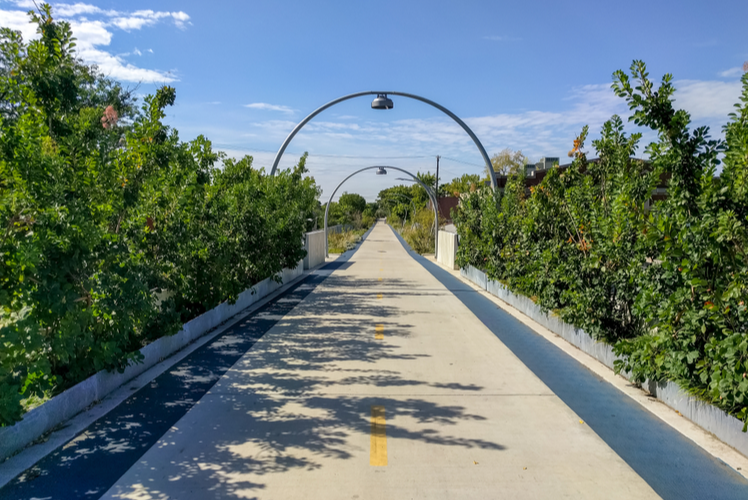 If you’re the sort of person who has their head in the clouds and stars in their eyes, then a visit to Adler Planetarium will be a must in Chicago. Located at the furthest edge of Museum Campus, it has great views over the city skyline; inside, you can get clued up about all things astronomy and astrophysics related, as well as checking out the teeny-tiny Gemini 12 capsule, in which two astronauts travelled to and from space on a 1966 mission. Finally, immerse yourself in the heavens in the Grainger Sky Theater, where multiple projections on the 70-foot-diameter dome will transport you to a galaxy far, far away. 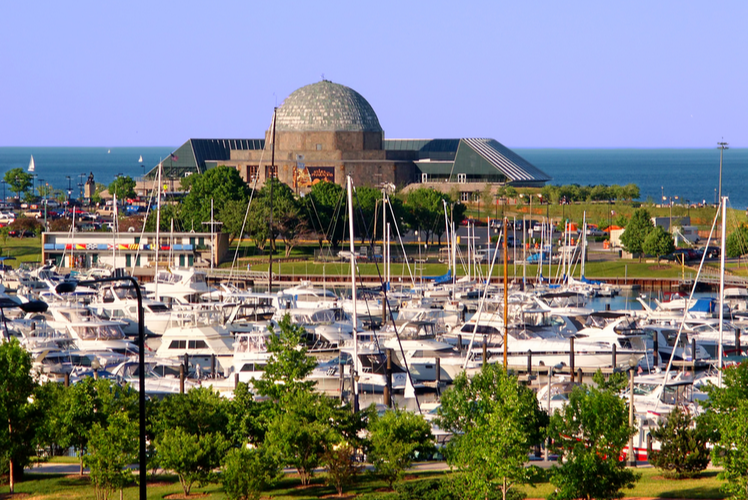 Vertigo sufferers, look away - this skydeck is located 1,353 feet above the city, on the 103rd floor of the Willis Tower, which is the tallest building in the Western Hemisphere. On a clear day, you can experience views of up to four states from here, as well as checking out the interactive displays and exhibits. Step outside onto The Ledge - it’s a glass box that extends more than 4 feet out from the side of the building, giving you the eerie sensation of being suspended above ground with nothing beneath your feet … if you can handle it, take a moment to soak up the amazing views of the city surrounding and beneath you. 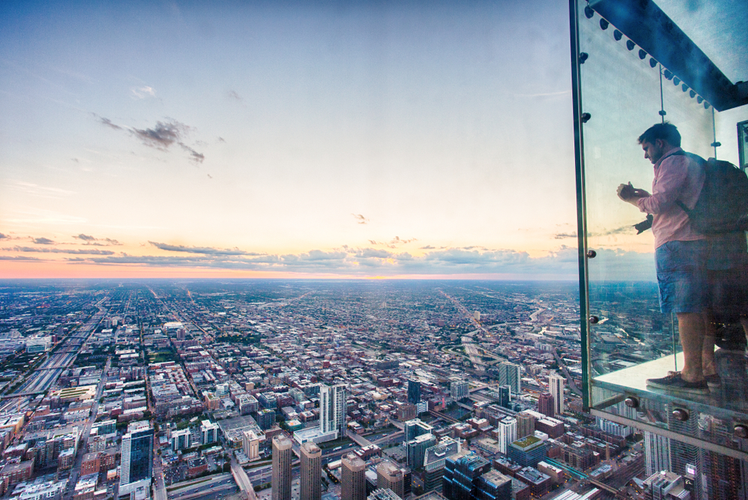 Thrusting out into the waters of Lake Michigan, there’s plenty to keep every type of traveller happy at Navy Pier, which boasts a whole slew of attractions in a relatively concentrated space. Children and the young-at-heart should definitely take a spin on the 200-foot Ferris wheel, which offers lovely views of the city, while entertainment-seekers can choose between a live show at the Chicago Shakespeare Theater or the high-tech dazzle of a film at the IMAX. The popularity of the Pier means that it’s a great place to people-watch, too - so grab a drink or a plate at one of its many bars and restaurants, and watch the world go by. 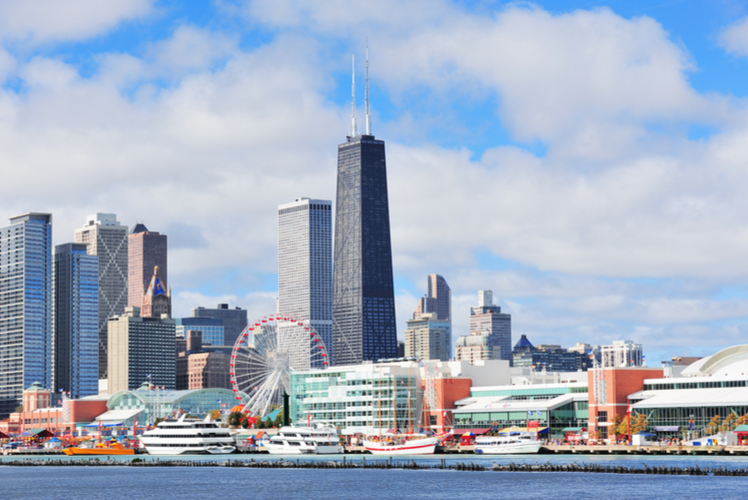 Think Jazz, think gangsters - think The Green Mill. Located Uptown, it was once the haunt of Al Capone and other mafiosi (you can check out the booth in which he and his fellas used to sit, perfectly positioned to keep a watchful eye on the doors) and has been serving up drinks since before Prohibition. You’ll take a moment outside to take in the iconic and illuminated sign that announces the venue; no doubt you’ll pose for a selfie with it too. Don’t leave it too late to venture inside though - the Green Mill gets crowded, so if you want a good seat from which to enjoy the jazz music, which plays until late, grab a drink and nab your spot nice and early. 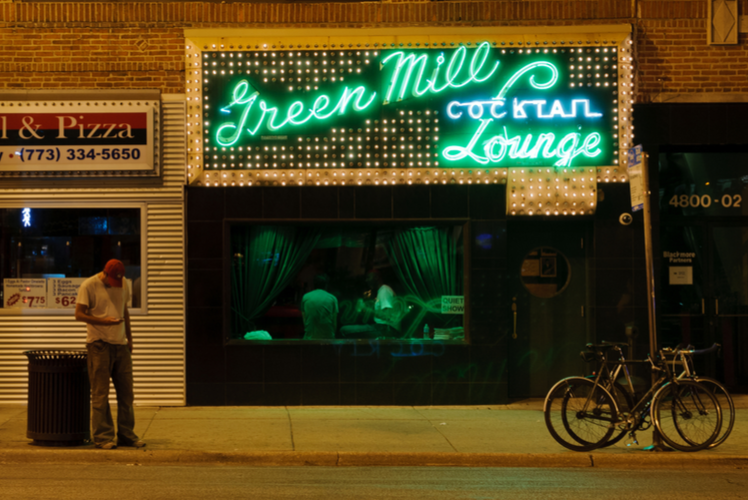 Built in 1914, which makes it one of America’s oldest ballparks, this stadium - nicknamed the Friendly Confines - has been the home of the Chicago Cubs for over 100 years. It’s one of the few ballparks to still have a manually operated scoreboard - and the ivy covered walls are iconic, too. Whether you’re a supporter or not, there’s plenty of ball history here - for the best insights, get yourself on a tour, which, on a non-game day, will take you into the Cubs’ dugout, press box and visitors’ clubhouse, as well as the seating bowl, bleachers and field. Game day tours are also available, but you’ll be more limited in what you can see at close range. 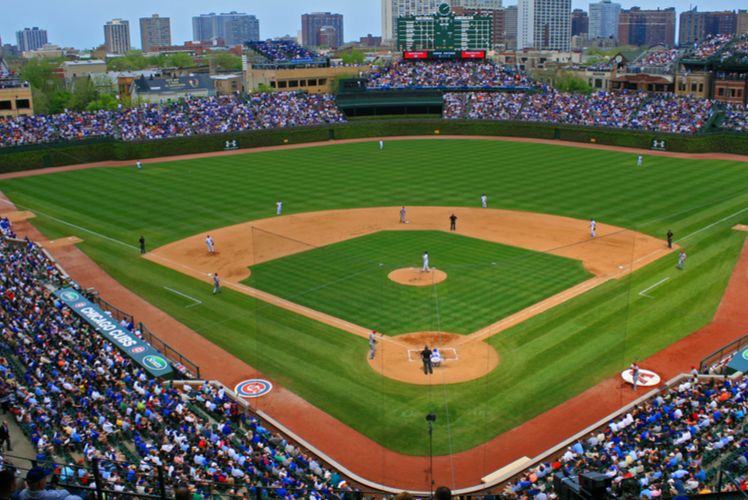 Simply messing around in boats has long been regarded as one of the most worthwhile ways to spend one’s time and nowhere is this more true than when you’re in a fast-paced city through which a river runs. There are a number of cruises you can take on Lake Michigan or on the Chicago River, and they range from relaxing tours taking in the highlights of Chicago’s cityscape - complete with commentary - to fast-paced speedboat rides where it’s more about the thrill than the sights. Some cruises even have a particular focus - for example, if architecture is your jam, then head straight for the Chicago River Architecture Cruise, which takes in no fewer than 40, count’em, 40 listed landmarks. 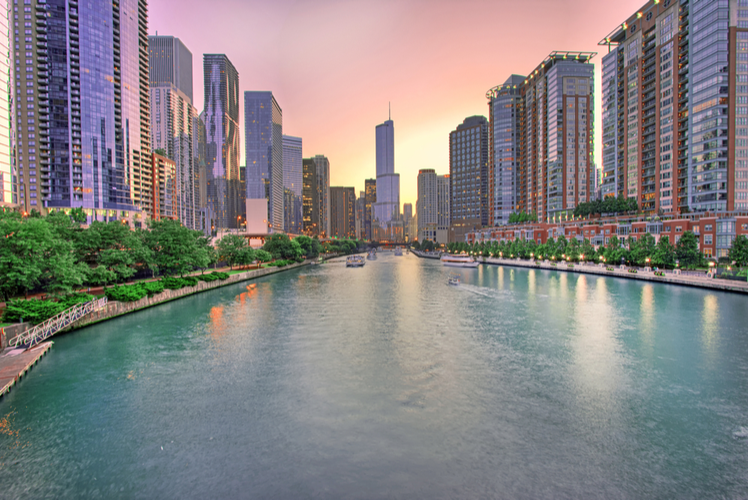 When it comes to terms of endearment, the fact that this particular 319 acres is dubbed “Chicago’s front yard” should tell you something: it’s like home for those lucky enough to live here. Many of the city’s main attractions can be found within its boundaries, but as well as being home to the Art Institute and so on, it’s just a lush and green place to hang out. If you’re here in October, you can catch the start and finish of the marathon, but the Taste of Chicago Festival, held in July, is more than worth timing your trip to coincide with. 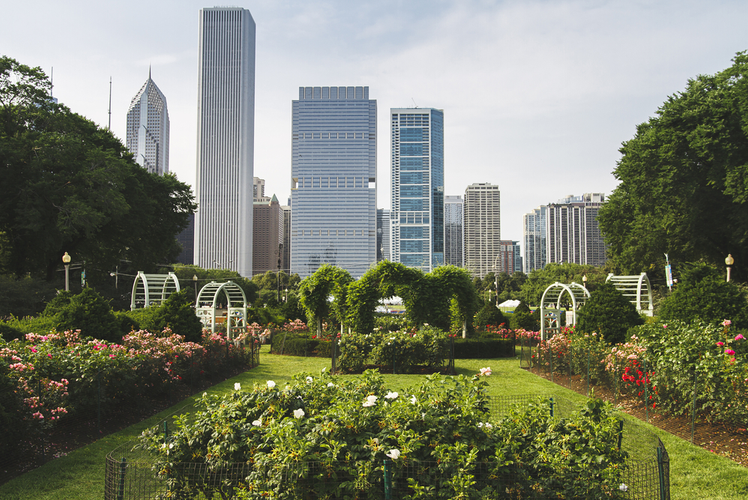 Instantly recognizable from a gazillion film opening sequences, this 344-meter skyscraper stands out on Chicago’s so-called Magnificent Mile. It was completed in 1969 and features a distinctive ‘tapering off’ design - but don’t just view it from the outside, head on up to the 94th floor (the elevator ride takes a stomach-lurching-less-than-40-seconds) to 360 Chicago, where the views are A1. There’s a cafe and bar up here, and displays to label the landmarks visible from this vantage point - but if you’re already feeling a bit queasy, you’d best avoid ‘Tilt’, which is a glass capsule that angles forward at 15, 25 and 40 degrees for a view like no other. 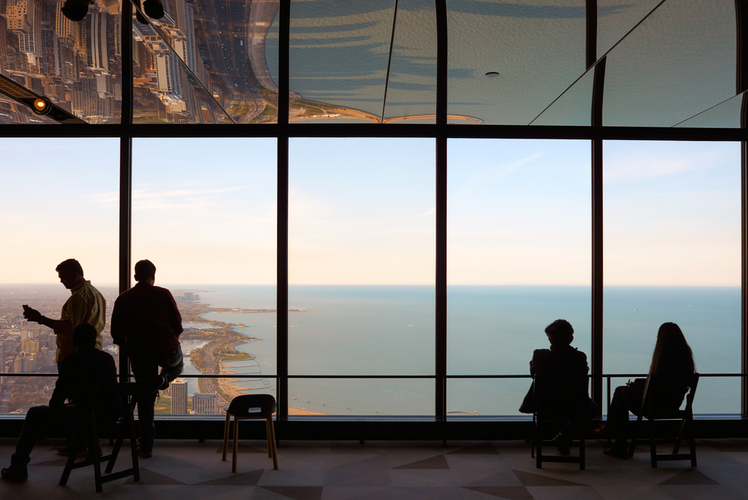 First up - it’s FREE. This is pretty much unheard of for a zoo, especially one with the likes of beasts along the lines of zebras, sloths and hippos. Visitors can meet their ancestors - check out the gorillas in the Regenstein Center for African Apes, or get up close and personal with seals at the Kovler Seal Pool. Family-friendly activities abound with the farm-based petting of cows, goats and pigs - and don’t miss the Endangered Species Carousel, which highlights no fewer than 48 rare and endangered creatures. There’s a whole menagerie of scaly things to see here as well - hey, they’re not for everyone, but they’re probably not ecstatic at the sight of you either! 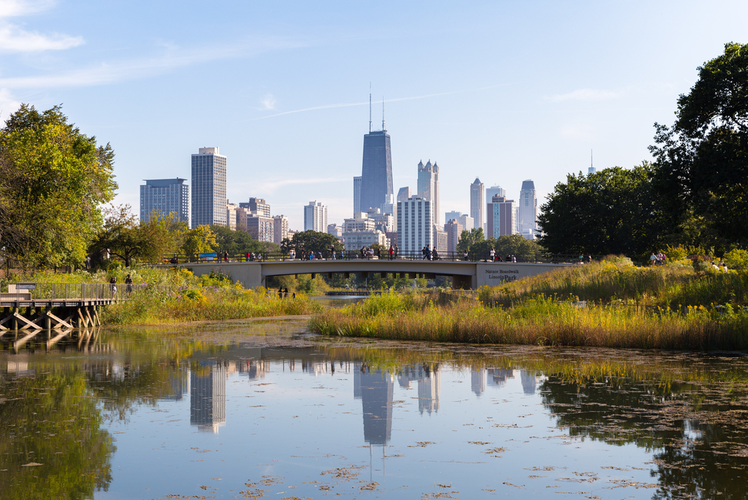 Once the Chicago Public Library, this gorgeous structure was acquired by the Chicago Cultural Center in 1986, and came with the splendor of the Tiffany dome designed by J.A.Holzer and completed in 1897. 34-feet in diameter, the dome comprises around 30,000 individual panes of glass in its ornate mosaic and is currently valued at over $35 million. Even if you’re not a horoscope fan, you’ll no doubt recognize the signs of the zodiac depicted here, which were restored to their naturally backlit beauty in 2008. 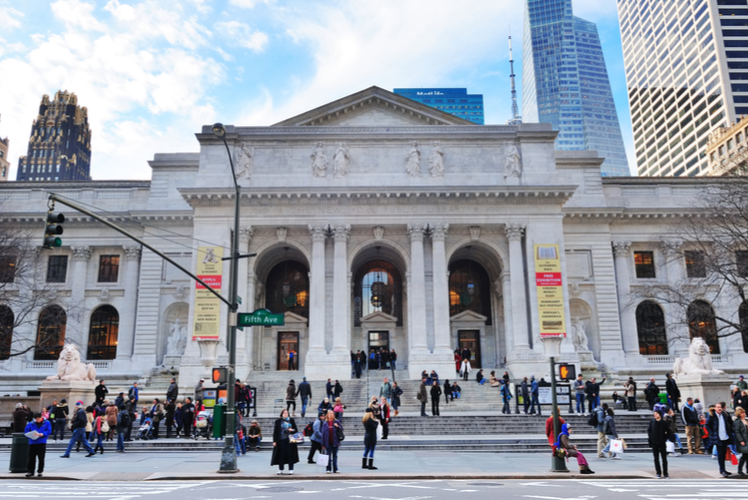 Although not a Chicago native, this celebrated architect honed his craft in Chicago, where opportunities abounded after the 1871 fire. Although he originally started out by working for a renowned local firm, this building was his home and studio for the first 20 years of his career - he expanded it more than once to accommodate his growing family, as well as his practice, which he moved into his home in 1899. Although not built in the ‘Prairie Style’ for which Lloyd Wright became known, it’s fascinating to check out the suspended drafting balcony he devised and then walk the streets surrounding the house, which are home to around 30 of his designs. 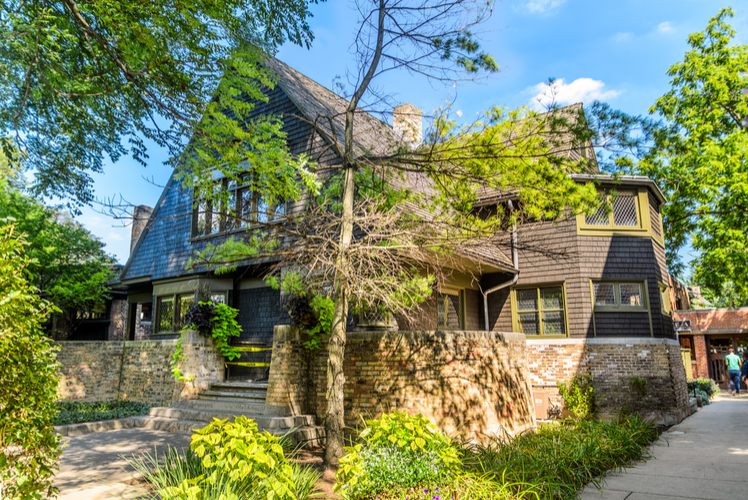