Things to do in Dallas

Think Dallas, think big. Also think the eponymous television series, which turns 40 this year - but really, the Texan city has far more to offer than oil barons, big hats and family intrigue. More diverse and vibrant than it’s ever been, with a flourishing arts and culture scene and a friendly, inclusive society, there’s so much to see and do here. Read on for the best things to do in Dallas, Texas.

Few people can fail to associate Dallas with the assassination of President John F. Kennedy, and this museum tends to be a must-see for visitors to the city. Two areas of the museum have been recreated to look as they did in 1963; take a self-guided audio tour and examine facts about the incident, as well as relics from Kennedy’s early life and presidential career. For a truly poignant experience that very few people fail to be moved by, you can stand at the window from which the sniper shots were fired on that fateful November day in 1963 and look down on Dealey Plaza, which was designated a National Historic Landmark in 1993. 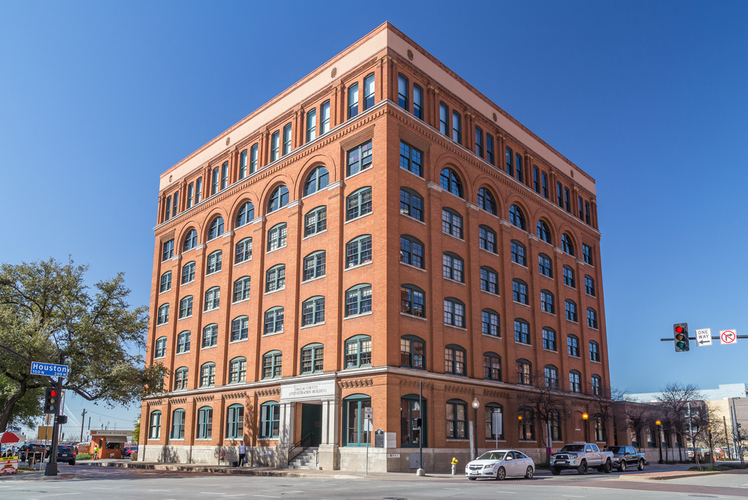 Spanning a glorious 66 acres on the shores of White Rock Lake, this lovely green space has no end of opportunities for relaxing and exploring outside. The public are treated to a jam-packed calendar of events throughout the year, including educational programs, music and performance - and there are plenty of picnic areas to while away the hours with some food and friends. Leave the football at home - active sports are not permitted, in keeping with the peaceful zone created here - and look out for seasonal events, like the carpet of tulips for Dallas Blooms in spring, or Fall’s Pumpkin Village. 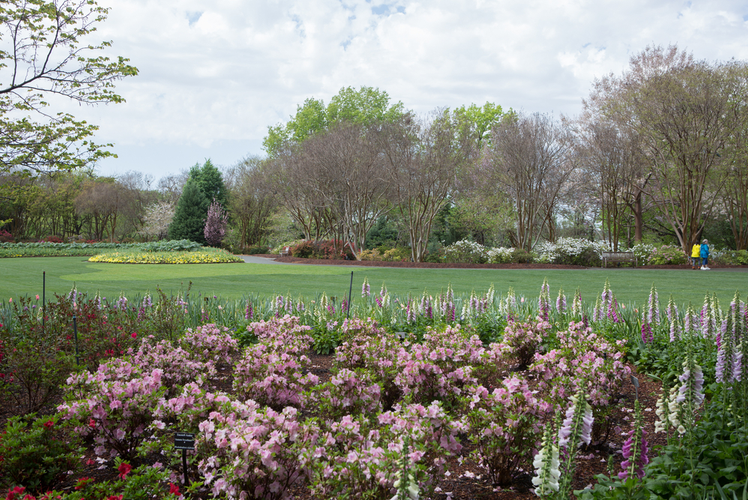 This is not just another park - it’s unique in that it sits over a freeway. Opened in 2012, it’s over 5 acres in size, and is named after the son of billionaire Kelcy Warren. It’s not just its location, in the middle of uptown Dallas, that makes it worthwhile though - there’s a putting green and ping pong area, as well as giant chess; while for the kids, there’s a children’s amphitheater and storytelling tree. With the addition of a dog park, four-legged friends aren’t overlooked either. A program of cultural and educational events runs throughout the year - and when you start needing some fuel, fear not, because the area is lined with eating options ranging from food trucks to restaurants. 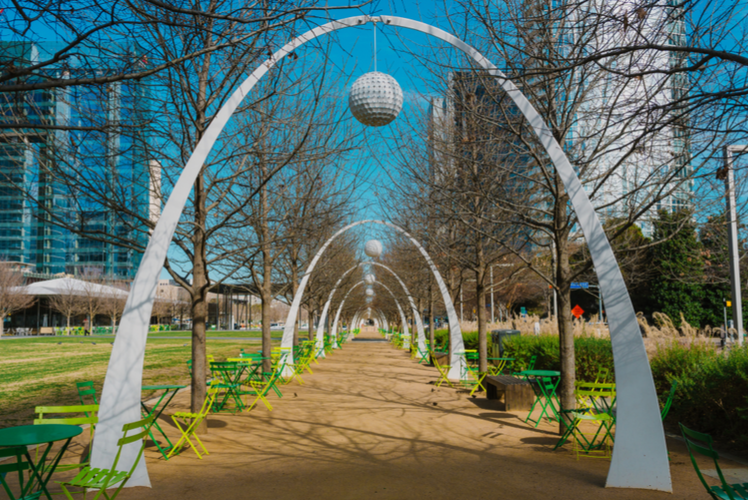 Founded in 1903 and housing over 23,000 works of art from a period of over 5,000 years, the permanent collection here includes works from the likes of Picasso and Monet, as well as a vast collection of pieces from antiquity. Fashionistas ought to check out the rooms which have been recreated to look like the South of France villa owned by Coco Chanel - swoon! The architecture holds as much allure as the art here - In 1984 the DMA moved to its current location, the sprawling 370,000-square-foot building designed by Edward Larrabee Barnes. Don’t miss his walled sculpture garden, one of the most soothing exterior spaces you’ll ever experience in a bustling downtown area. 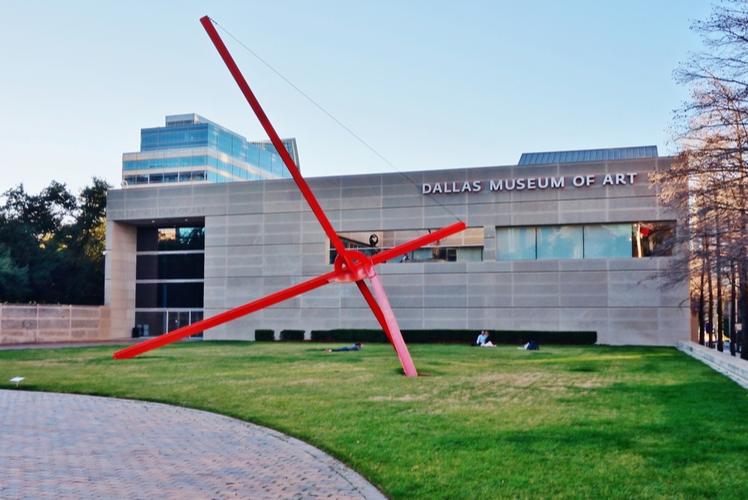 This bridge is the ideal vantage point from which to snap photos of the Dallas skyline and features some pretty cool architectural angles and elements in its own right, too. Just a short walk away is Trinity Grove, which is the restaurant hub of the downtown business district. Take your pick from a huge variety of national and international cuisines, ranging from Italian, tapas, Mexican to - of course! - barbecue. No matter what your preference, it’s all here. 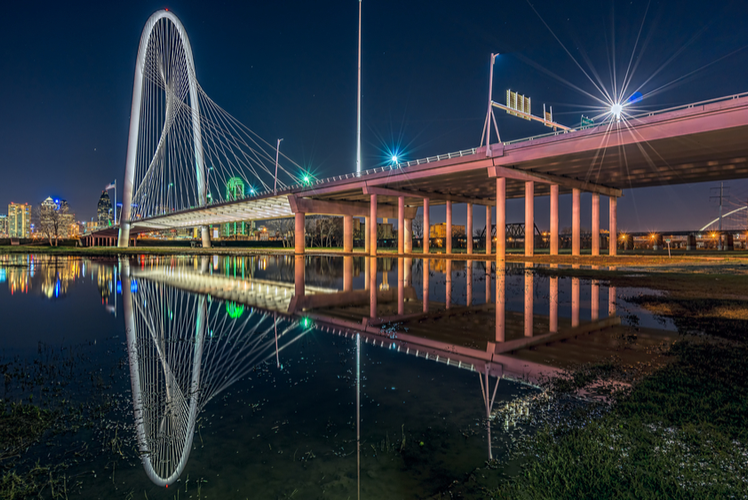 Built in 1978, Reunion Tower is one of the most recognizable structures in Dallas; even if you’re not eating at Wolfgang Puck’s Five Sixty restaurant, you should definitely head up to the GeO-Deck - complete with powerful telescopes and high-definition zoom cameras - to take in views of the city from 470 feet in the air. Cross your fingers for a clear day, as you’ll be able to see for miles around. Chase Tower isn’t as high, but it’s free and still offers great vistas through the floor-to-ceiling windows from a 40-storey-high vantage point. 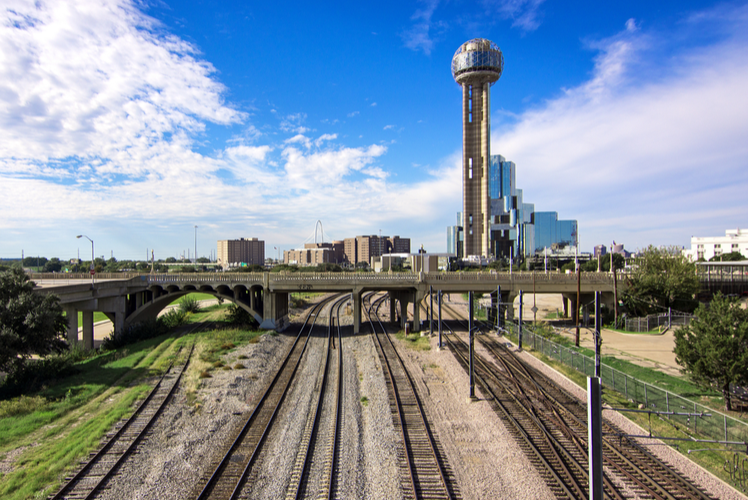 As well as hosting a wide and varied program of special events throughout the year, this is a vast oasis of nature and wildlife in the center of the city, which attracts more than 1 million visitors each year. There are over 9 miles of hiking and bike trails, as well as plenty of space for children to play, for groups to picnic and for the dog to exercise. The wetlands offer great opportunities for birdwatching, and water babies can make the most of the canoeing, kayaking and paddleboarding that’s available on the lake. 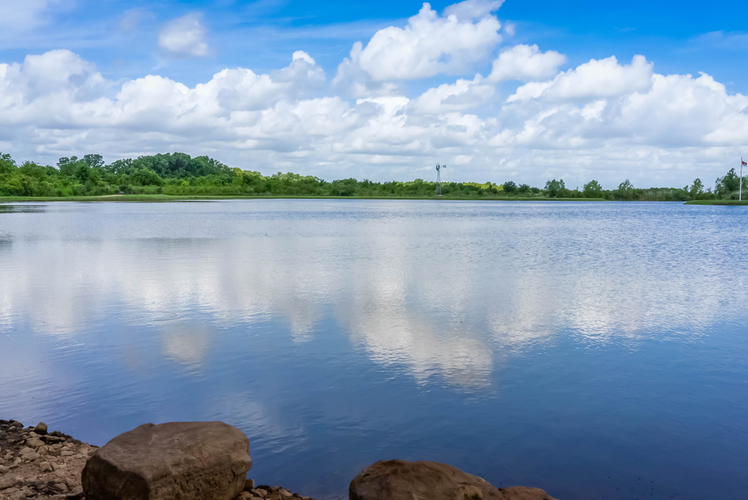 Designed by visionary Italian architect Renzo Piano, this center was opened in 2003 and is home to an eye-opening collection of contemporary sculpture, from the likes of Picasso, Rodin and Matisse. Featuring both a rotating exhibition of works from the collection of the Nashers, the family behind the center, to a calendar of exhibitions curated from other collections, this is a popular venue for weddings but even if you’re not in a bridal gown, it also contains an auditorium, research facilities and a shop. It’s also, with its collection of sculptures displayed both inside and out, begging for an Insta-worthy snap. 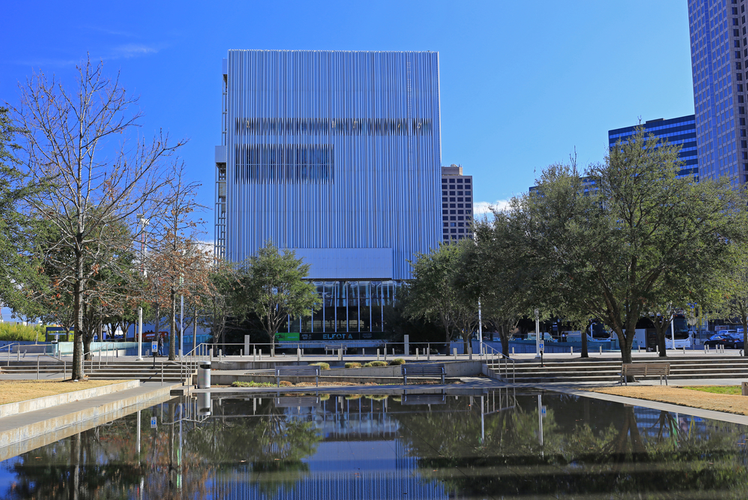 Indulge your fondness for days gone by and jump on a Streetcar named Nostalgia (that just about works, right? Sorry if you don’t approve, Tennessee Williams!) and take to this vintage trolley for an independent sightseeing tour with a difference. You can hop on and off as many times as you like, all the while journeying from the downtown Dallas Arts District to the slick uptown area with its boutiques and eateries. It’s a fun and novel way to see the city from a different perspective. 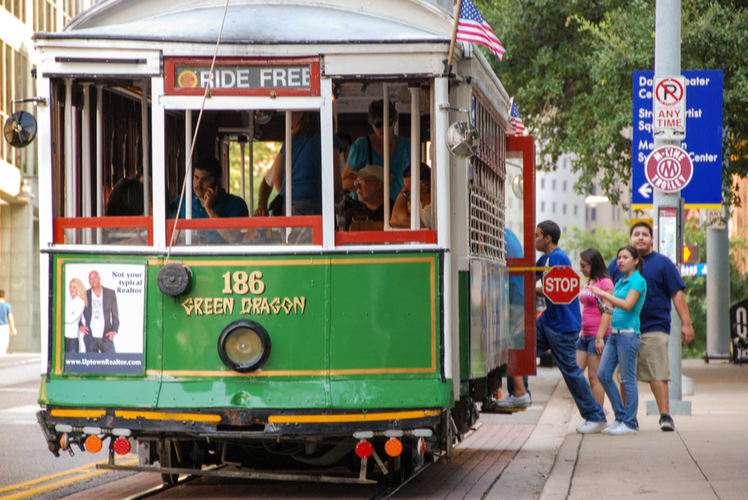 The frozen margarita machine was invented in 1971 and now resides in the Smithsonian National Museum of American History - but anyone who’s after that booze-infused slushie-esque experience can download the Margarita Mile app to gain access to a carefully curated list of the best damn margaritas in town. Discounts and freebie bar snacks can be enjoyed simply by showing staff the app, while those who like a challenge can work all the way up to 14 stamps in their ‘passport’ to earn that coveted ‘Rita Master accolade and score some great merchandise along the way. 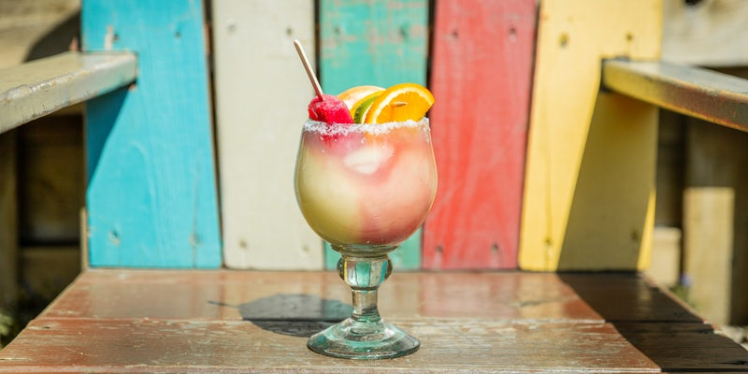 Take a trip 14 miles east of Dallas on a Friday or Saturday night throughout the summer to check out this rodeo - so Texan it hurts, and one of the few continuous rodeos in the country: it’s been in action since 1958. You can soak up action along the thrilling lines of steer wrestling, barrel racing and bull riding, but there’s also a heap of activities for visitors to get involved with, including challenging yourself to stay astride a mechanical bull, plus pony rides and petting zoo for the youngsters. Children under the age of 3 don’t require a ticket. 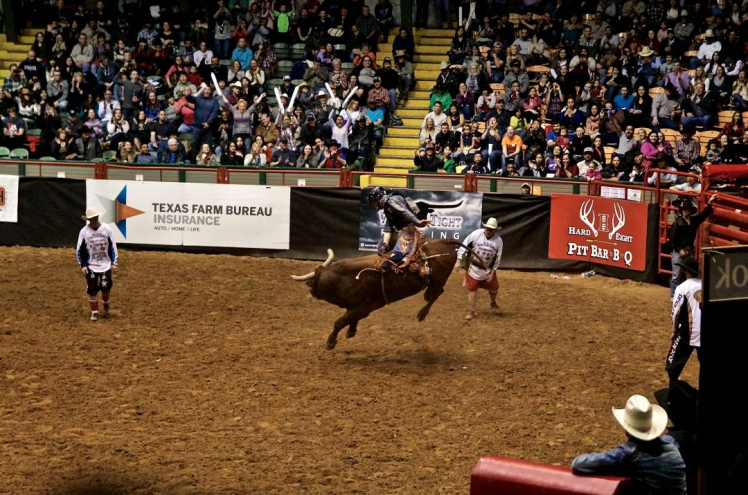 If your love of horses is more immersive than merely spectating a rodeo allows, then head to Dallas’ newest equestrian centre, which is deep in the forest yet just miles from downtown Dallas. Get back to nature with the sights, sounds and smells of this idyllic setting - all from horseback, as you ride the trails of a serene and tranquil landscape with passionate guides who are committed to providing you with the best experience while putting the well being of the horses first; their health, alertness and responsiveness will win your heart even before you step foot in a stirrup. 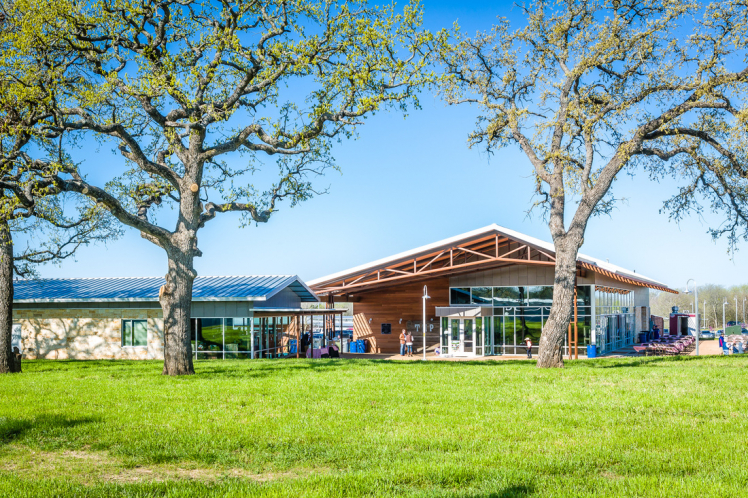 Not every state has a presidential library and this one, given the tumultuous time during which Bush was the POTUS, is especially fascinating for anyone who’s lived through those definitive 21st century moments. There’s an exhibit devoted to the the 9/11 attacks, plus an exact replica of the Oval Office - but the most compelling and magnetic attraction is probably the “Decision Points Theater” which places you in front of a big screen and requires you to make decisions based on the exact same evidence that the President Bush had at his disposal during his time in office. 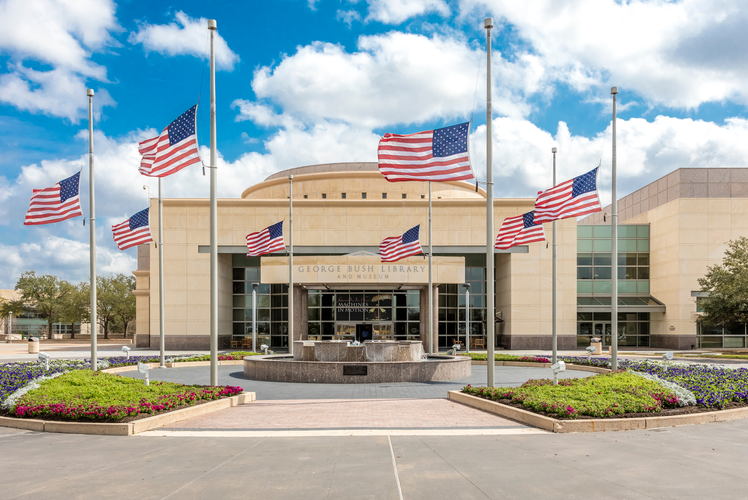 Yeehah - get ready to talc up your thighs and glide on some leather. Or not. It’s okay - you can just browse. Either way, this store, located in the historic West End of the city, will set your inner rock god alight - it’s leathered the limbs of those from Mick Jagger to Bon Jovi. Don’t get that “I don’t belong here vibe” though - they are more than happy to accommodate everyone, whether it’s a pair of boots, a stetson, or just a bolo tie you crave. They’ll even serve you Texan beer on which to sip while you browse.

If you love an amusement park, then you’ll LOVE Six Flags.From adrenaline-pumping, heart-racing rides, to gentler options for those who are younger or just not quite as dare-devilish, this park is one of Dallas’ main attractions, and offers plenty in the way of entertainment and food for re-fuelling between rides. Gravity-defying ‘coasters like the Harley Quinn SpinSanity and the looping, twisting Batman Ride are here for your stomach-lurching enjoyment, as are family-friendly water rides like Aquaman Splashdown. Check out the calendar of events throughout the year, too - and there are also plenty of shopping options for those who like to indulge in a touch of retail therapy. 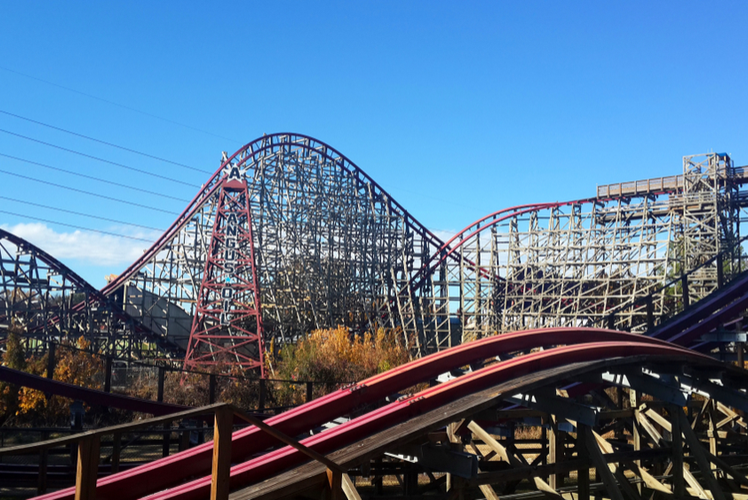