15 Things to See and Do in Boston

Founded back in 1630, the capital of Massachusetts played a key role in the American Revolution. Political change and deep thinking kind of go hand in hand, so it’s no wonder that there are so many prestigious centers of learning here - Harvard is the very shiny tip of the iceberg - but with student life comes a lively buzz and hard-to-fake liveliness. The result? A city that will make you both think and have fun. Here are 15 things to see and do in Boston.

Take a stroll along the Boston waterfront’s HarborWalk, which offers great views and is lined with parks and public art, as well as benches and cafes at which to just stop and take it all in. Start from the wisteria-draped pergola of Christopher Columbus Waterfront Park at the North End and make your way along past Commercial Wharf, India Wharf and Long Wharf before emerging into the buzzy Seaport district, which is home to the Institute of Contemporary Art. The Boston Tea Party Ship, a replica of one of the original ships from which the Sons of Liberty dumped tea overboard on December 16, 1773, is also here; sign up for a tour, which includes a reenactment of the event.

This three-mile trail should not be missed by anyone with even the barest of interest in the past; it takes in a lot of history - 16 of the city’s monuments and sites, to be exact - in a relatively small distance. There’s the Old Granary Burial Ground, where recognizable names like Paul Revere, Samuel Adams and John Hancock are interred, as well as King’s Chapel Burying Ground and Old South Meeting House. You’ll take in the Old State House, which is not only Boston’s oldest public building but also the site of the Boston Massacre, before moving on to the North End, which houses Boston’s vibrant Italian neighborhood. Old North Church, which is where lanterns were hung in 1775 to alert Paul Revere that British troops were making their way to Lexington to arrest patriot leaders, is also here, as is Revere’s house itself. 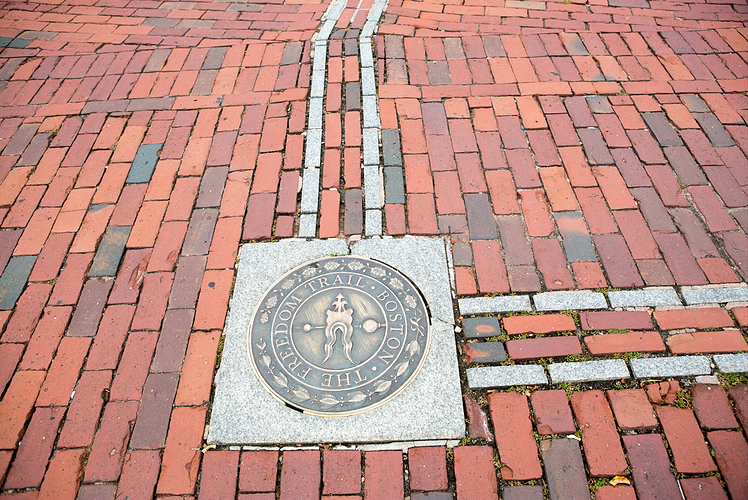 It’s America’s oldest park, adjoined by America’s oldest botanical garden - but there’s a lot more to this lovely green space than just history. As well as the great people-watching opportunities, you can get involved in the action yourself - in winter, hire a pair of skates and glide around on the Frog Pond; in the warmer months, cool off in the wading pool. The most unmissable experience, however? Taking a ride on the Swan Boats, which were first launched in the 1870s and still ‘swan’ around on the lagoon in the Public Garden from April to September. 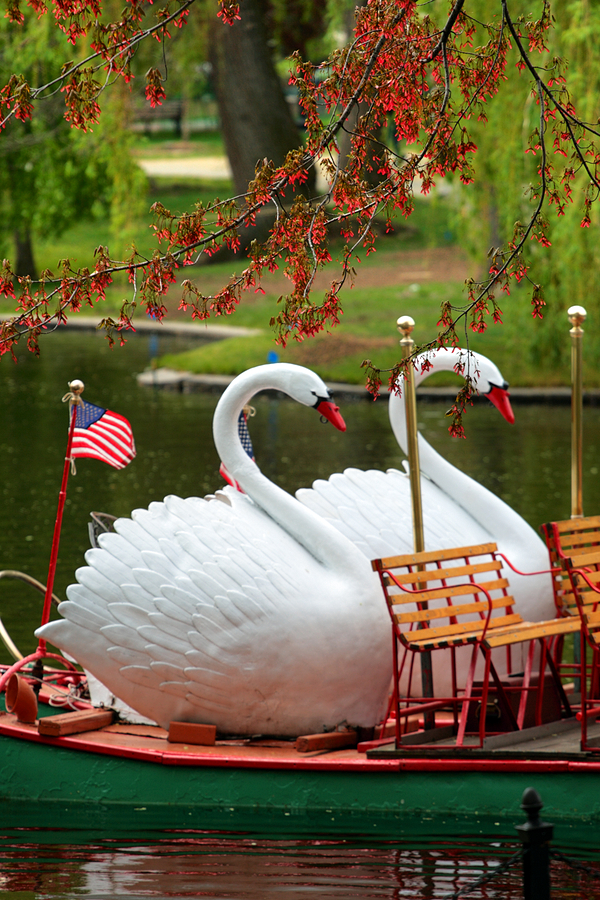 Known as America’s Most Beloved Ballpark, this is a must-visit, whether you’re a baseball fan or not - and even if you’re not, you can’t fail to have heard of the Boston Red Sox, right? Not only is this their home ground (watch your insta-likes go crazy) but it’s also historically interesting stuff, thanks to the fact that it has kept some remnants of the old style of baseball, including the hand-operated scoreboard. Instantly recognizable, too, is the Green Monster, a 37-foot green wall in the left field. Actually watching a ballgame from this vantage point costs a bomb, but if you can’t stretch to hundreds of dollars for a ticket, then you can at least experience what it’s like to sit up here by taking a much more affordable tour. 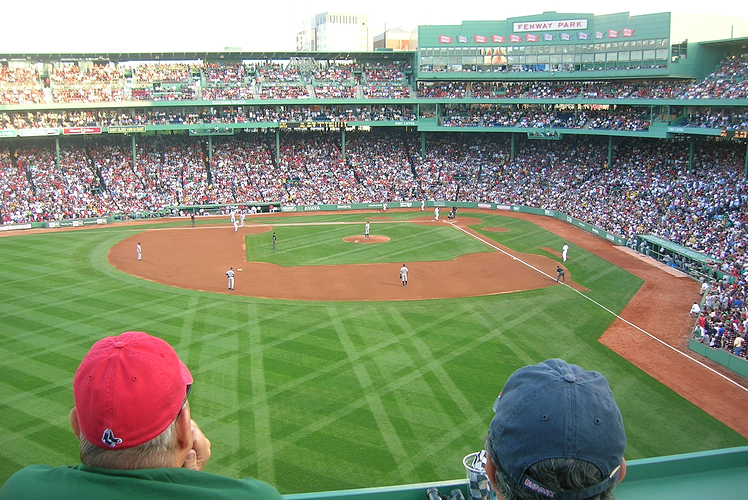 If there’s anything worth leaving the city center for then it’s got to be a visit to Sam Adams - and in any case, you’ll only have a 5 mile T-ride and then a short walk to tackle. The brand has three sites and this is the smallest of them, but it’s the only one that’s open to public tours and tastings. Expect an informative tour and insights into the brewing processes, capped off with a free beer sample (subject to minimum age) and a keepsake glass at the end of your show-around. Extend your visit by spending some time in the beer garden, where you can relax with a glass or two of some of the label’s other brews. 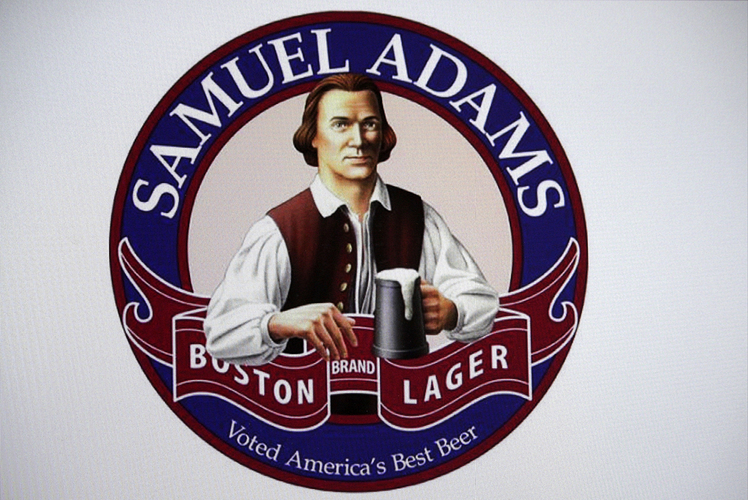 To be honest, it’s a rare museum that’s not worth visiting - there’s always something to be learned, right? Boston’s Museum of Fine Arts goes well beyond a token visit, however:it’s one of the leading art museums in the country and is crammed with more than 450,000 works of art, ranging from Impressionist works, ancient Egyptian relics, opulence from Asia and artefacts from ancient Greece and the Middle East. First opened in 1870, the museum has been at its current location since 1909 and has a dedicated American Wing spanning from pre-Columbian times to the Art Deco and Modernist eras. 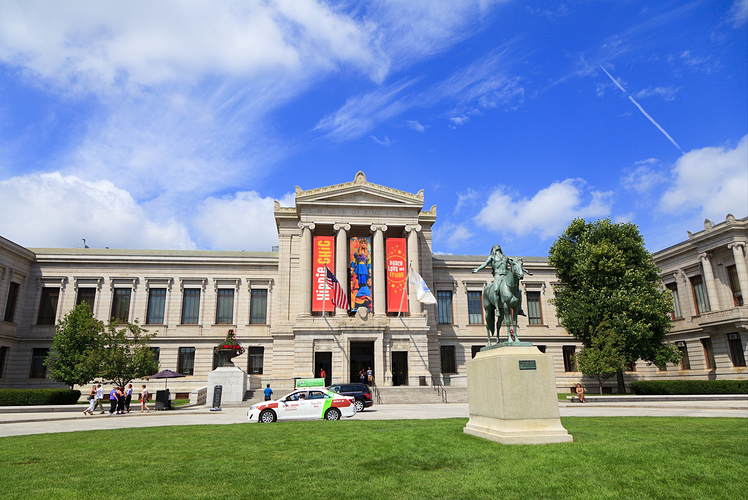 Opened in 1895, this architectural gem is beloved by locals and tourists alike; the architect responsible for its design, Charles Follen McKim, referred to it as ‘the palace of the people.’ Attractive in its own right from the outside (especially to Boston Marathon runners, who see it when they cross that iconic finish line) it’s also a joy to explore inside, where epic murals - including one of only three ever created by John Singer Sargent - jostle for your attention alongside etchings by Rembrandt. Courtyard concerts provide a musical backdrop in summer, and there’s an incredible collection of rare literary treasures housed here, including first edition folios by William Shakespeare.

Harvard University’s Arnold Arboretum provides a soothing spot in which you can get back to nature in the city. Designed by Frederick Law Olmstead, the 281-acre grounds are open to the public free of charge from sunrise to sunset every day of the year. You can do a guided tour or just pack a picnic and soak up the greenery on your own; there are wonderful views of the Boston Skyline to be enjoyed, and its vast canopy of trees provides a welcome reprieve from the heat in summer. If you happen to be here in May, you’ll be treated to the heady scent and luscious color of lilac in bloom; the arboretum has one of the best collections of this flower in the whole of North America. 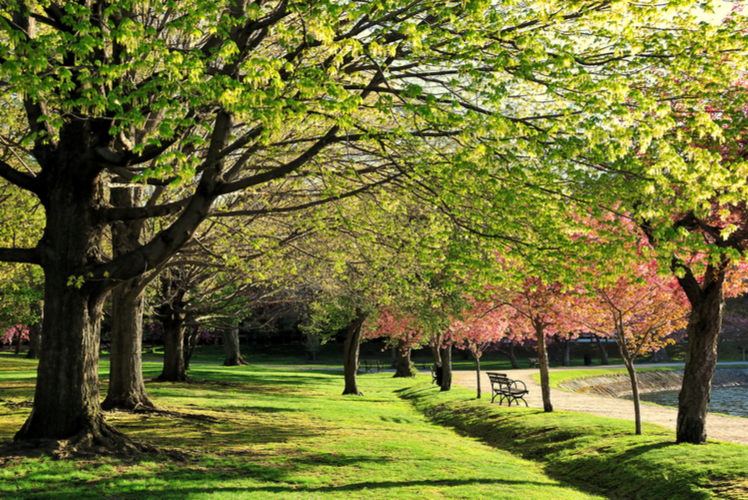 Harvard University is practically synonymous with Boston: founded in 1636, it’s considered to be one of the world’s leading academic centers - and you can learn more about its esteemed history on a guided tour. Harvard Square is great spot for people watching and book-buying; there’s also a large selection of shops and eateries from which to choose. Nearby, Harvard Art Museums combines three formerly separate collections: Asian antiquities take center stage at the Arthur M. Sackler Museum, while Italian works from the early Renaissance period are on show at Fogg Art Museum. For Expressionist art from central and northern Europe, head to Busch-Reisinger; better yet, visit all three. 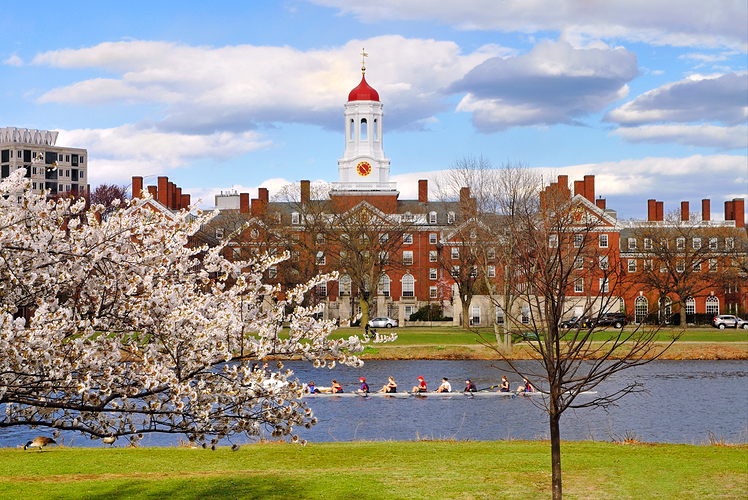 Perfect if you’re travelling as a family, but just as enjoyable if there’s not a kid in sight - the New England Aquarium houses more than 20,000 fish and aquatic animals, with more than 550 species represented among them. Head to the man-made Caribbean reef, in which a colorful variety of tropical fish flick between the corals, and sharks, turtles and moray eels glide eerily. Kids can get up close and personal with small invertebrates like starfish and urchins, while a harbor seal performance will wow them when you step outside. 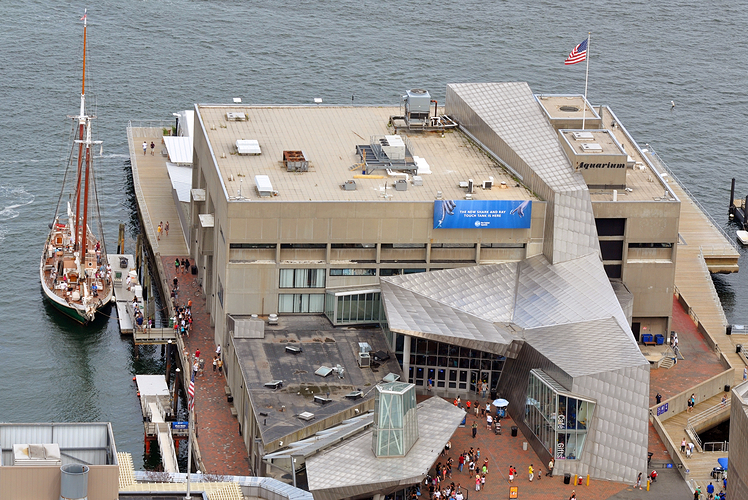 Giving its inaugural concert in 1881 at Symphony Hall, Boston Symphony Orchestra’s conductors have, over the years, included the likes of Pierre Monteux, Serge Koussevitzky, Charles Munch, Seiji Ozawa and James Levine. Today, it performs in excess of 250 shows each year, encompassing everything from conventional classics, to family-friendly shows. There’s also, of course, the Boston Pops, which combines musical and comedic entertainment in a lively mix. The acoustics are superb, no matter what kind of performance you’re here for; there’s also the option to take a behind the scenes tour to learn more about the Orchestra’s past and historical significance.

Rewind to the 80s: this slick neighborhood was, at the time, considered dangerous. Hot on the heels of dangerous comes ‘edgy’, and shortly thereafter follows ‘cool’. In other words, this is now the province of the affluent, with all of the attendant shops and cafes that you’d expect from a gentrified area - good news if you like your coffee sublime and your purchases chic. Take a wander around the SoWa (South of Washington) neighborhood, which houses a cluster of the city’s best contemporary art galleries. 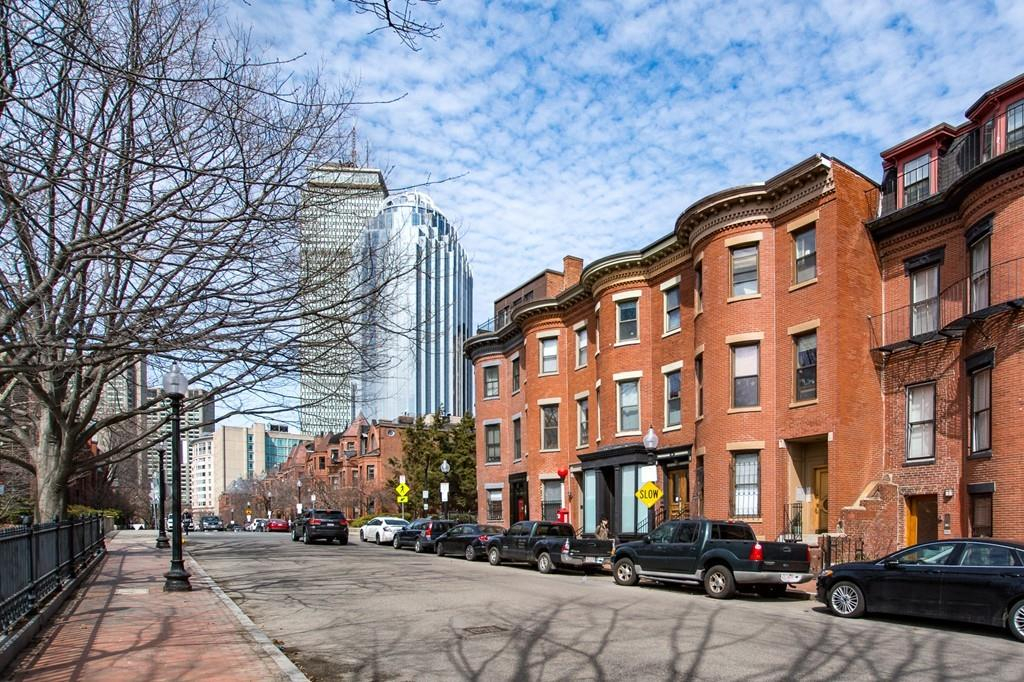 Sure, Boston doesn’t wave the ‘lobster roll’ flag as ostentatiously as Maine does, but that’s not to say that you can’t pick up a melt-in-the-mouth, lobstery morsel here - especially if you head to Neptune Oyster, where you need to be prepared to wait - it’s hugely and deservedly popular and they do not take reservations. There’s a choice between a classic Maine-style roll with lobster that’s dressed in chilled mayo, and a hot buttered one. We suggest you don’t choose. Purists may object to the use of brioche buns and liberal amounts of black pepper, but rules were meant to be broken, especially when the end result is …. Mmmm. This. 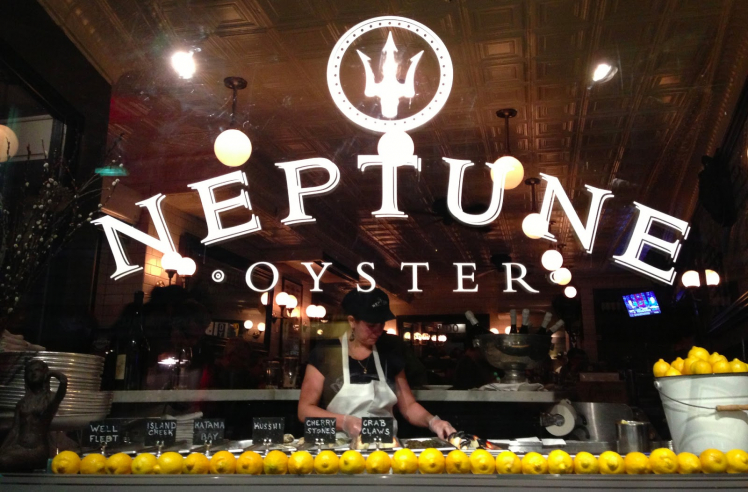 The assassination of John F. Kennedy will forever be remembered as a day that rocked the world and this institution is dedicated not only to the President and the nature of office, but also to the man himself. The building itself is lovely and was deliberately positioned to offer beautiful views of Boston, the city that Kennedy loved; there’s also an outdoor walkway along the Dorchester Bay. Those with a head for fashion, rather than history or politics, are also well looked after: there’s a collection of Jackie’s dresses, as well as an archive of other fascinating photos and videos.

Located in one of Boston’s historic areas that dates back to 1824, this market is named after one Mayor Josiah Quincy, who managed to arrange its construction without accumulating any debt or tax. It’s a firm favorite with locals, who come here for the splitting-at-the-seams food hall, as well as for the atmosphere, but tourists will also leave with a whole swag of goodies, as it’s a treasure trove of knick knacks and souvenirs to take home to friends and family (or just to keep for yourself). If you’re old enough to know about ‘Cheers’ then chances are that you’re about twice the legal drinking age, so you can digest this happy fact with a drink in the full scale replica bar. 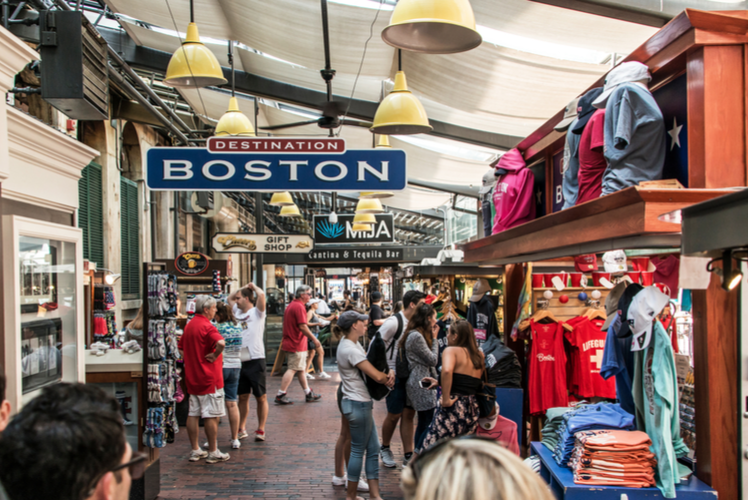 Comment on 15 Things to See and Do in Boston