Things to See and Do in Budapest, Hungary

Budapest is unlike any other urban landscape in Europe, split down the middle by the Danube and peppered with natural hot springs. Hilly Buda to the west and the plains of Pest to the east abound with ornate and bullet-grazed artifices that betray centuries of cultural significance and upheaval. A past packed full of solemn, joyful, and extraordinary events has built Budapest into an electric and enormously diverse city that really must be seen to be believed, from the world famous baths and coffee houses to the monumental 19th century architecture. These things to see and do in Budapest, Hungary will weave the romance, history, and flavors of Budapest into one extraordinary experience.

Floating down the iconic river is always a good idea, day or night. The water affords a very different perspective of the city, with the city’s diverse, imposing architecture standing tall between the skyline and the river’s striking blue surface. However, a nighttime boat tour may give you more bang for your buck: seeing the banks of Budapest lit up in the evening is a particularly memorable experience, when the twilight glow enhances the facades, and city lights dance on the water. Take a one-hour cruise for a taste, or make a whole evening of it with a romantic dinner aboard the boat. 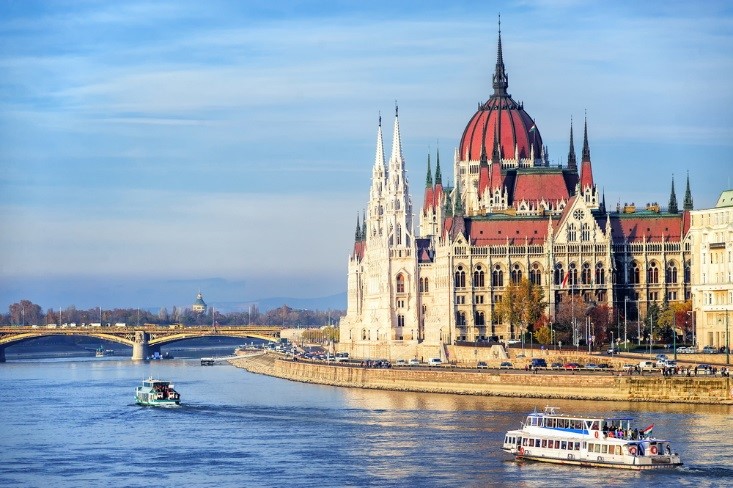 There are plenty of hot springs in and around the city – 118, to be exact – and you can “take the waters” at a number of historic and idyllic locales. But if you’re interested in the history, tradition, and community surrounding the Budapest bath culture, head to Széchenyi baths, where the water’s always above 30 degrees Celsius, there’s plenty of space (15 indoor pool and three outdoor pools), and a stately tiled façade surrounds the scene. You’ll find locals and visitors from all walks of life, in every month of the year; go on a weekday, early in the morning or just before sunset for a more peaceful soak. 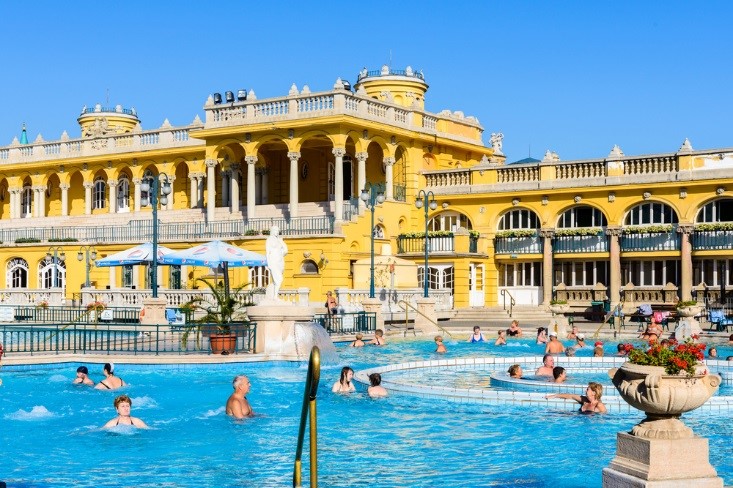 Connecting Buda and Pest, the Chain Bridge is historically important and considered an architectural marvel (especially in 1849, when it was first built). It is the oldest, most carefully designed bridge over the Danube, and the first dry link between the two halves of the city. Walk between the stone lions and over the stone masterpiece in the afternoon for a wonderful view across the city and river, or stroll over in the evening, when the lanterns are lit up and the cityscape seems ethereal. 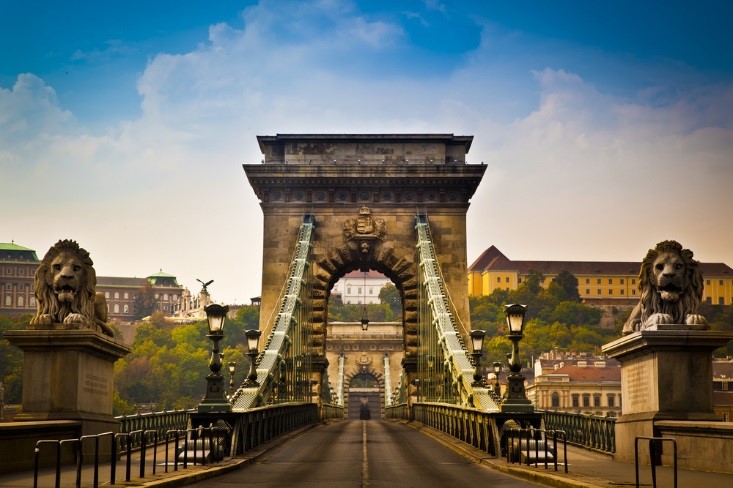 The Royal Palace and Castle Hill are significant pieces of Budapest history, and the heart of the city’s art and culture. You can spot the green dome of the palace from afar, and inside the monstrous building you’ll find the Hungarian National Gallery, the Budapest History Museum, and the National Széchenyi Library – each worth a visit. Although the castle has stood on this site since the 13th century, it’s been rebuilt and adjusted a number of times, though the eerie prison has made it through the centuries: you can duck underground to explore the mile of labyrinthine passageways of the old prison (which once held the infamous Count Dracula) by lantern light. Don’t leave without hiking up to the Castle Hill lateau for the awesome panorama – or better yet, take the funicular from Clark Ádám Square. 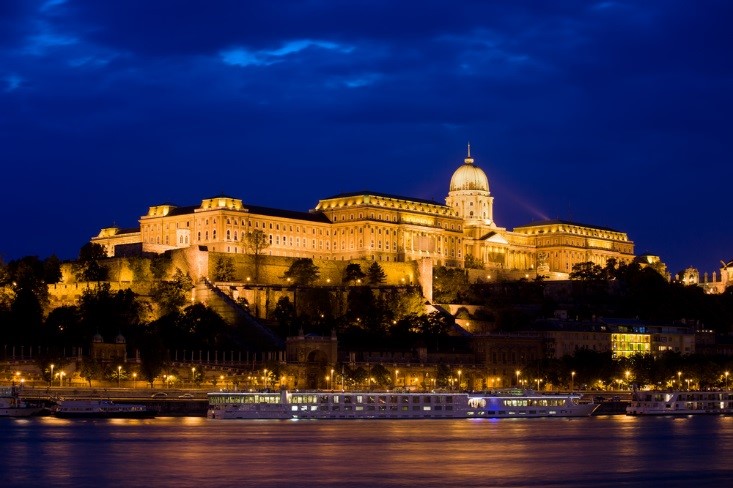 You’ll find this lovely island just north of downtown, floating in the middle of the Danube, with a swath of greenspace that’s difficult to resist. In fact, there’s a good deal of picturesque, entertaining, and downright unique sites to see on the island, from the secret garden and open-air clubs to medieval ruins and the 5.8 km rubberized running track that circles the island’s perimeter. There’s plenty of space to simply relax and picnic, and a number of famous fountains, including the ever-popular Musical Fountain with its streams of colorful, dancing water (the shows happen almost every hour). 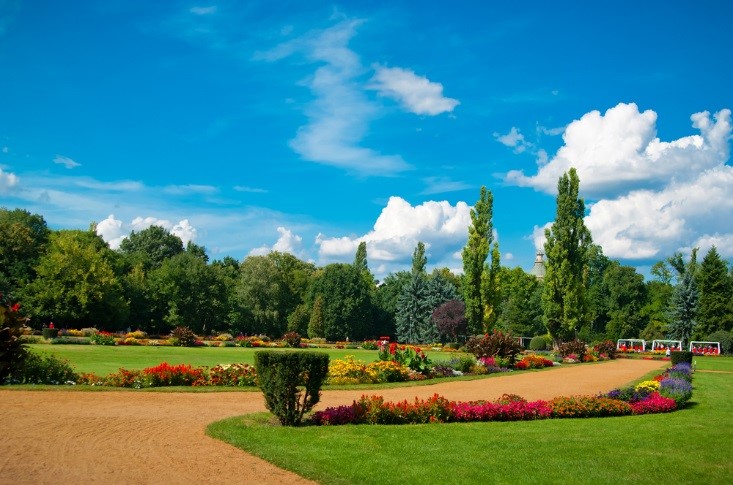 A visit to Budapest would not be complete without a thorough sampling of Hungarian cuisine, and the Central Market Hall is a great place to kick off a culinary tour. It was built in the 19th century, and it’s still the largest indoor market in the city. There are aisles of vendors and chefs criss-crossing the main floor, where you can grab a bite of some simple and traditional Hungarian fare, or branch out to more specialty and artisanal local products; from goulash and paprika to the famous Tokaj wines, you will certainly leave with a better understanding of the flavors and traditions of Hungarian kitchens. 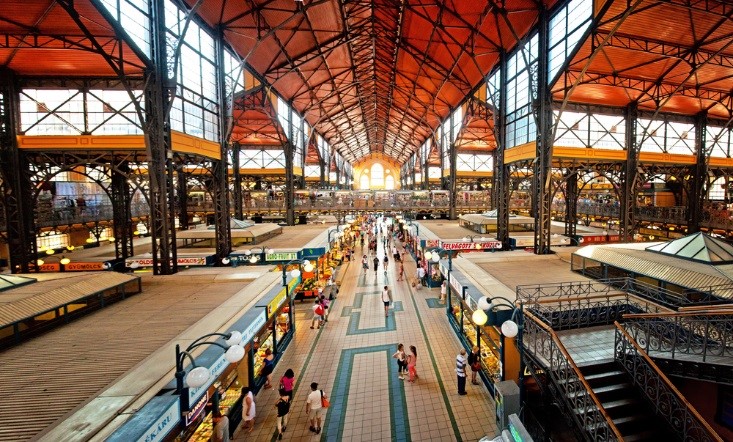 One of the largest synagogues in the world and an architectural treasure, the Great Synagogue houses a place of worship, a memorial and a museum, and together they speak volumes of the Jewish presence and persecution in Budapest. Under the arching façade of Romantic and Moorish design, the Hungarian Jewish Museum presents an array of ritualistic silver, ancient headstones, and other notable artifacts of daily and religious life. The Holocaust Memorial Room explains the events of the last years of WWII, and the Holocaust Memorial that stands on the synagogue’s north side features a metal tree, its leaves holding the names of countless Jewish holocaust victims. A sobering, and thoroughly impressive exhibition, indeed. 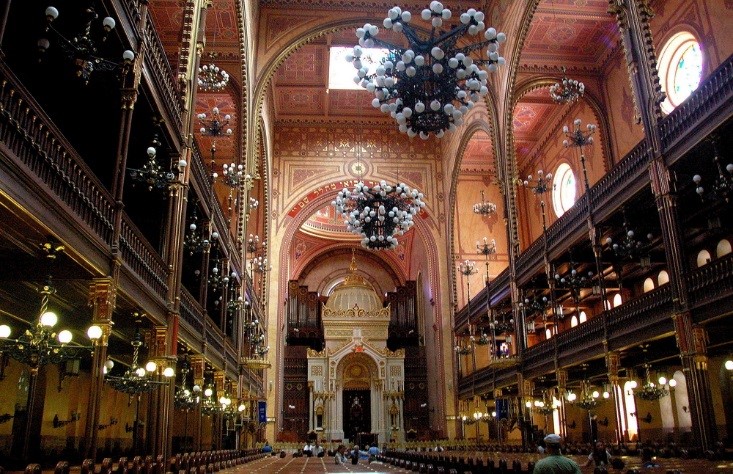 It’s a bit outside the city centre, but make the 10 km trek southwest to Memento Park, a quirky nod to the city’s Communist past. A selection of socialist figures and other artistic remnants celebrating socialist ideals dot the landscape, including a replica of Stalin’s boots – all that remained after the community tore down the towering stone statue during the 1956 Uprising. The park has a very informative exhibition center, too, with displays and documentaries about the socialist phase of Budapest history, the Uprising, and the events following the fall of the Berlin Wall and the Soviet Union. 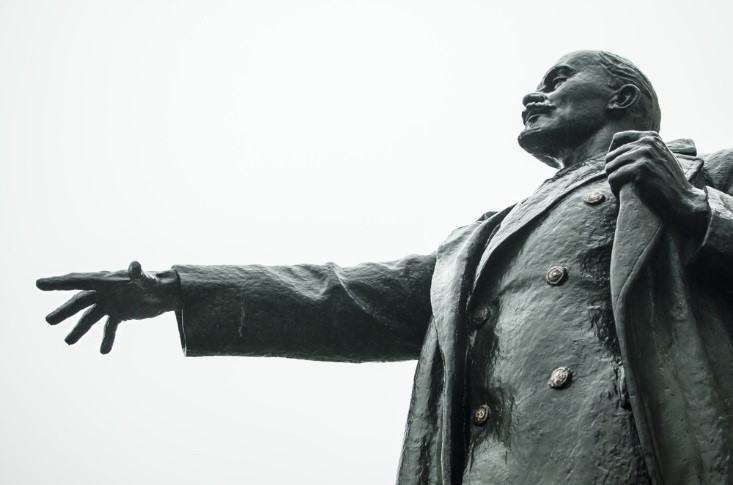 The famous boulevard that cuts a path through the city core is a UNESCO World Heritage Site, owing to the beautiful Neo-Renaissance mansions, historic townhouses, and fine squares dating back to 1872. It’s a main shopping street, brimming with boutiques and fine cafes, but you can always turn down quaint side streets to sidestep the shopping crowd. Admire the majestic Hungarian State Opera building (try to take in a show if you happen to be in town during the opera season), then duck into the Alexandra bookstore, where you’ll find the phenomenal Lotz Hall café -- one of the most stunning interiors in the city. 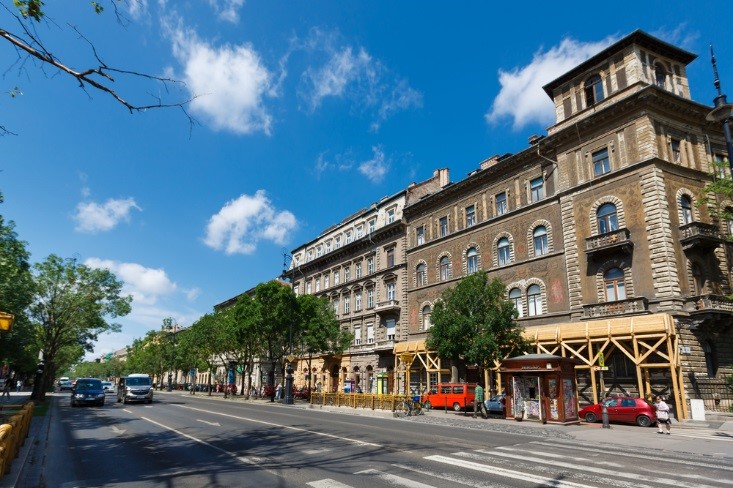 On one end of Andrassy Avenue sits Heroes’ Square, a stately space of regal statues and museums. The mosaic tiles lead up to the iconic stone figures – the Seven Chieftains of the Magyars, the Tomb of the Unknown Soldier, and other important national figures that have earned a place along the pillars. The square itself is steeped in history, hosting many political events in the city’s past; the museums that flank the tiled space are more cosmopolitan, hosting collections of international art and contemporary works from a diverse selection of artists. City Park runs alongside the square, a lovely place to take a break on the grass. 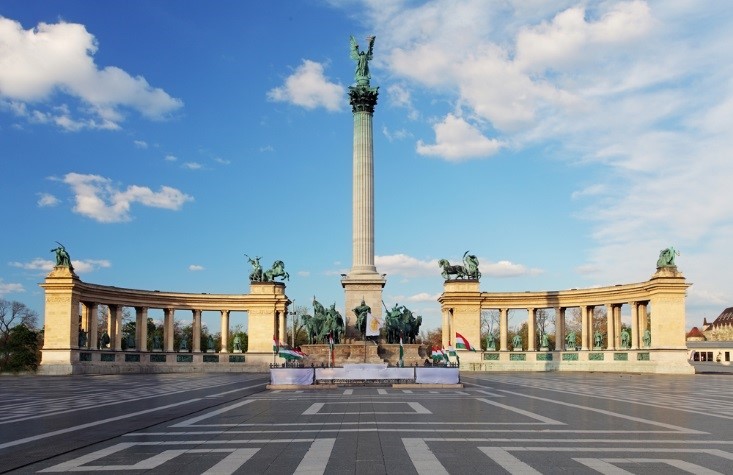 Budapest marries the historical and modern so well, attracting visitors of all dispositions and challenging their perspectives on “past” and “present” European culture. Take in some galleries and museums, but devote enough time to live and breathe the vibrant, mesmerizing culture on the streets. Cafes, baths and restaurants are integral to the lifestyle, and you may find that there’s simply too much to try in one short week; this is a city worth of an extended stay, or a return visit.

Comment on Things to See and Do in Budapest, Hungary