Things to See and Do in Dublin, Ireland

The Emerald Isle has plenty to offer, and as its capital, Dublin is the epicenter of the Irish identity. The city is saturated with history, significant sites that tell of the pride and evolution of the nation: stately colleges, stretches of green space, lively modern culture, and bright remnants of a Celtic past. You could easily spend several days combing through the rich museum collections and tracking the paths of famous poets and politicians, but if you only have a few days to tour, these sites will promise a varied and authentic introduction into the fascinating culture.

More than just a university campus, Trinity College is a museum, treasury, and legendary setting. In the Old Library, you’ll find amazing artifacts, like the Book of Kells, a brilliantly illuminated manuscript written around 800 AD and one of the most beautiful religious texts in the world. Visit the distinctly creative Science Gallery that brings together science and art with rotating exhibits, and be sure to walk under the iconic Campanile bell tower – legend has it that any student who passes through when the bell rings will fail their exams, but as long as you don’t have any tests to take in the near future, you’re safe. 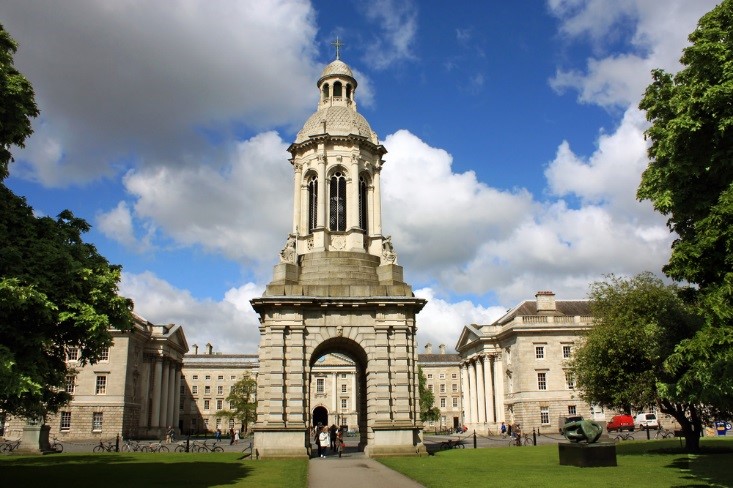 Consistently ranked among Dublin’s top attractions, the Guinness Storehouse is a requisite stop for stout lovers. Even if Guinness isn’t your usual tipple, you’re bound to have a fun and insightful experience as you tour the star building of the St James Gate Brewery. The walk takes you through the story of Guinness, some interesting exhibits, and into the Gravity Bar for your complementary pint and a stunning panoramic view of the city. The building itself deserves a second look – once a fermentation plant, the building was remodeled into a massive, seven-storey pint-shaped gallery. 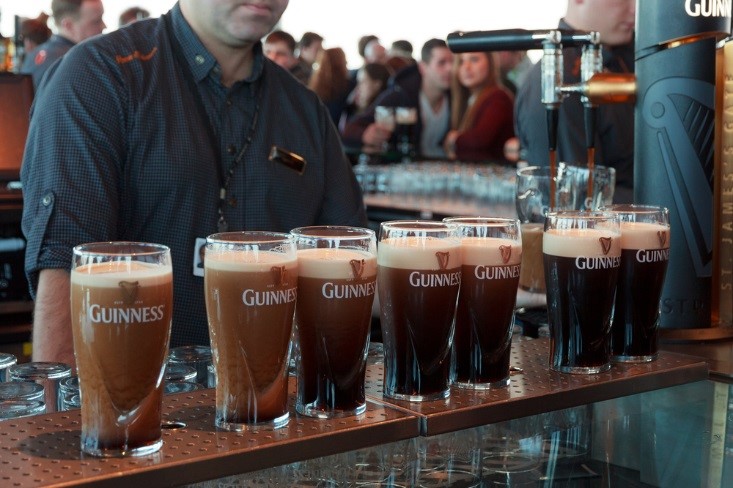 As historical as it is scenic, the sprawling green lawn and ponds at the top of Grafton Street has been a public space for centuries, and at times a very unsavoury site. This was where public hangings, burnings and other punishments would take place in past eras, but it was decidedly more civilized by the 18th century: beautifully landscaped to complement the charming Georgian architecture of the surrounding buildings, the green was the place to stroll, to see and be seen. Today it’s one of the most pleasant and popular spots in town, especially on sunny summer days, when picnickers descend and visitors stretch out for a rest on the soft grass. 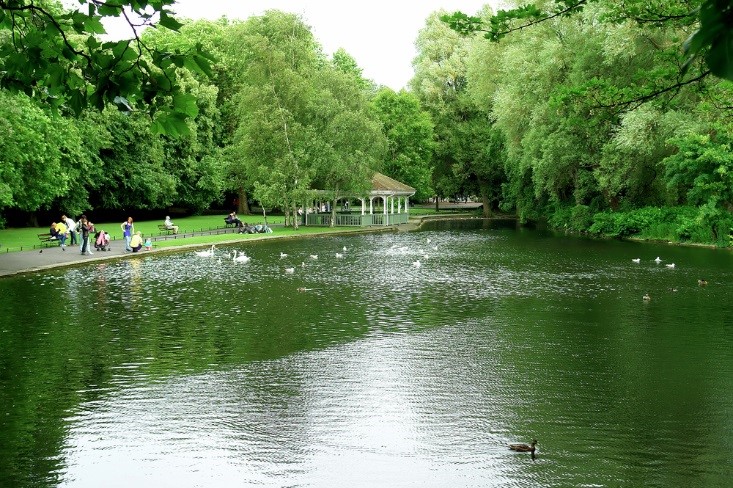 Housing a large collection of European art stretching back to the middle ages, the National Gallery is more varied than it at first appears. Works from the Irish painter Jack B Yeats take center stage, and other Irish artists feature prominently, but the four wings of the large building offer paintings and sculptures from a range of eras and schools. The manor is aptly furnished with grand touches, like the Waterford crystal chandeliers in the Shaw room and an impressive art reference library in the modern Millennium wing. Catch a free guided tour of the collection on Sunday afternoons.

A visit to Dublin really wouldn’t be complete without a pub crawl, but nobody said it has to be a conventional tour. Given Dublin’s rich literary and artistic history (and its rather boozy reputation), it should come as no surprise that an enterprising group of revelers have put together the Dublin Literary Pub Crawl – a performance that won’t disappoint.  After meeting at The Duke Pub, the group will wind their way through the city to various pubs with literary ties, enjoying the quips and guidance of an extremely well-versed guide while you down a few pints. An efficient and thoroughly enjoyable way to experience some important aspects of Dublin culture. 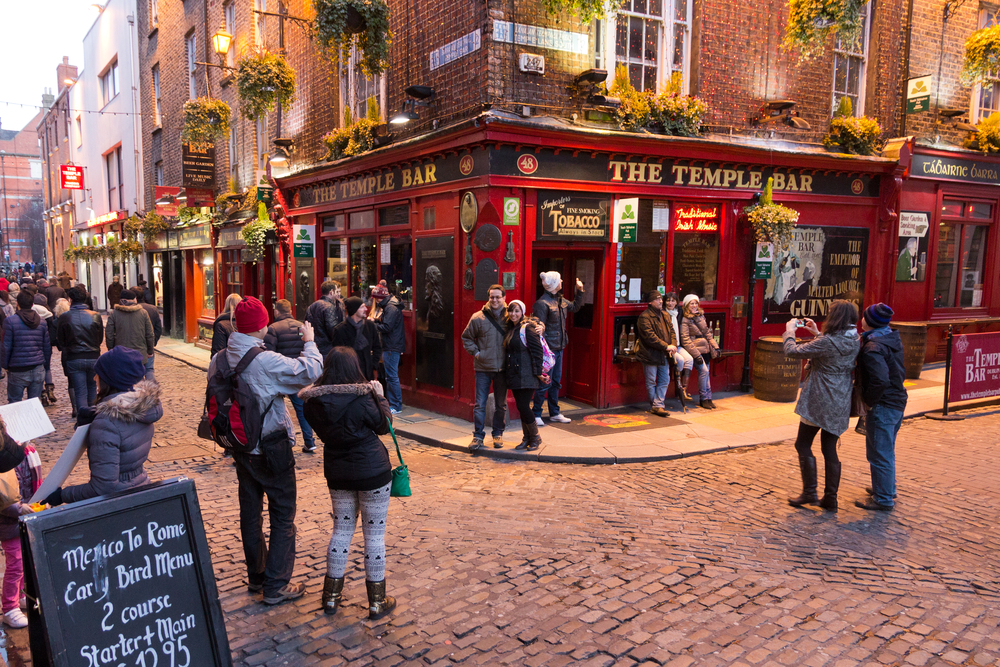 This bustling area has a bit of everything, making it Dublin’s cultural quarter. You can find whatever you fancy, from traditional pubs and charming shops to home-grown designer jewelry and kitschy vintage artifacts. It’s loud and lively, and a great place to spend an evening (especially if you’re after some genuine live Irish music) or a Saturday morning, when the market vendors peddle one-of-a-kind crafts, clothing and books. But Temple Bar isn’t all about consumerism – films are screened outside in Meetinghouse Square during the summer months, and you can pay a visit to the Irish Film Institute and Irish Photography Center for a bit of artistic culture. 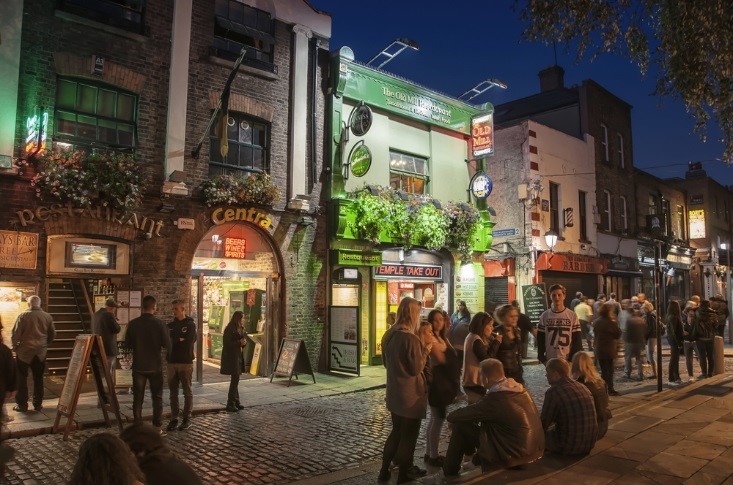 A church has stood on this site since the 5th century, although the current building dates back to the early 13th century, and is one of the only medieval buildings left in Dublin. It’s the National Cathedral of Ireland and the largest in the country, but it’s also famous for its esteemed 18th century dean – Johnathon Swift, best known outside of Ireland for writing Gulliver’s Travels. Swift is buried under the floor of the cathedral, along with his companion Esther Johnson, as are many luminaries from the arts and sciences. In fact, there are around 700 burials on site, and plenty of commemorative plaques, busts, and inscriptions to admire. 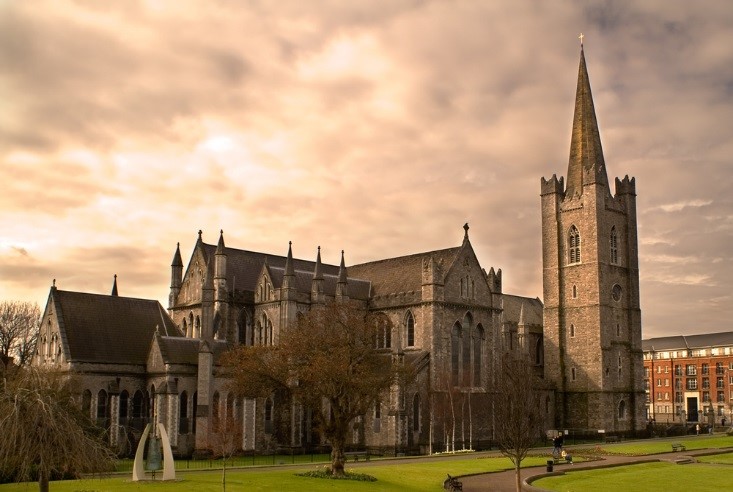 Farmleigh House is a bit outside the city center, but well worth the short bus ride. A late 18th century grand manor, replete with pillars, towers, and lush garden, it was purchased by the Guinness family in the late 19th century and restored to a polished splendour. Today, it’s owned by the Irish Government, and hosts visiting dignitaries in its hallowed halls, but opens its doors to the public, too. There’s beauty around every corner, from the Victorian architecture of the Main House and the Benjamin Iveagh Library to the Sunken Garden and Walled Garden. Horses, donkeys and cattle are kept on the grounds, topping off the pastoral vibe. 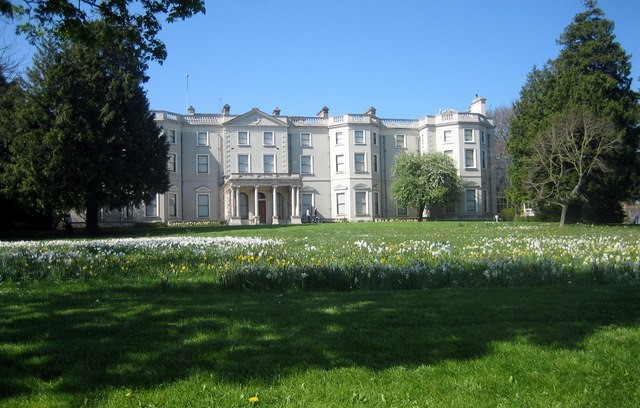 Brimming with rugged beauty and Celtic heritage, the small harbour town of Howth sits just 30 minutes north of Dublin, though it feels like worlds away. There is a wide walking path that leads up and around Howth Head, winding over the windswept grass and alongside the choppy cliffs that hug the coastline. Keep your eyes peeled for ancient grave markers and changing flora as you hike the loop. If you’re not up for the full 3 hour trek, you can instead walk the pier, which juts out nearly 2 km into the Irish Sea. Before you leave, be sure to enjoy a pint of Guinness or a plate of fish at one of the charming seaside restaurants. 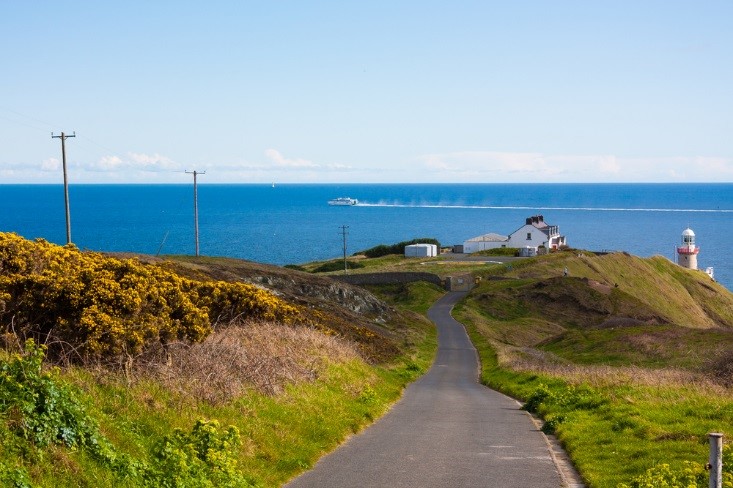 Though it sits firmly in the cool and windy UK climate, Dublin is an exceedingly warm city in cultural and tradition, and is nearly as much fun to visit in the off-season as it is to see in the summer. In fact, it can be a good idea to wait for the crowds to disperse and prices to fall: since it’s a relatively expensive city, visiting in the high-season can be pretty taxing on your travel budget. Spring and fall are better options, and the temperatures are still mild enough to enjoy outdoor sightseeing (with an extra layer or two).

Comment on Things to See and Do in Dublin, Ireland