15 Things To See and Do In Nashville Tennessee

Nashville Tennesse, The Music City, is famous for its country music roots but along with all the great venues and music there is even more to experience in this welcoming southern city. Here are 15 things to see and do in Nashville.

As well as being the world’s longest running radio show - it first hit the airwaves in 1925 - this is country music’s most iconic venue, at which the likes of Patsy Cline and Dolly Parton have performed. The ‘venue’ itself has changed many times over the years - the original theater is now part of a parking lot - but its unique spirit has been transferred with every new location. Tuesday, Friday and Saturday nights are the ones on which current luminaries of country music headline, supported by new finds and rising stars. Fancy standing behind that historic mic yourself? Book a backstage tour - you can visit late at night, after the show, or in daylight hours, and you’ll be shown be photos and hear tales of stars throughout the Opry’s history. 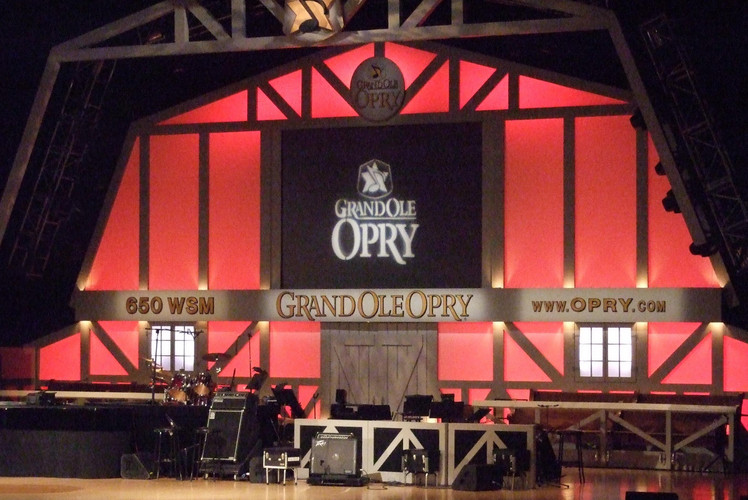 Named after a riverboat with the same name, which was built in 1817 and was the first steamboat to work the Cumberland River, this 300-foot-long vessel takes you back down the river of time. It’s incredible to think that America, from which so much entertainment emanates today, was once a country of remote settlements, dependent on the Mississippi for supplies, yes - but also for external entertainment. The first showboat launched in 1831 and worked the waterways from Pittsburgh to New Orleans; today, you can board the General Jackson just before sunset and enjoy a three hour cruise, complete with three-course dinner and a dazzling show. 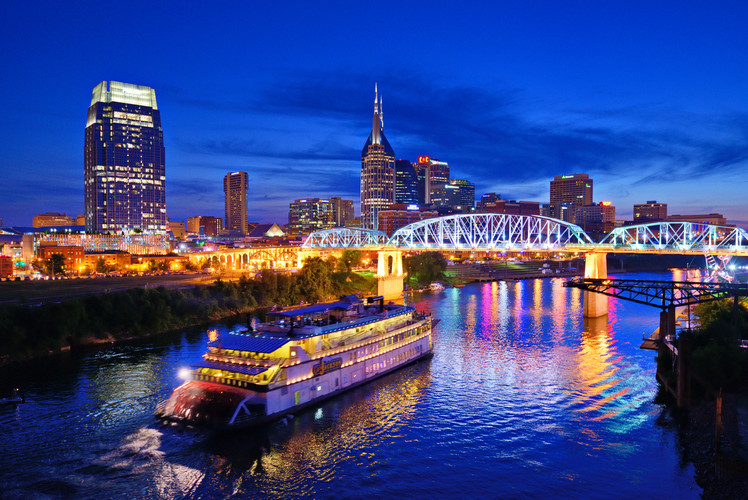 If you love country music, or even if you just loved the 2005 film “I Walk the Line,” you won’t be able to visit Nashville without a pitstop at this museum. Opened in 2013, there’s a lot of memorabilia crammed into a fairly small space here, but it’s all officially endorsed by the late singer’s family, so you know that not only are you getting the real deal, but you’re also gaining access to a lot of small scale, personal things - like handwritten notes - that other collections just wouldn’t be able to offer. Over 25 costumes made famous during his career are to be seen here, as well as films, and sections are devoted to different highlights in his life, including his prison concert tour and time in the Air Force. 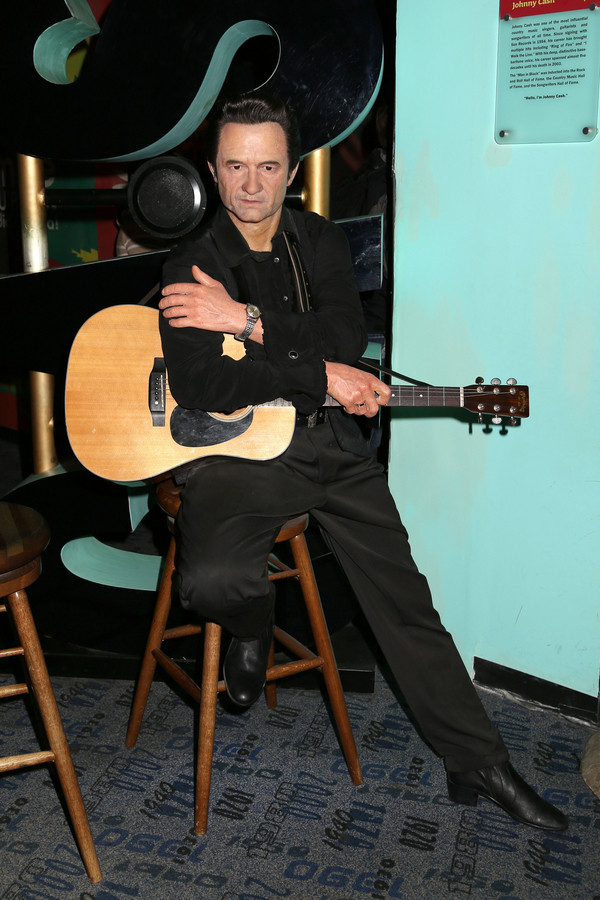 Having undergone a $100 million renovation which was completed in 2014, the vast (it’s now more than 350,000 square feet and forms a treble clef when viewed from the air) Country Music Hall of Fame showcases the genre’s story throughout two centuries, with galleries brimming with recorded footage, both audio and visual, as well as costumes, cars, instruments and artifacts. As well as the permanent exhibit, Sing Me Back Home: A Journey Through Country Music, there’s also an ever-changing program of performance and exhibitions, as well as archives and study areas for purists. Don’t bypass the gift shop - it’s a real treasure trove of music-themed trinkets and memorabilia. 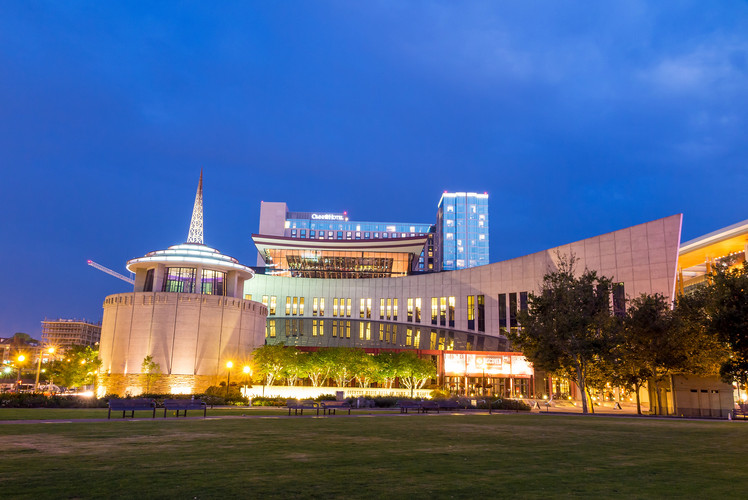 It’s not all music and good times, here in Nashville - or at least, it hasn’t always been. Once owned by Belle Meade, the self-proclaimed Queen of Tennessee plantations, this mansion offers a step back in time to plantation days, complete with guided tours by employees dressed in period costume - but with the evocation of those Confederate days comes the awareness of America’s brutal history of slavery. The 1832 slave cabin still stands within the grounds as a poignant reminder of the suffering of this class of people. The plantation is now a fraction of the size it once was but a winery is a recent addition, so be sure to end your tour with a glass of wine made from the same Muscadine grapes that were grown on the plantation in the 19th century. 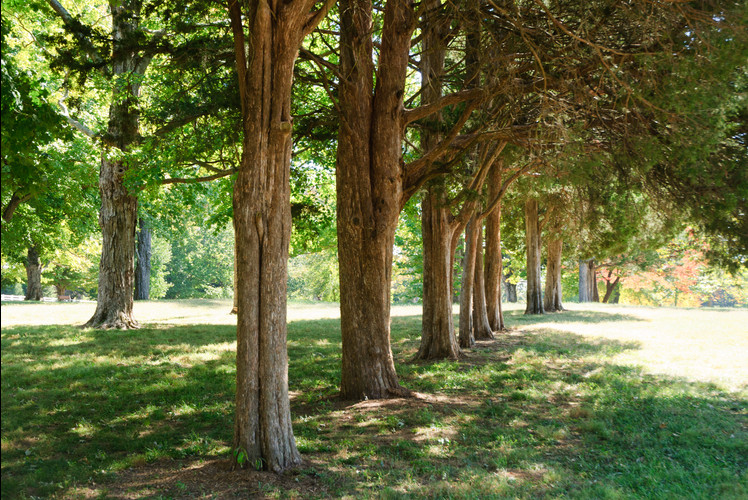 Designed in the Italianate style, this antebellum mansion was built in the mid 19th century for Adelicia Acklen, a Nashville socialite and one of the wealthiest women in the country at the time. The scale and lavishness of the house was astonishing, with 36 rooms over 19,000 square feet of living space, and elaborate additions such as a bowling alley, an art gallery and even a zoo. Despite their wealth, the Acklen family were still affected by the war, and the house was occupied by the army for a period before the Battle of Nashville. Nowadays, taking a tour of the property, which has been meticulously restored and is stuffed with 19th-century antiques and art, will give you an unparalleled sense of history. 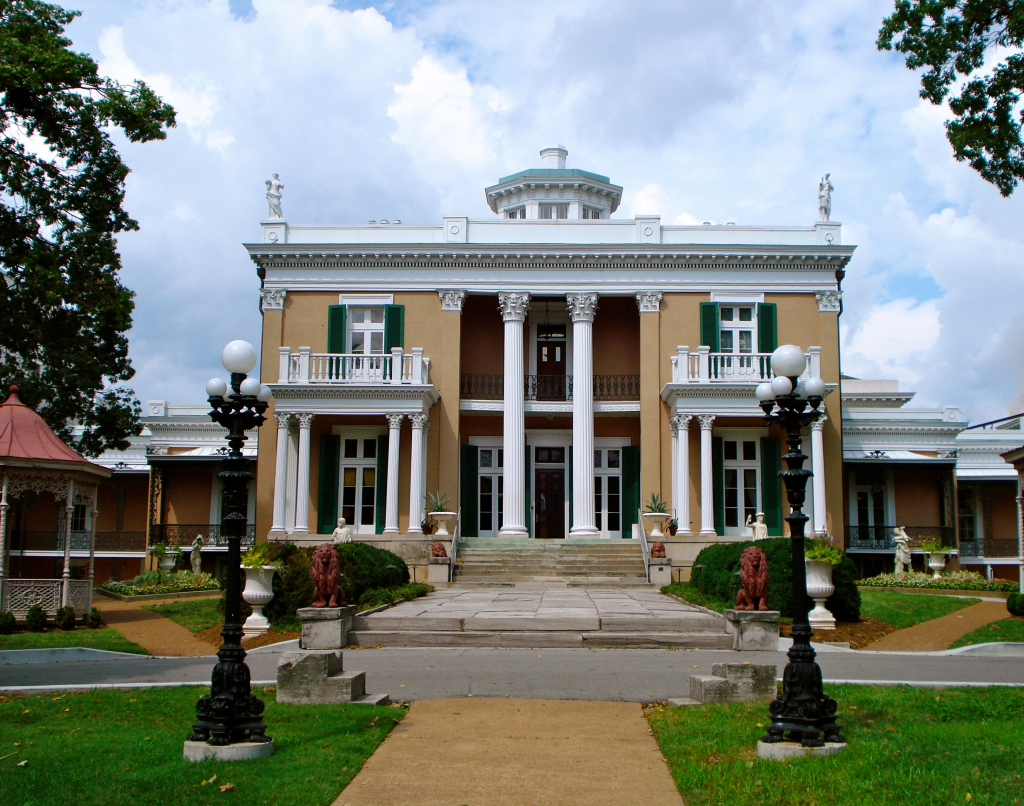 Here’s something you may not expect to see in a place so revered for its country music - something far more classical in nature. Built for the Tennessee Centennial Exposition in 1897, the Parthenon is a full-scale replica of the one found in Athens and stands in Centennial Park, where it’s now used as an art museum, where models of the statues found in the Greek original are housed, as well as a large art collection. A central collection of 63 works is on permanent display, while temporary shows and exhibits can be viewed in additional gallery spaces. 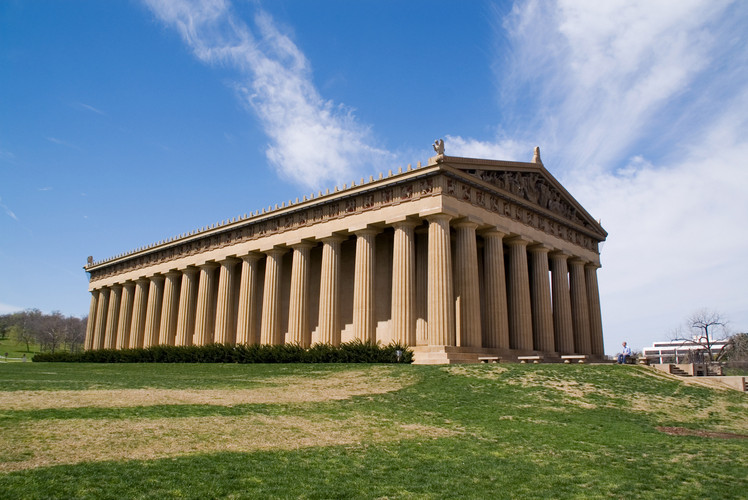 Travelling with kids? Combining fun with education is pretty much every parent’s dream and this institution absolutely ticks those boxes. Once a planetarium, the Adventure Science Center is regarded as Nashville’s third largest tourist attraction, and allows kids to get hands-on with interactive displays that explain ‘how stuff works’ - like the human body, for example, and outer space. There’s also a flight simulator that they can get behind and a face-altering photo booth they can mess about with. Parents will love the setting, too - it’s atop a hill and offers fantastic, panoramic views of Nashville. 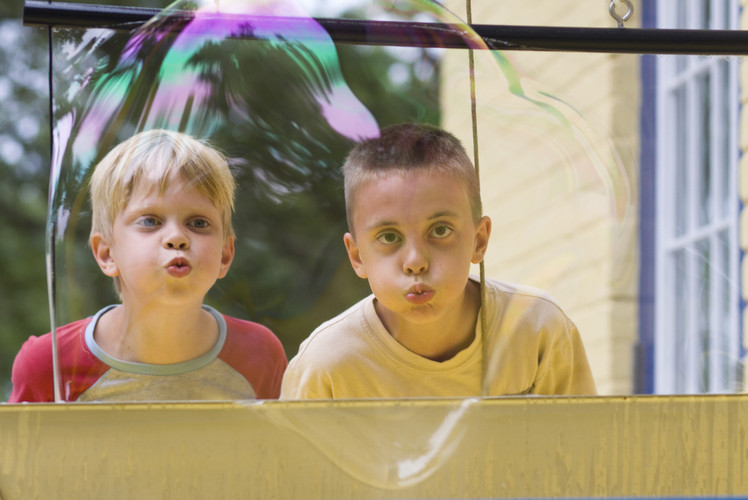 Art and nature come together in this 55 acre wonderland. The house itself is one of the finest remaining examples of the American Country Place Estate Movement, drawing on Georgian influences and housing a large collection of 19th and 20th century art; after touring it, you can take your time wandering through the themed sections of the gardens, which include the Japanese-themed Suomi-en, the tropical Bradford-Robinson Color Garden and, of course, the Carrell Woodland Sculpture Garden. Walk along this 0.9 mile trail, which takes in quite an astonishing variety of habitats in a relatively small distance, dotted with contemporary works of art. 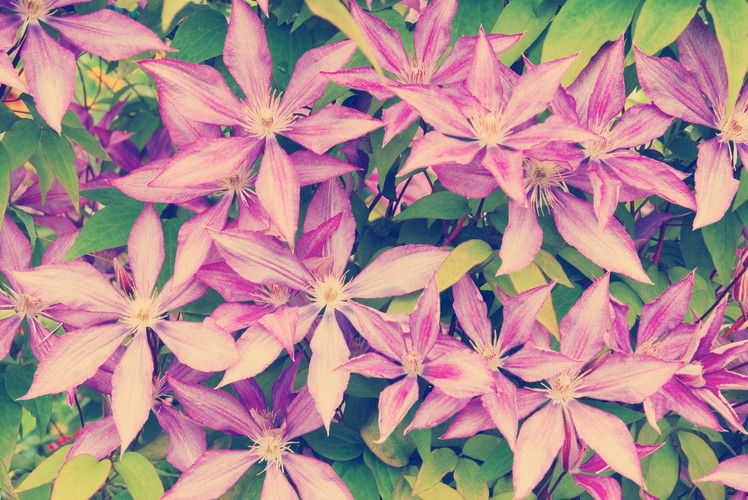 Music is again at the heart of this attraction, but it’s not country or bluegrass that takes center stage here: this is home to the Nashville Symphony and is one of the newest yet most loved attractions in the area. Opened in 2006, its concert hall is nothing short of splendid, so be sure to make as much time to admire the architecture as to enjoy the music - on which note, the acoustics are genuinely incredible. There’s a wide variety of performances to be enjoyed here but one of the most popular and immersive ways to experience the Schermerhorn is to go on one of its cinema nights, which sees the Symphony playing the score of the film that’s being screened - magnificent! 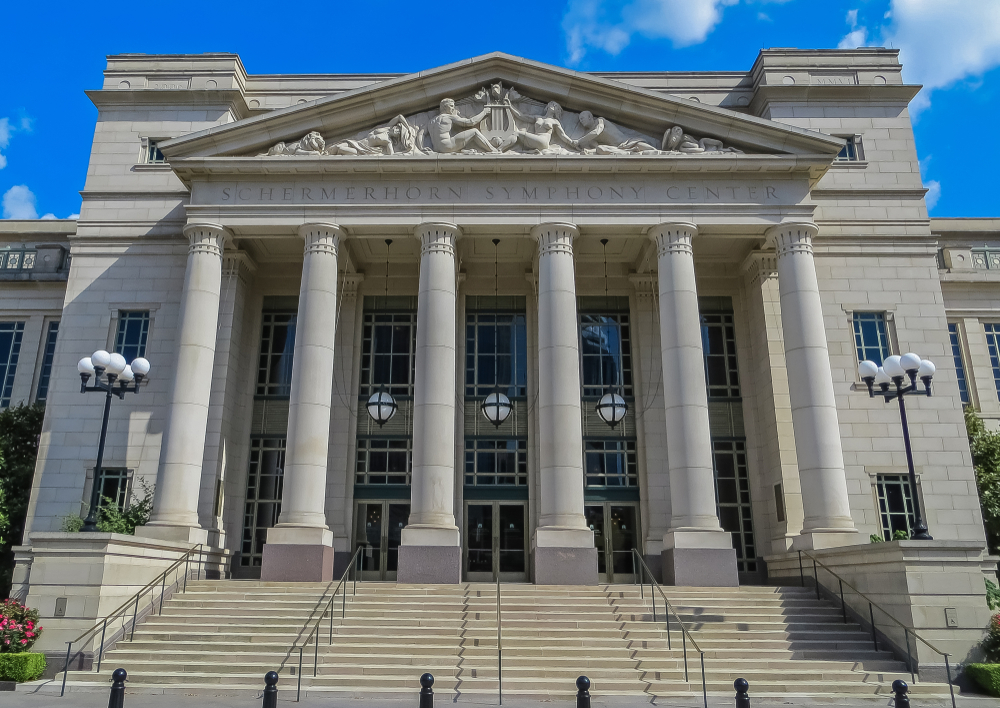 What’s a vacation without at least a little time in the great outdoors to stretch your legs, breathe some fresh air and let your mind process everything it has taken in on your journey? Miles of paths surround this suburban oasis, so you can pick one that either challenges or soothes you. Be aware that it’s a Class II Natural Area, so the sections in which you can jog or cycle are strictly limited, but wildlife observation opportunities abound: look out for owls and herons, as well as mink, otter and a variety of reptiles and amphibians. Free ranger-led canoe floats are also available between Memorial Day and Labor Day, usually at sunrise or sunset for the best fauna-spotting. 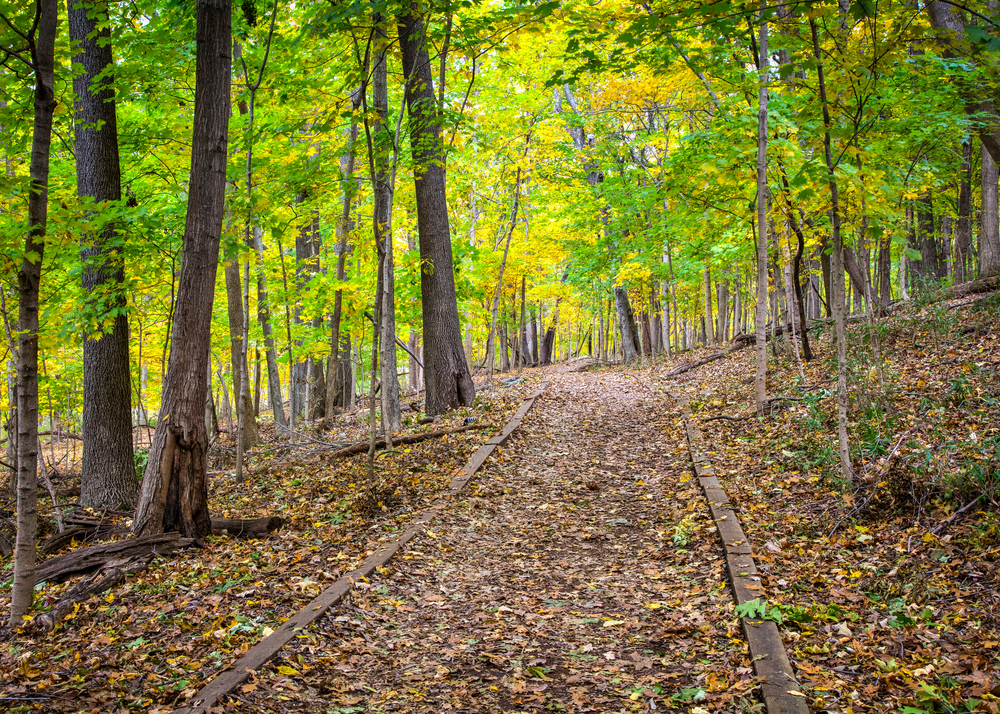 It’s one thing to explore country music, its stars and its history by day - but when night falls, you have to experience it first hand. This legendary downtown lounge boasts a distinctive exterior (the flower from which it takes part of its name is a hue-clue) and, as you move between its three levels, you’re likely to be treated to some of the best honky-tonk that Nashville has to offer. As for the other part of its name? Back in the 1960s, ‘Tootsie’ Bess was the club’s owner but also its matriarch, guiding the fledgling careers of such now-legendary names as Willie Nelson and Waylon Jennings. 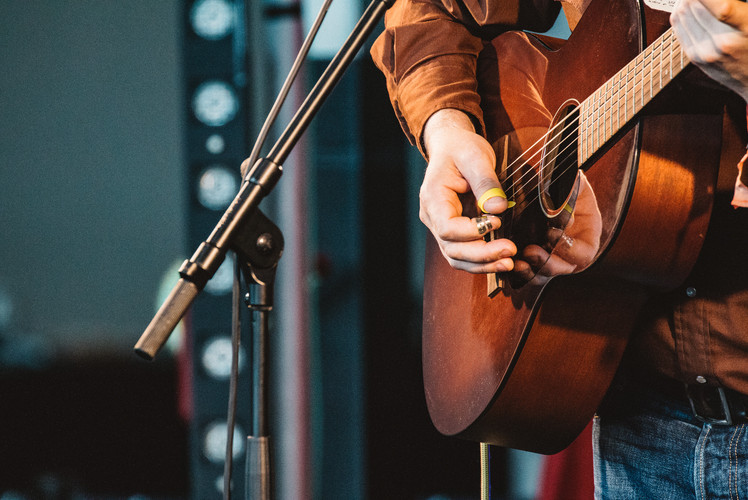 Think Tennessee, think Jack Daniels. It’s okay, we get it - but we also get that the hallowed halls of JD are quite some schlep out of town so, for a no less authentic and far more centrally located experience, you need to check out Nelson’s Green Brier. Nelson himself was the largest producer of Tennessee whiskey in the world at one time, with 2 million bottles coming out of the distillery annually, but the shutters were pulled down on this site during Prohibition. They have since been raised by brothers Charlie and Andy Nelson, who spent years building the new distillery before releasing their product and opening their doors to the public, who can now avail themselves of the opportunity to tour and taste their way around the premises. 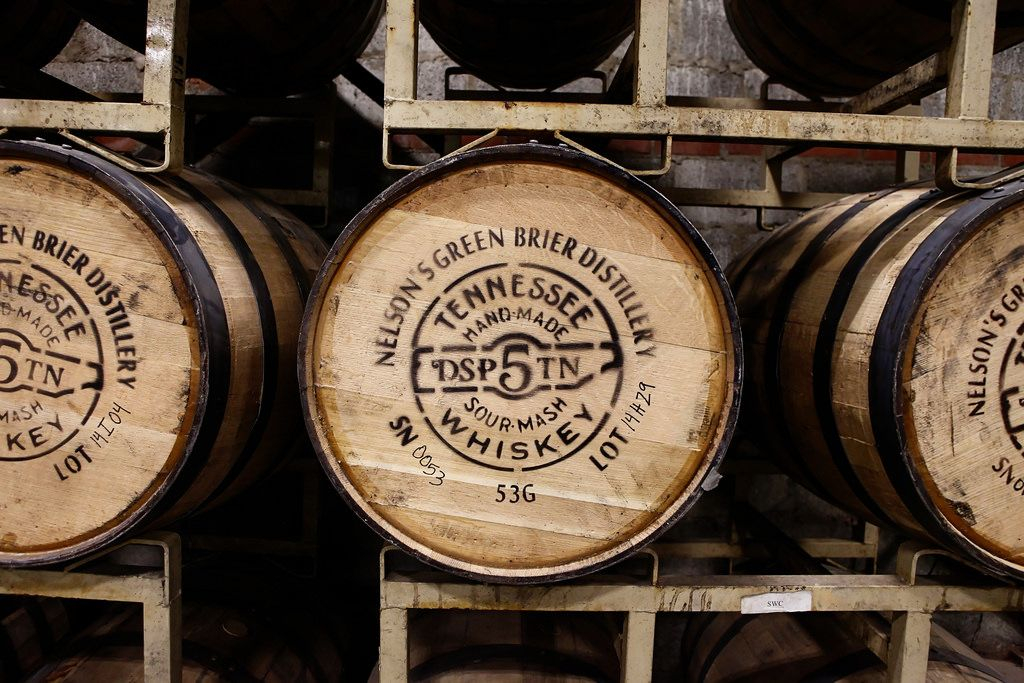 Not a fan of whiskey? Maybe you’re more of a beer person - in which case, you’ll be well catered to in Nashville, where there’s an abundance of excellent craft breweries. Top pick? Tennessee Brew Works, which is one of the few to combine tastings, food and live music. The kitchen is inventive and includes various beers in many of its small plate offerings, as well as in a must-try burger; meanwhile the taproom is large and comfortable, and there’s a variety of indoor and outdoor spaces in which to sit and enjoy your choices. Tours are held three times a day every Saturday and include a 16oz pint of beer with which to wash down all of the history and know-how. 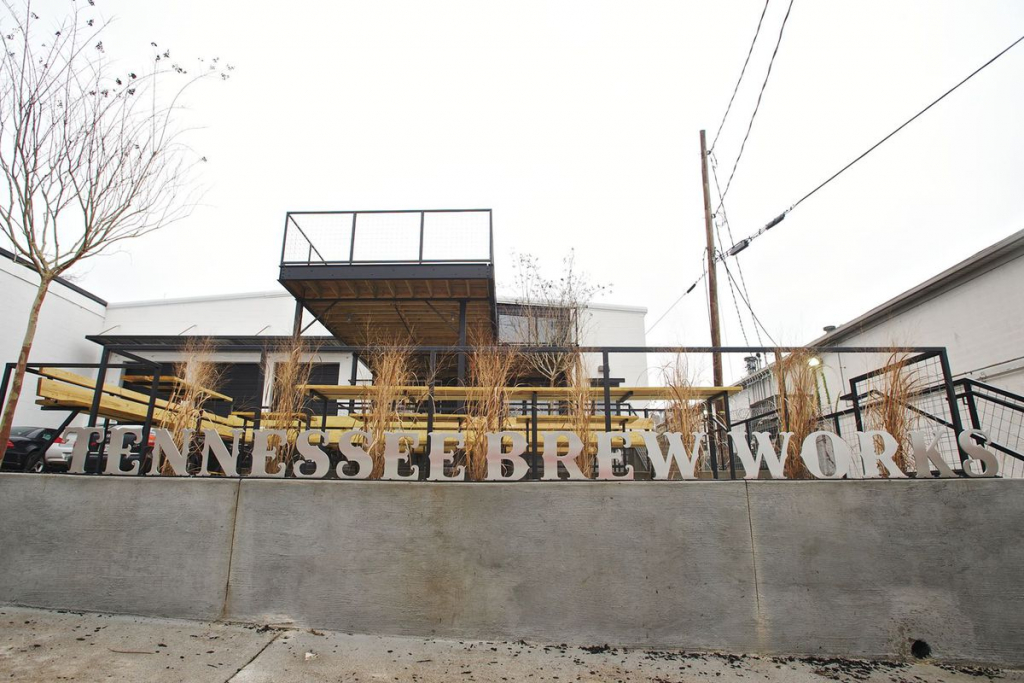 Unsurprisingly for a city that’s spawned so much in the way of creativity, Nashville is also an art epicenter, with a whole slew of resident artists to admire and galleries to be visited. If your visit happens to coincide with the first Saturday of the month (and you’d be wise to ensure that it does) then you’ll have the opportunity to set out on an enjoyable art crawl; this is when more than 20 of the local galleries open their doors to the public for free, oftentimes throwing a glass of wine into the experience. 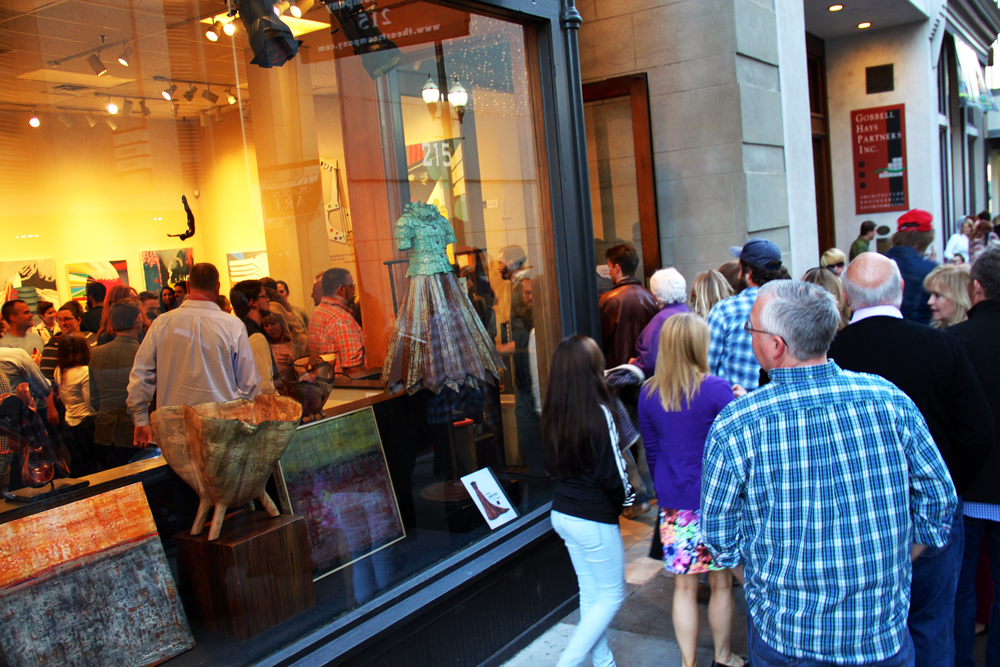 Comment on 15 Things To See and Do In Nashville Tennessee