Things To See and Do in Perth, Australia

Perth sits on the edge of Australia’s western frontier, far apart from the other capitals, but don’t discount it due to distance. This is a city of balance, a humble, happy community that welcomes visitors with open arms and a natural Australian beauty. It has a buzzing cultural scene underlined by a bygone-era vibe; here, the modern and the momentous past are in tandem, and crowned with golden sunshine most days of the year. These seven sites will offer an excellent introduction to the Perth culture and lifestyle.  See these things to see and do in Perth, Australia. 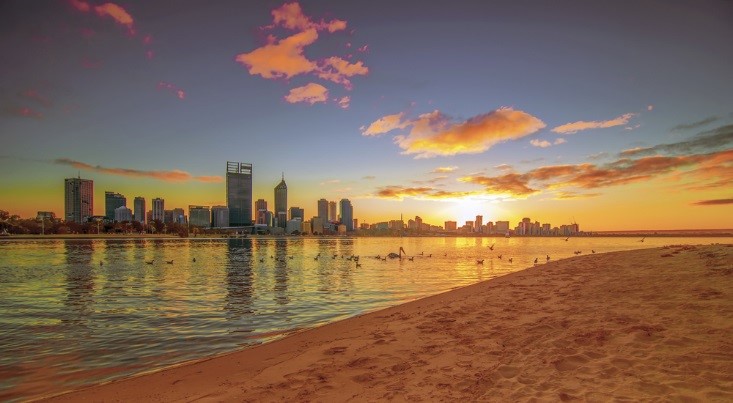 A natural starting point, Kings Park is a beautiful expanse of green that showcases the best flora that Western Australia has to offer. This is where you can take in the Perth skyline – on foot, on bike, or on a picnic blanket – with fresh air and a lush backdrop. The botanic garden that sits in the center of the park sprawls out over 40 acres, loaded with eucalyptus, shocks of wildflowers, and about 2000 other plant species from the region. Plenty of playgrounds, walking paths, and green groves make King’s Park so versatile and universally appealing. 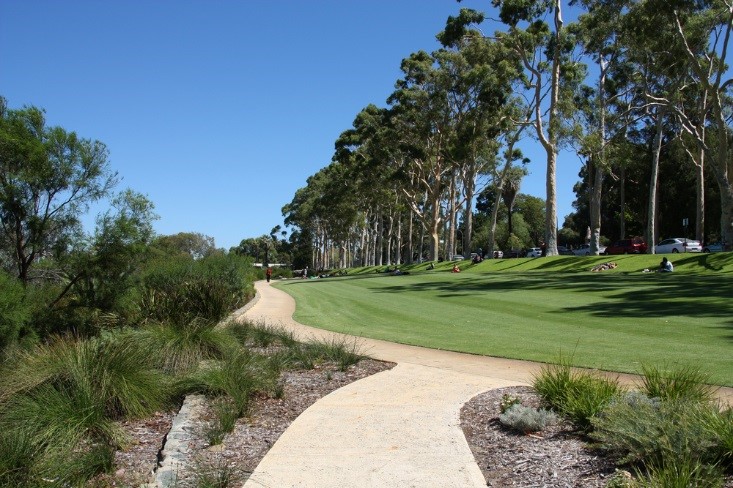 In the town of Fremantle you’ll find the popular and infamous Fremantle Prison, a world heritage site and a good mix of legend and history lesson. Built by convicts in the 1850s and used for nearly 140 years, the large complex of solitary cells, underground passages, and gallows is the most intact convict prison in the country. The guided tours are certainly a major highlight: whether you opt for the tour of the cells and kitchens or get a taste of the darker side with the “Torchlight Tour” or a tour of the tunnels, the wealth of history and expert guides pave the way for a memorable experience. 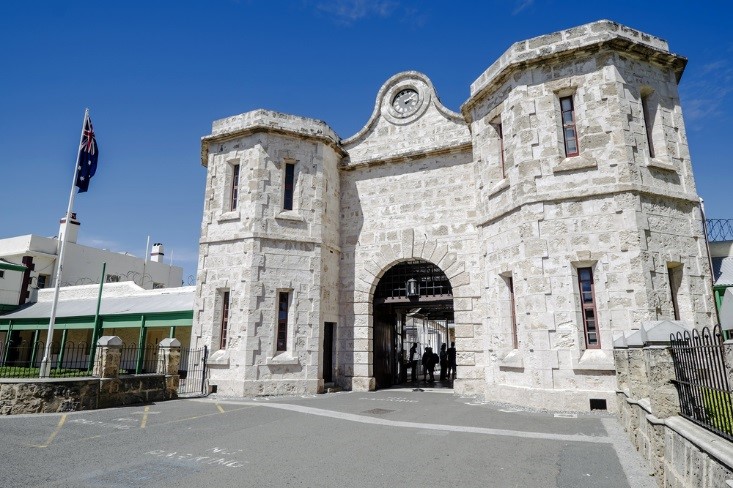 Floating less than 20 kilometers off the shore of Freemantle, Rottnest Island (or “Rotto”, as the locals call it) is a pretty ideal getaway. First off, no cars are allowed: you catch a ferry to the shore, and then you’re relying on your own two feet to get around. That shouldn’t be much of a problem, considering the whole island is under five kilometers wide and just about twice that in length. It’s a fresh, tropical, peaceful, family-friendly getaway – at least until Rottofest rolls around, when concerts, films and performances liven up the little pocket of sand and surf for three days each September. 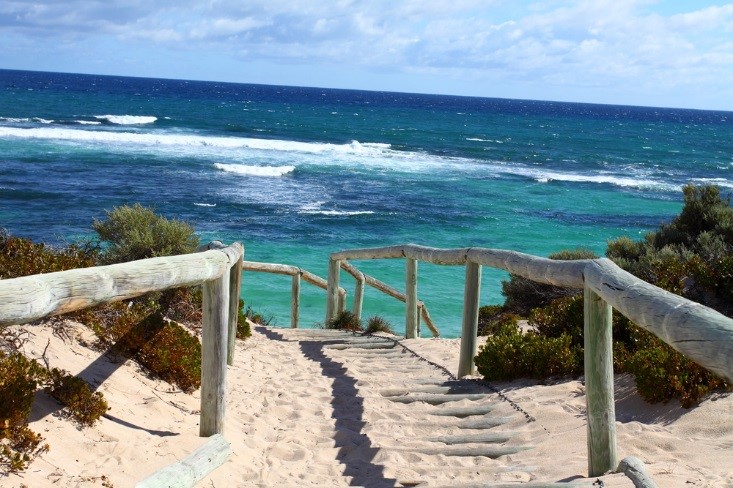 This is actually a selection of galleries that fall under the same stately title, and they’re all different. The one in Perth focuses on natural history, with an impressive collection of dinosaur and mammal exhibits, as well as a butterfly and bird gallery. The museum complex is a mix of beautiful and bizarre, with a series of grand heritage buildings serving as the stage, and exhibits like the curious Megamouth shark, a rare specimen preserved and displayed in the museum courtyard. This is an important cultural center for Western Australia, but there are also noteworthy exhibitions from other places in the nation and beyond. 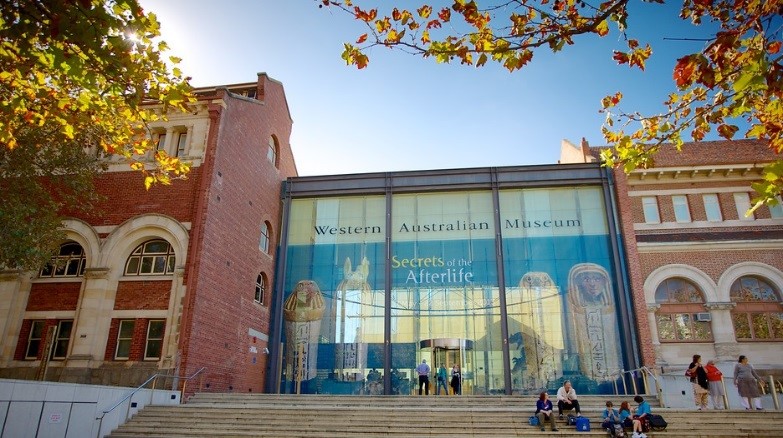 As the name suggests, this is where the city goes to get its art fix, but there’s more to the place than a few famous masterpieces. Renowned indigenous art takes center stage, with bark painting, sculpture, and more conventional canvas works on display form a range of master artists. Pop in between August and December to see the WA Indigenous Art Award winners displayed in the gallery, but be sure to stick around to check out the post WWII collection of Australian staples, too. 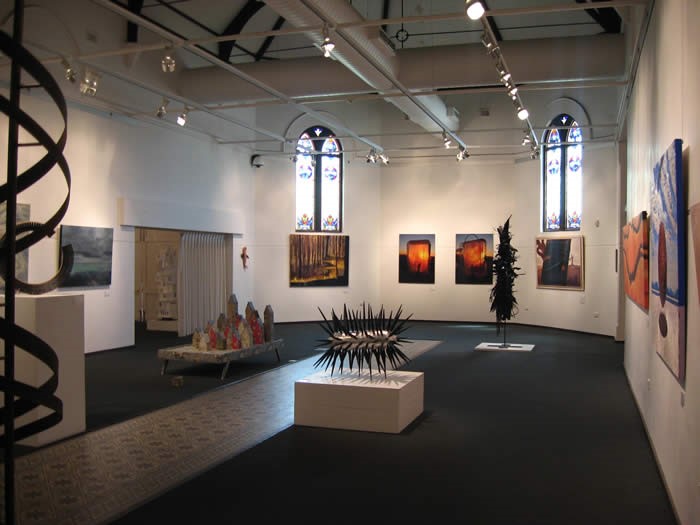 Every major city has a place to go for a great view; in Perth, nothing beats the Bell Tower for a panoramic pause. A shapely glass spire flanked by copper panels, the Bell Tower is a modern shell for the immensely historic bells inside (the oldest date back to the 14th century), given to the state by England in the 1980s. Time your visit right, and you could be treated to a song or two, as bell-ringing demonstrations take place fairly regularly. If the bells are resting, take the opportunity to climb to the top for a 360 degree view of the city. 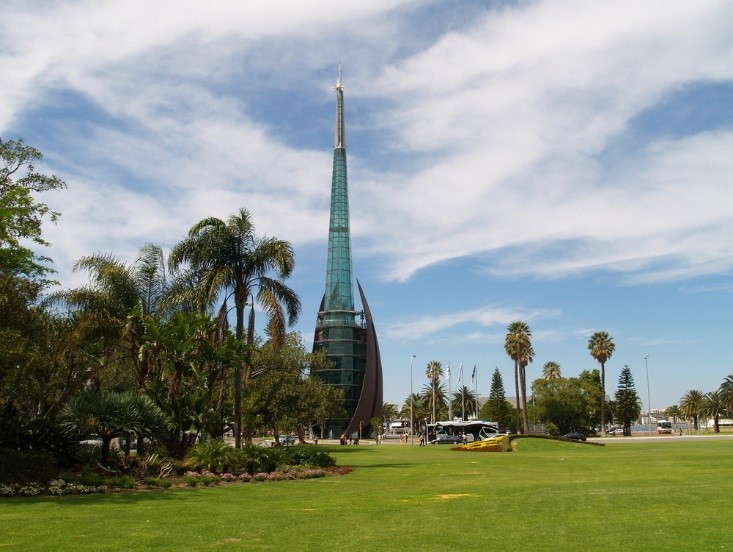 Sitting not too far beyond the city limits, but far enough to boast rolling hills and ribbons of vineyards, the Swan Valley is well worth a detour. This is Western Australia’s oldest wine region, but today it’s also a virtual culinary theme park: fine restaurants and honest bistros sit alongside award-winning wineries, inventive microbreweries, and roadside stands selling produce straight from the fields. It’s a little slice of verdant paradise, and a perfect foil for the cosmopolitan demeanor of Perth. 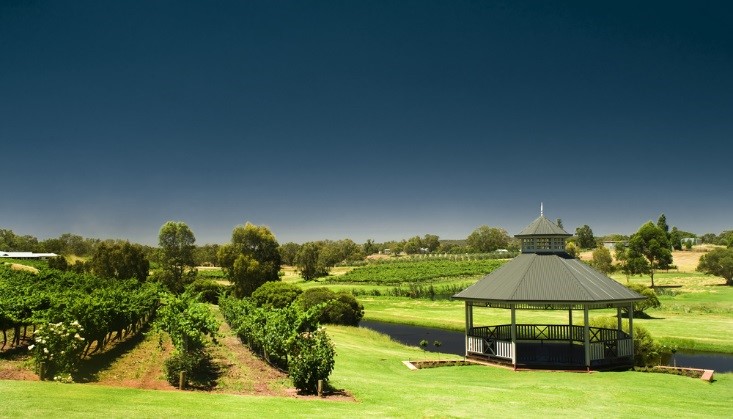 Perth may not have many neighboring cities, but there are plenty of adjacent villages, beaches, scenic drives, and river valleys to see. At the very least, cruise up the Swan River (kayak and pleasure boat are equally appealing options), or else schedule a long and leisurely drive up the coast. Take advantage of the fact that most of the tourists are vying for elbow room in Eastern cities, and enjoy the space, comfort, and culture alongside the locals in the Western capital.

Comment on Things To See and Do in Perth, Australia