Things To See And Do In Tokyo, Japan

Looking for things to do in Tokyo? Who would blame you for seeking recommendations: it’s not that you’ll be scratching around for ideas, rather that you’ll be wondering how on earth it is that no one has yet managed to manipulate time and allow you cram ALL THE THINGS into the duration of your stay. Prepare to be left wanting more but, equally, prepare to thoroughly enjoy everything you do.

The immensity of Tokyo’s population will be felt at pretty much all stages of your stay, but nowhere more so than at this insta-recognizable intersection. Located at Shibuya Station, each crossing can comprise a wave of up to a thousand people, and even if you’re cool with crowds, you’ll have to marvel at the fact that somehow everyone just flows in place and that no one gets trampled in the masses. Then again, by the time you’ve spent a little bit of time in Japan you’ll know that orderly is something that the country does very well. Take your pick between taking shelter in one of the nearby stores and witnessing the spectacle from a safe distance, or allow yourself to go - quite literally - with the flow down at street level. 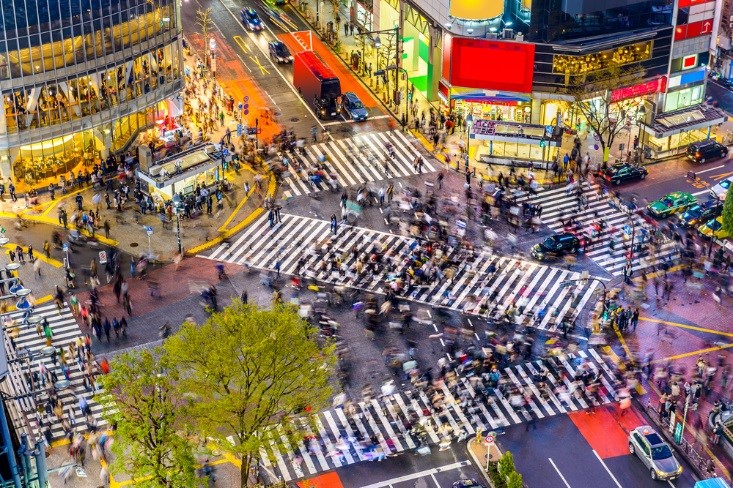 If it’s the zen-like aspect of Japan that you’re hoping to experience on your trip, this is definitely one of the loveliest places to find it. A huge, 144-acre area of plant life, with a focus on traditional and native Japanese horticulture and aboriculture, but also smaller pockets of French and English landscaping. Considering its size and scope, the entrance fee is more than reasonable and some of the snaps you’ll get are breathtakingly lovely, like the Taiwan pavilion serenely surrounded by trees, complete wiith those elegantly curved roofs and lush foliage beautifully reflected in the glassy waters of the pond it’s all perched besides. 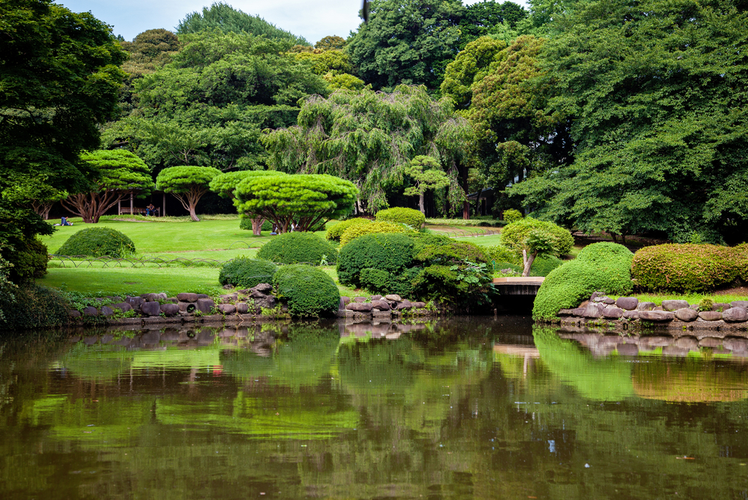 Originally established in 1972 and moved to its current location a few years later, this museum houses an awe-inspiring collection of art and artifacts. It’s comprised of 6 different buildings, each of which could feasibly be a museum in its own right. For a real fix of Japanese treasures, start in the main Honkan building, which features indigenous artwork spanning from antiquity to the 19th century; if you’re a geek for things like Buddhist scrolls, maps and exquisite ceramics, then you will be in your element here. Nearby stands the Toyokan building, which was designed in 1968 and allows visitors to delve into pieces from elsewhere in Asia, as well as India and Egypt. There are plenty of English signs and audio guides to facilitate your visit. 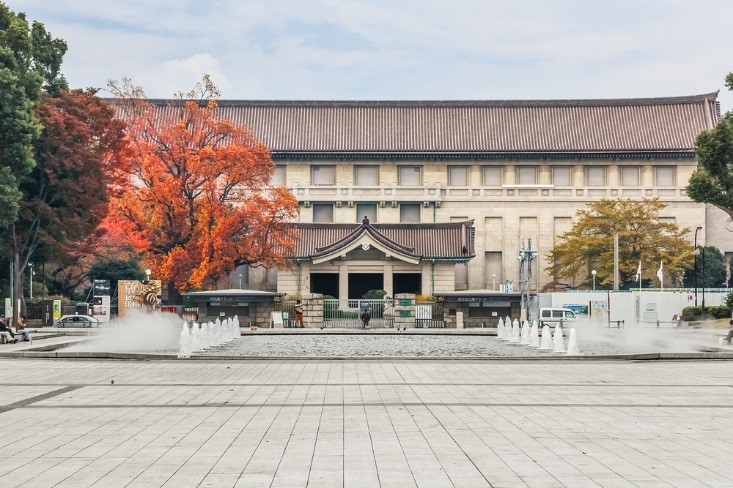 One of Tokyo’s most recognizable landmarks, the Tokyo Skytree is a television broadcasting tower, and can be found in the Sumida City Ward. Standing at 634 meters, it’s Japan’s tallest structure; when it was completed in 2011, it was the second tallest structure in the world, although of course ever-more vertiginous buildings have come along since that time. There are two observation decks, one at 350m and another, 100m up at 450m, both of which boast incredible 360-degree views of the city, but for vertigo-sufferers and retail therapy addicts, there’s also a large shopping mall and aquarium at the base. 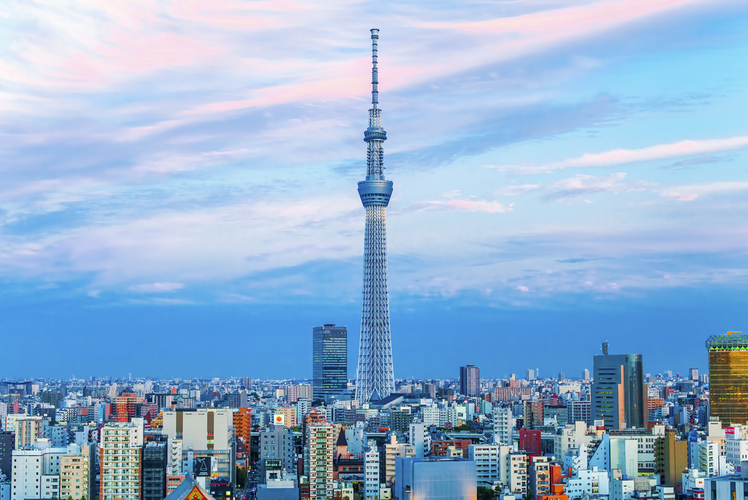 Tokyo is well known for its quirky fashionistas, and nowhere will you get more of a sense of it than in this area, which is named after the train station it’s found near. Head to Takeshita Dori ( which is where you’ll spot the most out-there examples of teen culture) to browse its shops and boutiques, as well as to people watch and grab a bite to eat at one of its many fast food outlets. It’s less than half a kilometer long but is quite narrow so can get very crowded on weekends. Recent style-watchers have lamented the death of Harajuku cool in the face of global giants like H&M and Uniqlo, so score your visit quickly before everyone starts to look the same. 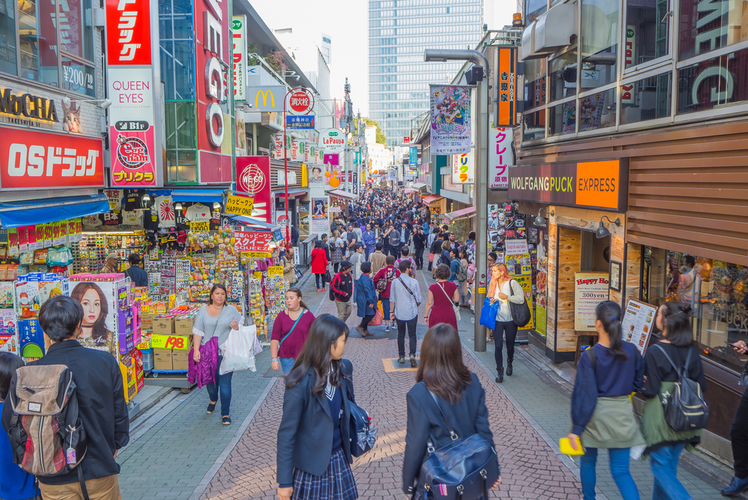 The residence of the Japanese Imperial family, this palace has stood in place since 1888, when the country’s capital was moved to Tokyo from Kyoto; it was rebuilt in exactly the same style as the original after being destroyed in WWII. The site, a large park area surrounded by moats and huge stone walls, is best viewed from the large plaza in front of the palace, where you can see Nijubashi, two bridges that form an entrance to the inner palace grounds. These grounds are not generally open to the public other than January 2 (New Year's Greeting) and December 23 (Emperor’s Birthday); at these times the Imperial family will also make appearances on the balcony. Guided tours elsewhere in the grounds are available throughout the year, but no buildings are entered. 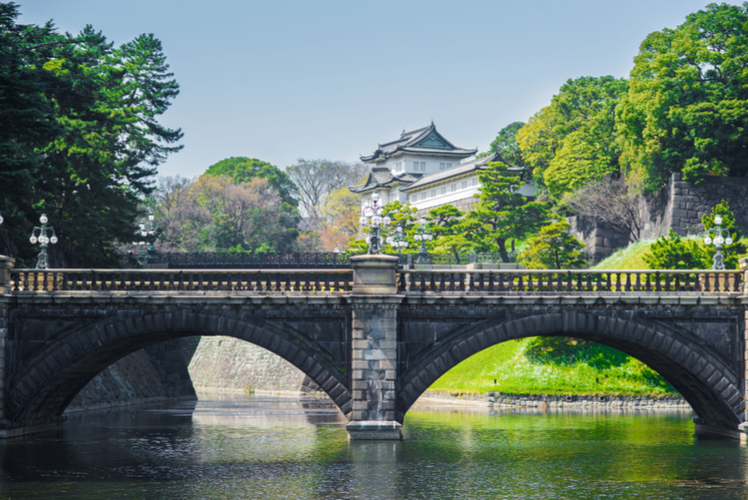 It’s located in what’s primarily a suburban, high-density-commuter neighborhood, which possibly wouldn’t seem like the most obvious choice of places for the a collection of work spawned by the surreal imaginations of of this particular artist, but suspend your disbelief beyond this, and beyond the ultra-plain white building you’ll enter in order to gain access to the intensely kooky world of Kusama’s trademark polka dots. So popular has the museum been since it opened in 2017 that a timed ticket entry system now exists, and visitors are limited to 200 per day.

Let’s hope you like seafood because the country that gave us sushi does it - unsurprisingly - exceptionally well. Head to the harbor to explore this enormous market, which spans both indoor and outdoor areas and gives an incredible insight into this country’s passionate love affair with creatures of the sea. To witness the full throng of chefs and restaurant owners buying supplies, plan your visit for sunrise, which is when people arrive to get the best, freshest, most toothsome pieces of fish. Interestingly, you won’t see that many locals here: kitchens are a rarity in Tokyo apartments, which are as tiny as they are densely packed - but there are wooden stands set up along every narrow passage selling some of the best, most authentic shellfish and seafood you’re ever likely to taste. 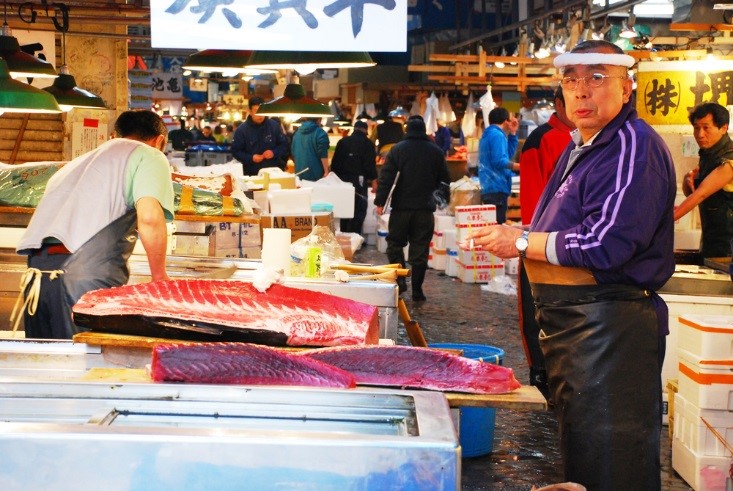 Few places in the world provide a more dazzling fusion of east and west than Tokyo, and this is especially apparent in its blatant, unashamed consumerism. Department stores may be a dime a dozen back home, but not like this one. It is, quite simply, mental: a huge, mind-boggling, sensory-overload-inducing temple to retail, with floor upon floor upon floor of departments selling distinct wares. In need of some party supplies? There’s a department for that. Fancy trying your hand at a spot of model building? Hey, guess what - there’s a department for that, too. In fact, you name it, there’s a department for it. Of course, it may take some time to find the department you’re looking for, so huge and bewildering is the store - but who knows what cool stuff you’ll pick up on the way to finding it? 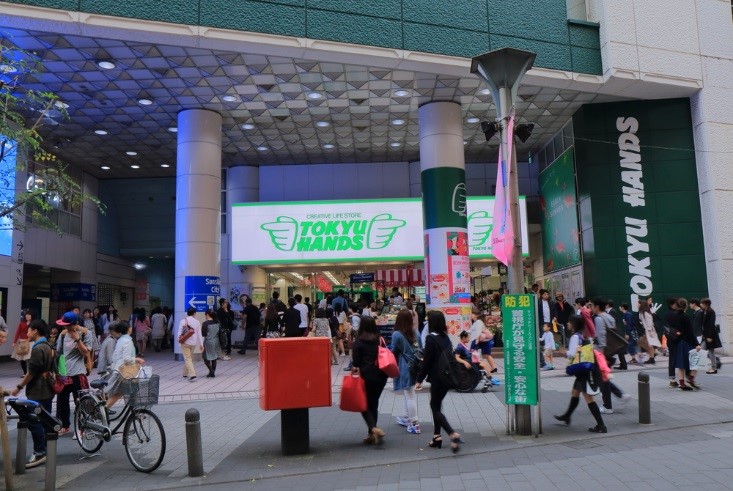 Hot spring bathing - or onsen, as it is called in Japan - is woven tightly into Japanese culture, a side effect of having a volcanically active landscape. There are a number of these bathing centers dotted around Tokyo, many of them fairly average public bathhouse style institutions and others more akin to amusement parks - take your pick. If you’ve timed your visit to coincide with cherry blossom season, make a beeline for Tokyo Somei Onsen Sakura, in the north of the city. Not only are the trees on its premises at their glorious best at this time, but the springs themselves benefit from having been filtered to get rid of that distinctive color and smell. If you want the authenticism of that sulphorous odor, Itabashi’s Saya no Yudokoro is the place: fed by a natural hot spring deep under its grounds, the murky but health-promoting waters here are mega-rich in sodium chloride. 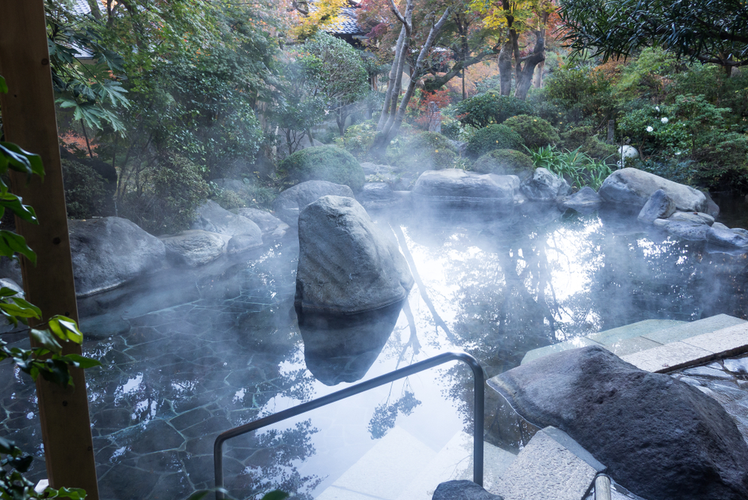 This temple is placed somewhat incongruously at the end of a retail strip called Nakamise Dori, selling all manner of souvenirs and crafts; the second tallest pagoda in Japan stands, 5 storeys high, by its side. There’s a large incense cauldron at its front - take some time to watch visitors essentially bathing themselves in the fumes, which are believed to be beneficial to health, before letting those pluming trails envelop you, too. Founded in 628 and the oldest Buddhist Temple in the capital, don’t be surprised when you clock its modernity - the current building, with its distinctive crimson color, was rebuilt after being destroyed in WW2. 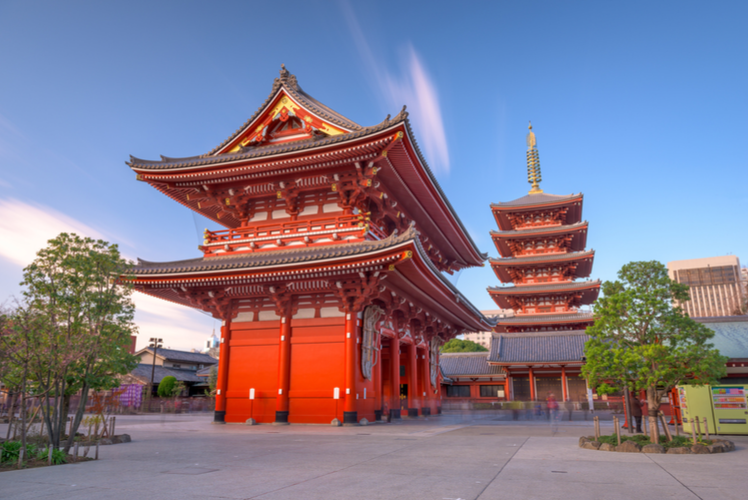 Located in the Aoyama district, this tranquil museum was redesigned by celebrated architect Kengo Kuma, and mixes contemporary design with traditional art: there are over 7,400 pieces on display here, all showcased in beautifully modern surroundings that combine light-filled, double-height interiors with stretches of glass walls. Seven items in the collection have been granted National Treasure status; two of these are to be found in the calligraphy section, over which fans of exquisite penmanship will totally rhapsodize over. It may be, too, that we’re always told that it’s what’s on the inside that counts, but there’s actually plenty to love on the outside here, too - from the glorious private garden to the graceful, minimalist outdoor path that leads alongside bamboo-clad walls to the entrance. 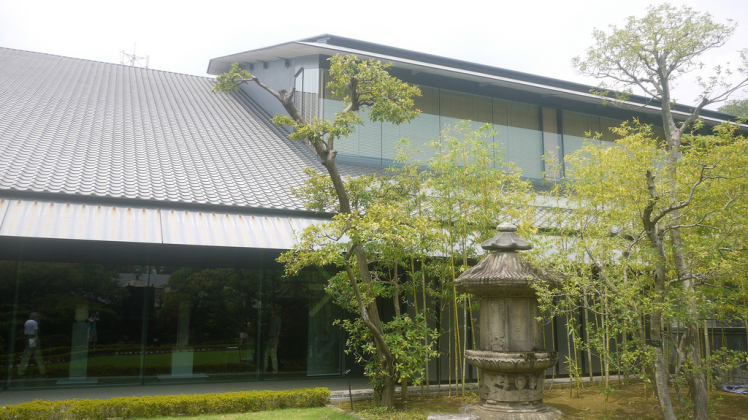 One of Japan’s enduring and endearing cultural oddities is ‘kawaii’ which roughly means a culture of cuteness and vulnerability. If you’re ‘feline’ like you want to explore the notion further - indulging in a little pet therapy along the way - then head to one of Tokyo’s cat cafes, where that mix of utterly bizarre yet totally sweet that the city does so well is perfectly encapsulated. Cat Cafe Mocha has several sites in various neighborhoods, but check out its Harajuku branch, where your complimentary WiFi comes with the spectacle of different breeds strolling around at floor level and perching in seats built into the sculptural tree that takes center stage of the premises. 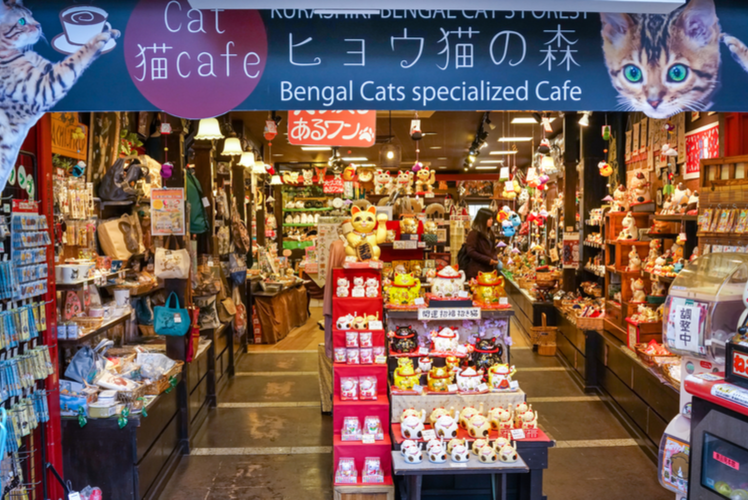 No other culture in the world has a national sport quite like sumo wrestling; it’s something uniquely and inextricably linked with Japan. Having its roots in ancient times, it’s fascinating to gain further insights into the sport, and into the mental and physical preparations it involves, by heading to one of the Sumo stables (training rooms) located around the city. More than a few of these are located in the Ryogoku area, not far from the Tokyo Skytree, and some of them make their morning practice open for public viewing. It’s not free, and nor is it especially cheap, but for an experience you literally wouldn’t be able to have anywhere else in the world, it’s definitely worth doing. 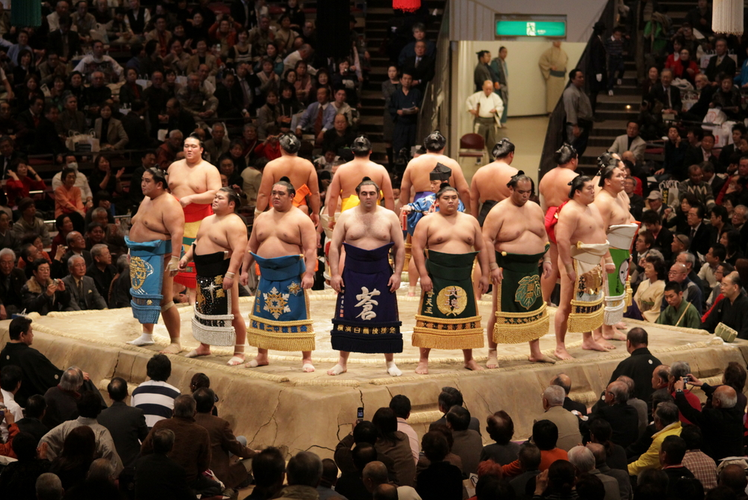 Also known as Drunkard’s Alley, (Nonbei is slang for someone who loves to drink) there are a handful of these bar-lined alleyways in Tokyo, but this one, located just near the iconic Shibuya crossing, is one of the most evocative. Dating back to post-WWII rebuilding, each of the tiny bars seat no more than a handful of patrons - think in the region of 4-10 - so they offer an unparalleled opportunity to get up close and personal with locals in the most convivial of settings. Unsurprisingly, you’re best advised to plan your visit for the evening, when the alley is at its liveliest. Check out Enoki - it’s one of the most popular and has a relatively whopping number of seats - 16 in total, although 8 of these are accessed via a ladder - and you have to navigate the climb whilst carrying your own food and drinks. 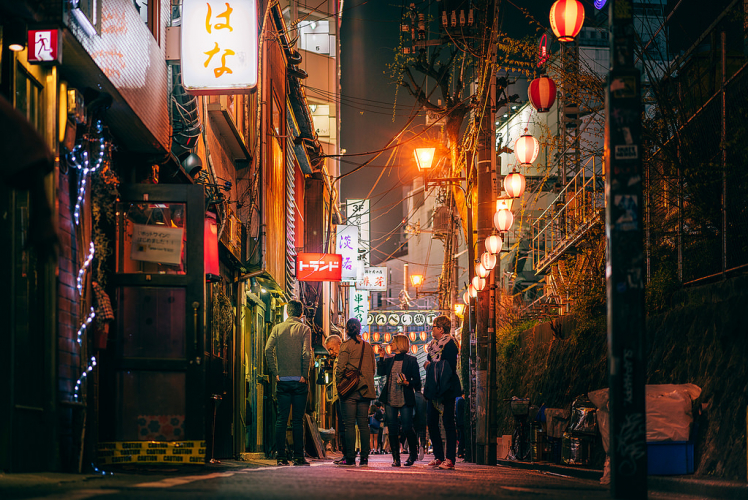 Comment on Things To See And Do In Tokyo, Japan