Top 10 Marvels of the Modern World

Often when we think of the marvels of the modern world, we construct images of the Roman Colosseum or the Pyramids of Egypt. While these ancient wonders are often the first thing that comes to mind, modern society has also contributed its own awe-inspiring testaments to greatness that are spectacular in their own right. Here are a few.

Located in the outskirts of the UAE’s capital, Abu Dhabi, the Sheikh Zayed Mosque is a spectacular display of white stone and gleaming light. Designed to host over 7,000 worshippers, this mosque is one of the world’s most elaborate buildings, featuring over 50 separate domes, containing priceless crystals purchased around the world. Visit at night to see the spectacular sight of the building’s lavish lit-up columns illuminating in the property’s many reflecting pools. 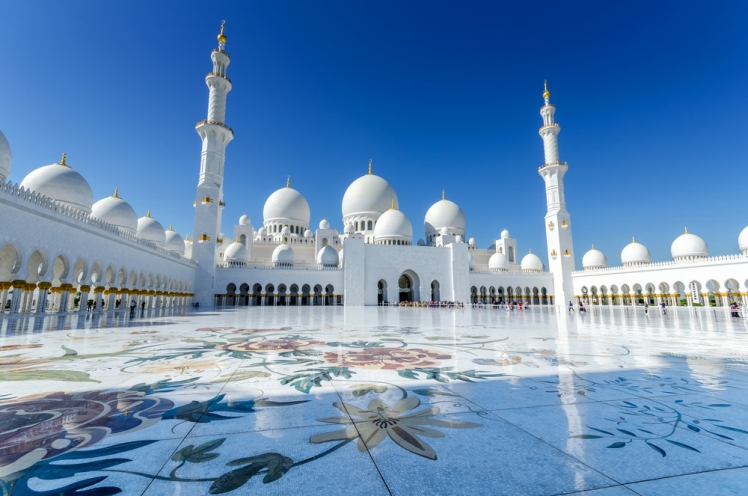 Towering 1,000 ft. above the surrounding valley, this spiritual and political seat of the Tibetan Dali Lamas is considered the world’s highest palace. Set against the Tibetan sky, it’s no wonder that this UNESCO-recognized site is one of Tibet’s greatest cultural landmarks. 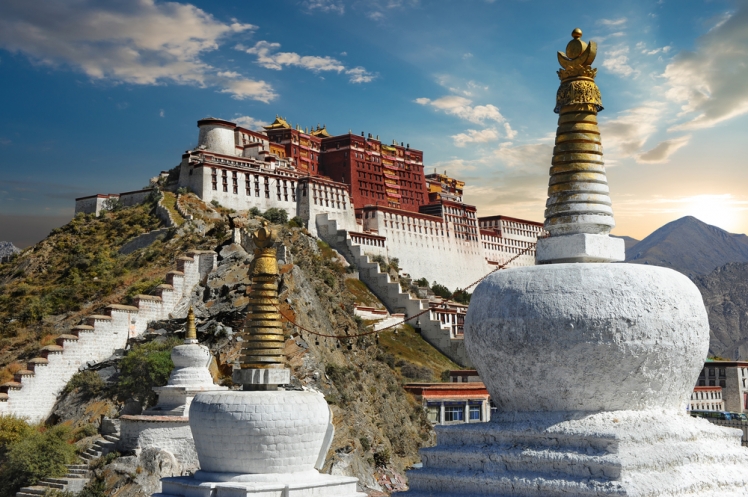 One of the United States’ most recognizable monuments, Lady Liberty towers over New York Harbor and has served as the iconic symbol of American prosperity for over 100 years. Originally built in 1886 as a gift from the French, the Statue of Liberty and her stunning 24-carat gold torch is a must-see for all visitors to New York City. 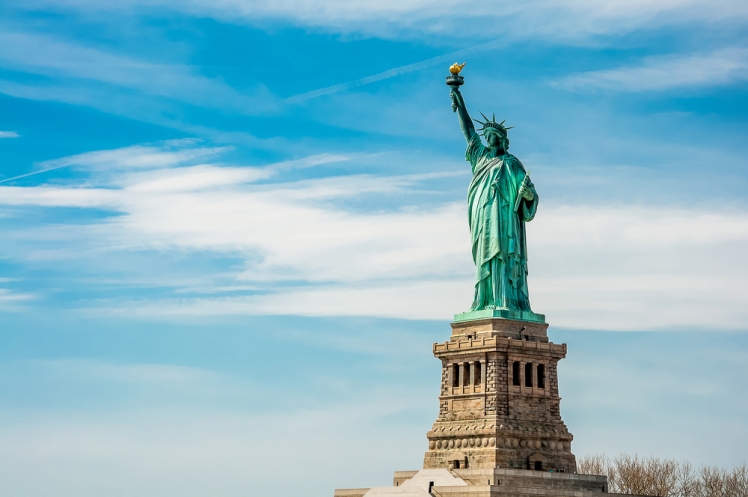 Perched overlooking the Bavarian forests, the Neuschwanstein castle reigns over the area’s green landscaping. It even inspired Walt Disney while he was designing the now-iconic Sleeping Beauty Castle at Disneyland. The structure, designed by the Mad King Ludwig II, is known for its ornate halls, famous artificial grotto, and whimsical architecture and should be included in everyone’s German travel plans. 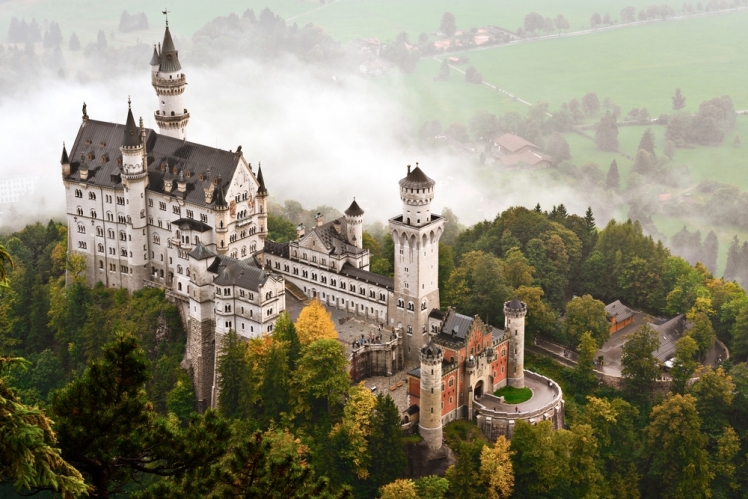 Famously referred to as the “Chunnel,” this 31 mile rail tunnel linking Kent, England to Coquelles, Pas-de-Calais in northern France has the longest undersea portion of any tunnel in the world.  Located beneath the English Channel, construction on the tunnel began in 1988 and was completed in 1994, allowing visitors and residents alike to travel from England to France in only 20 minutes. 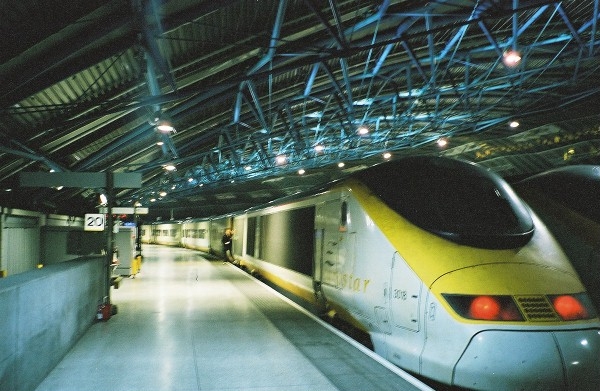 Towering 1,070 feet and built on the side of an enormous cliff in the Zhangiajie, China, the Bailong Elevator consists of three double-story glass elevators. The elevator takes only two minutes to ride from the base to the top and can carry 50 people at a time. This modern marvel is able to transport a total of 18,000 people per day—with many riders taking multiple trips on this natural amusement ride. 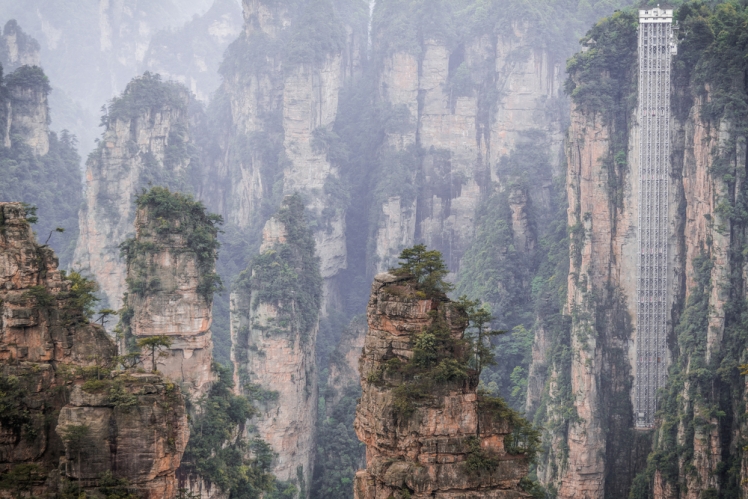 It took 34 years to create this 50-mile-long canal across the Isthmus of Panama. The amount of digging required and the size of the locks made it the most expensive construction project in American history at the time. The canal has a tragic history as about 80,000 people died during construction of this industrial masterpiece. 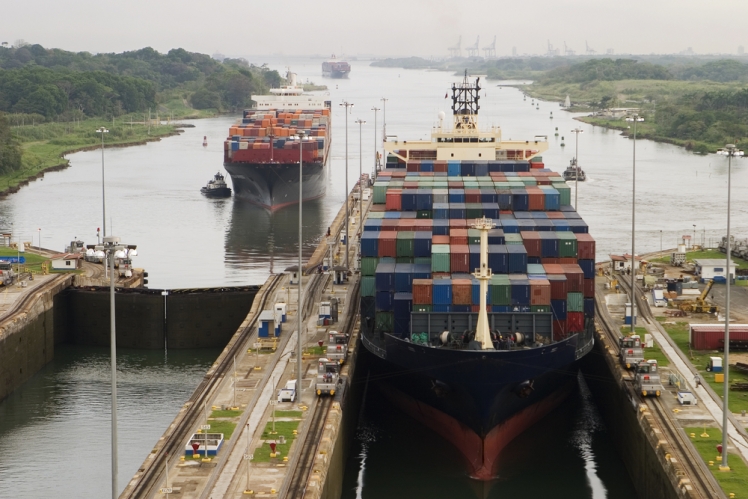 Towering 1,815 ft. above Canada’s largest city of Toronto, it has become one of Canada’s most popular landmarks. Completed in 1976, the tower became the world’s tallest freestanding structure at the time. While a glass floor on the observation lets you look 1,122 ft. down to the ground, a new attraction known as “Edge Walk” allows adventurous visitors the chance to take a view of the city from outside the Tower’s main pod. 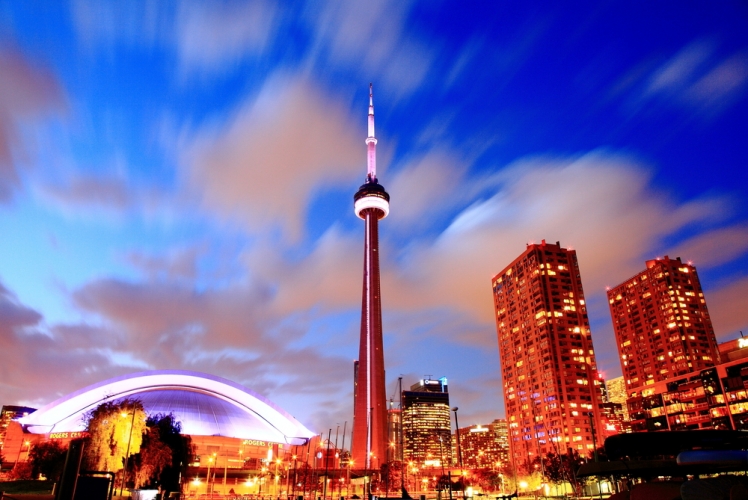 Also known as the Pearl Bridge, this is the world’s largest cable bridge as there are no pillars used to support the structure. Completed in 1998, the Akashi Kaikyō Bridge has the longest central span of any suspension bridge in the world at 6,532 ft. 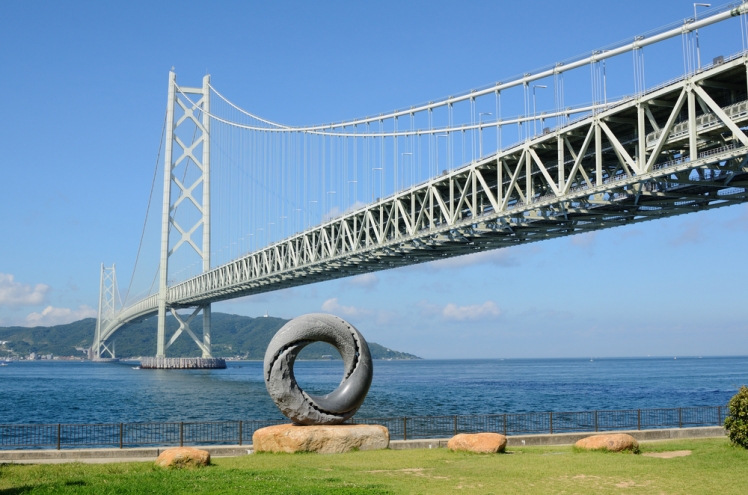 Built for the 2008 Summer Olympics and to be used again in the 2022 Winter Olympics, the world’s largest steel structure, affectionately nicknamed the “Bird’s Nest” looks more like an art installation than an Olympic stadium. Presently, it is mainly being used for soccer matches and as a popular concert venue. 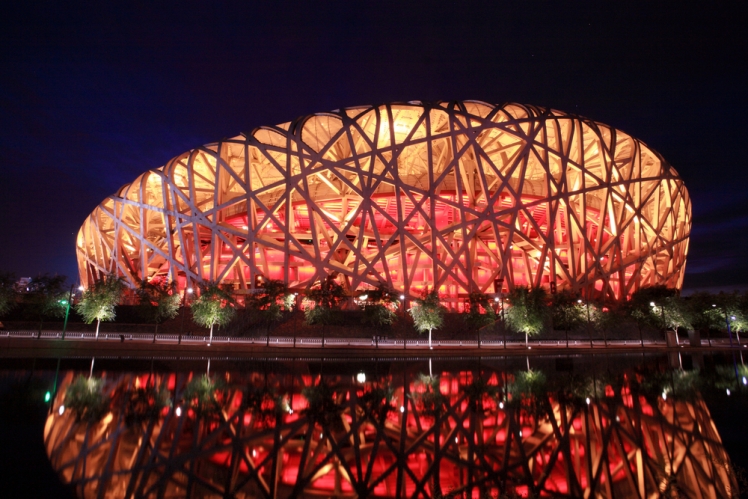