You’re spoiled for choice when it comes to choosing a ski holiday in the States, but in a country so vast, those choices can be hard to narrow down. Whether you’re a gnarly expert or a family looking for child-friendly facilities, each resort has its own appeal – read on to find the top ski vacation spot that’s right for you.

A great choice for families, this resort boasts an excellent infrastructure, with ski-in, ski-out accommodation and facilities, plus plenty to ease beginners in to skiing on its 126 trails. There’s much to keep the expert happy as well, with steep verticals and challenging terrain, while boarders can play in a series of excellent parks. There are also loads of non-ski activities to service those days when little legs just don’t want to get involved, or when the attractions of the many bars in the locale have nixed the following day’s ski plans. 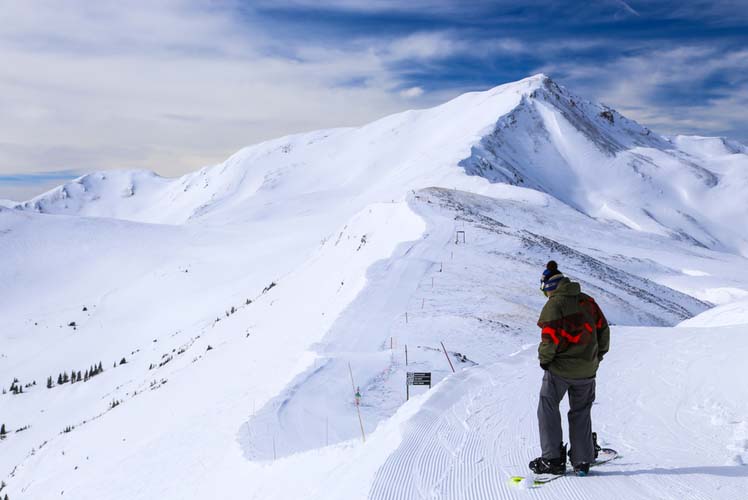 There’s a certain kind of maturity that you expect from a Taos skier – not only is over 50% of the terrain geared to experts, but there’s a notable absence of après – indeed, the mountain was one of the last bastions of the ‘no boarders’ rule in the US, until the shredders got their way in ’08. Featuring rugged landscape, 300+ days of New Mexican sunshine and about the same in snow-inches, and you can see why the boarders campaigned – and why the skiers wanted it all to themselves. 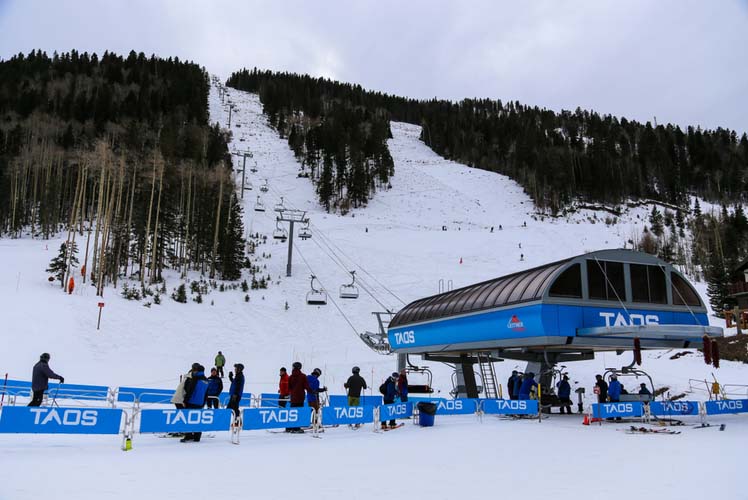 Deer Valley, on the other hand, has held its ground and remains a skiers-only resort. Consistently recognised as one of the best ski resorts in the US, it’s requires a higher budget than some, but is worth it in terms of the convenience, customer service and ease of experience that you get for your money. Over 100 runs are serviced by an extensive network of lifts, and the majority are best suited to a beginner or intermediate level; furthermore, daily ticket sales are limited to avoid overcrowding – all of which make it a great choice for families. 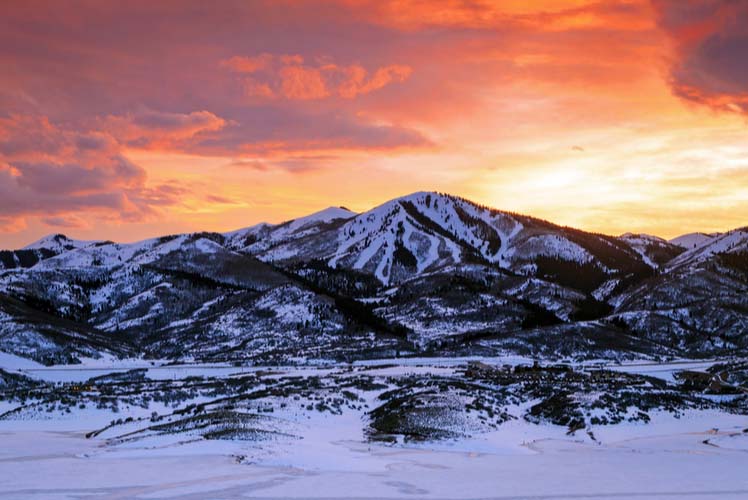 There’s a reason why powderhounds flock to Wolf Creek, and it’s, well, basically, the powder: try an average 465 inches per season and a consistency that’s talcumy, fluffy and dry. Facilities are fairly basic, which may not suit a more upscale skier, and the terrain available for less experienced skiers is far more limited than that on which the experts can play, but it’s an excellent gateway to backcountry and tree skiing and very affordable, to boot. 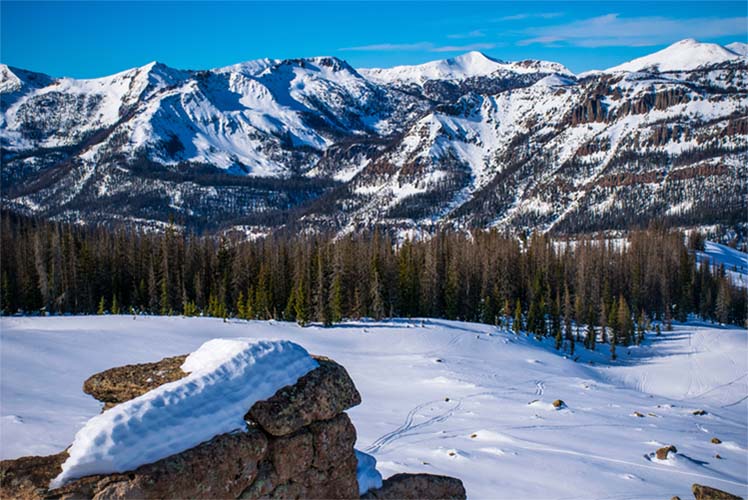 The name says it all – this is one beast of a resort, with huge verticals and vast terrain. It ticks all the boxes for services and facilities, yet retains a laid-back charm that’s inclusive and welcoming, and it has a great range of amenities for kids, which make it a great choice for families. Consistently good snowfall and high elevation, combined with a long season are things Mammoth has in its favour, as is incredible landscape, providing all the natural eye candy you could want on the ascent. Terrain is weighted in favour of intermediates (40%) but experts get some great park action and loads of enticing off-piste. 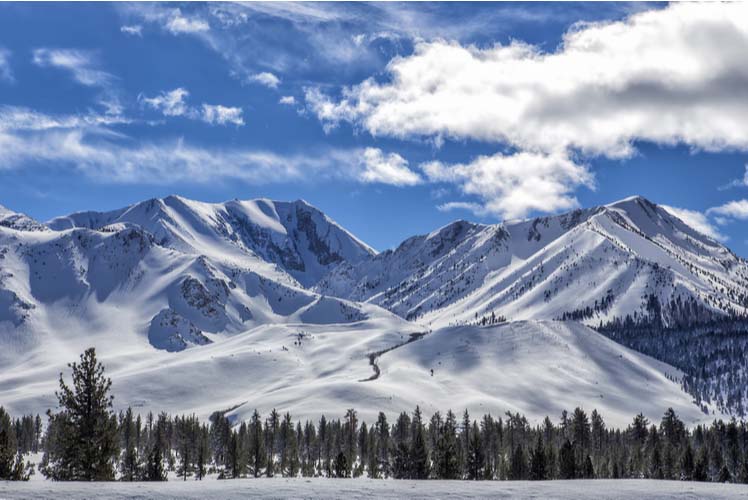 Ideally suited to those boasting expert skills, Crested Butte goes easy on the glamour and hard on the grit: it’s charmingly true to its Western roots. The skiable area is much smaller than its other state counterparts, but what it lacks in ‘official’ size, it makes up for in off-piste and verticals. The upper reaches offer loads of challenging terrain, and the fact that this resort remains relatively uncrowded means that you often have it more or less to yourself. Snowfall can be a little sketchy at times, but thanks to great elevation, the snow it does get can generally be fairly decently maintained. 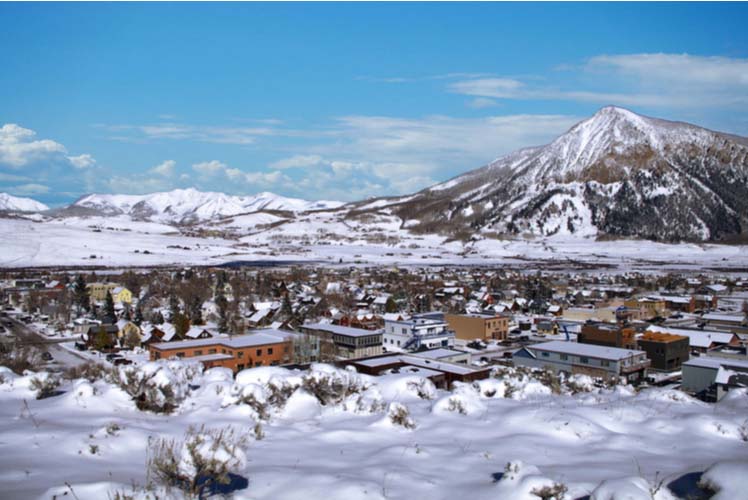 Much loved for its low-key appeal and refreshing lack of glitziness, Whitefish offers around 3,000 acres of terrain, with various areas to soothe beginners and excite experts. There’s a great park for the thrill seekers, plus lots of off-piste excitement – including exploring among the trees, which are famous for their snow ghosts. The lift offering isn’t the best you’ll find in the country, but improvements are said to be in the pipeline, and there’s not much in the way of after-dark action on the hill: for that, you’ll need to head down into town. 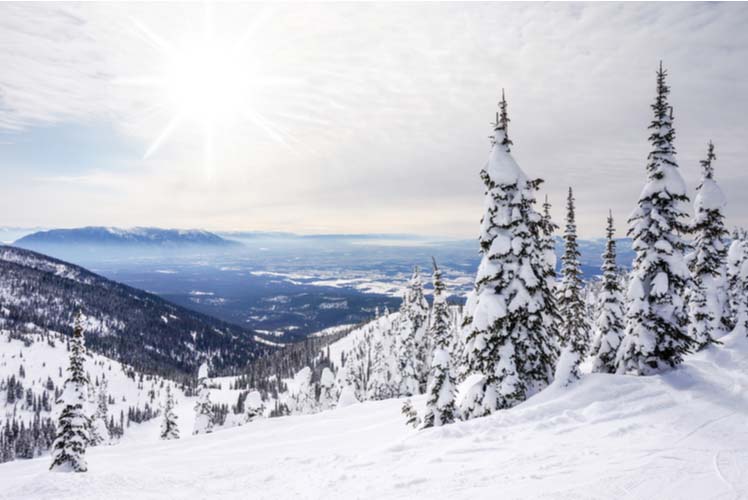 A lack of mountainside lodging makes this less of a destination resort than some, but then, that also means that it’s not as crowded. One of the largest ski areas in the entire country, it gets consistently good snowfall and boasts a long season; those impatient for access will also love the fact that much of the lift system is high speed. There’s a lot of advanced terrain, including snow ghosts and lava-created lips and variations, but high winds often close the top lifts, which limits an expert’s choices. That said, there are multiple parks in which to play, and the nearby town of Bend offers plenty of good times by way of eateries, bars and breweries. 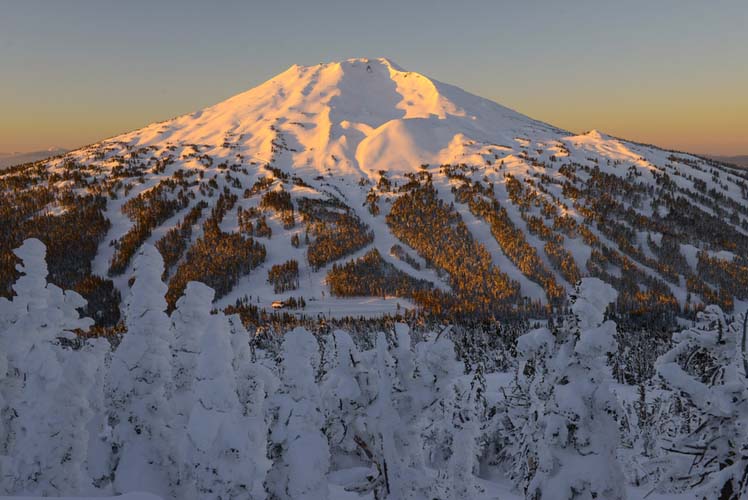 Perhaps a little bit the victim of its own fabulousness, Jackson Hole can get horribly overcrowded and even excellent conditions rapidly stripped. That said, it offers top-notch infrastructure and a vast terrain that ticks a ton of expert boxes, as well as excellent snowfall, with an abundance of light, fluffy powder to play in. There’s great backcountry and heli-skiing to be had here, but avalanches aren’t infrequent, so know your stuff before you venture away from the marked trails. 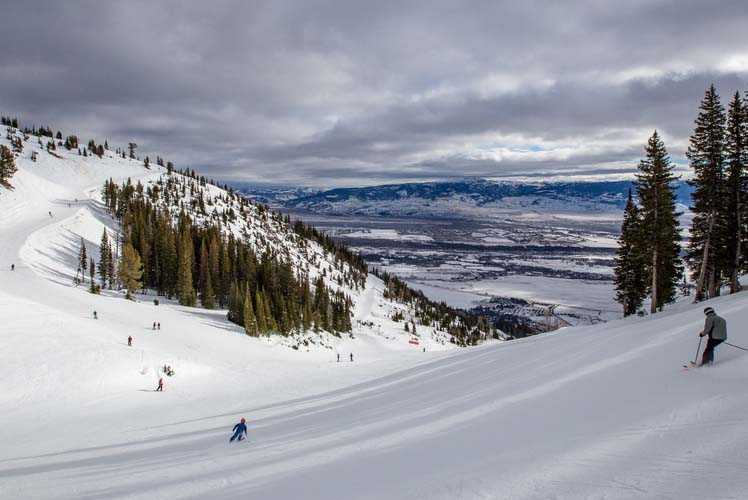 As the first ski resort in the state to welcome snowboarders, you can see why many riders find their spiritual home here. That said, with 2,358 acres of skiable terrain, spread across four mountains, there is ample room for skiers, too – and there’s enough variety to keep everyone, from absolute beginners, to hardened experts, happy. Snowfall is generally good, but even when the meteorological deities aren’t smiling, there are close to 400 snow guns to make up the shortfall. The elevation is extraordinary, so make the most of it by riding the Imperial Express Super Chair all the way to 3,900 meters. 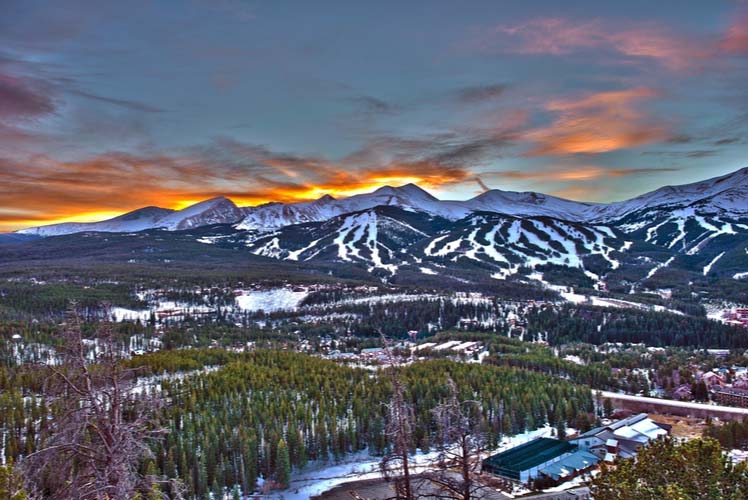