Our world is filled with extraordinary natural wonders: from the Great Barrier Reef to the Grand Canyon, there is a medley of natural gems demanding our attention. However, many are marred by throngs of bustling tourists. Luckily, many lesser known natural wonders around the world are as equally stunning as their counterparts - and you won’t need to battle the crowds to catch a glimpse!

The Tsingy de Bemaraha Strict Nature Reserve is home to a unique and breathtaking forest of razor sharp limestone rock formations. It is the largest stone forest in the world and stretches over 230 square miles. The spiky formation of the limestone was created after parts of it were eroded by tropical rain. Despite the dangerous and almost uninviting appearance of the stones, many animal species, including lemurs live here. 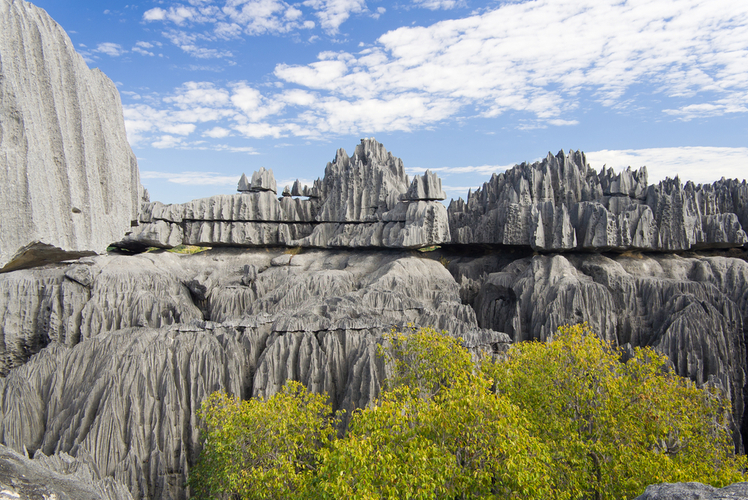 In the Bohol province of the Philippines lies the spectacular geological site, known as the Chocolate Hills. There are approximately up to 1,776 hills spread over an area of more than 50 square kilometers. They are usually covered in green grass, but during the dry season, the grass turns a deep shade of brown that is similar to the color of chocolate.  The best places to view these gourmet hills are at the viewing station in the town of Carmen, and at Sagbayan Peak in Sagbayan town. 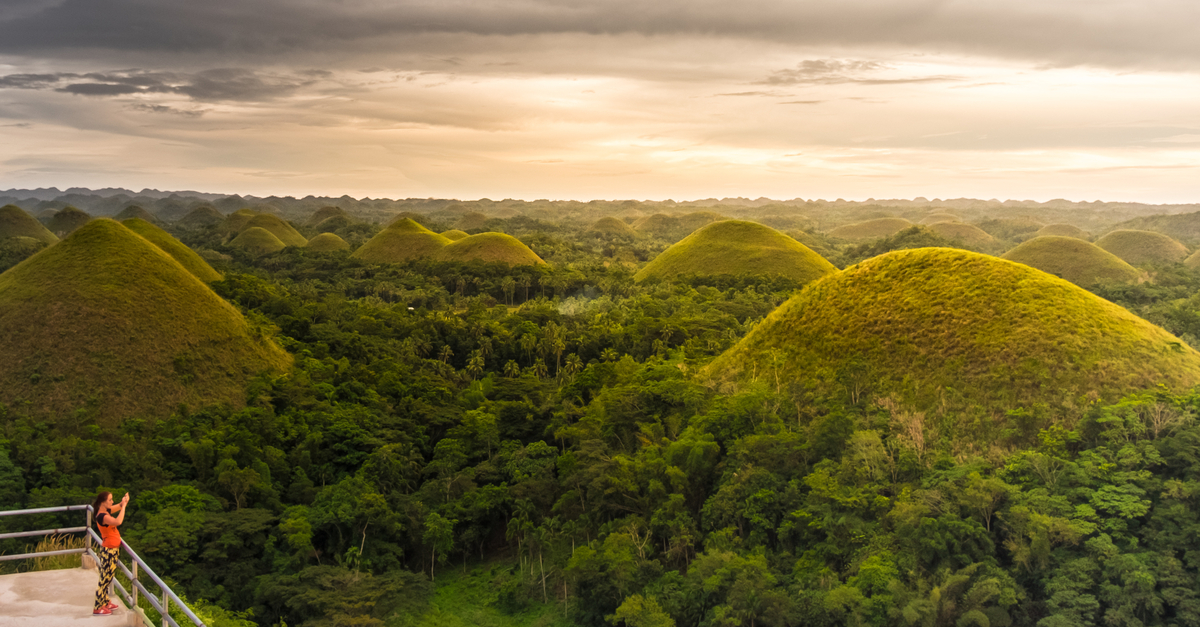 The Tunnel of Love is ideal for the romantics. This gorgeous leafy tunnel stretches three kilometers across a railway section and is hidden deep in the forests of Klevan, Ukraine. It provides a passage for a private train which delivers wood to a local factory. The tunnel was formed over several years, as the train traveled back and forth over the railway section. This molded the trees’ lines to create the fantastic lush green tunnel it is today. 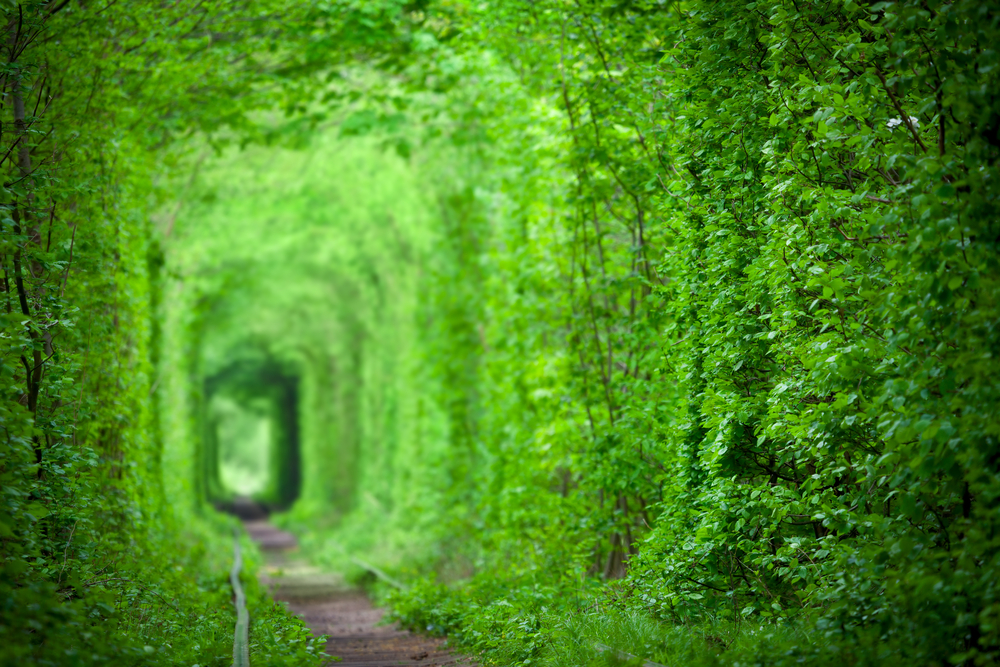 Mt. Maelifell is one of Iceland's most iconic landmarks. The volcano was formed from a series of eruptions under a huge glacier during the last Ice Age. It is completely covered in green moss and stands alone in a black desert landscape, surrounded by cold streams. Mt. Maelifell stands at almost 200 meters above the surrounding plains, and provides beautiful views once you've climbed up to the top. 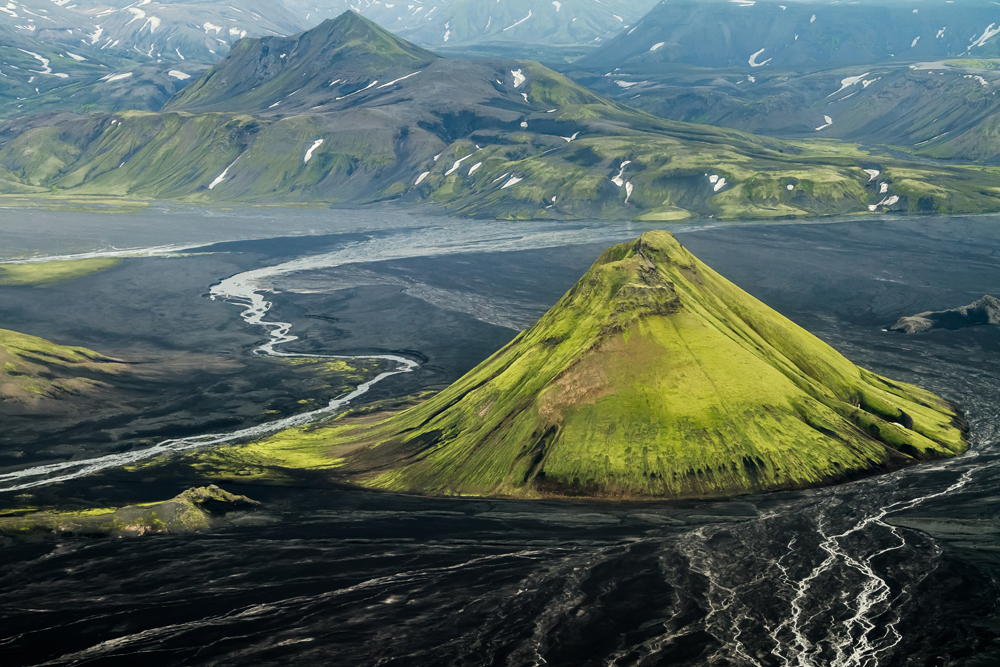 Dragon’s Blood Tree's, also known as Dracaena Cinnabari's, are very distinctive looking dragon trees that are native to the small island of Socotra, off the coast of Yemen. The name of these trees hails from the fact that they produce a red sap, which is known as ‘dragon’s blood’. When the trees reach maturity, their branches create an umbrella-shaped crown, with leaves measuring up to 60cm long and 3cm wide. 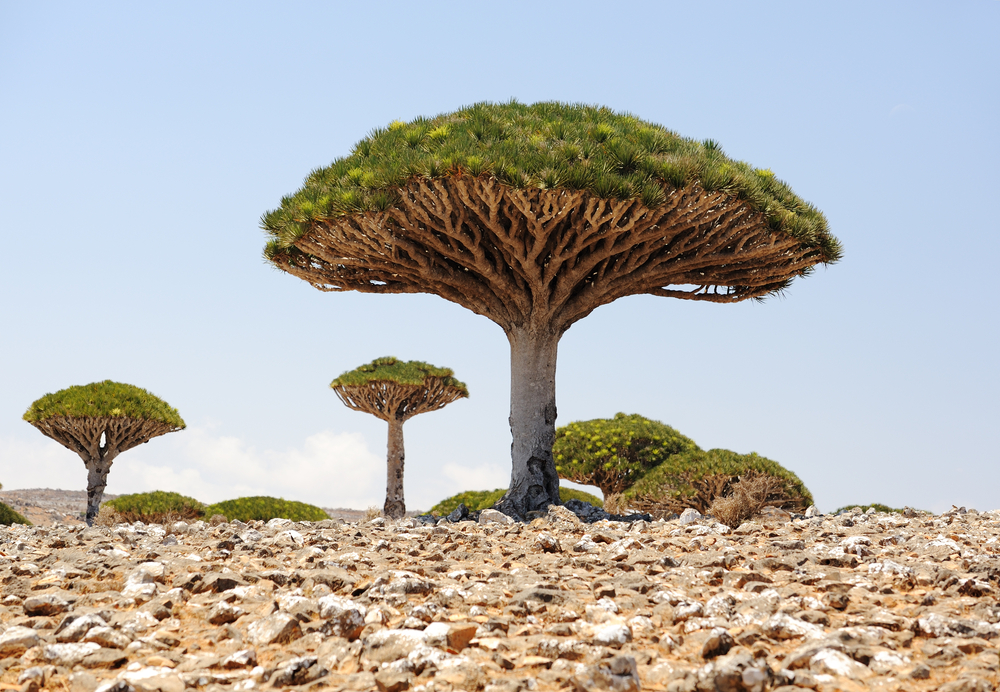 Kamchatka Ice Cave is also called 'Dwarf's Wonderland' due to the surreal way it looks like a passage to another world. The caves are located right next to a volcano and were carved by volcano-fed hot springs that flow through the glaciers of Kamchatka. The walls and ceiling of the Wonderland are made up of layers of compacted snow. When the sunlight streams through the glacial ice, colors of purple, blue, green and yellow light up the cave. 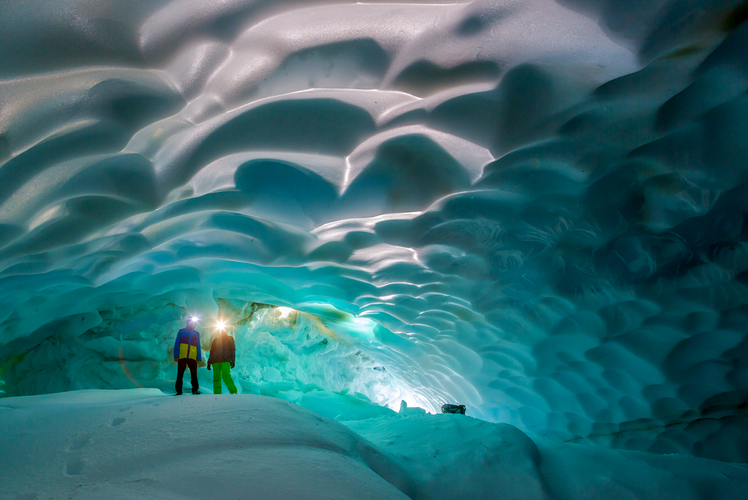 The Enchanted Well is a huge sunken pool located in a limestone cave in Bahia, Brazil. The gorgeous crystal clear blue water reaches down to a staggering depth of one hundred feet. The water is so transparent that you can see the rocks and tree trunks lying at the bottom of the pool. The pool is at its most glorious when the sunlight streams inside the cave and produces a clear blue reflection in the water. 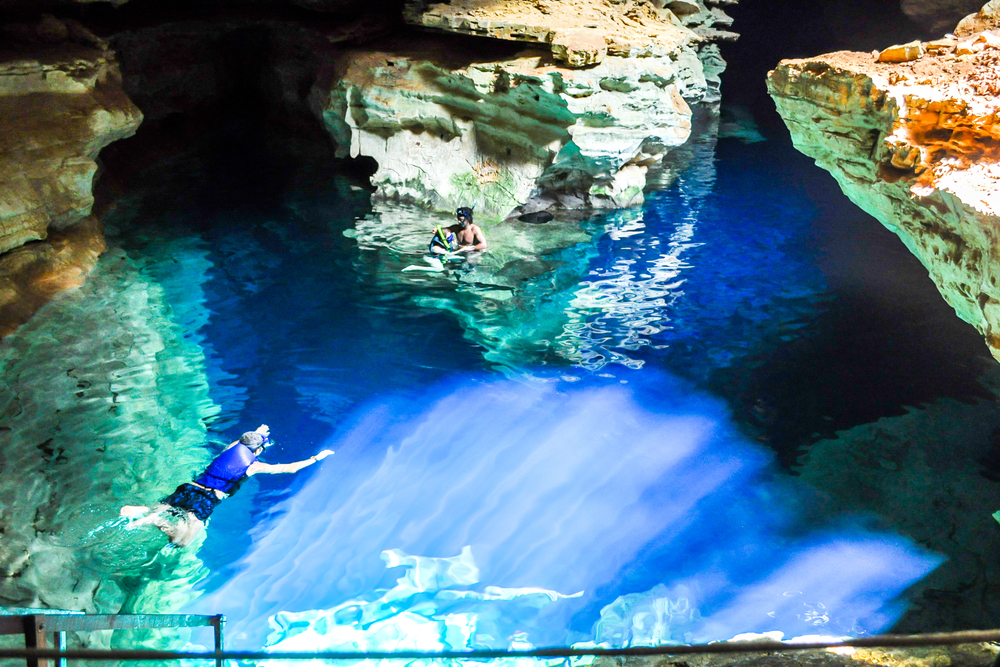 Cathedral Gorge is a stunning geological formation of red rock located in the Purnululu National Park. During the wet season, water pounds through Cathedral Gorge and it has created a huge amphitheater of red rock with a pool of water in the middle. The acoustics of this area are surprisingly tuned, and this has been proven by the fact that music has been played within the gorge. It's best to view this area on a sunny day when sunlight is likely to shine inside the gorge, as this highlights the beauty within it. 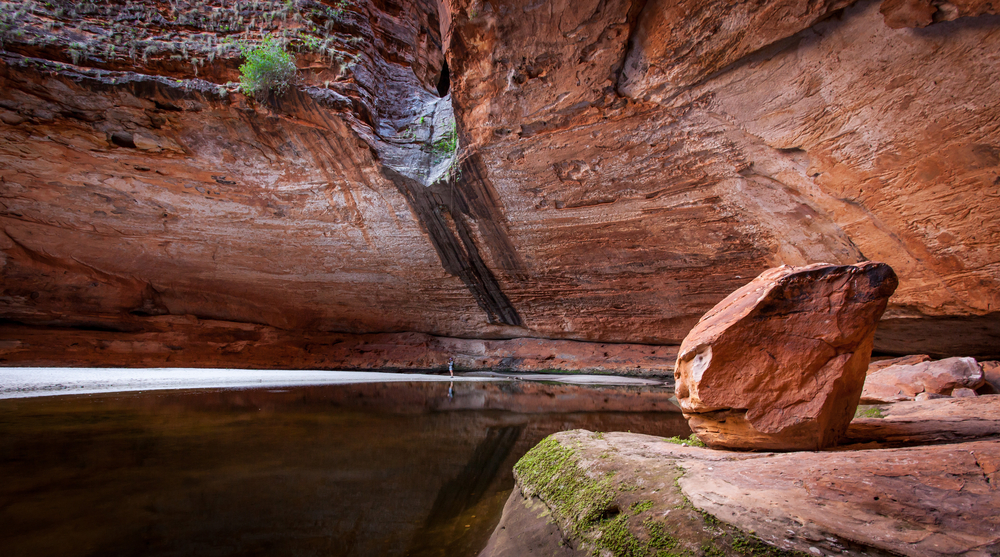 Seljalandsfoss is one of the best-known waterfalls in Iceland due to it being one of the most scenic waterfalls in the world. This natural wonder has a 60-meter drop and is part of the Seljalands River. As well as being a breathtaking view, you can also walk behind it into a small cave - so you can get up close and personal with this mesmerizingly beautiful waterfall. 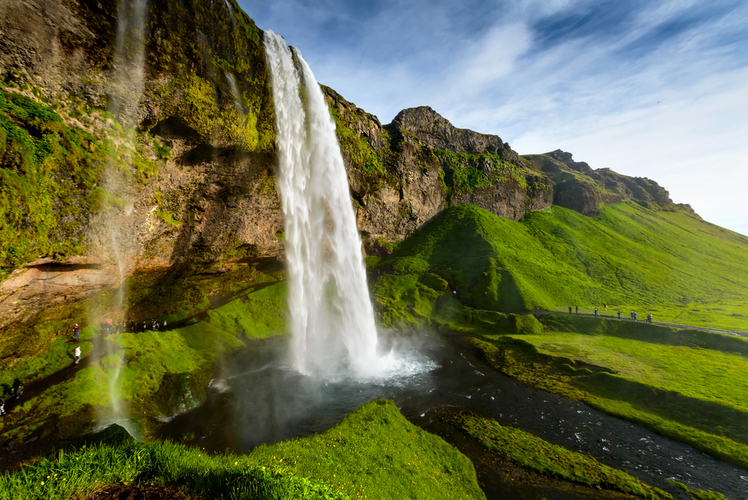 Despite the name, the Red Beach in Panjin, China, is not actually a beach; it is one of the biggest wetland and reed marshes in the world. The red color is formed from Sueda, which is a seaweed that originally grows as green plant life in April and May. In autumn, the weeds turn a striking red hue, transforming the area into an enchanting ruby seascape. Only a small section of the Red Beach is open to tourists, but if you want to see it at its best, try visiting between September and November. 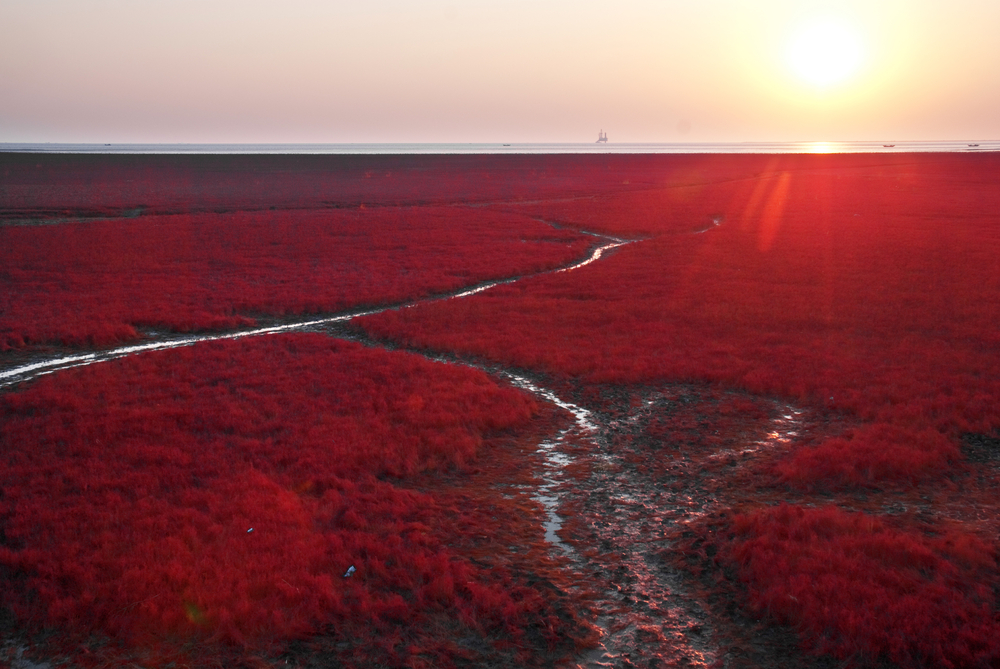 Comment on Unexplored Earth: Natural Wonders Without the Crowds