Unexplored Nevada: Other Things To See and Do In Nevada

The state of Nevada is largely associated with the glittering presence of Las Vegas, but this state has more to offer visitors than just top-rate shows and gambling. From ghost towns and aliens to roads that stretch for miles, here are the less-explored parts of Nevada you may never have realized existed until now.

Here There be Ghosts

In Nevada, there are more than 600 ghost towns, all echoing once-lively communities. The most popular of these may be Rhyolite, which was founded in 1904 according to the National Park Service, and abandoned about ten years later after the gold in the area ran out. This eerie town still has the ruins of many original buildings, including a home made of 50,000 empty beer bottles. A more intact ghost town is Berlin, a former mining town that reached its peak in 1908 and declined soon after. You can still see original furniture pieces in some of its tiny cabins, along with the remnants of its school, a hotel and a cemetery. 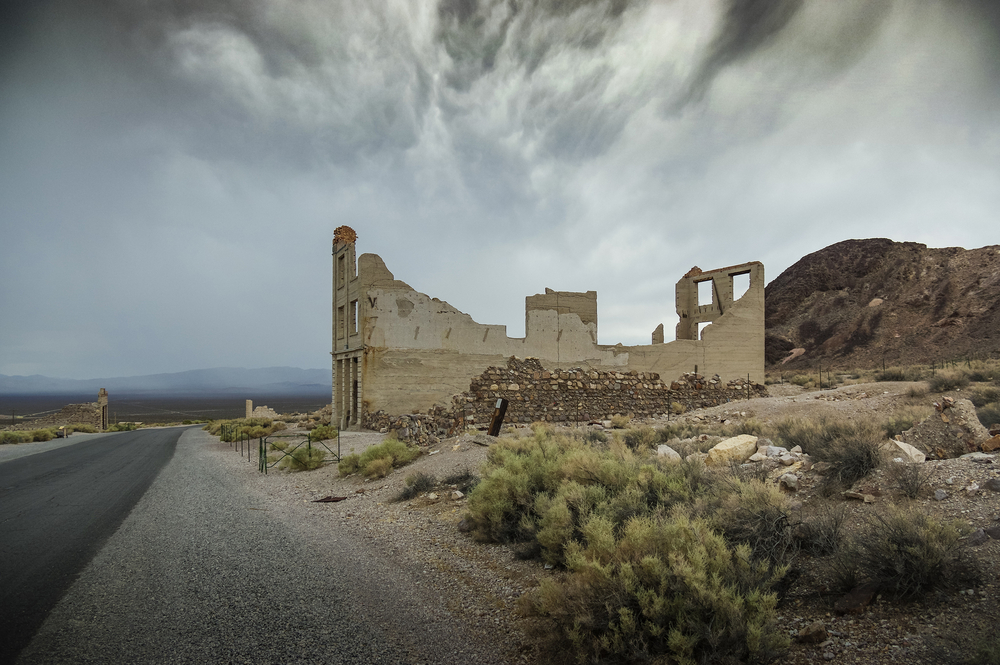 Nevada is a great state for adventurers - especially the outdoors ones. Just west of Carson City is Lake Tahoe, which features outdoors activities all year round. In the summer, there are water sports, hiking and cycling, while the winter brings snowshoeing, snowboarding and skiing. Another popular outdoors spot is Cathedral Gorge State Park, with its stunning spires. You can hit the Miller Point Overlook for a sweeping view, kayak on Lake Mead or even go off-roading in the terrain that surrounds the old mining towns of Dayton and Virginia City. 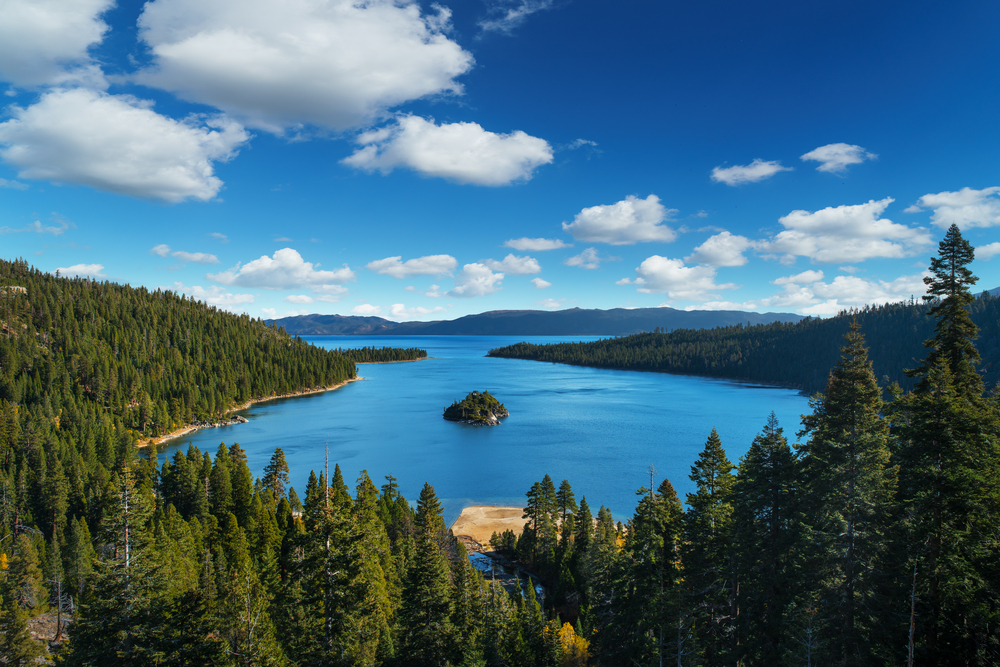 Nevada is the driest state in the country, but not when it comes to libations. There are actually wineries here, including the Pahrump Valley Winery and its yearly grape stomp event, the Churchill Vineyards and the Sanders Family Winery. Beer is also popular here, with Boulder City's Dillinger Food and Drinkery serving up classic bar eats and craft brews. The Tonopah Brewing Company actually makes its own beer and barbecue foods, which is a great to refuel after a long day. 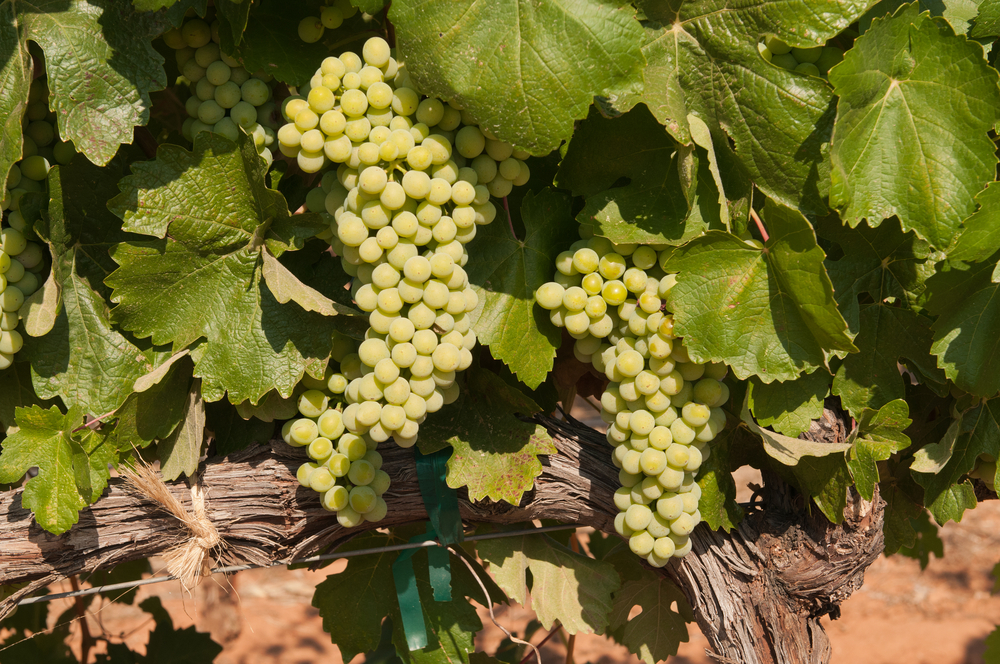 Highway 50, also known as the "Loneliest Road in America", goes on for miles, crossing from Reno to the Great Basin National Park. Along the route, there are many wonderful stops, including the ancient rock carvings in the Grimes Point Archaeological Area, the 1860-era Cold Springs Pony Express station and even a Shoe Tree, which is adorned with knotted sneaker pairs. At Eureka, you can take a look at the restored 1880 Opera House, which also features summer concerts and an art gallery. 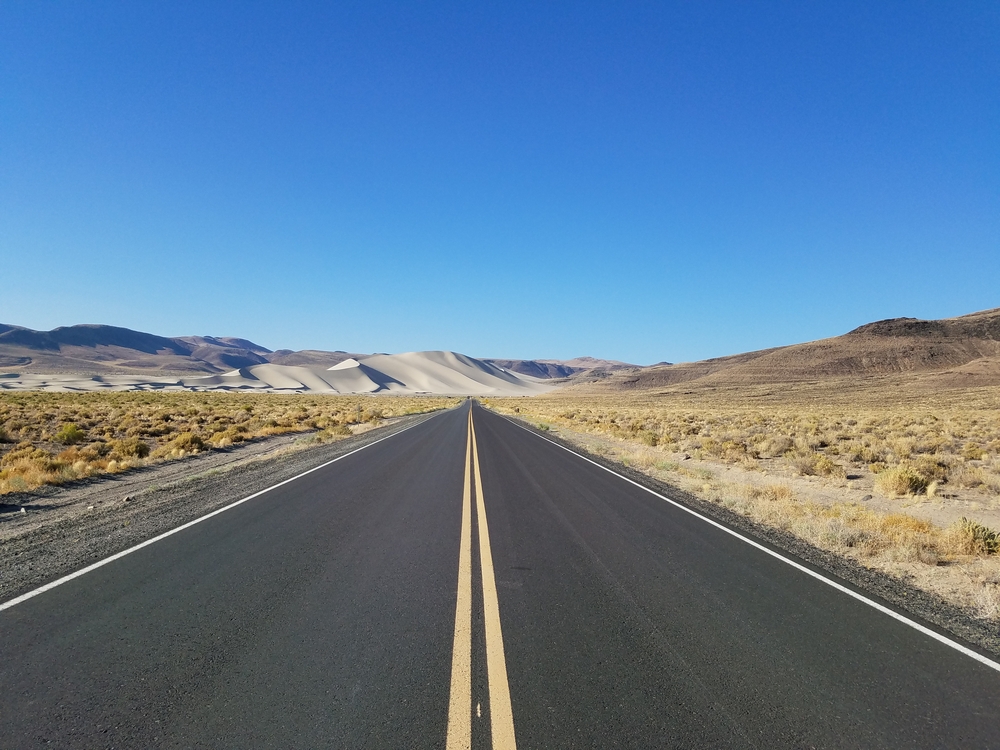 Just northwest of Vegas is the Nellis Test and Training Range, which is where the legendary Area 51 is located. There's a Myth or Reality exhibit regarding this area at the National Atomic Testing Museum in Las Vegas, and the Alien Research Center in Crystal Springs, which comes complete with alien-themed snack foods and a giant alien statue that you can take a photo with. There's also Rachel, a tow truck with a UFO attached, in the Little A’Le’Inn eatery's parking lot. 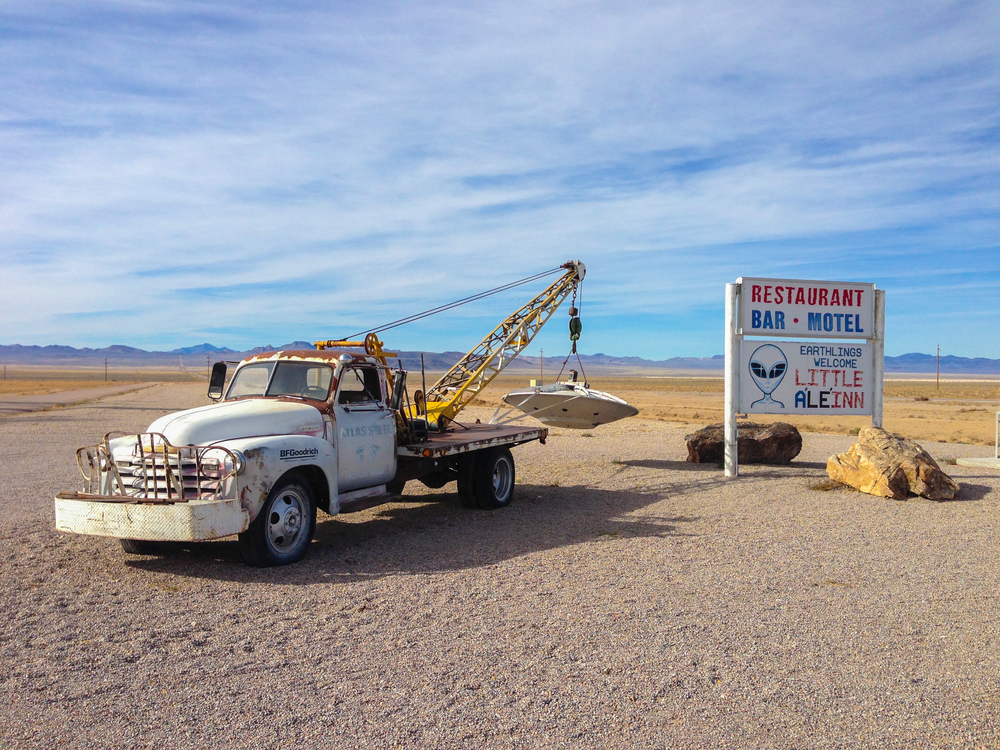 In Boulder City, you'll find the Nevada State Railroad Museum, which has weekend excursions on 1911 Pullman cars on the preserved Boulder Branch Line. In Carson City, you can take a ride on restored cars from the Virginia & Truckee Railroad and see the 1875 Inyo steam locomotive popularized in films such as "Red River" and "Union Pacific." In Ely, there's the East Ely Railroad Depot Museum, where you can see a 1907 depot that has been restored to its original glory and ride on vintage steam equipment if you're visiting between Memorial Day and Labor Day. 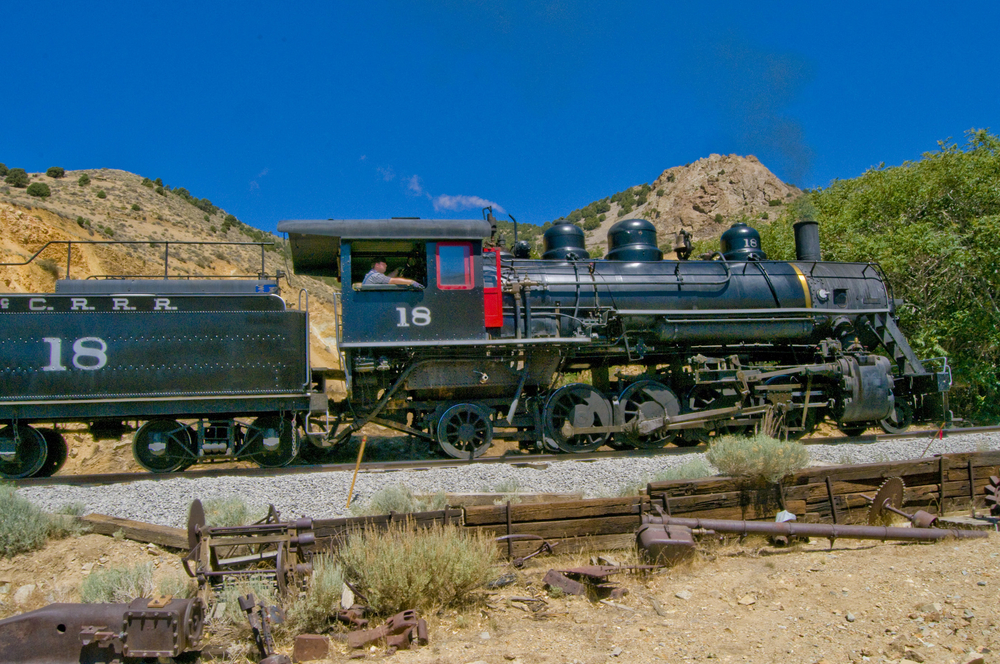 The More Museums, the Merrier

There are wonderful exhibits and art all over the State of Nevada. The Goldwell Open Air Museum, which is right next to the Rhyolite ghost town, is home to a remarkable sculpture garden. Inside of the former Carson City Mint, you'll find the Nevada State Museum, which houses everything from nature to history, with Native American culture examples and even relics of the Pony Express. Reno is home to the Nevada Museum of Art, and the building design itself was inspired by the Black Rock Desert's sandstone formations. Its 1,500 exhibits showcase many parts of the state's landscape. If you're into cars, be sure to check out the Reno’s National Automobile Museum. 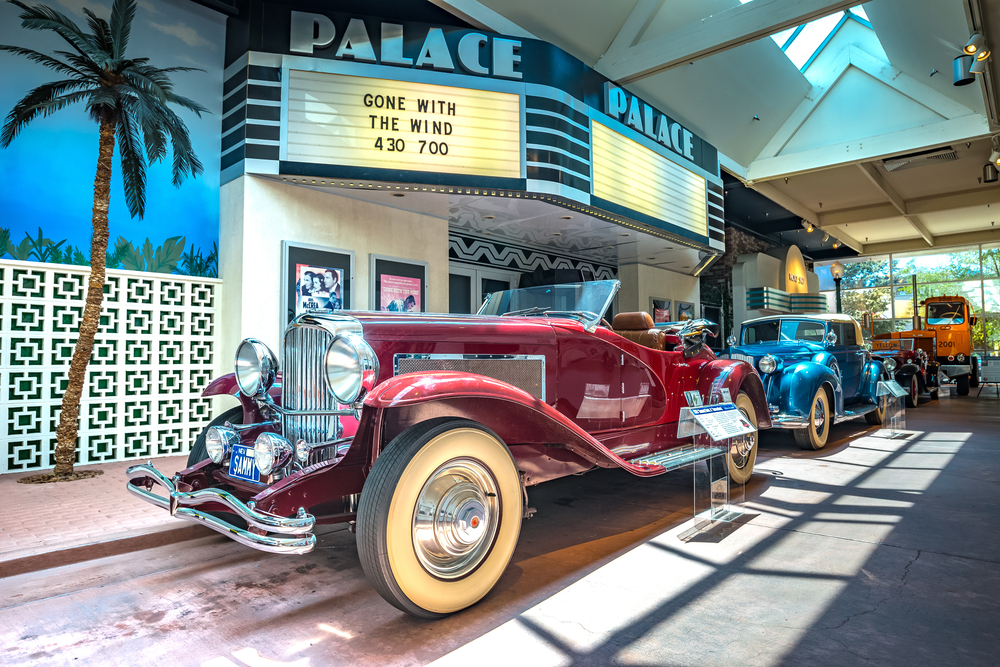 The lights of Vegas aren't the only glittering things in the sky. The open spaces of this state made it wonderful for stargazing, with Tonopah being a popular location because of its incredibly dark night skies. You can visit a monthly "star" party held by the Tonopah Astronomical Society for some expert help. If you want to combine the ghost town experience with some stargazing, get a room at the Gold Point Bed & Breakfast. In your cabin there, you can take in the starlit skies in total privacy. The Great Basin National Park is another great spot for amateur astrology, and each year there is a free festival there with workshops and viewing sessions. 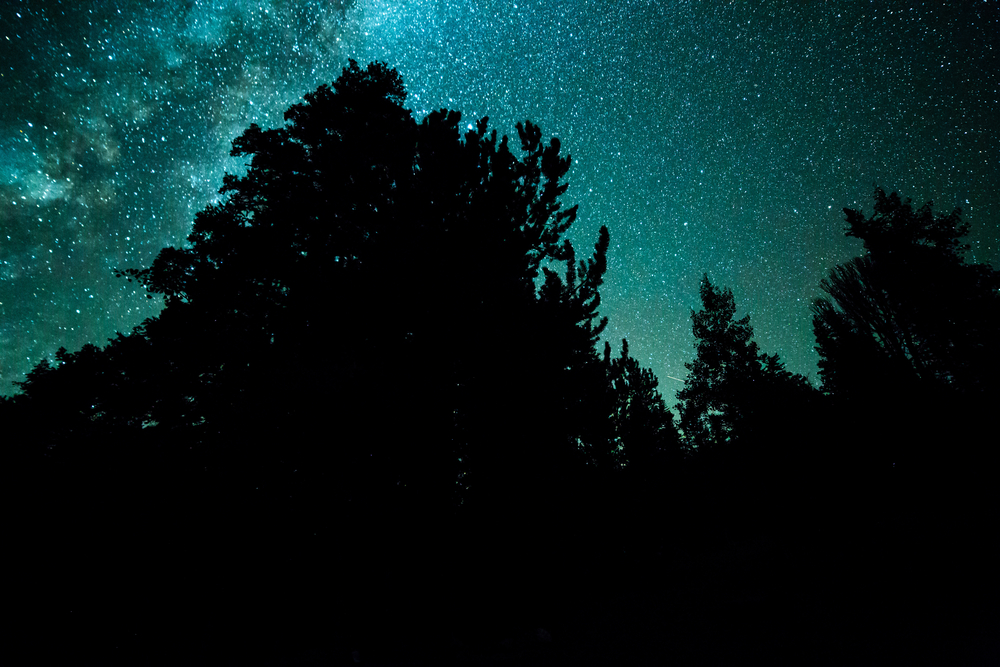 Drink in the Desert

There are plenty of desert landscapes in this state, and there's also a large variety in the terrain, from the wild-looking sandstone of the Valley of Fire State Park to the yucca plants and rock formations of Red Rock Canyon. You can hit up cowboy-themed bars before checking out the breathtaking salt flats of Death Valley National Park, or check out the fabled Black Rock Desert with its land-speed record-breaking site reputation. Even if you're not into the outdoors aspects of desert hiking, you can still enjoy a short day excursion with an experienced company and see the sites from the comfort of an off-road vehicle. 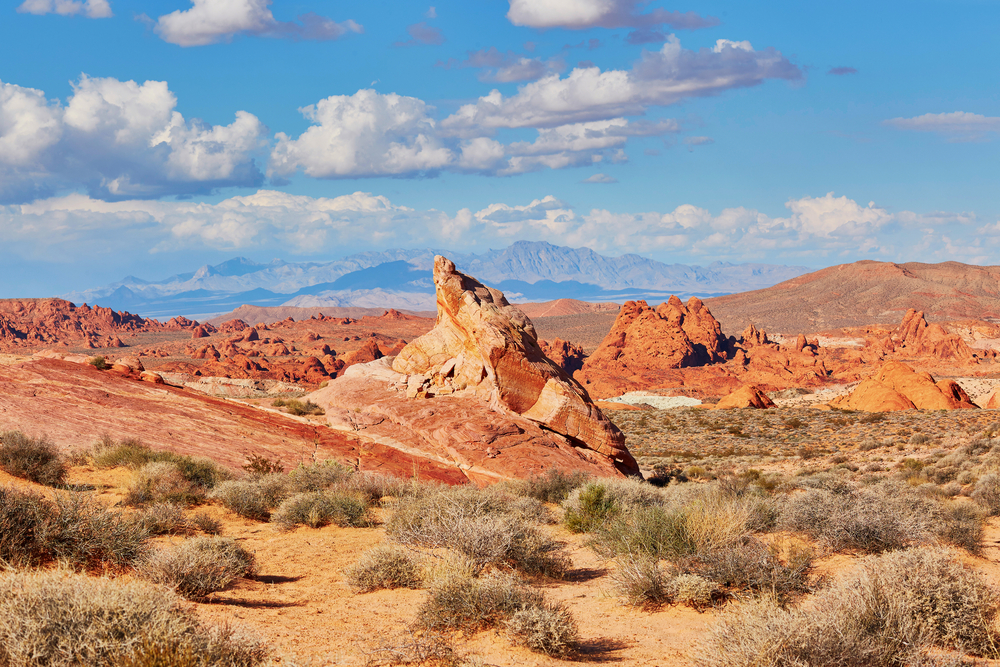 Yearly Events That Should not be Missed

The most famous annual event in Nevada may be the Burning Man, which started out in 1986. This event is held the week before Labor Day in the Black Rock Desert. Thousands gather together to form a temporary community for self-expression and creativity. If you're more interested in cultural events, try Elko, which has Cowboy Poetry in January, and the National Basque Festival in July. In August in Reno, you can take in Hot August Nights, which is a week-long celebration of all that is rock and roll and hot rods. 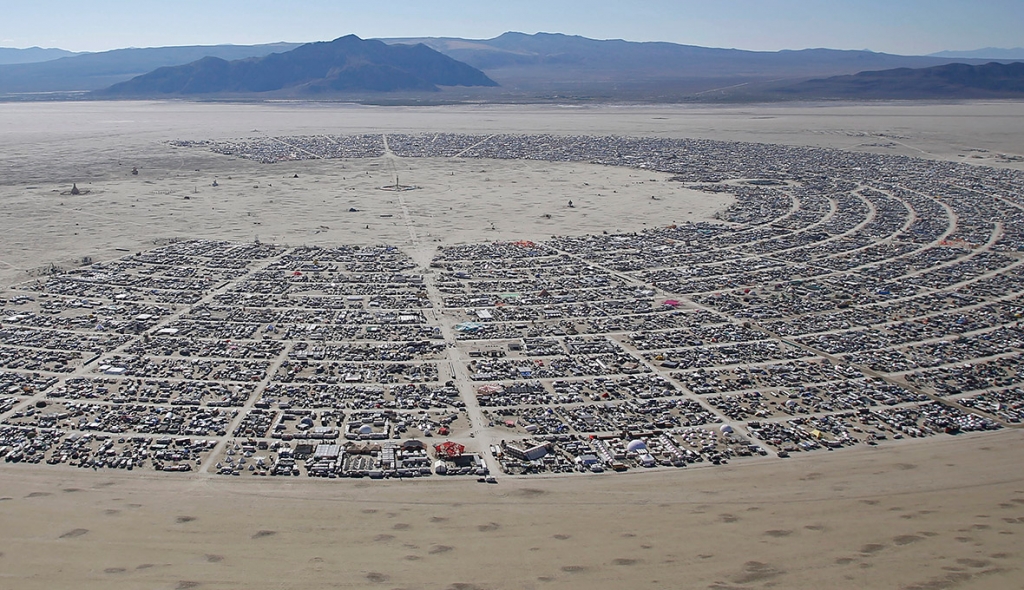 Comment on Unexplored Nevada: Other Things To See and Do In Nevada