When you visit a new city, you’re likely to plan an itinerary focused around landmarks and notable attractions. But what about the animals? Among many of our amazing cities is an abundance of wonderful wildlife just waiting to greet you. From bats flying overhead in Stockholm to whale sharks in the sea near Victoria, you’ll be spoilt for choice on where to go. Take at look at our pick of the best real life urban jungles, and start planning an animal safari like no other.

Experience the ‘real’ maldives away from the fancy resorts and tacky tourist attractions. Many people often overlook Malé in favor of popular vacation spots elsewhere in this archipelago. However not too far from the thriving capital city are the stunning coral reefs, which attract the attention of many divers. And for good reason too. Immerse yourself into the turquoise waters of the indian ocean to discover the abundant marine life including whale sharks, manta rays and sea turtles. But that’s not all. Get ready to be impressed, as the amazing spinner dolphins pass by showcasing not only their magnificent beauty but their incredible acrobatic skills. 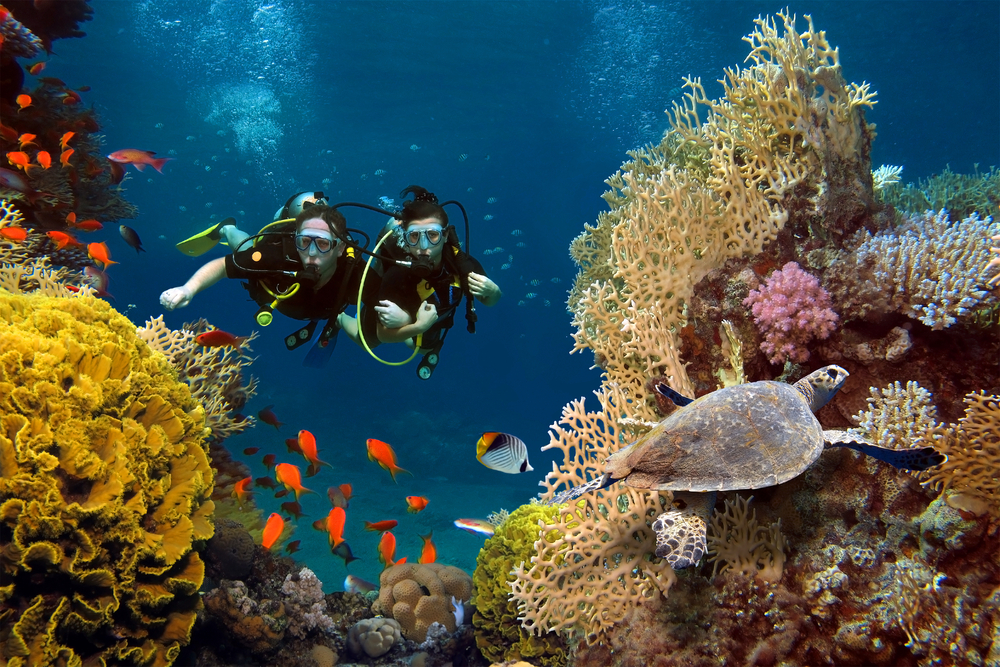 Guindy National Park may be the small, but it’s mighty in wildlife. Deep in the heart of Chennai city, lies this wonderful tropical sanctuary which is home to a huge variety of animals. Among the lush evergreen terrain expect to see handsome blackbuck antelopes, spotted deer, porcupines, jackals and langur monkeys. If you’re a bird lover make sure you bring your binoculars as there’s over 100 species of birds, from paradise flycatcher to night heron. Then head on over to the magnificent Pulicat Lake Bird Sanctuary, 90km north of Chennai. Take a boat ride out to the large brackish lagoon and feel like you’re the only person in the world, as you experience total isolation away from the busy streets of the metropolitan city. Flamingos, white ibis, painted storks and reef herons are just a few of birds you will spot in this serene habitat. 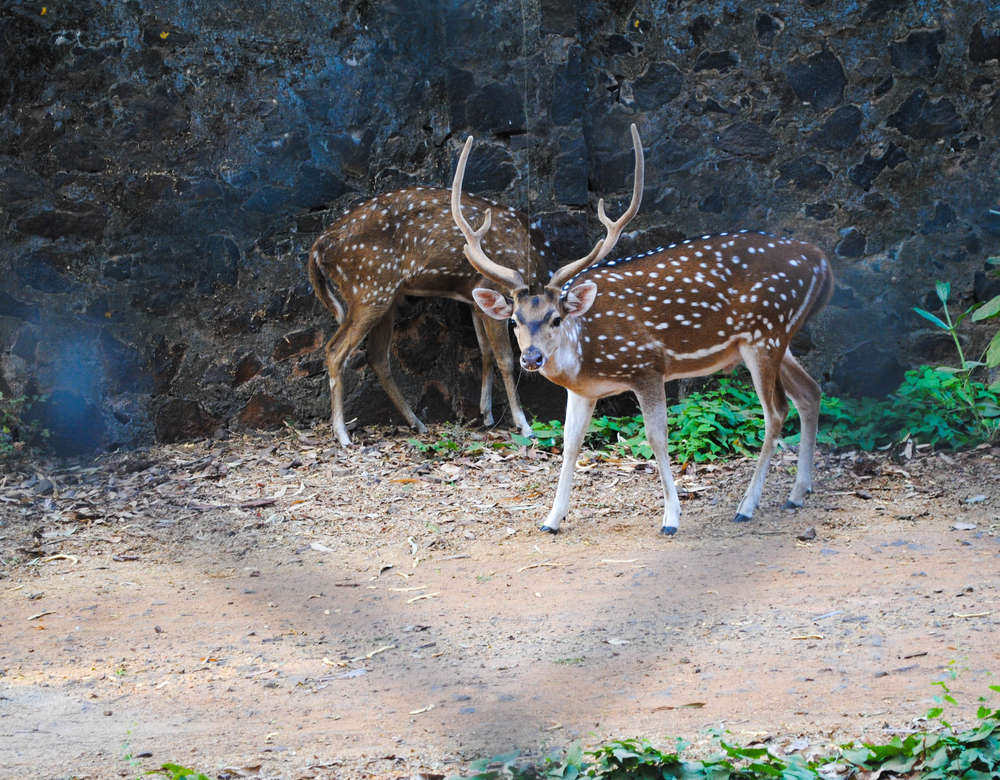 Pack your binoculars and explore one of Europe’s last great wetlands in Arles. This historical french city is bursting to the seams with roman treasures and a noteworthy art collection by Vincent Van Gogh. However it’s not just rich in history, it’s rich in wildlife too. Just south of Arles is the vast Camargue region encompassing lagoons, dunes and marshland. Saddle up on a white horse and take a serene ride around the varied terrain, where you’ll witness the hundreds of bird species tiptoeing through the briny pools to catch their dinner. Flamingoes are the most popular bird around this area, so expect to see huge masses of pink as you travel round on horseback. 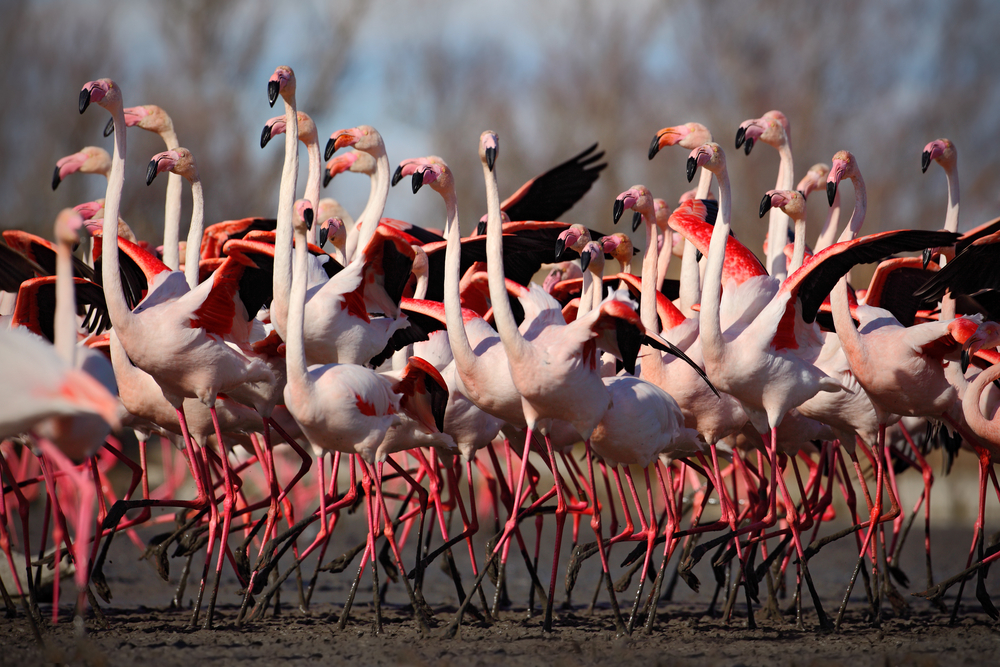 Travel through the rural landscapes of Stockholm and prepare to be stunned by the fantastically rich wildlife in Sweden. Just within the city limits, lies a wonderful countryside of dense forests and untouched lush meadows. Hike through the trees to discover the array of wildlife and colorful birds freely roaming nearby. Look out for the magnificent elks, also known as ‘the kings of the forest’ and the inquisitive wild boars as they forage for food in the evening. Once you’ve exhausted yourself from exploring the woodland area, make sure you don’t leave before visiting the wonderful archipelago. Thousands of uninhabited islands offer a blissful escape from the busy life of Stockholm. Cruise past the forested islands in a kayak for an intimate encounter with the archipelago’s wilderness, including osprey, elk, roe deer and seals. 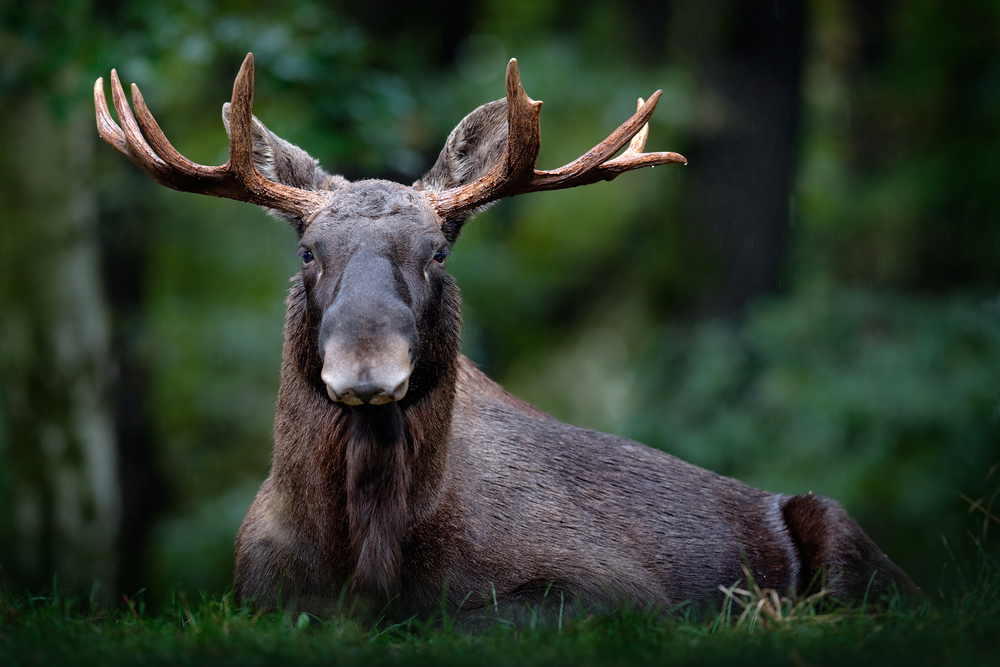 Sitting on the southern tip of Vancouver island is the thriving Victoria city which is renowned for its abundance of wildlife, especially in the water. Climb aboard a boat and cruise through the sea to visit Victoria’s amazing ecological reserves and marine parks. Get ready for some of the most breathtaking sights as you encounter sea lions, seals, dolphins and whales. But that’s just scratching the surface. If you time it right you might be lucky enough to witness the absolutely stunning whale sharks! Despite being the biggest fish in the world, you don’t have to worry about them trying to eat you. Thankfully they prefer plankton to humans. 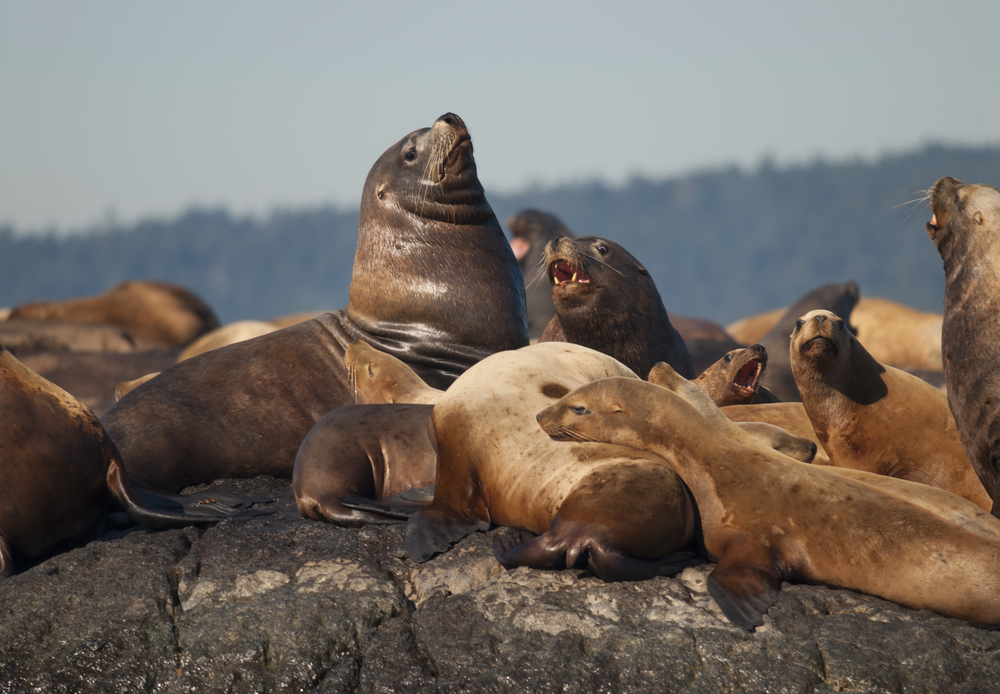 If you’re looking for the ultimate urban jungle, then you’ll find it in Iquitos. Just beyond the busy bars and restaurants of the city you’ll find vibrant rainforests inhabited with an abundance of amazon wildlife. Start your jungle adventure walking through the rare and ancient white sand forests of the Allpahuayo-Mishana Reserve. Gaze up at the endangered animals that call this place home including the equatorial saki and collared titi. Then hire a boat and head over to the Amazon Animal Orphanage and Pilpintuwasi Butterfly Farm. As you walk along the trail, prepare to be entranced by the dazzling colors of the several species of butterflies, as they beautifully dance in the air to greet you. 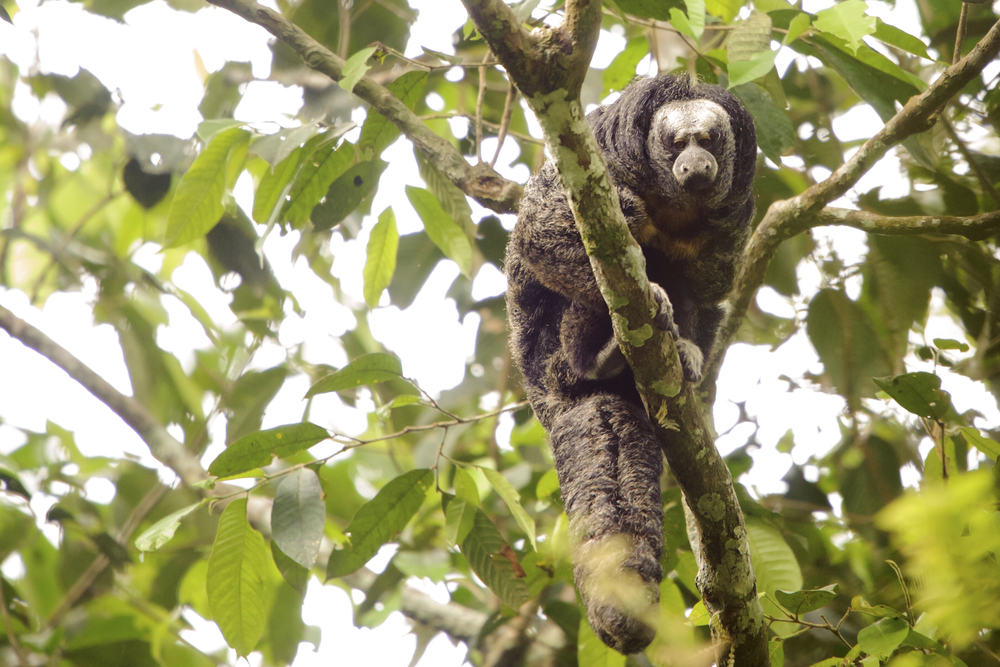 Surrounded by pristine parks and fantastic lush reserves, Brisbane is a haven of natural beauty and wildlife. However the real action happens at night time. As dusk falls, look up to the skies to witness thousands of bats fly overhead. But there’s no need to get into a flap. These are fruit nibblers, not blood suckers. Go on a batty boat trip across the tranquil Brisbane river to see the spectacular flyout. Nothing can prepare you as you witness the sky filled with thousands of the black flying fox, the grey headed flying fox and the little red flying fox. 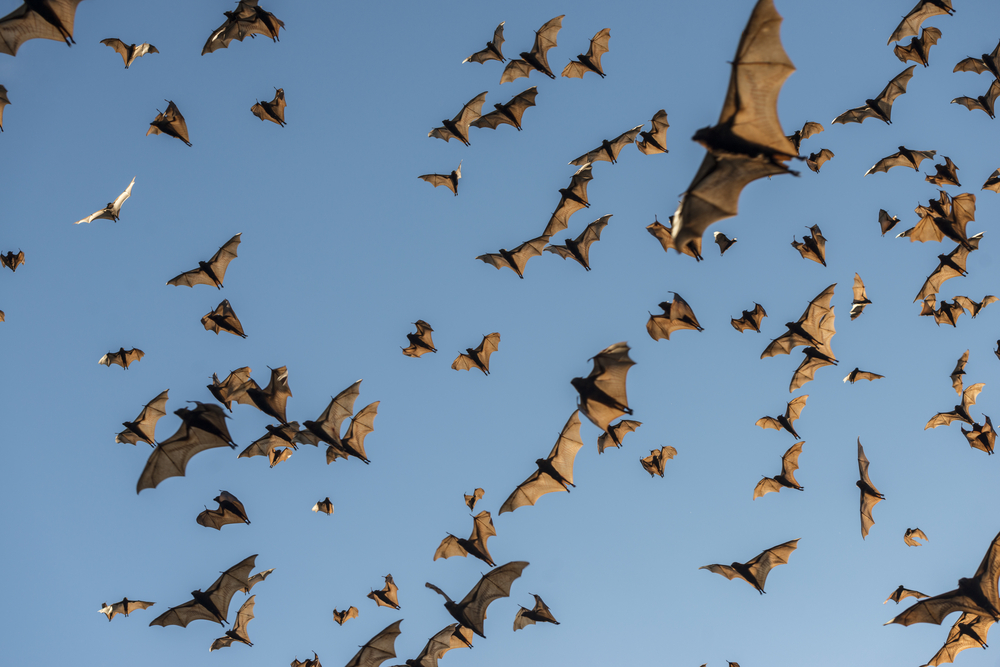 Just north of the bustling metropolis of Chéngdū, explore the lush green oasis of the Chéngdū Panda Base. Founded in 1987, with only six pandas, the center is now thriving with giant pandas, red pandas and golden monkeys. Breathe in the fresh air and explore this huge bamboo dominated sanctuary where you’ll witness the magical sight of pandas roaming round together. If you’re lucky, you might even get close enough to touch them. Although you can find pandas in many zoos around the world, make sure you visit here during your trip to China, as it is an experience like no other.

In Belize City, animals are one of the star attractions, and for good reason too. Start off your journey of this city’s animal wonders with a visit to the Community Baboon Sanctuary. Hike your way through the majestic rainforest and uncover the dense of population of over 2,000 black howler monkeys in their natural habitat. Then step inside a canoe and go for a relaxing ride along the Belize River. As you slowly meander along the water you’ll see a myriad of tropical birds such as toucans, parrots and egrets up in the sky. Remember to look down though, as amongst the lush riverside vegetation you’ll find many monkeys and iguanas just chilling out. You might even spot the modestly-sized but exceedingly strong Morelet’s crocodile. 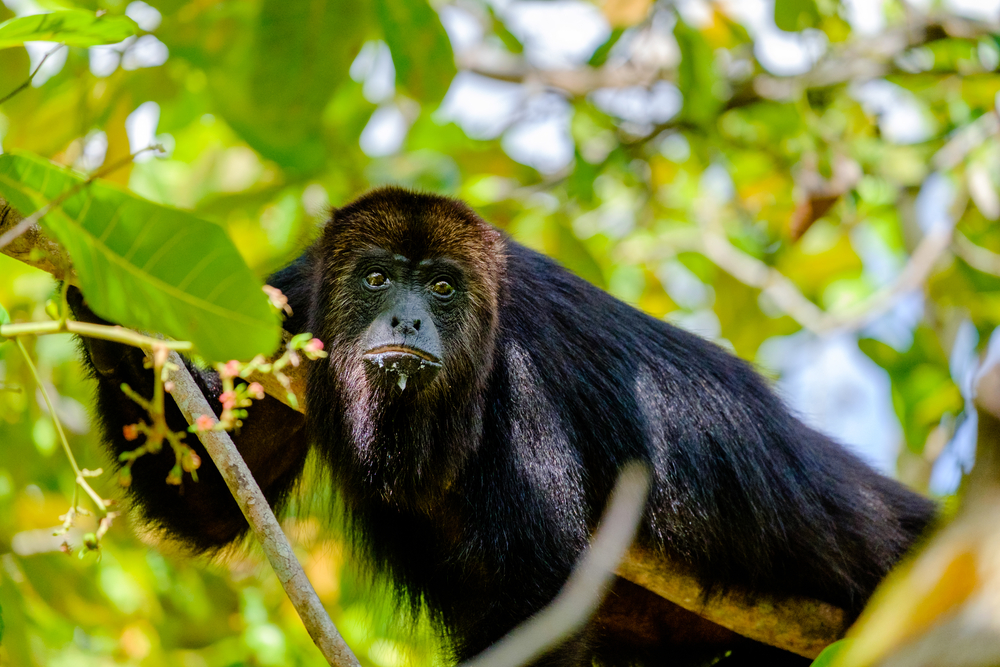 It’s not every day that you’ll witness the spectacle of wildlife roaming around grass plains, against the backdrop of a city skyline. But on the doorstep of Nairobi’s manic concrete jungle that’s exactly what you’ll find. Weave your way through the lush forest and wetland of the extraordinary Nairobi National Park and marvel at the huge variety of animals. Among its residents are the endangered black rhino, lions, leopards, cheetahs, hyenas, giraffes and buffalos to name a few. Afterwards, make sure you don’t miss the wonderful Langata Giraffe Center, where you can hand feed the adorably cute Rothschild giraffes. If you’re brave enough, put a pellet between your lips and await a big sloppy kiss from their ginormous black tongue as they gently take the food off you. 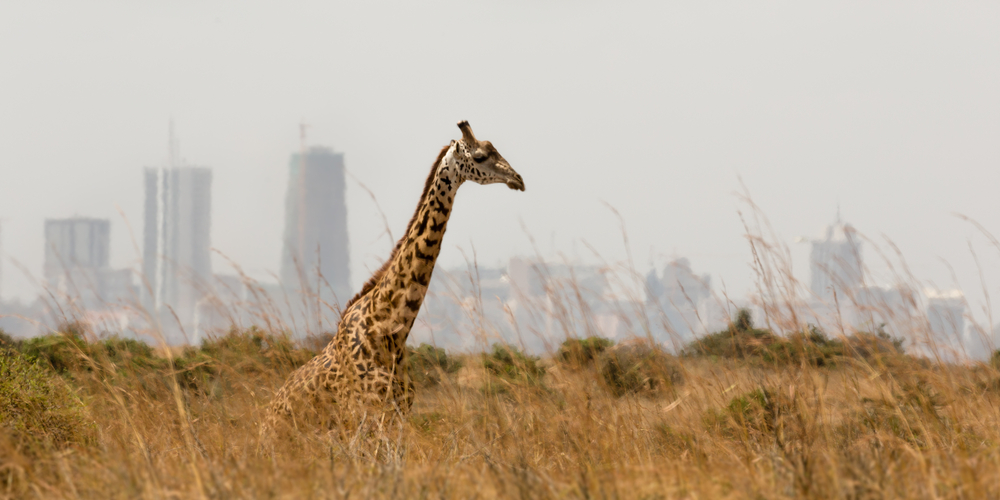 Comment on Urban Jungles: Cities With The Best Wildlife