Winter Foods You Can’t Miss While You’re in Europe

Top dishes and underrated delicacies on the European food trail

Winter in Europe is a pretty magical time, with festive outdoor markets and the camaraderie of cultural traditions. It’s also the perfect time to sample some cherished regional recipes, and whether your taste is sweet, salty, or just plain different, your perfect winter dish is waiting somewhere along the cobbled streets. If you don’t have time to taste everything, at least try these deliciously memorable meals while you’re touring the continent.

Who knew so many countries could do such wonderful things with shredded cabbage? Called choucroute in Alsace and Switzerland, sauerkraut in Germany, and zeli in the Czech Republic, this hot, rich and sour cabbage dish takes on the flavours of each region, so you can expect to encounter different versions. Piled high with sausages and bacon, simmered slowly with broth and spices, or served with dumplings and even roasted fish, this dish has been known to convert wary travelers into cabbage-lovers. Don’t pass up the opportunity to taste the local version wherever you happen to be. 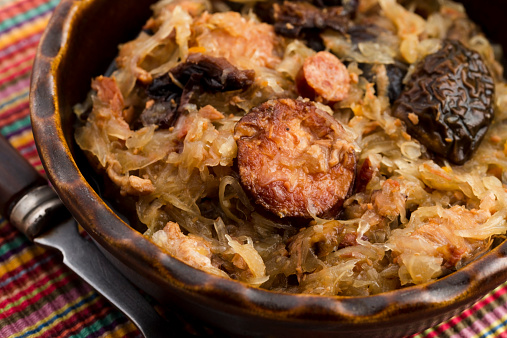 The name may be confusing – it’s certainly not related to rabbit, and there’s nothing “rare” about it – but its cheesy delight is universally appealing. This Welsh invention goes well beyond the grilled cheese: sharp cheddar cheese, butter, milk, egg yolk, beer, and a few key spices make for a rich and tangy, thick and silky cheese sauce to top buttered toast. 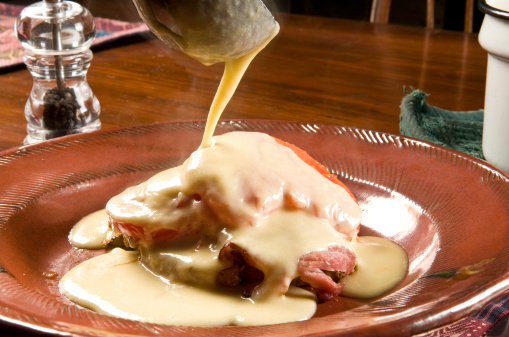 This British staple was made for cold, drizzly winter days in the isles. A soft boiled egg is encased in sausage, breaded with a seasoned crumb, and deep fried until everything is rich, savoury and piping hot. The hearty, rich flavor is sure to delight any meat lover, but the play of textures is what makes it truly extraordinary. A little fatty for your palate? Try it with a pint of bitter to cut the grease. 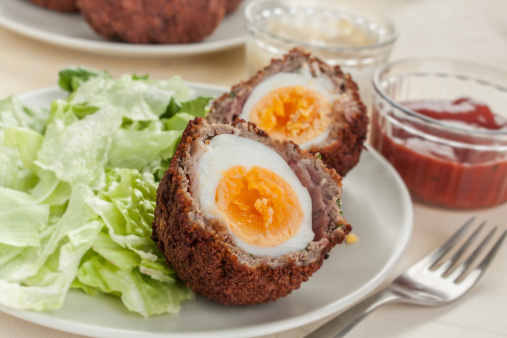 Melted cheese, crème fraiche, potatoes, onions and bacon – tartiflette sure sounds like a rustic medieval delicacy, but it was actually invested as a marketing manoeuver just a few decades ago by the region that produces reblochon cheese. The traditional recipe includes an entire wheel of reblochon sliced into two circles and placed face down on top of a creamy potato casserole and baked until bubbly. As if you needed more convincing, it’s one of the cheapest molten cheese dishes you’ll likely come across. 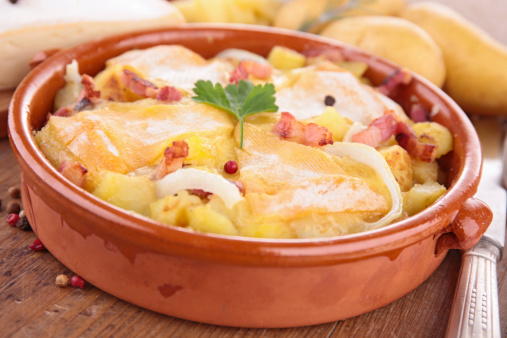 The Swiss have a long list of national and regional specialties that rest firmly on a block of cheese. You’ve probably tasted fondue, but raclette is a slightly different experience (though just as traditional): a block of slightly pungent cheese is mounted on a block and sat close to open coals, and as it melts, the surface is scraped off onto a bed of boiled potatoes, onions and small sour pickles. Few things will warm you up faster on your tour through a chilly, open-air Christmas market in Switzerland. 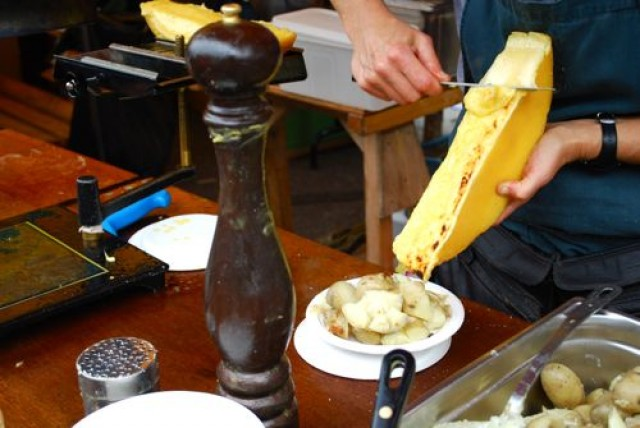 It may seem like a remnant from a lost era, but Europe embraces the roasted chestnut like no other place on earth. Since they’re grown in Italy (as well as Turkey, Portugal and Spain), they’re fresh, which promises a tender, moist flesh. Sidle up to one of the small carts that line the main city squares, and indulge in a popping hot packet of roast chestnuts fresh from the grill. Peel them while they’re hot, and enjoy the rich, slightly sweet treat while you walk around the sites. 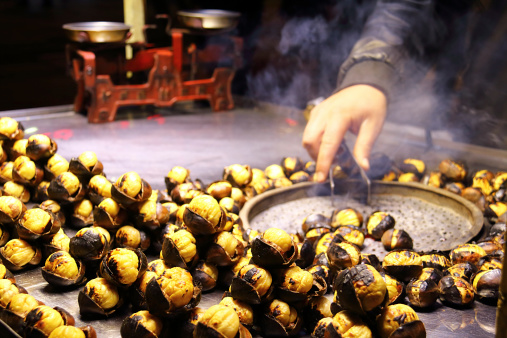 Perhaps it’s the prevalence of apples or maybe that universal love for flaky pastry, but apple strudel is one dish that’s created lovingly all over Europe, with lots of variations. For instance, cooks sprinkle in pine nuts and lemon zest in Italy, while the German tradition sticks offers up apples, cinnamon, and raisins in a very buttery crust. In any case, it’s one of the most deliciously spiced and delightfully warming sweets that you’ll come across in winter. 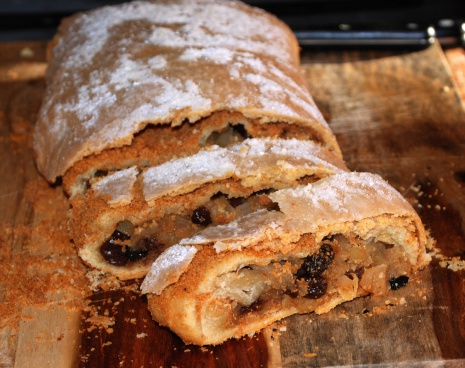 One of the best aspects of winter cuisine in Europe is that it lives everywhere – from little bakery counters, to swanky bistros, to shacks along the streets. The most authentic dishes are often the most humble, so be sure to taste what the street vendors have to offer.