15 Things To See And Do In Scotland

Don’t be fooled by its size: for a small country, Scotland punches well above its weight. Shrouded in history and folklore, blessed with breathtaking landscape and populated by charming people with an accent that’s almost as indecipherable as it is utterly charming, you may well find that you’re shorter on time than you’d hoped, but you definitely won’t be short of ideas about things to see and do in Scotland.

Stretching for 23 miles between Inverness and Fort Augustus, these deep cold waters are home to an elusive giant, affectionately known as Nessie. Or so the legend goes. Despite its waters having been repeatedly searched for evidence of Nessie’s existence, there’s nothing much to support that she is actually real, but don’t let that put you off, as there’s plenty of other wildlife to be spotted. You can drive the Loch’s 70 mile perimeter, road trip style - it’s recommended that you travel anti-clockwise for the best views - or head up to Urquhart Castle for sweeping views out over the water, plus an impressive chunk of history. 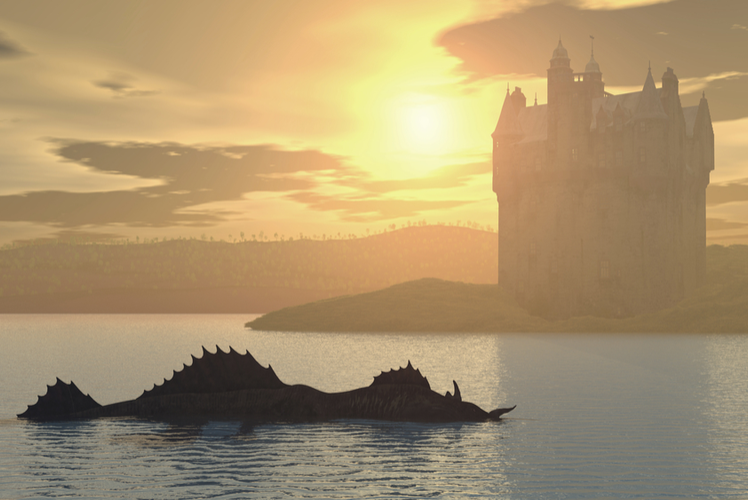 These amazing horse head sculptures stand at 30 meters high and are an incredible spectacle, whether by day or night. They weigh more than 300 tonnes each and were created by artist Andy Scott, representing the legendary strength of the working horses that have played such a huge part in Scottish industry and economy; tours will take you inside the heads for a unique look at their engineering. Located in The Helix, a huge parkland situated between Falkirk and Grangemouth, there are also plenty of activities to engage in here, ranging from watersports, to hiking or cycling the vast network of trails. 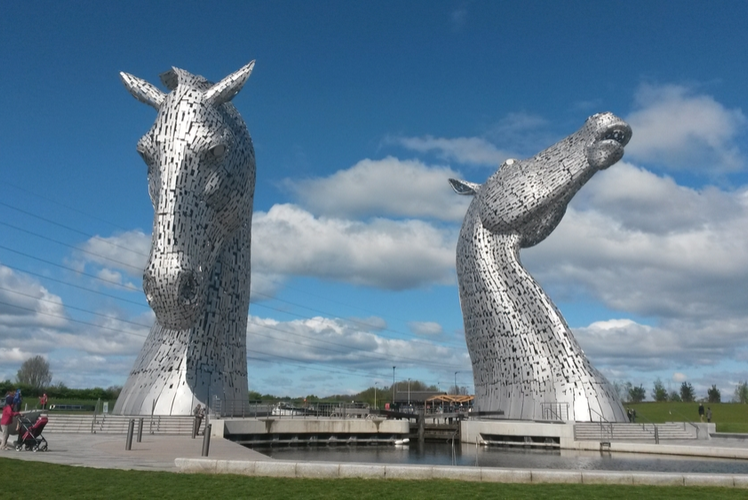 Think Scotland, think whisky - and with over 100 active distilleries spread across five whisky-producing regions (Campbeltown, Highland, Islay, Lowland and Speyside) you won’t lack for opportunities to learn more about the country’s national drink and biggest export, which is created from pure stream water and golden barley, before maturing in oak casks for at least three years. Various whisky festivals are held throughout the country each year, offering plenty of opportunities to find your dram of choice and to learn about the nuances of flavor that come through in each variety, with the region of production, its water and its peat having a huge impact on the final taste. 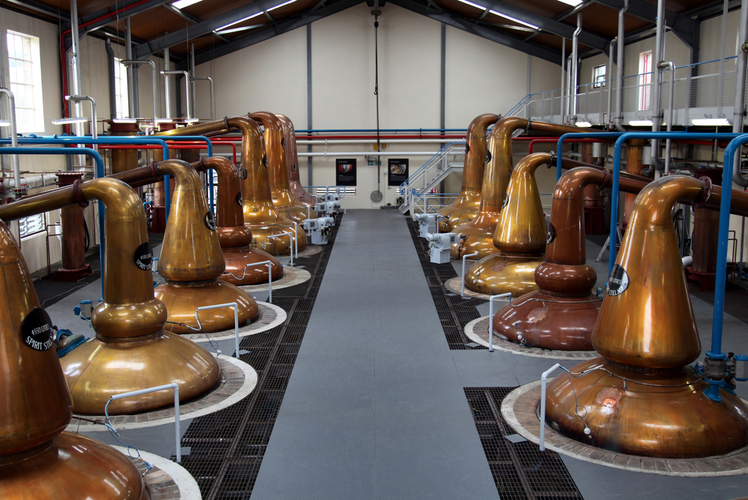 Forget the pink sand beaches of the Caribbean - they have those in Scotland too, you know! The Angus coastline, on the country’s east side, is tinged by pink sandstone - head to secluded Lunan Bay to enjoy these in a sheltered haven backed by sand dunes. This beach has the additional draw of being overlooked by the remains of a 12th century fortress called Red Castle, which was originally built for King William ( the Lion) of Scotland as a defence against Viking invaders. There’s a cave and an arch at the northern end of the beach; keep your eyes peeled as you make your way towards it - this bay has a reputation for being a good spot to find agates and gemstones among the beach-pebbles, especially after a storm. 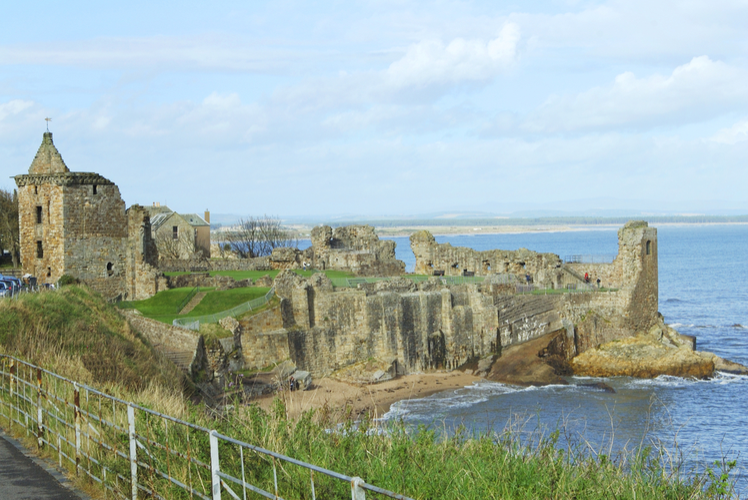 Imagine a storm so wild that it strips the surface of a sand dune and uncovers a neolithic village. This is exactly what happened on Orkney in 1850 and, with the outline of these structures intriguingly uncovered, a local set about excavating the site fully. Today, the village exists as a series of eight dwellings, each with the same basic design, linked by low passageways - and the site has now been declared a UNESCO World Heritage Site. Predating the invention of the wheel, it of course raises questions about the engineering methods used by its creators - recent speculation has suggested that seaweed, which was also used in the roofing, may have played a role with its ‘slipperiness’ helping to move heavy stones. 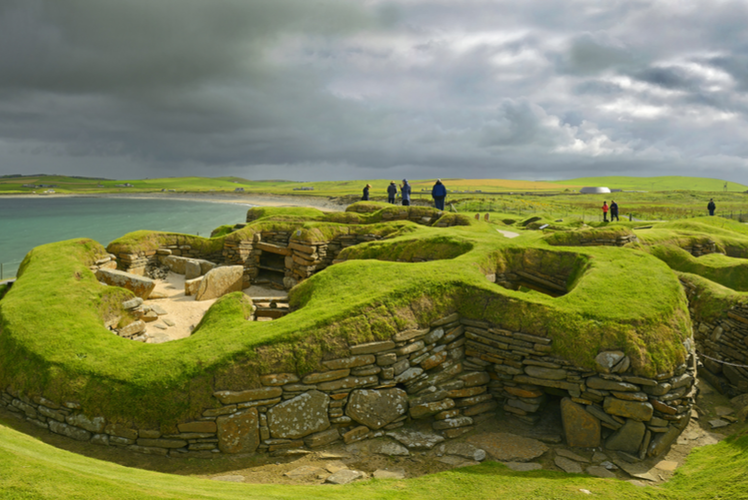 Scotland boasts some of the most scenic rail journeys in the world - pretty much regardless of the time you have available to you, you’ll be able to jump on board a ride that inspires you with its beauty. One of the most popular is the West Highland Line, which heads west from Glasgow and traverses areas completely inaccessible by car, featuring steep mountains, thick heather and impenetrable lochs, as well as some of the most remote stations and buildings imaginable. Harry Potter fans might want to ride The Jacobite, an 84-mile round trip which crosses the 21-arched viaduct recognizable as part of the Hogwarts Express route and offers fantastic views of Ben Nevis. 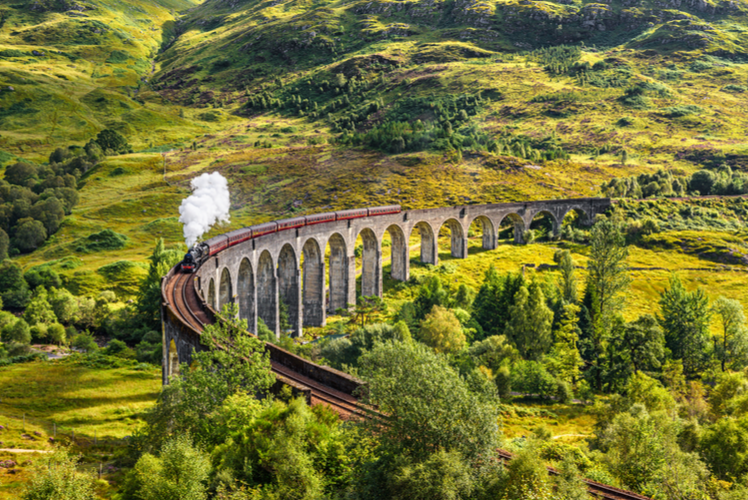 This is the most popular long distance walking route in Scotland, and with good reason - it’s varied, well facilitated and has a whole host of attractions en route. Starting just north of Glasgow, the walk extends for 96 miles to Fort William, in the Scottish Highlands. Of course, some people aim to do the whole thing in a single weekend, which is admirable - but completely extinguishes any hope of enjoying everything the walk has to offer along the way, ranging from a distillery, to epic mountain views, to waterfalls and woods. Our advice? Wear sturdy shoes and take your time. 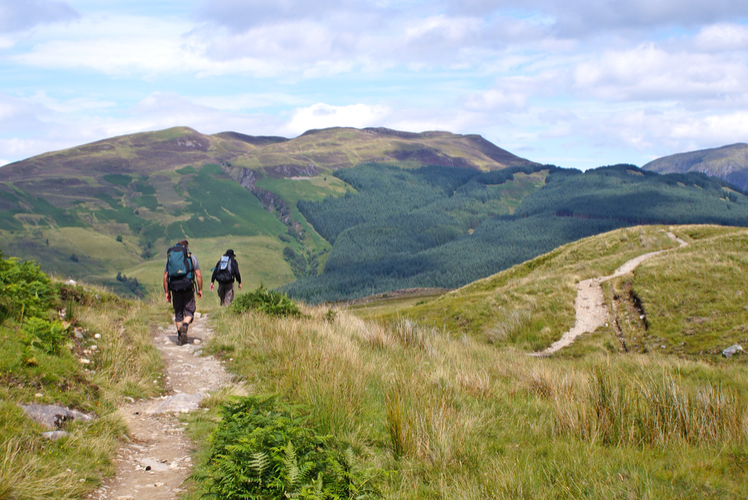 The name is enticing enough, right? Whether you’re going to brave some wild water swimming or just take some incredible pictures, these falls, on the Isle of Skye, are so enchanting that it’s entirely understandable that they’re associated with magic and little people with wings. There are some high jumps for the brave to enjoy, plus sparklingly clear water and a natural arch, under which you can swim. Access takes around 45 minutes and involves a few river crossings via stepping stones but the water, so wonderfully crystal-sharp, deep-hued and enticing, makes any difficulties en route disappear as if by …. well, fairy magic! 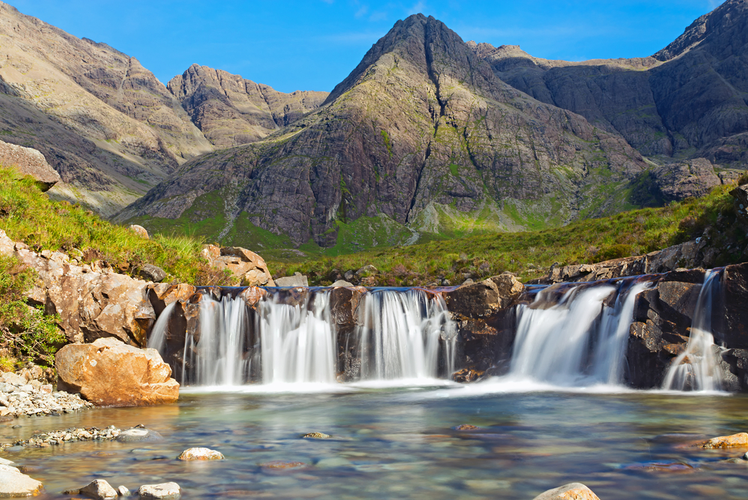 As unmistakably Scottish as kilts, bagpipes are actually believed to have originated in Egypt. You won’t even have to buy tickets for a concert to hear the transportative sound of the ‘pipes - you’ll no doubt hear them played by street musicians and buskers, so take the time to stop and drink in the experience. August in Edinburgh hosts both the Edinburgh International Festival and the Edinburgh Military Tattoo, which provide more than enough pomp and ceremony to accompany the distinctive sound - and if you’re interested to know more, the National Piping Center in Glasgow spans over 300 years of the history of the instrument, and features the oldest surviving Highland example anywhere in the world. 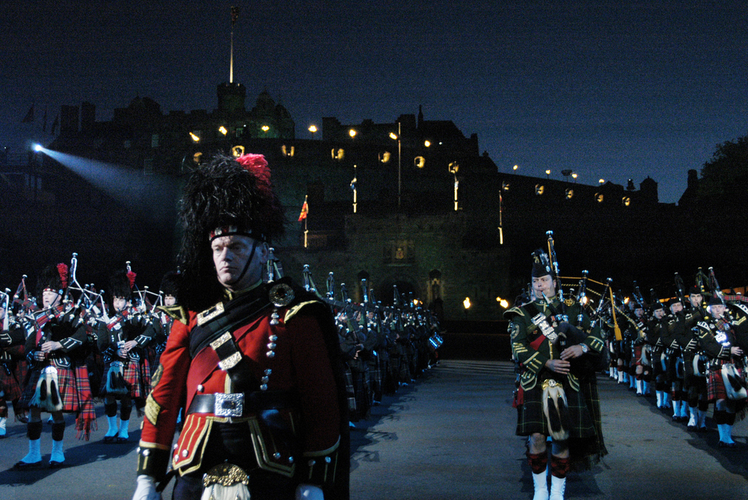 These playful creatures are a highlight of a visit to Scotland, whether you’re an avowed nature lover or not - and since they are resident in the North East of the country year-round, there’s no specific season in which to observe them, so you are likely to be lucky no matter when your visit takes place. Chanonry Point, a narrow peninsula near Inverness, is well-known as a great place to spot dolphins: look out across the Moray Firth when the tide is rising as they come in close to shore to feed - you won’t even need to take a boat trip. Otters are more elusive, but a fantastic bonus if you happen to spy one. 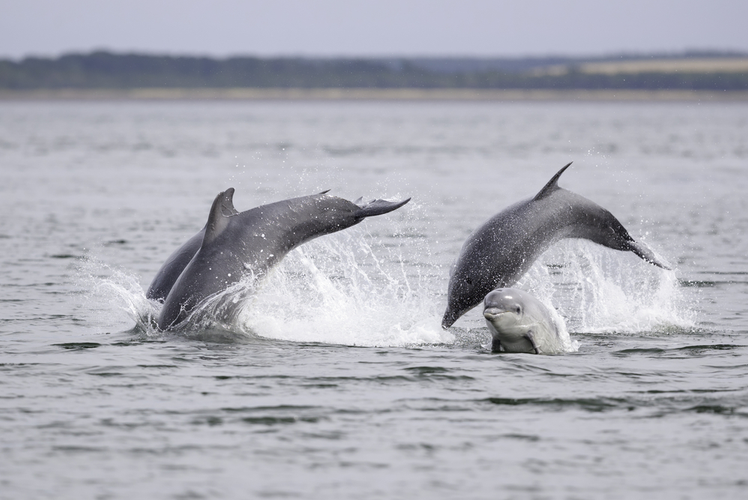 Geometry is tricky enough for most of us when equipped with all the gadgets - trust Mother Nature to get it right without any of the gear! So astonishing is the structure of this cave’s interior - think strangely perfect hexagonal columns - that Felix Mendelssohn was inspired to write the Hebrides Overture after visiting it, and luminaries like Jules Verne, William Wordsworth and John Keats were all drawn to it, too. Since the lava flow that created these pillars is similar to that of Ireland’s Giant’s Causeway, they’ve been linked in a legend that sees them as two ends of a bridge built for a giant’s ancient battle. You can see the cave from the outside via a boat cruise, or tackle the columns on foot from the island of Staffa.

When it comes to Edinburgh, sights like Edinburgh Castle don’t need to be mentioned here: it’s known, it’s majestic, it’s a must. For a macabre alter-view, however, the lesser-known Mary King’s Close deserves a visit, especially if you have a taste for the macabre. Unsanitary living conditions in medieval Scotland were a fertile breeding ground for the Bubonic Plague, also known as the Black Death, and in this confined neighborhood, the results were particularly felt. Myth has it the streets were sealed up and those within left to perish; in any case, it was not re-discovered until workmen digging on the streets above it, which now held The Royal Exchange, accidentally drilled down into its long forgotten and narrow streets.

Anyone who has read or seen Dan Brown’s Da Vinci Code will not be able to visit Scotland without seeing this Gothic chapel. It had sparked the imagination of writers, thinkers and theologists for hundreds of years before this, however - and with good reason: its sculptures are as rich in detail and as baffling as a long-forgotten myth, while the iconography and alleged treasures it holds, ranging from the head of Jesus to the gold of Templars, are vast, secretive and teasing. Originally a Roman Catholic place of worship, it was founded in 1450 and is said by some to have been modelled on the Temple of Solomon. 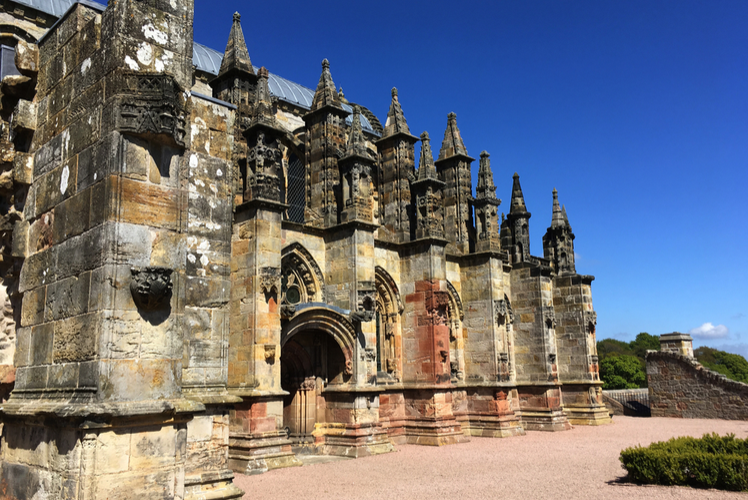 Another jolly suggestion for all the happy travelers out there - how about a cave with an entrance so constricted that a rival clan was able to dispatch everyone who took cover in it by setting a fire at its mouth? A feud between the invading McLeods and the local MacDonalds led the latter to take shelter, few by few, in the cave; wet straw and a flame were then employed by the enemy, allegedly killing all 400 or so of the people hiding by smoke asphyxiation. Human remains found at the site substantiate the story. 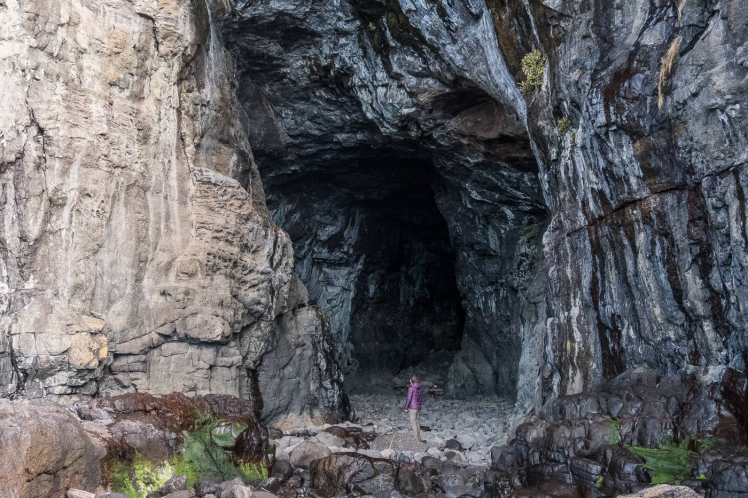 Aberdeenshire is full of gorgeous sites, but for pure fantasy-into-reality, it’s hard to beat the cliff top setting of Dunnottar Castle, which gazes out upon the North Sea as if still watchful for invaders. Believed to have come into being at some point between 5000 BCE and 700 CE, the religious system behind the location would have been influenced by a worship of nature, embodied here in the ‘Green Lady’, with whom this site was strongly identified; only when Christianity arrived in the 5th century CE would the site have been appropriated for Christian purposes. The castle has been associated with many an historical name since then, including Mary Queen of Scots and William Wallace. Whatever you know of this history, the castle’s ruins are breathtakingly picturesque and evocative. 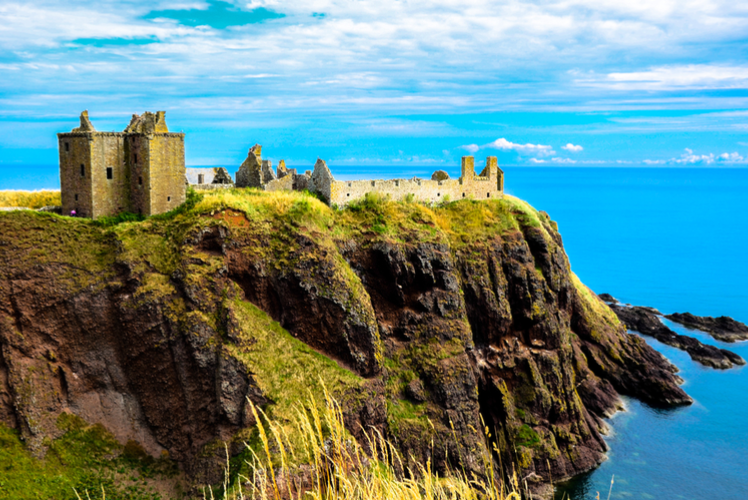 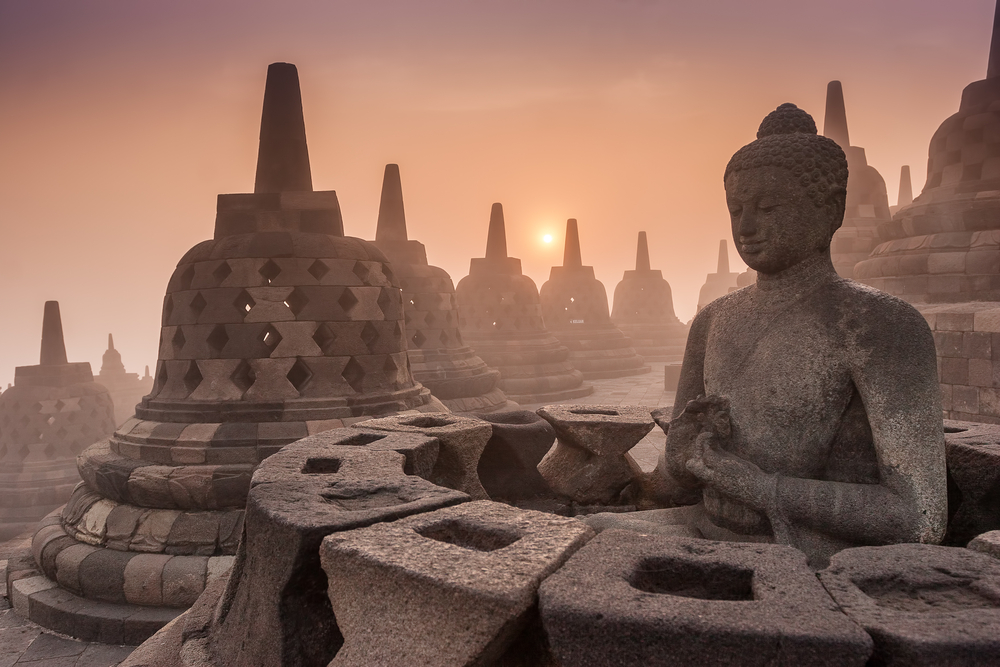 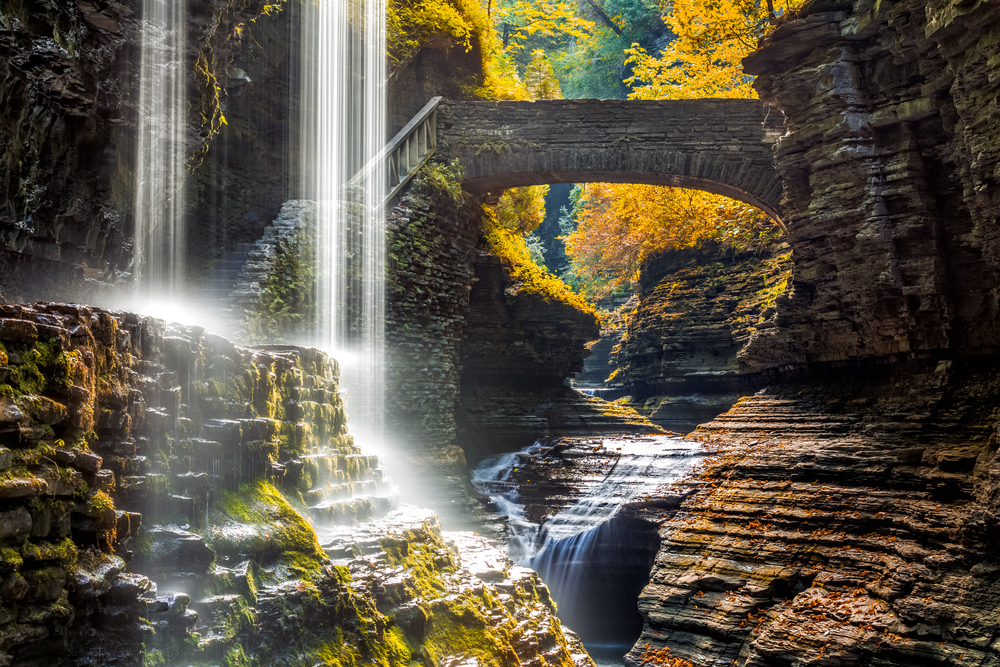 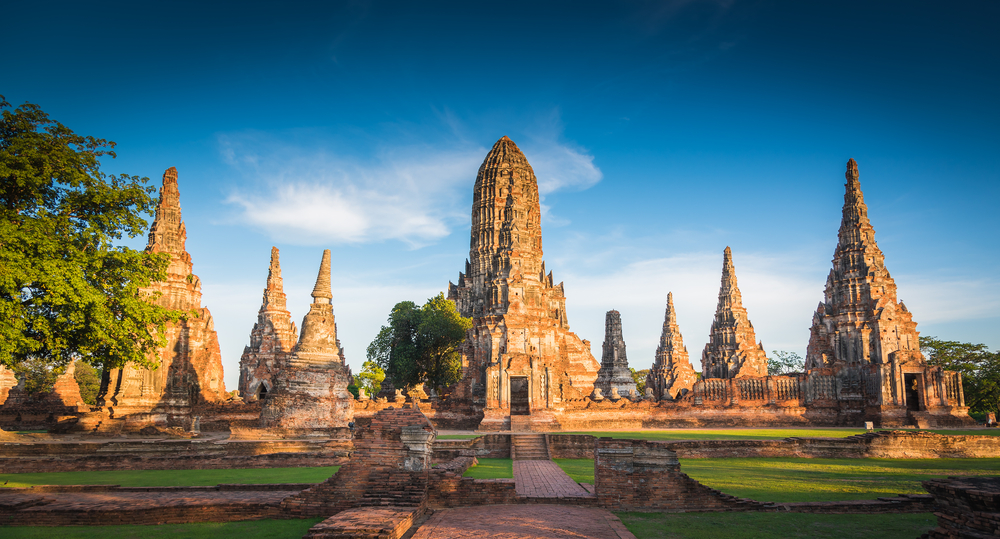 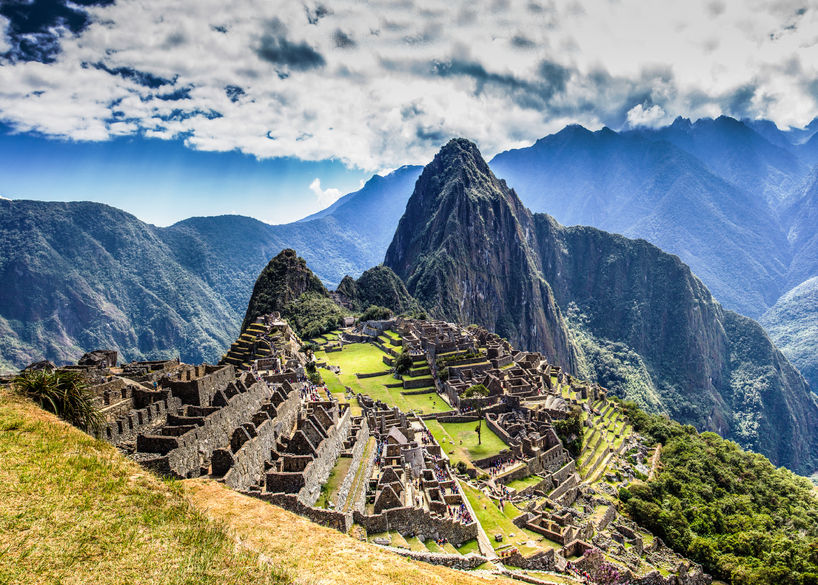 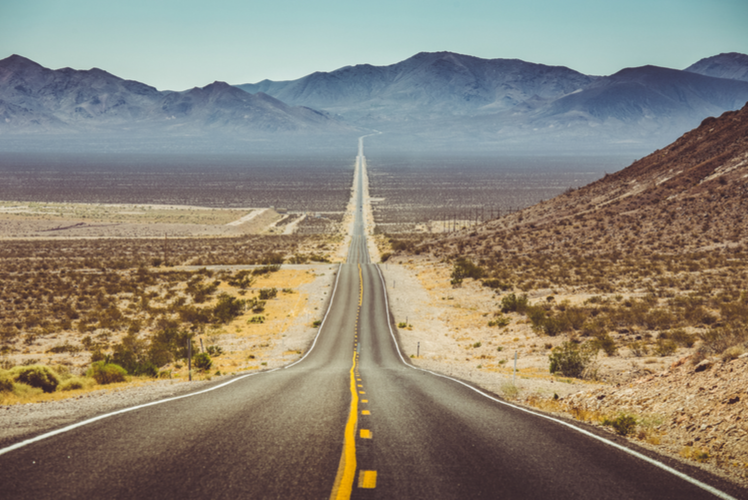 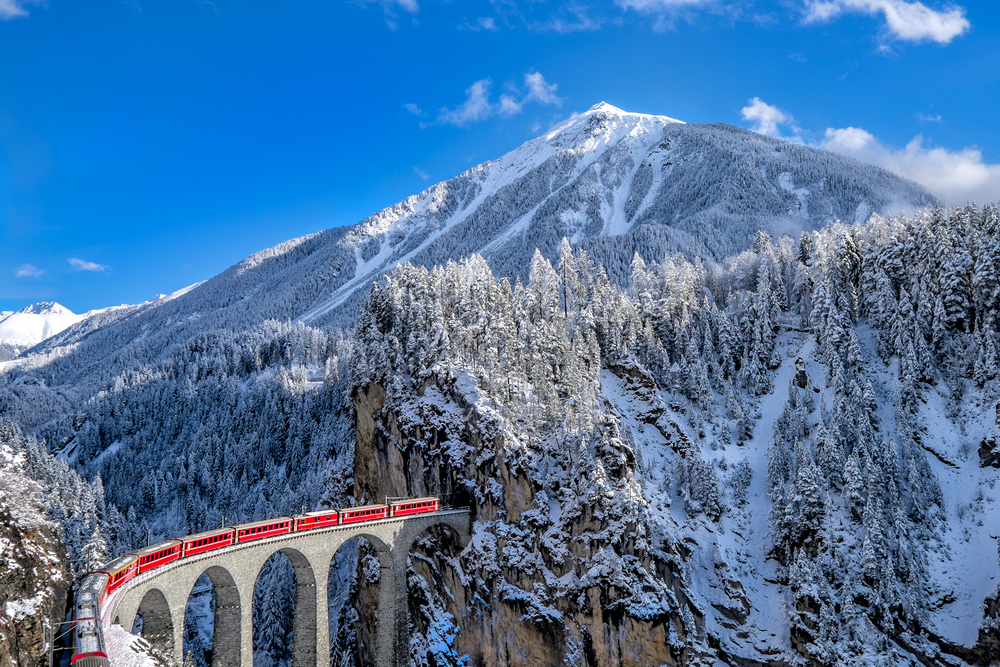 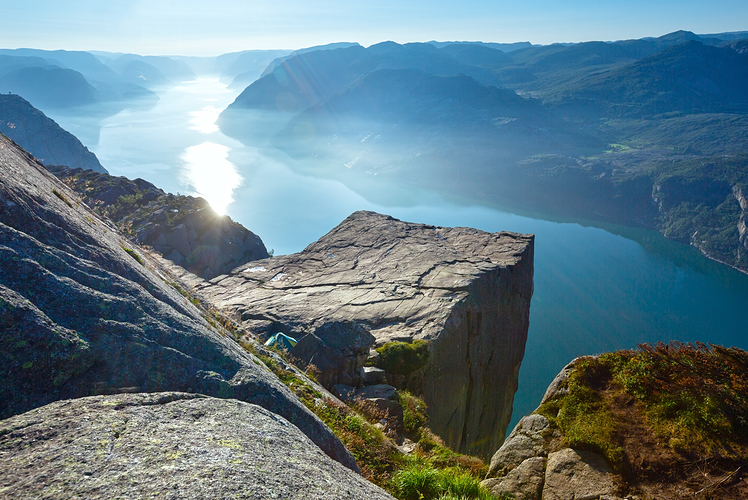